After breakfast in the room, Larry went off to the Hilton. Eileen went to the Jewish Museum of Greece, via metro to Syntagma Square and walking.
The Jewish Museum of Greece first opened in 1977. In 1997, with financial support from the Greek Ministry of Culture and the Associations of its Friends, the Museum moved to 39 Nikis street in the centre of Athens. The Museum includes more than 8,000 objects, the oldest of which are textiles and ante nuptial contracts from the 16th century CE. The museum exhibit areas are: Ground floor--Synagogual artifacts and Ritual textiles; First level--Jewish holidays; Second level--History of the Greek Jews; Fourth level--Shoah area; Fifth level--Costumes; Sixth level--Everyday life. The restored interior of the old Romaniote Synagogue of Patras is arranged on the ground floor, along with many items, including traditional cylindrical wooden cases (tikkim) for Torahs. The Veneto-Romaniote synagogue dates from 1921, shut and sealed by the Nazis in 1944, closed by the returning remaining community in 1979, and sent to the Jewish Museum for reconstruction and rededication. Note: The Romaniote Jews or Romaniots are an ethnic Jewish community with distinctive cultural features who have lived in the Eastern Mediterranean for more than 2,000 years and are the oldest Jewish community in the Levant (countries along the Eastern Mediterranean Shores). 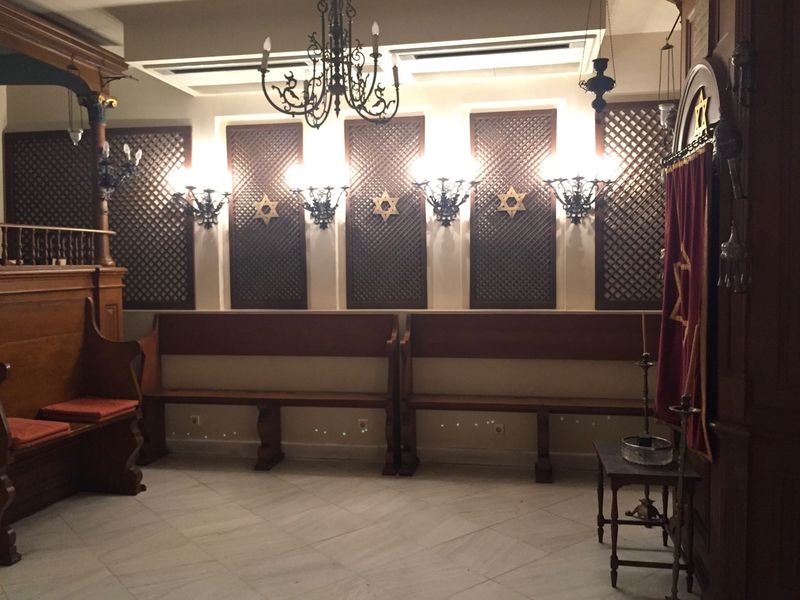 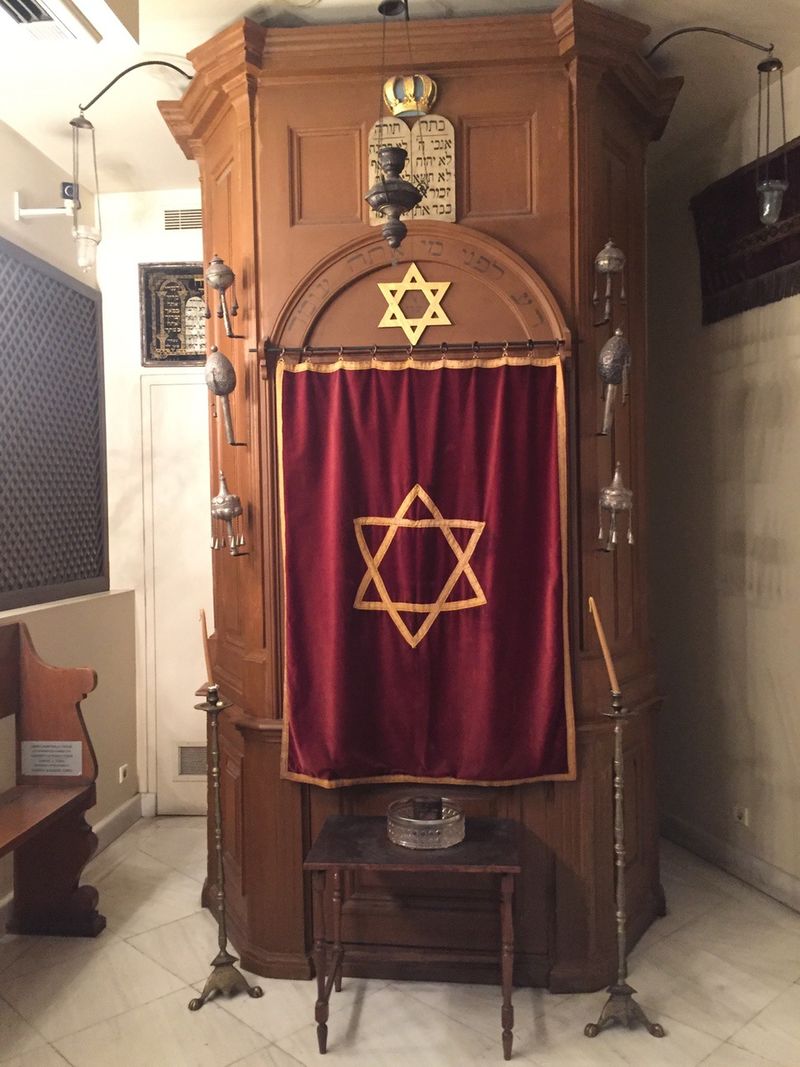 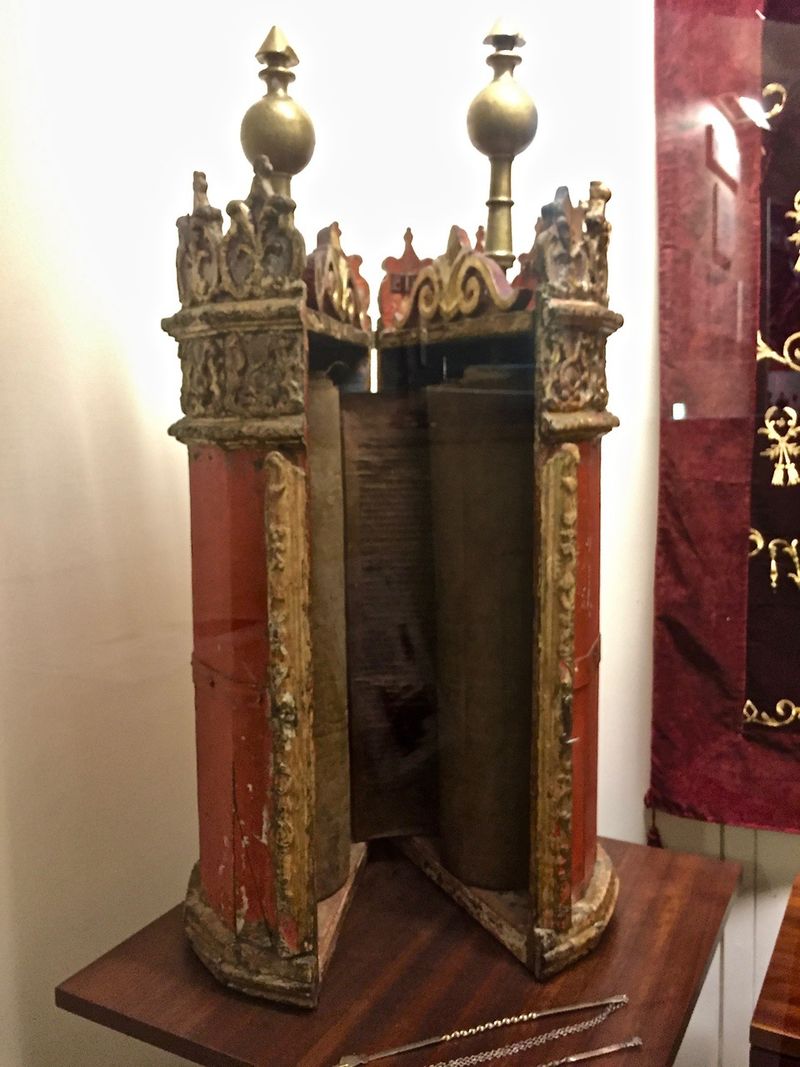 Sefer Leil Shimurim, for Passover eve, including order of prayers and the Haggadah, 1805 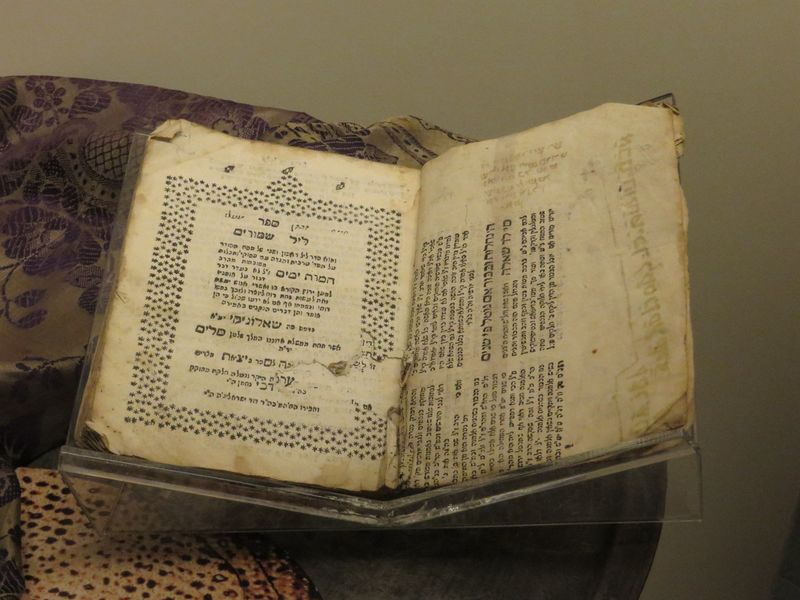 It was a short walk to the Acropolis Museum, the next stop. The Acropolis Museum is a modern building sitting on the south side of the Acropolis, housing significant finds from the Acropolis and its slopes, from Archaic Athens through Classical with a smaller Hellenistic and Roman section.
The glassed-in top floor sits askew to be in the same orientation as the Parthenon, and recreates the exact size of the Parthenon, with its 525-foot frieze (that once wrapped around the Parthenon and depicted the Great Panathenaia, the once-every-four-year celebration in honor of Athena) on the outside of an inner wall, and the 92 metopes (the marble slabs with relief representations from Greek mythology that were placed between the outer columns of the Parthenon) up high between steel columns positioned like the columns of the Parthenon. The museum only has 32 original feet of the 525 feet of the frieze, the others taken by Lord Elgin in 1801 (along with a number of metopes) — the Elgin Marbles in the British Museum that Greece wants back. The other important display is of the Caryatids, the female statues that were the supporting columns of the porch of the Erechtheion on the Acropolis.
Exterior of the Museum 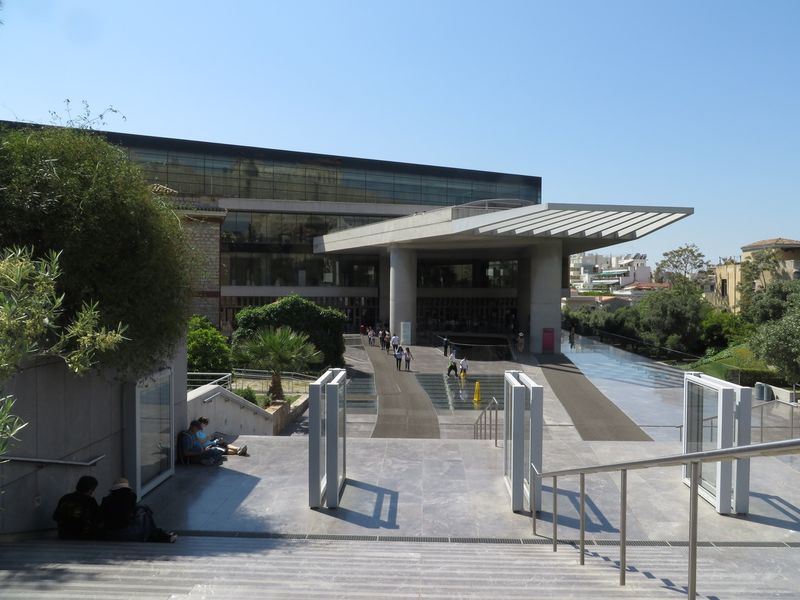 Ruins under the museum 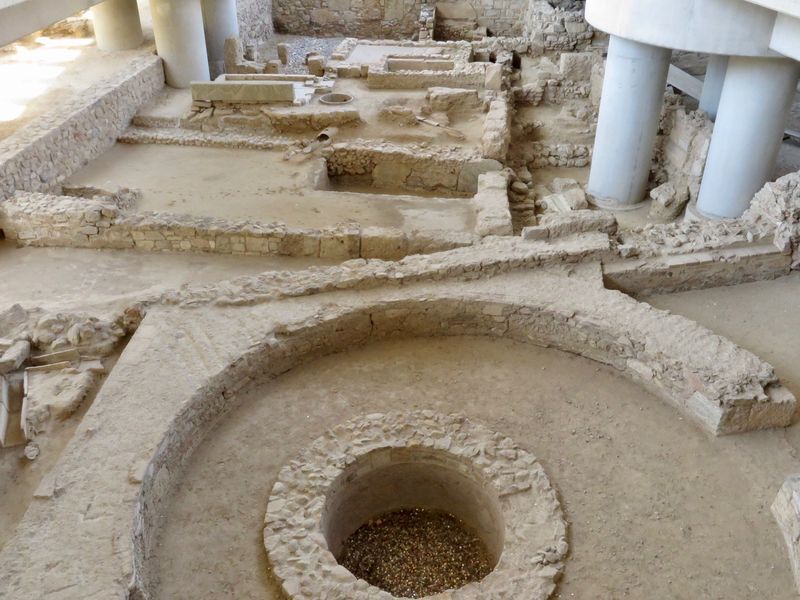 Frieze and Metopes (picture courtesy of the Acropolis Museum website) 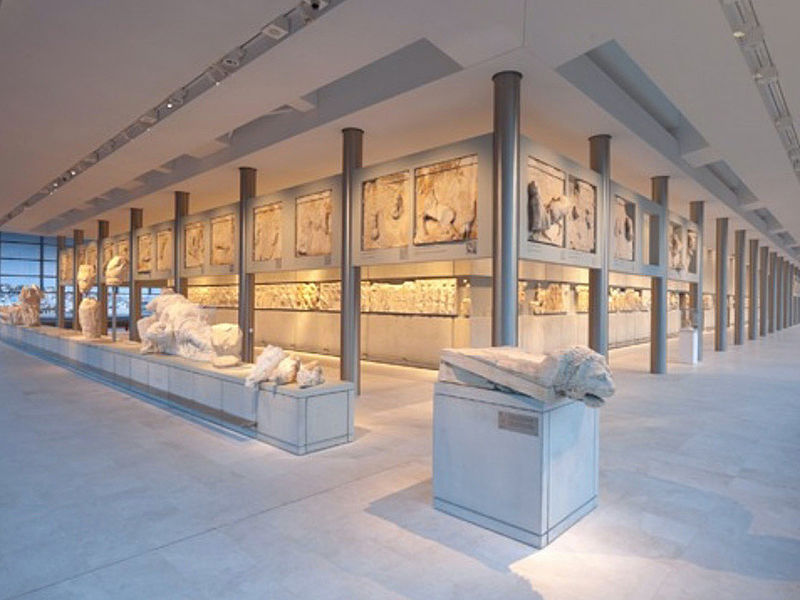 Frieze Horseman panel. The panel to the right is a plaster reproduction. 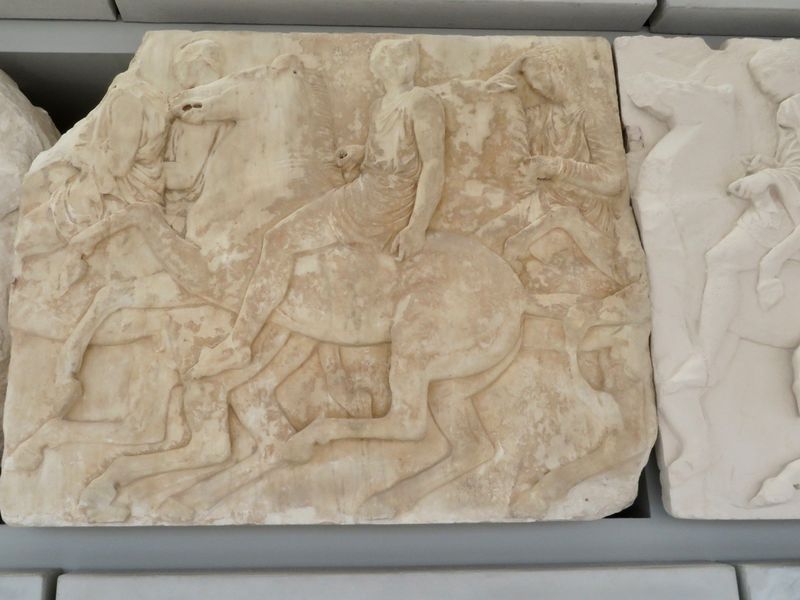 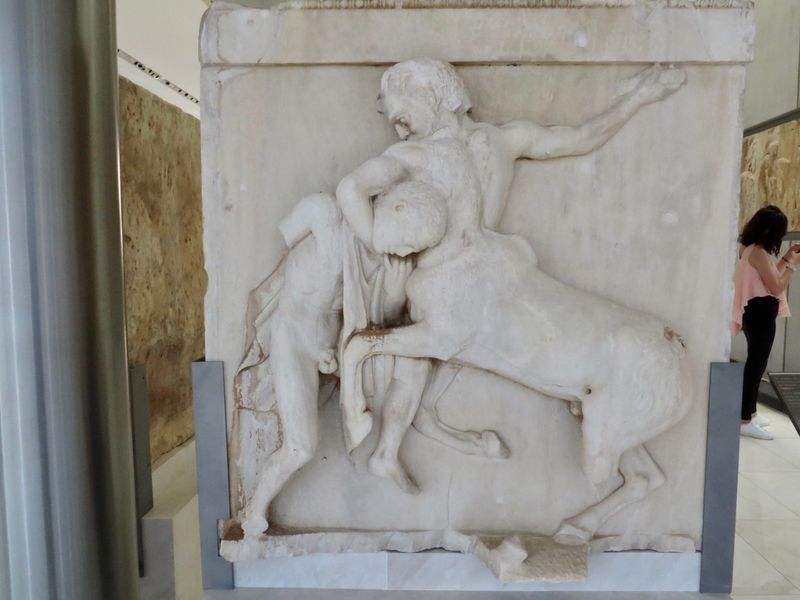 Metope of Hera driving a chariot with winged horses 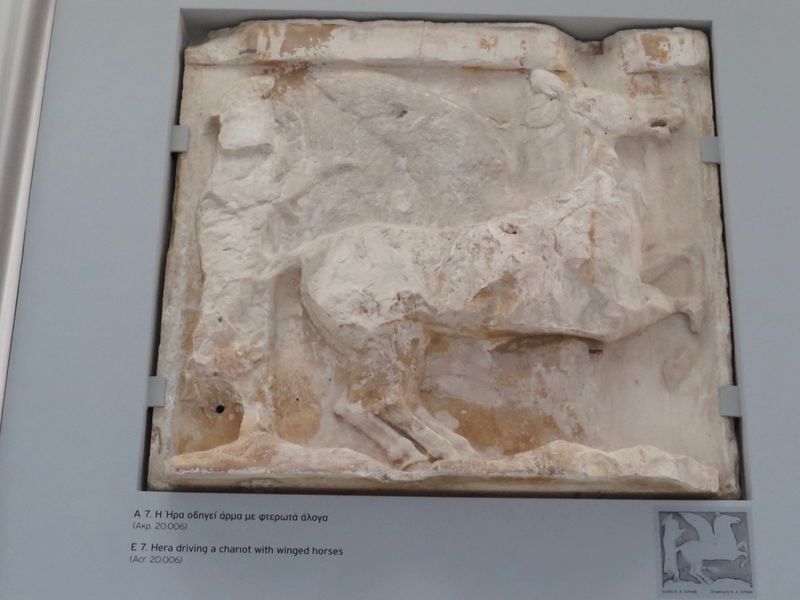 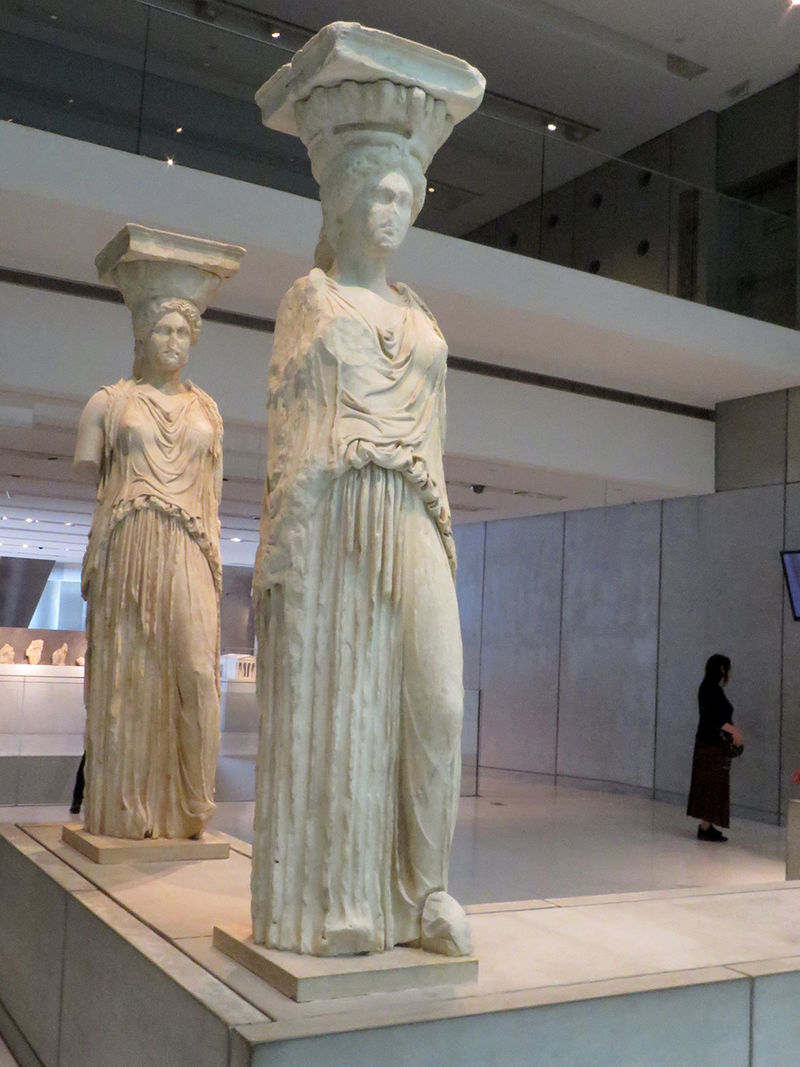 View of the Parthenon from the Dining Room terrace 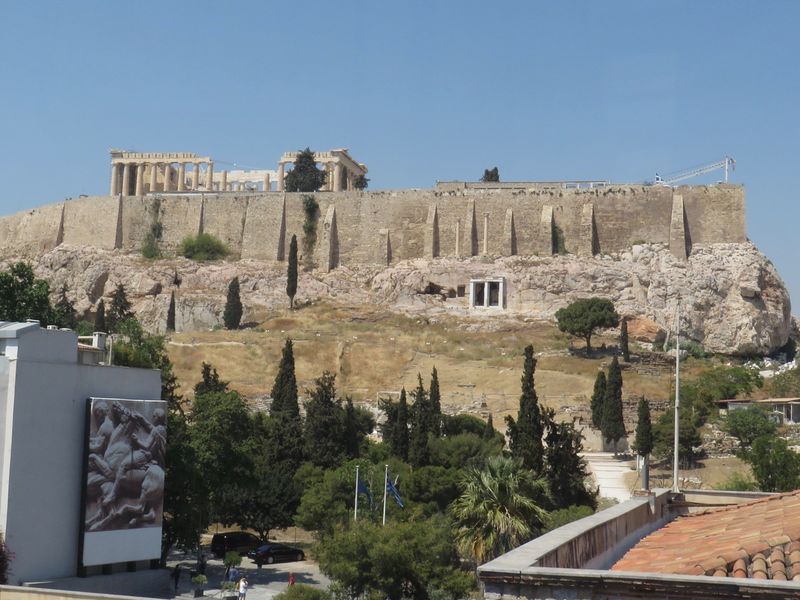 The next stop was the Panathenaic (Olympic) Stadium, restored for the first Olympics of the modern era in 1896. 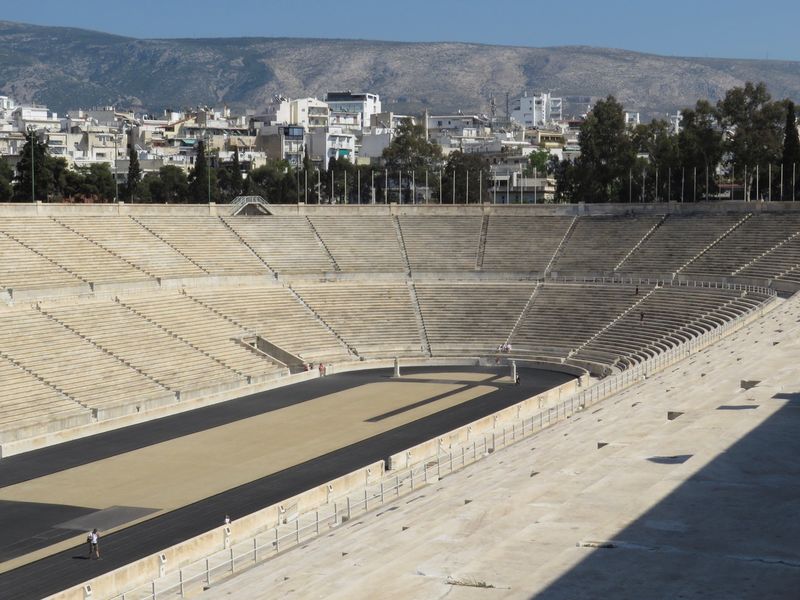 Back to Holiday Suites on foot. When Larry came in from the conference, we took the #550 bus to Flisvos Marina, walked around, then ate dinner at Nisos — Larry had a Greek salad and shrimp in red sauce. Eileen had a cucumber and tomato salad and steam mussels in wine. 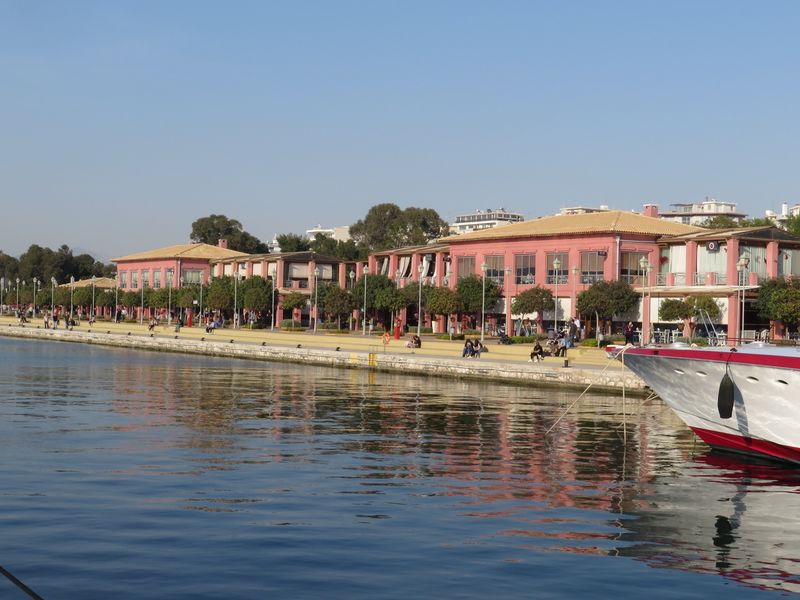 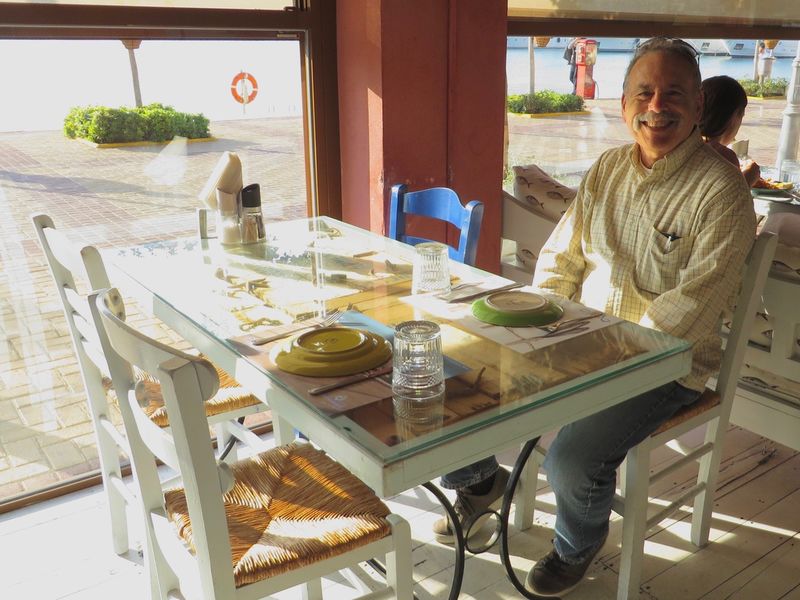 Published by Eileen and Larry Samberg on April 24th, 2018