We actually got to sleep in. We were at breakfast at 7 for an 8:30 departure.
We took the bus back to Itabaca Channel. Here we took a launch out to the yacht, the Santa Fe, that took us around to our destinations. Today it was first to North Seymour Island, north of Baltra (see map in Ecuador–Day 3). 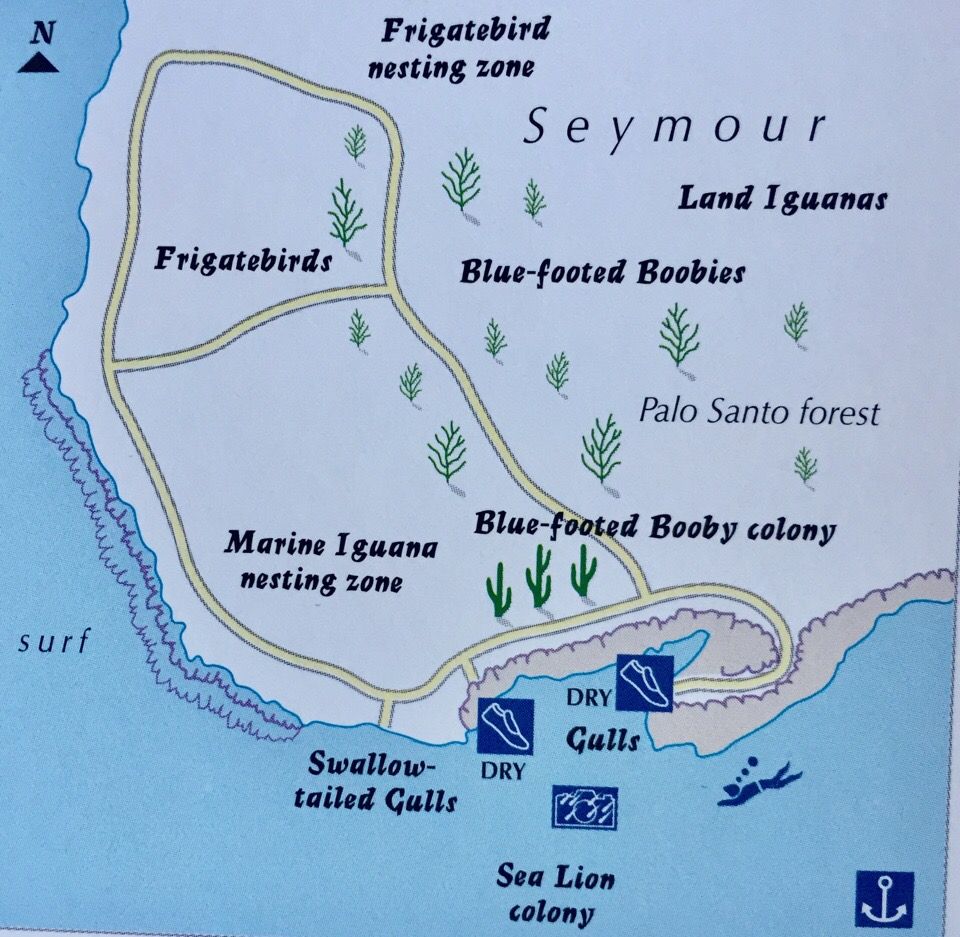 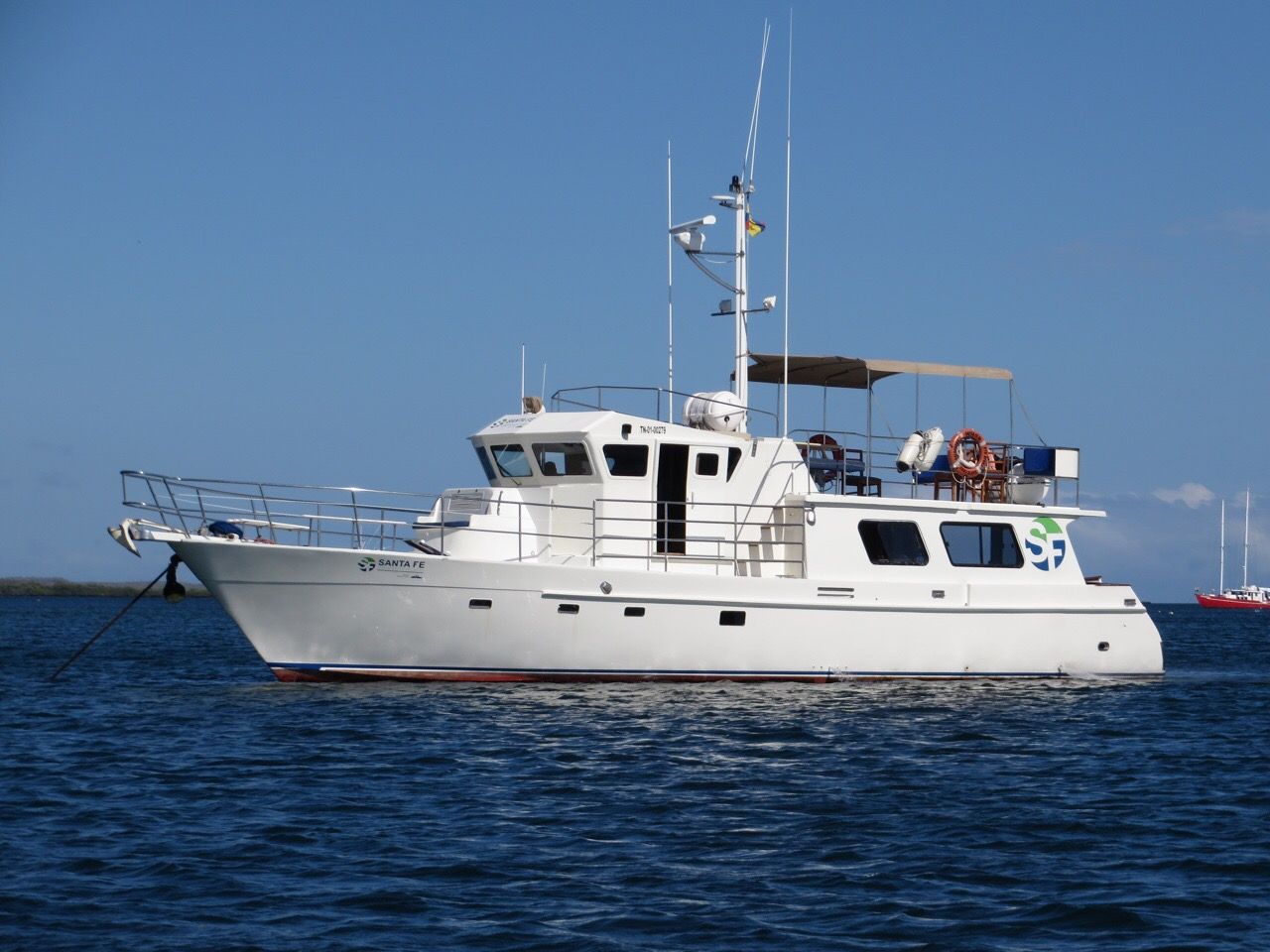 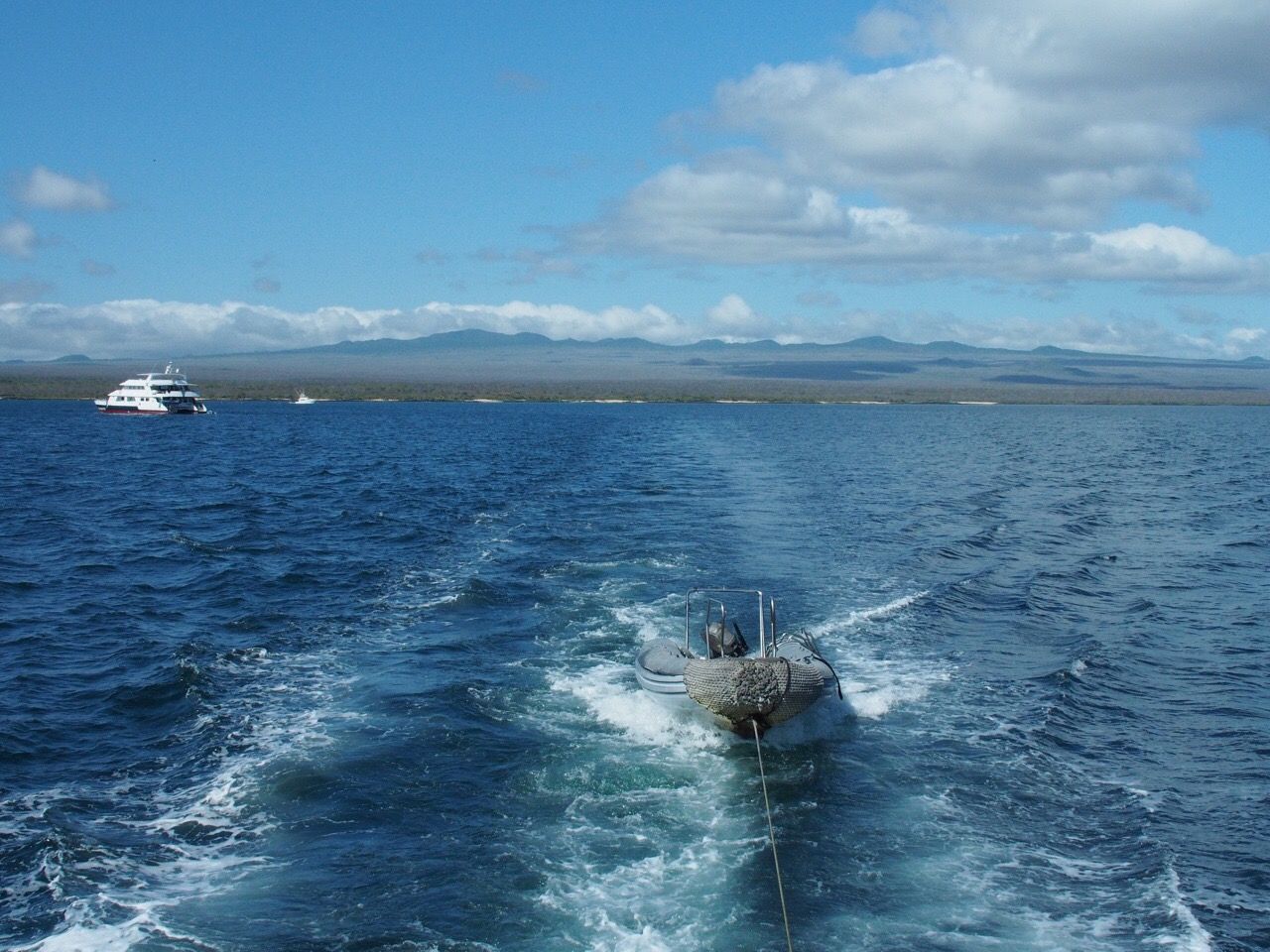 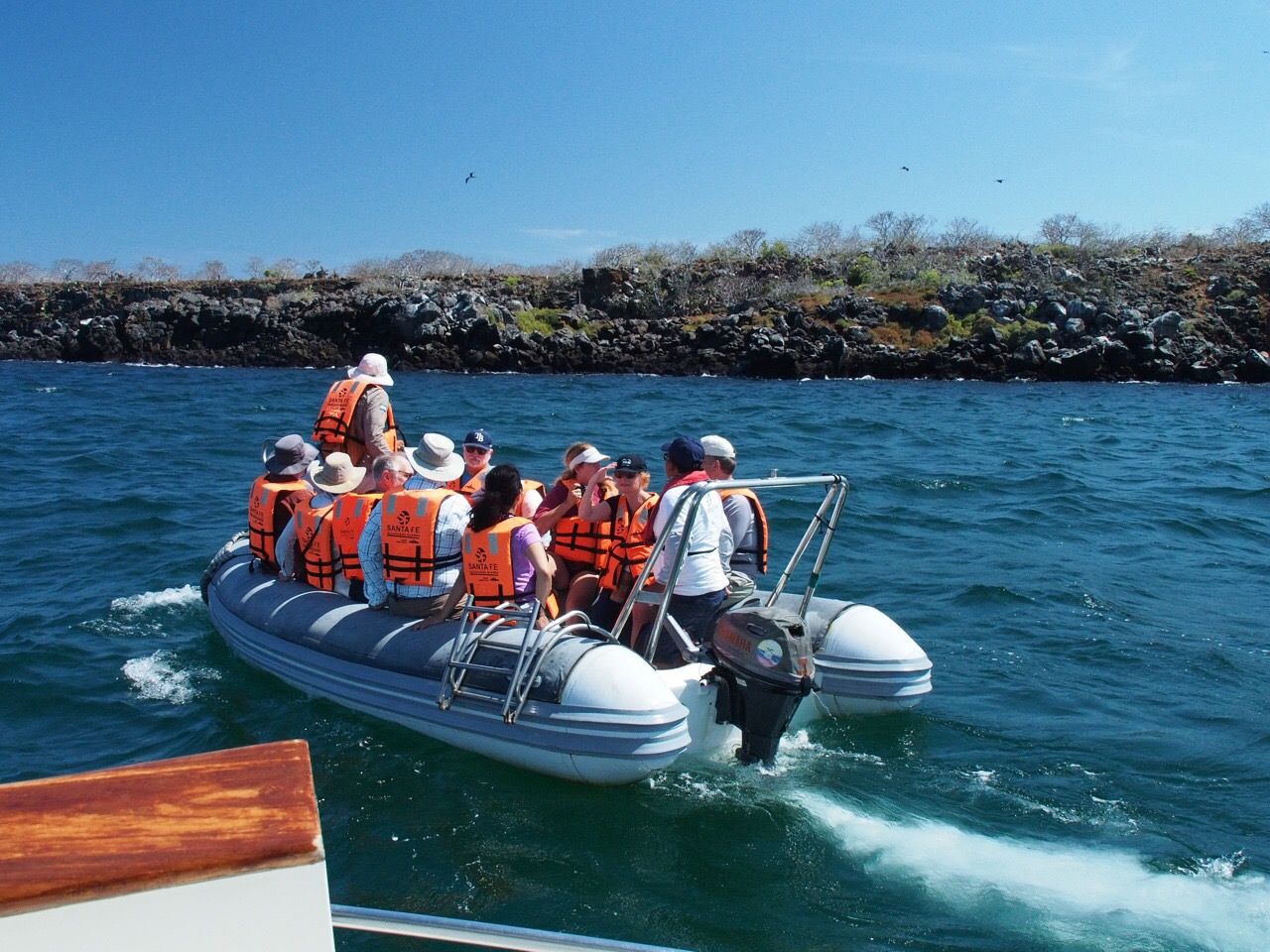 We spent about two hours walking around the perimeter of the island looking at an amazing variety of wildlife. North Seymour is known for frigatebirds and blue-footed boobies, and we got to see chicks as it was that time of year! The frigatebirds steal food from other birds, by attacking them in various ways to make them release their catch.
There were also large land iguanas, introduced from Baltra a number of years ago, and now with overpopulation and cacti that did not evolve to protect themselves, a number of iguanas have been moved to another island.
Juvenile Frigatebird. 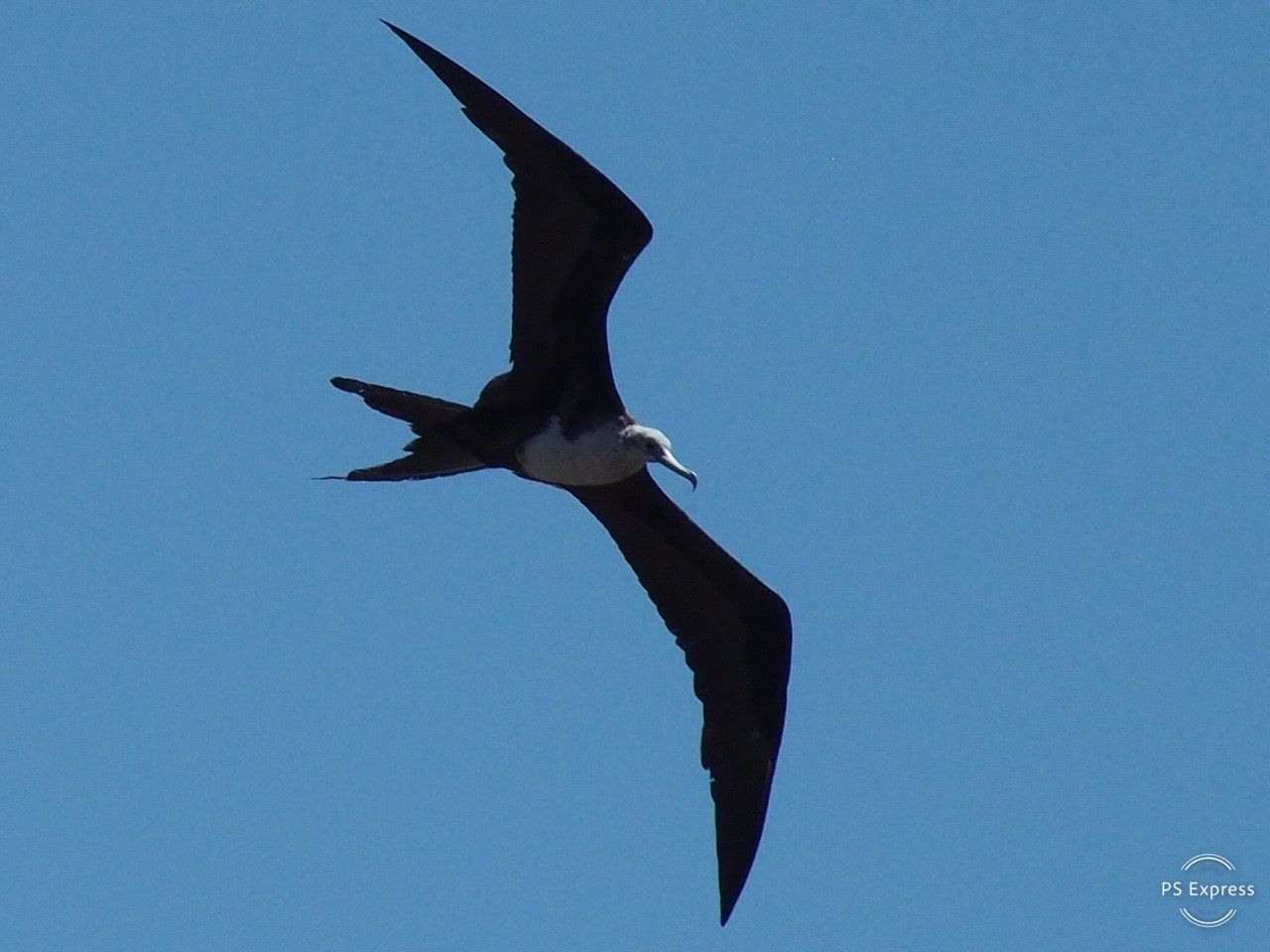 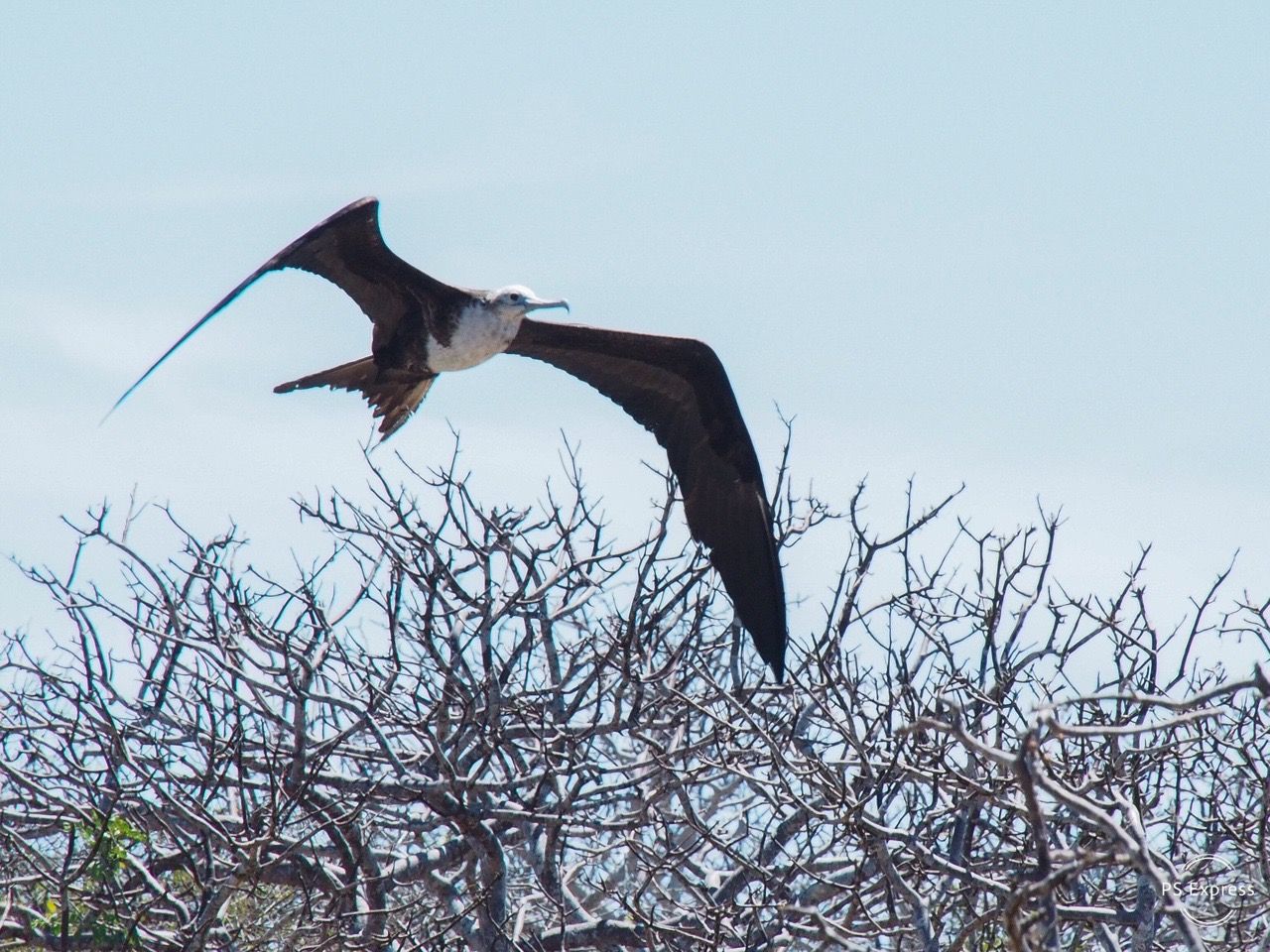 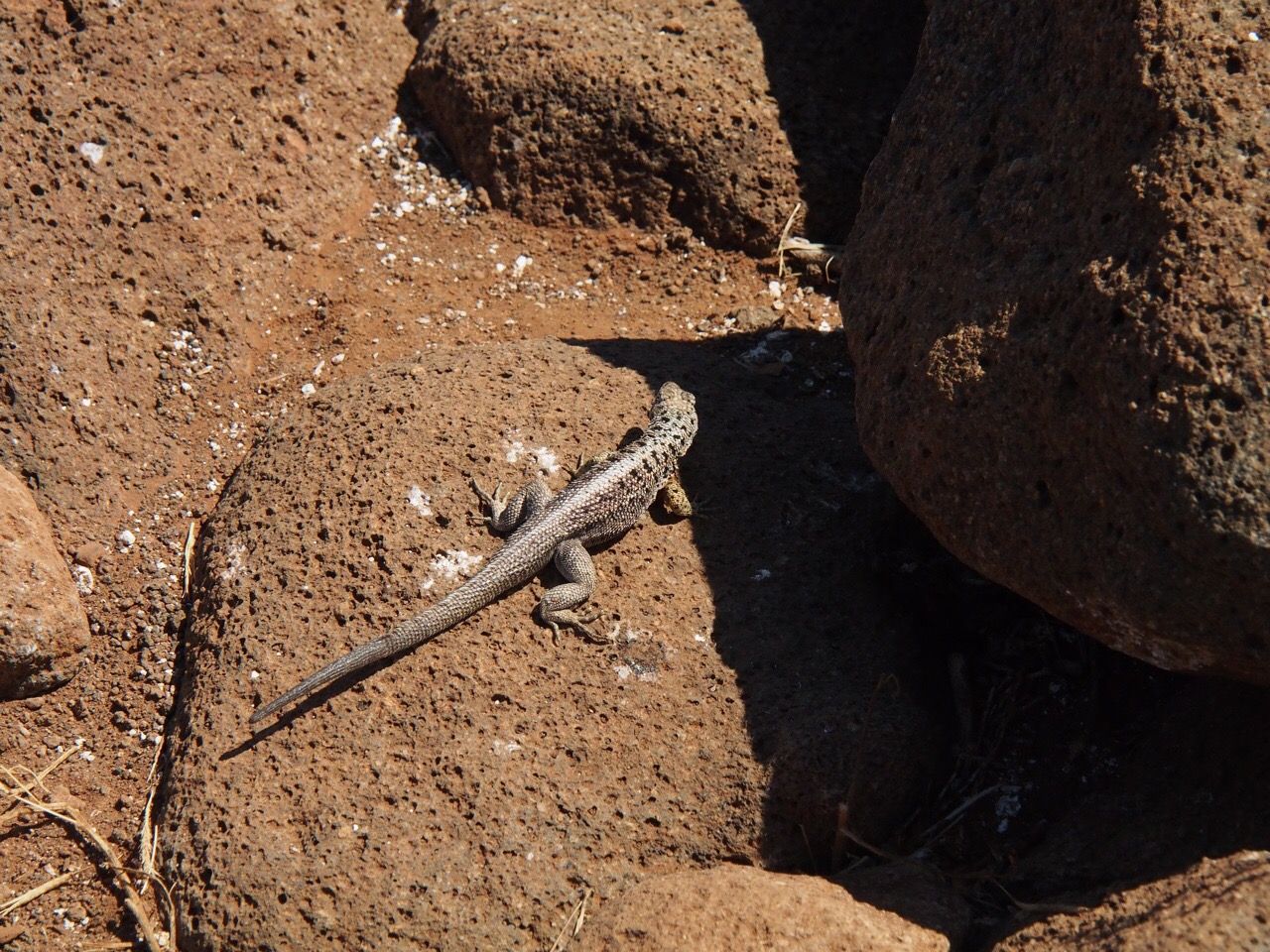 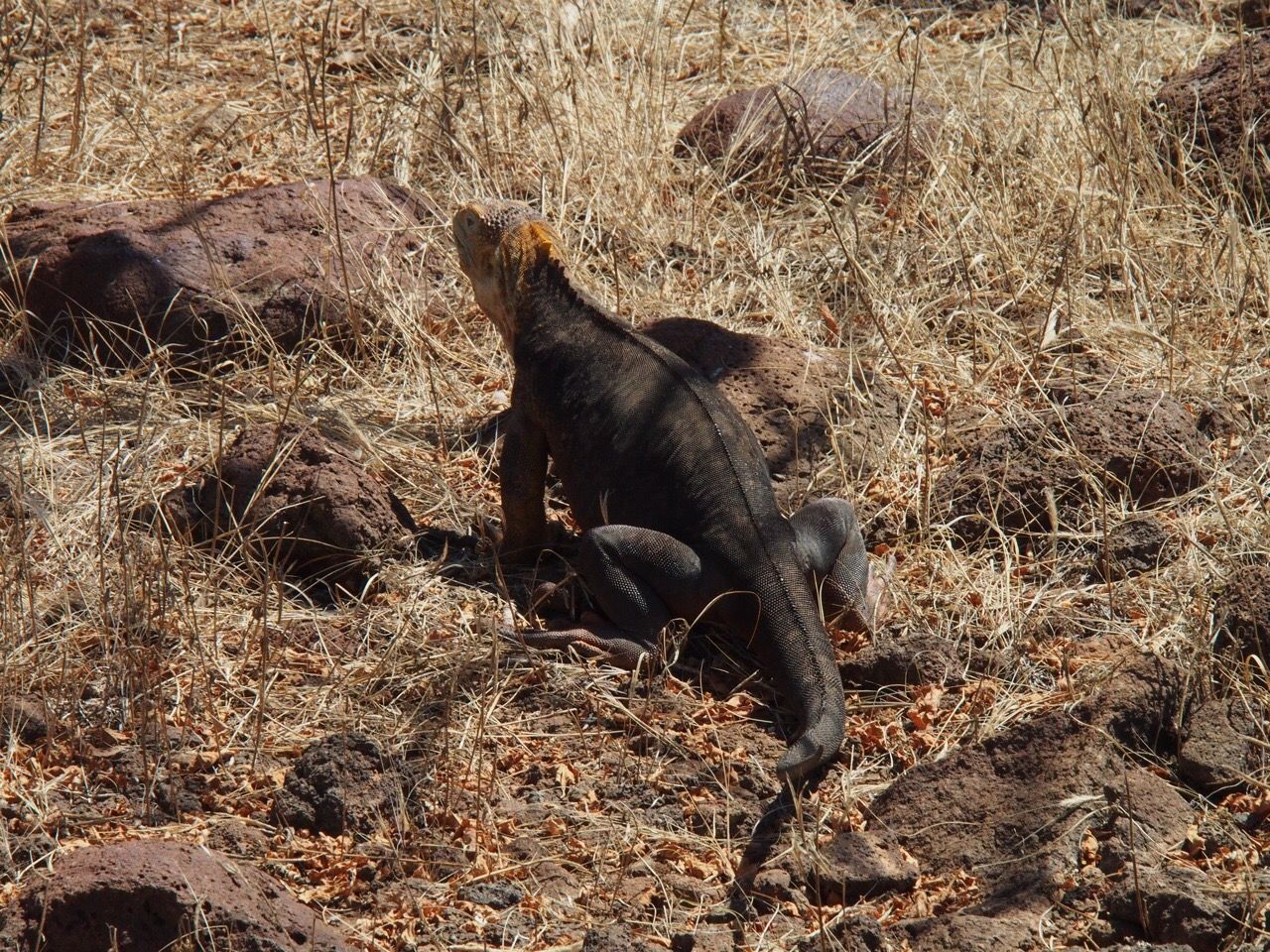 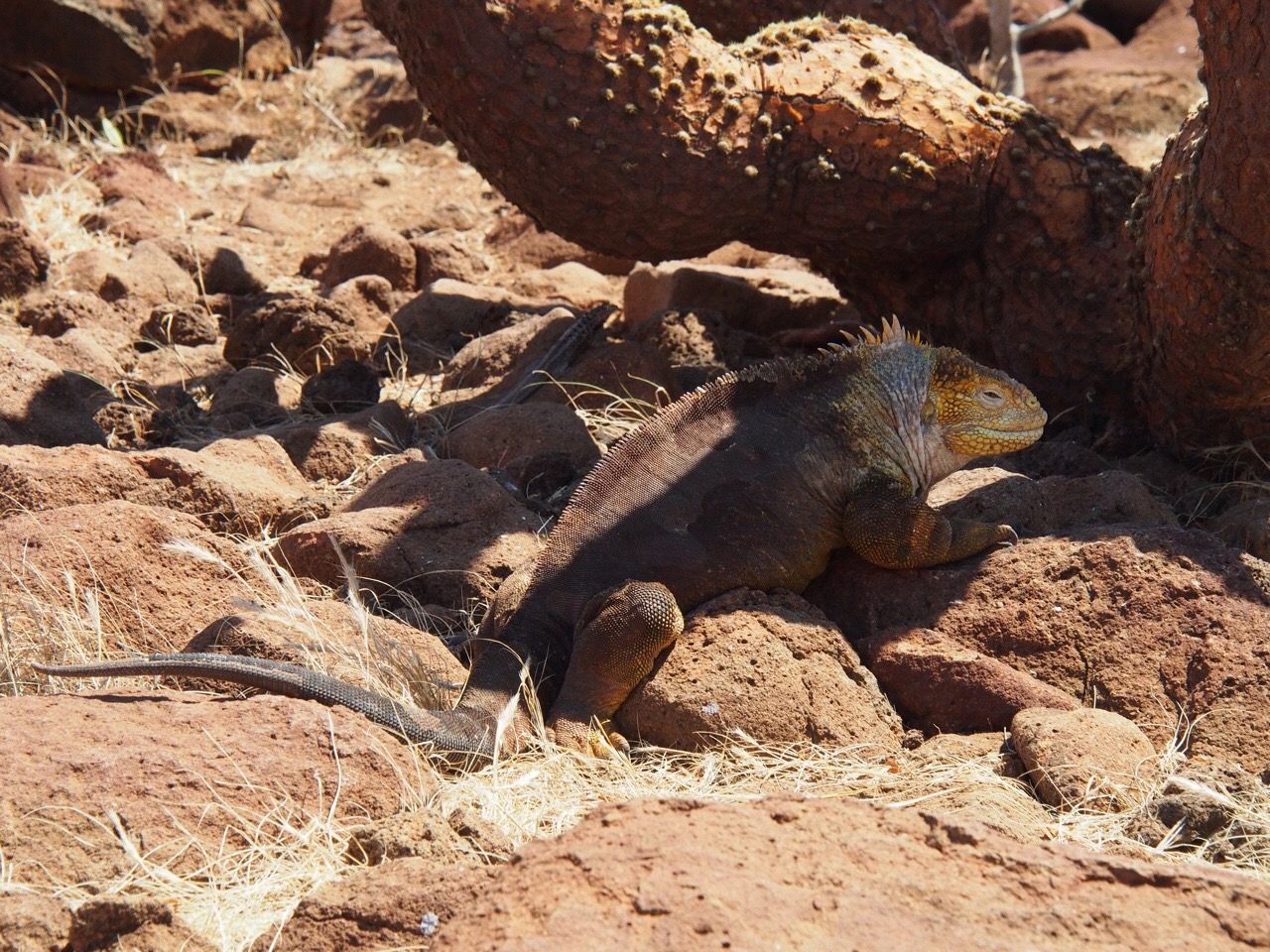 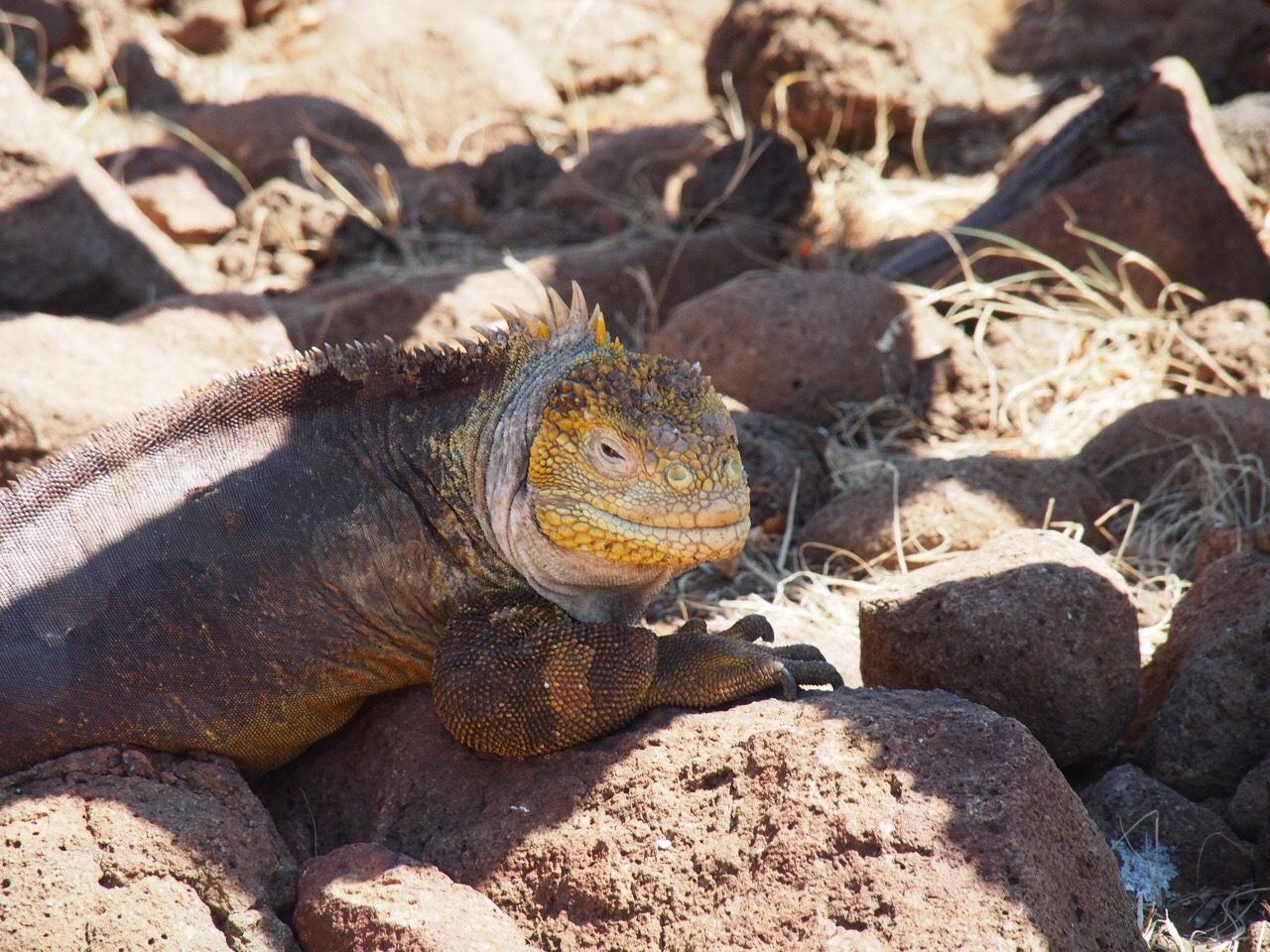 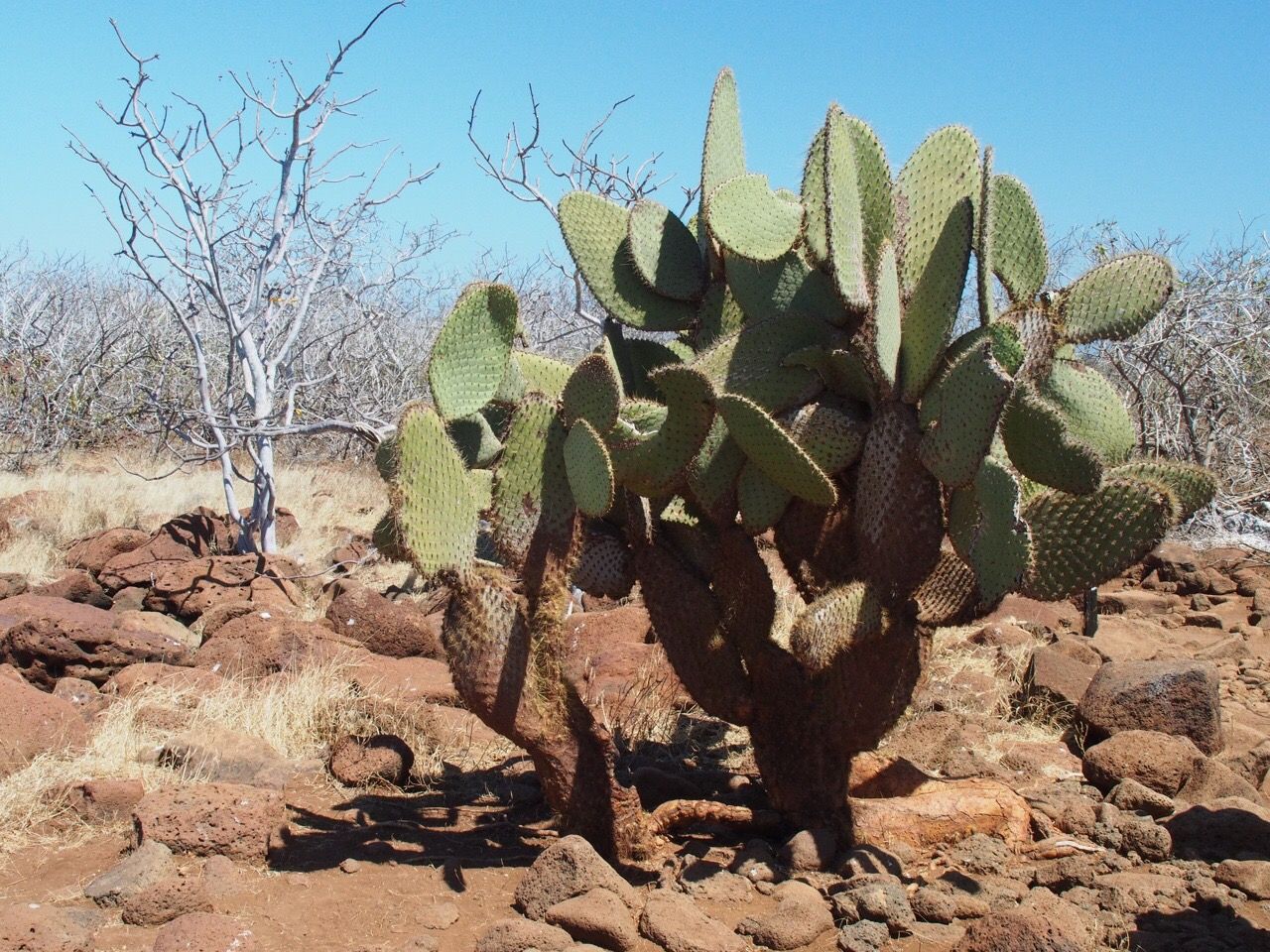 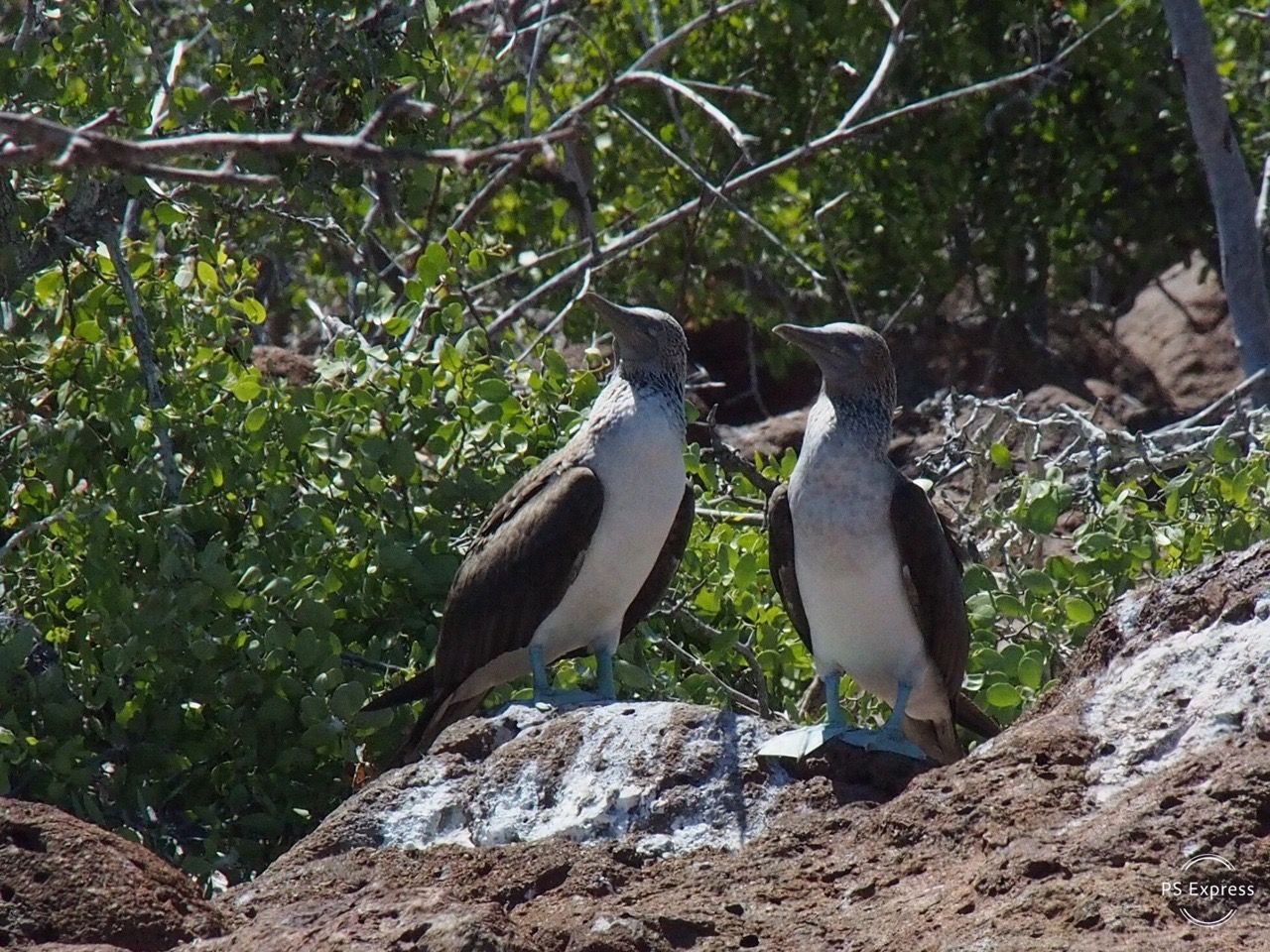 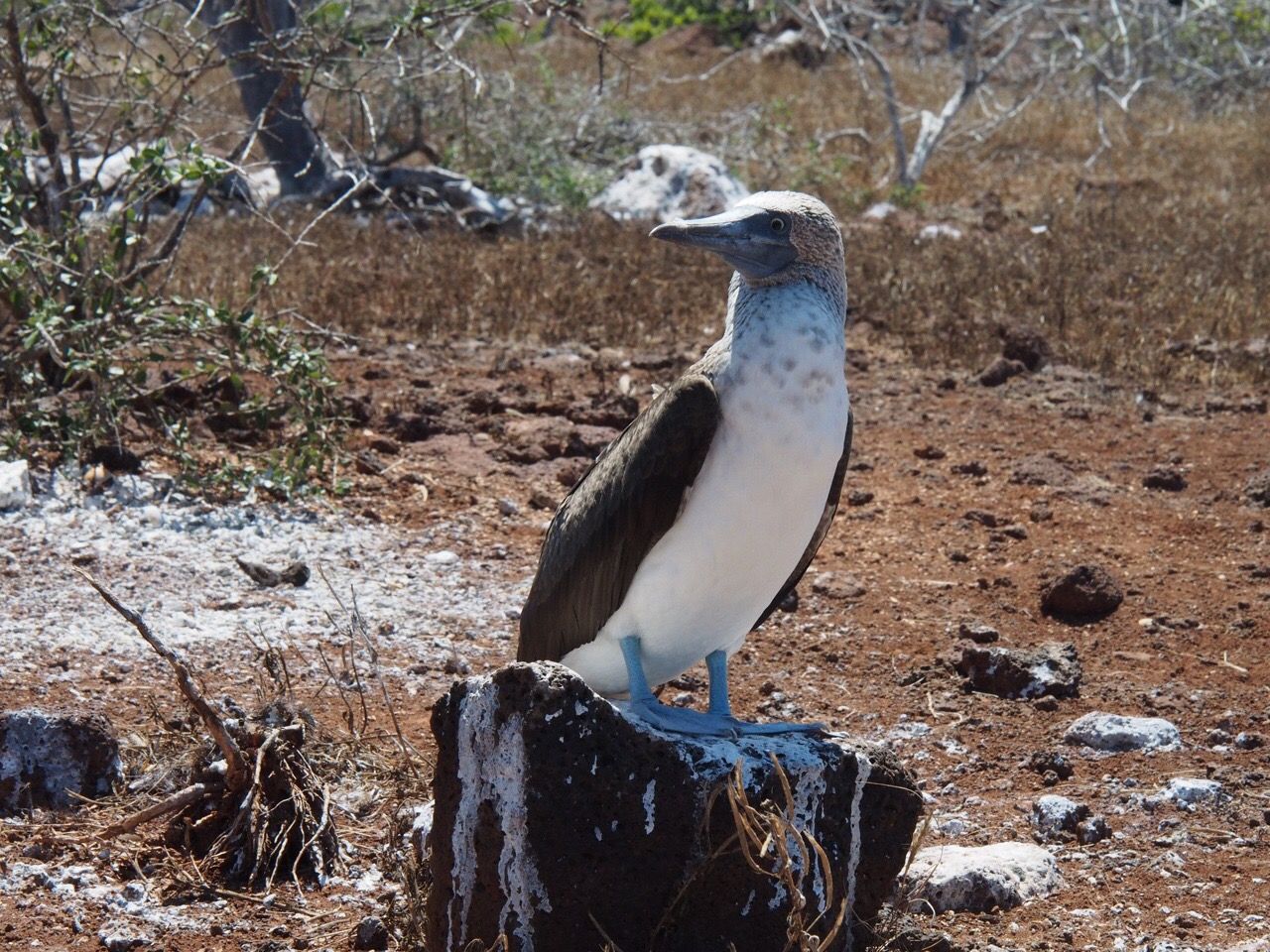 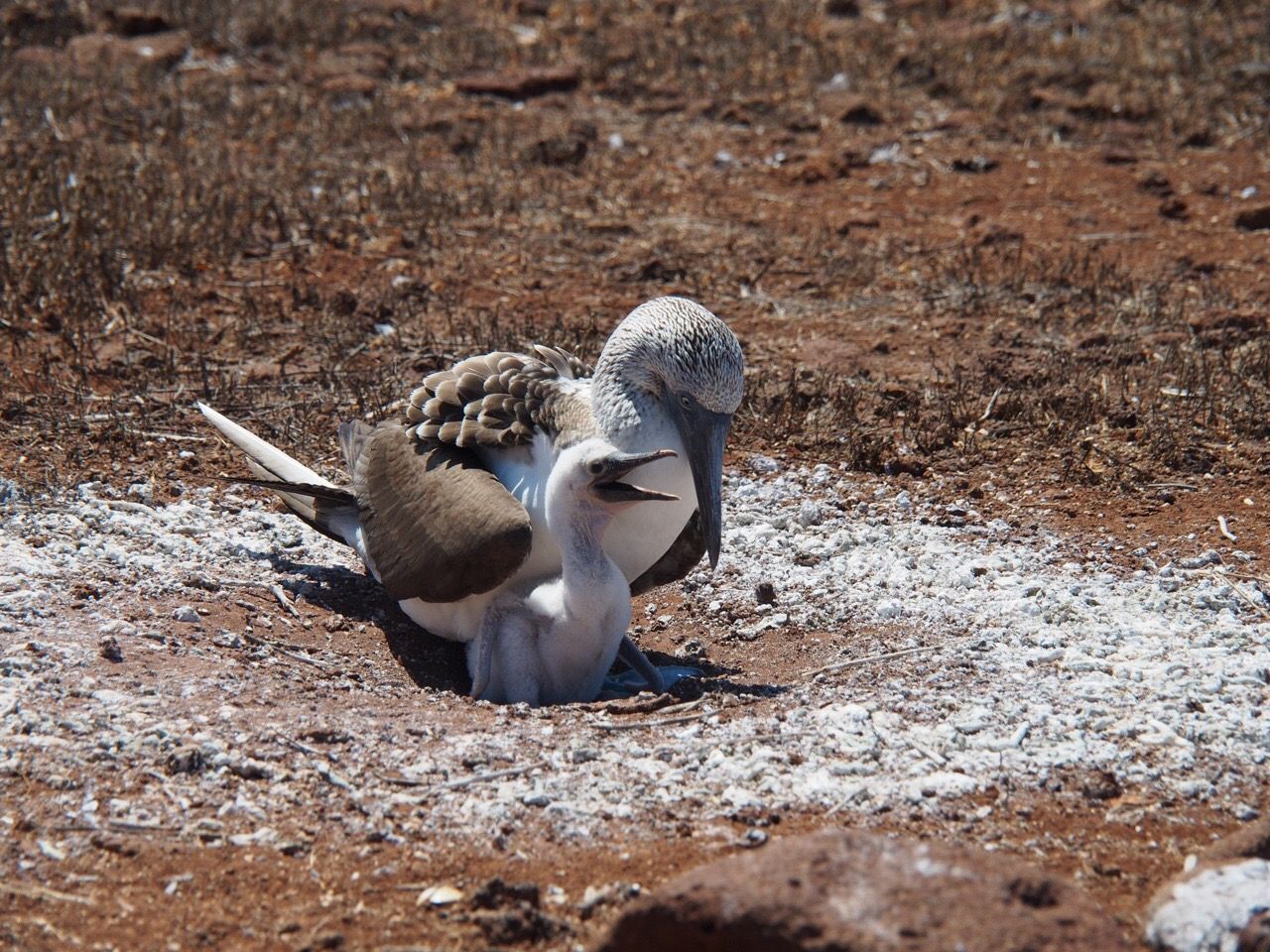 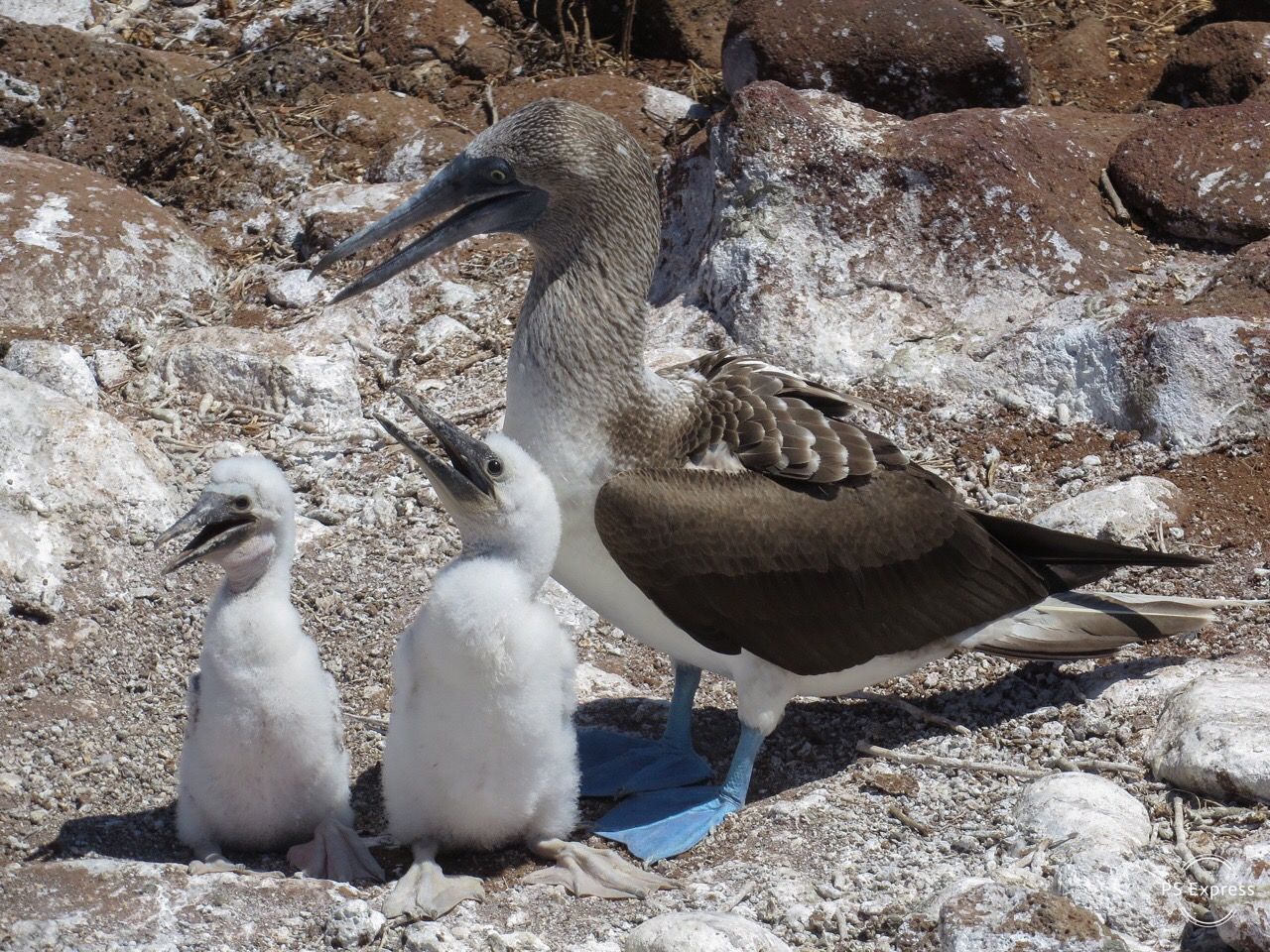 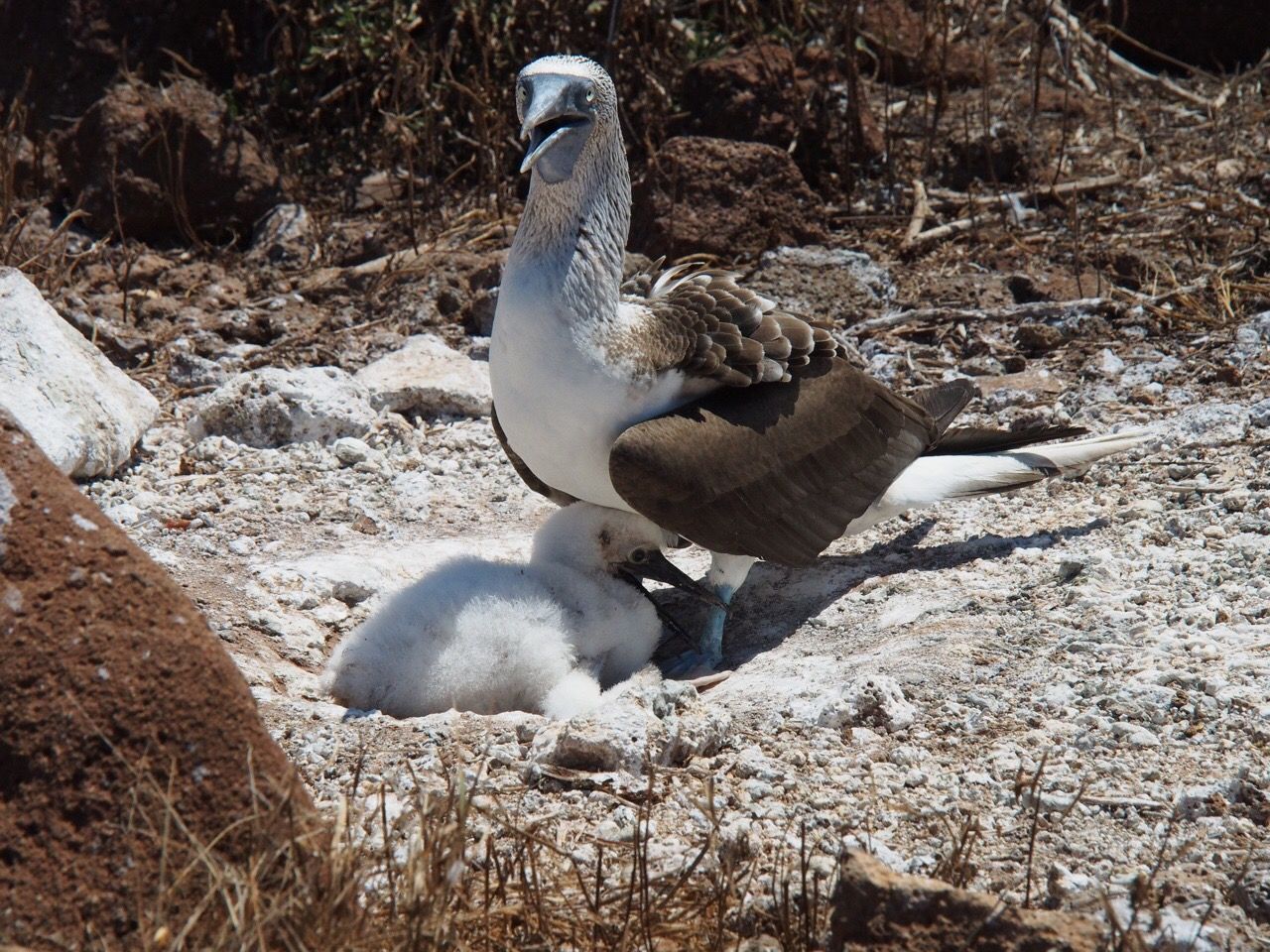 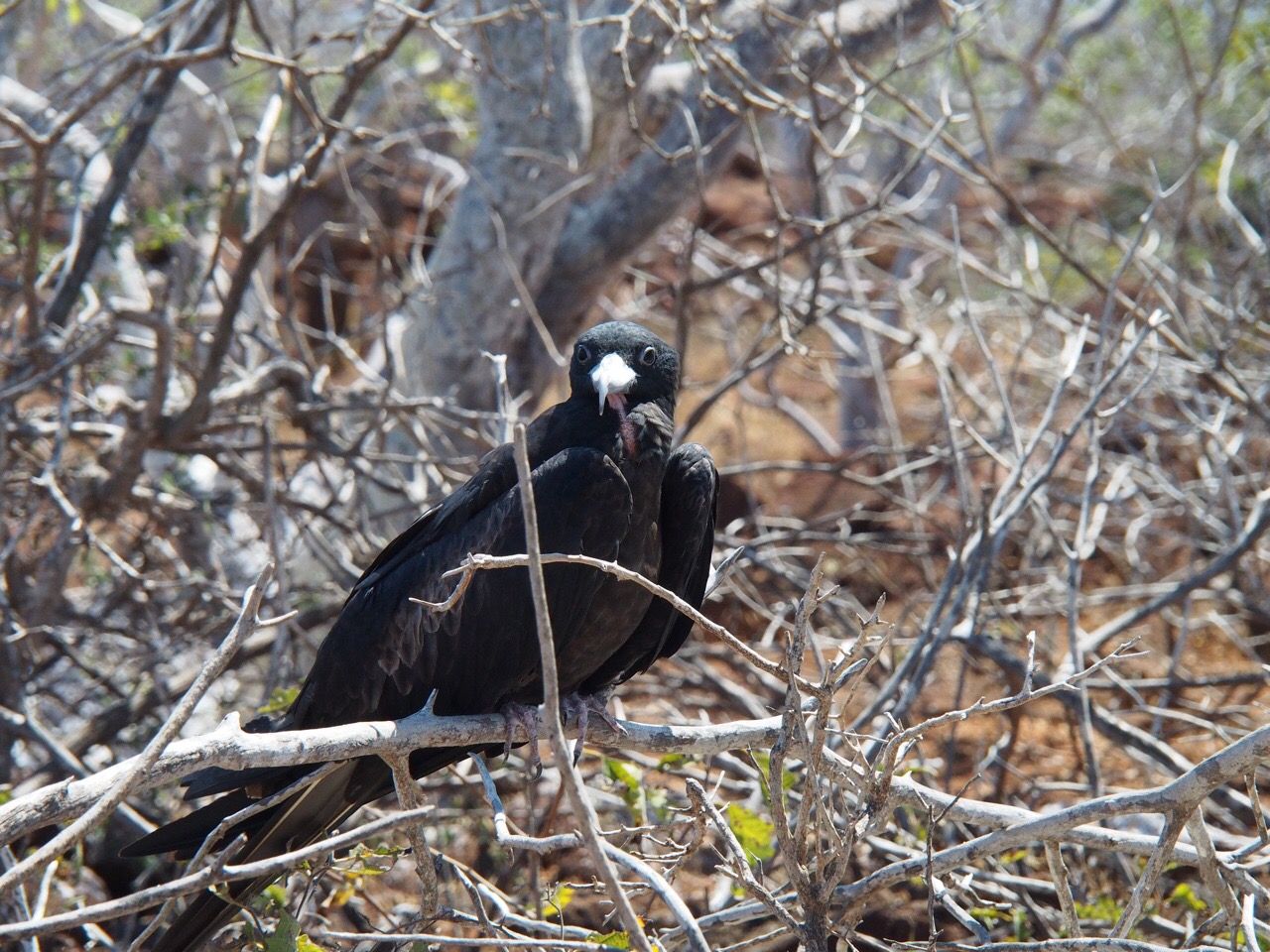 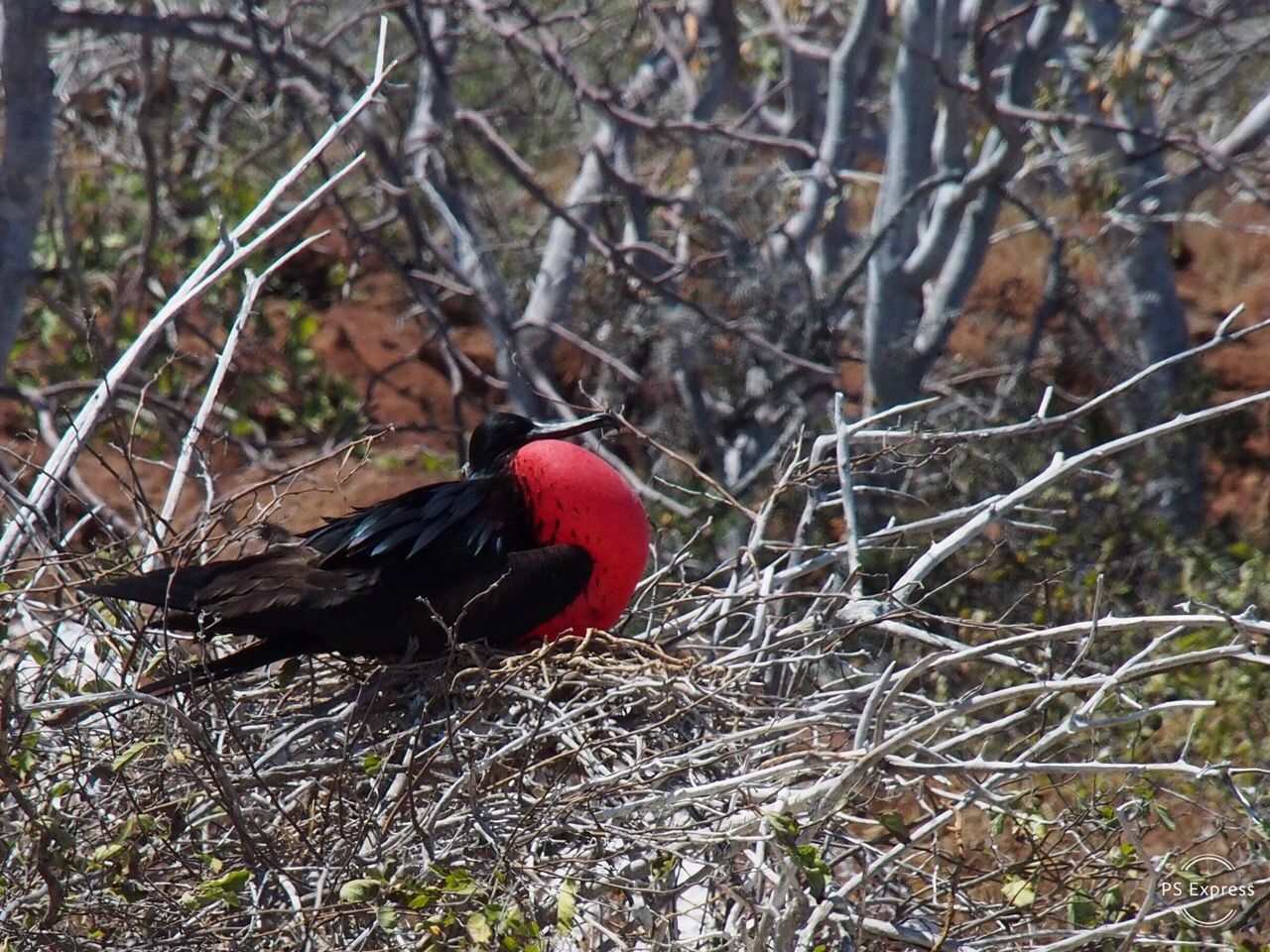 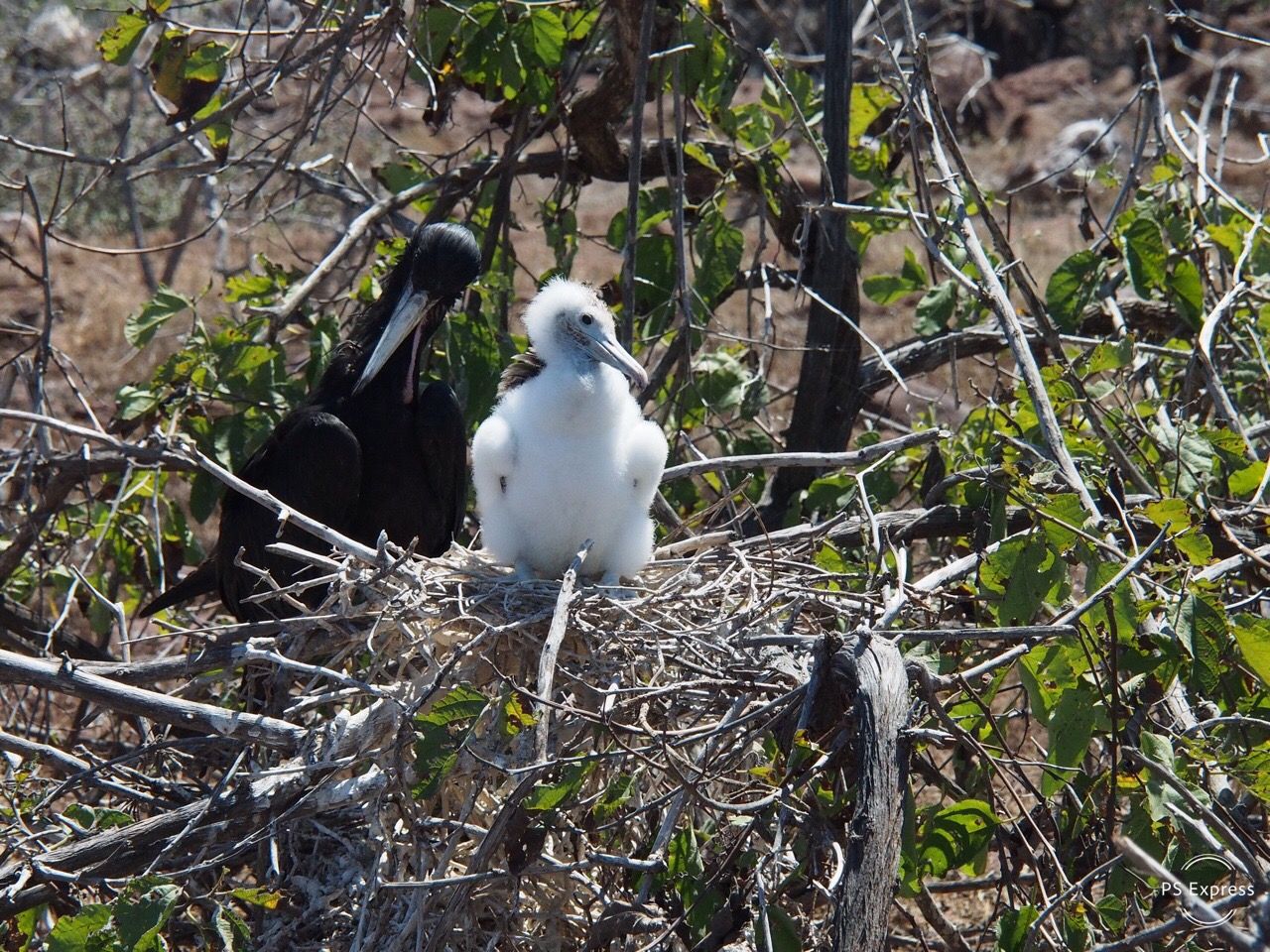 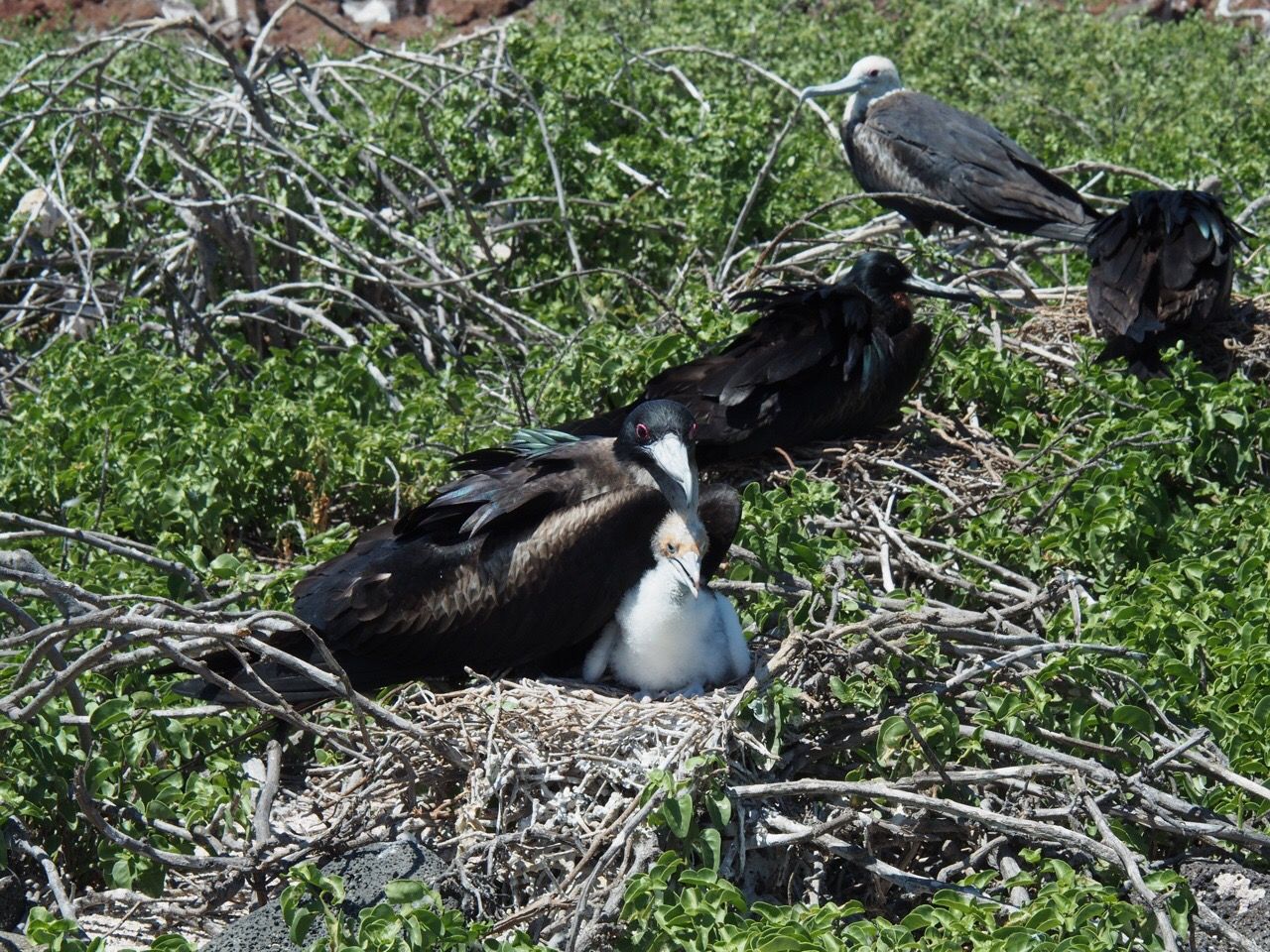 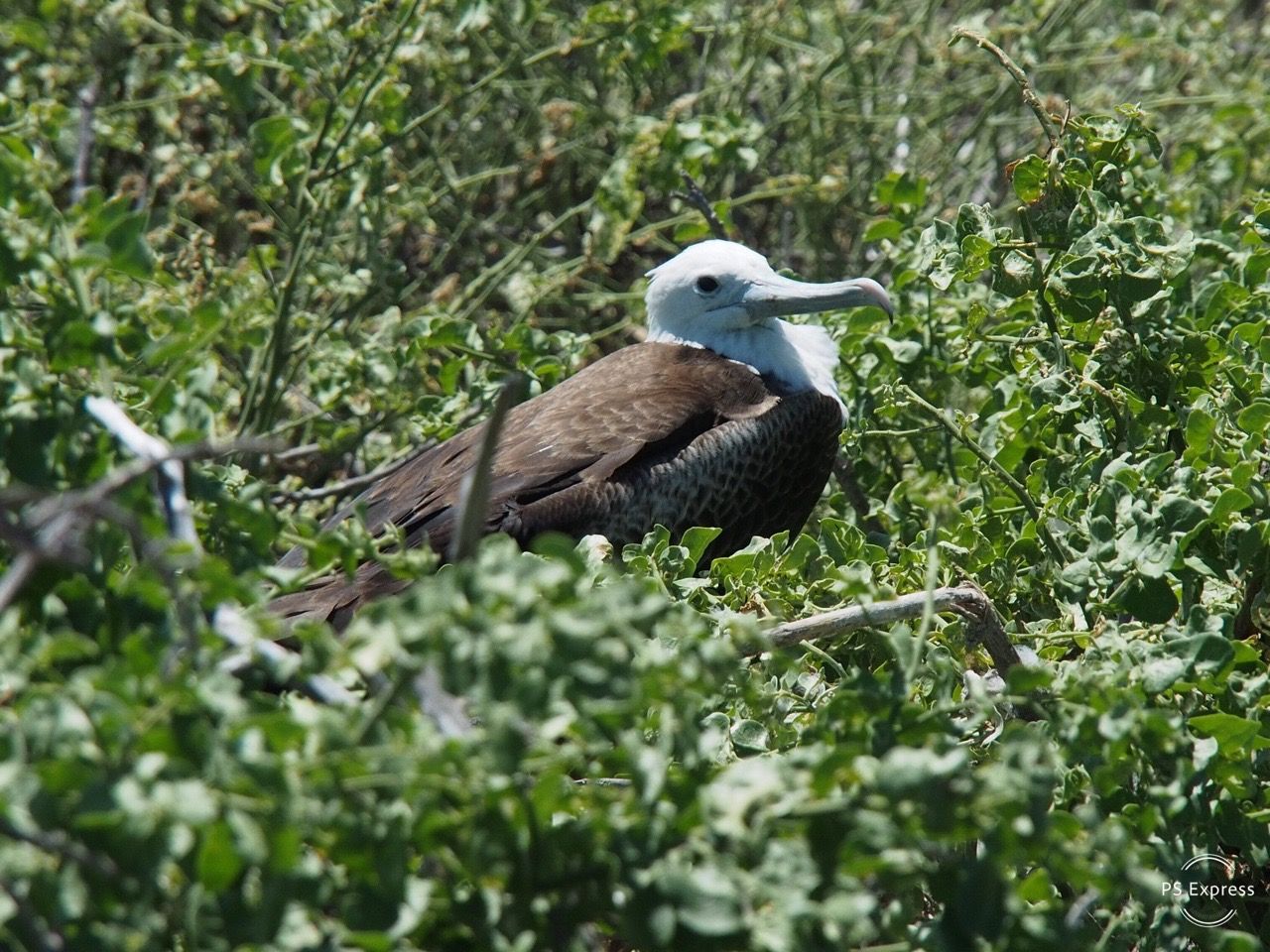 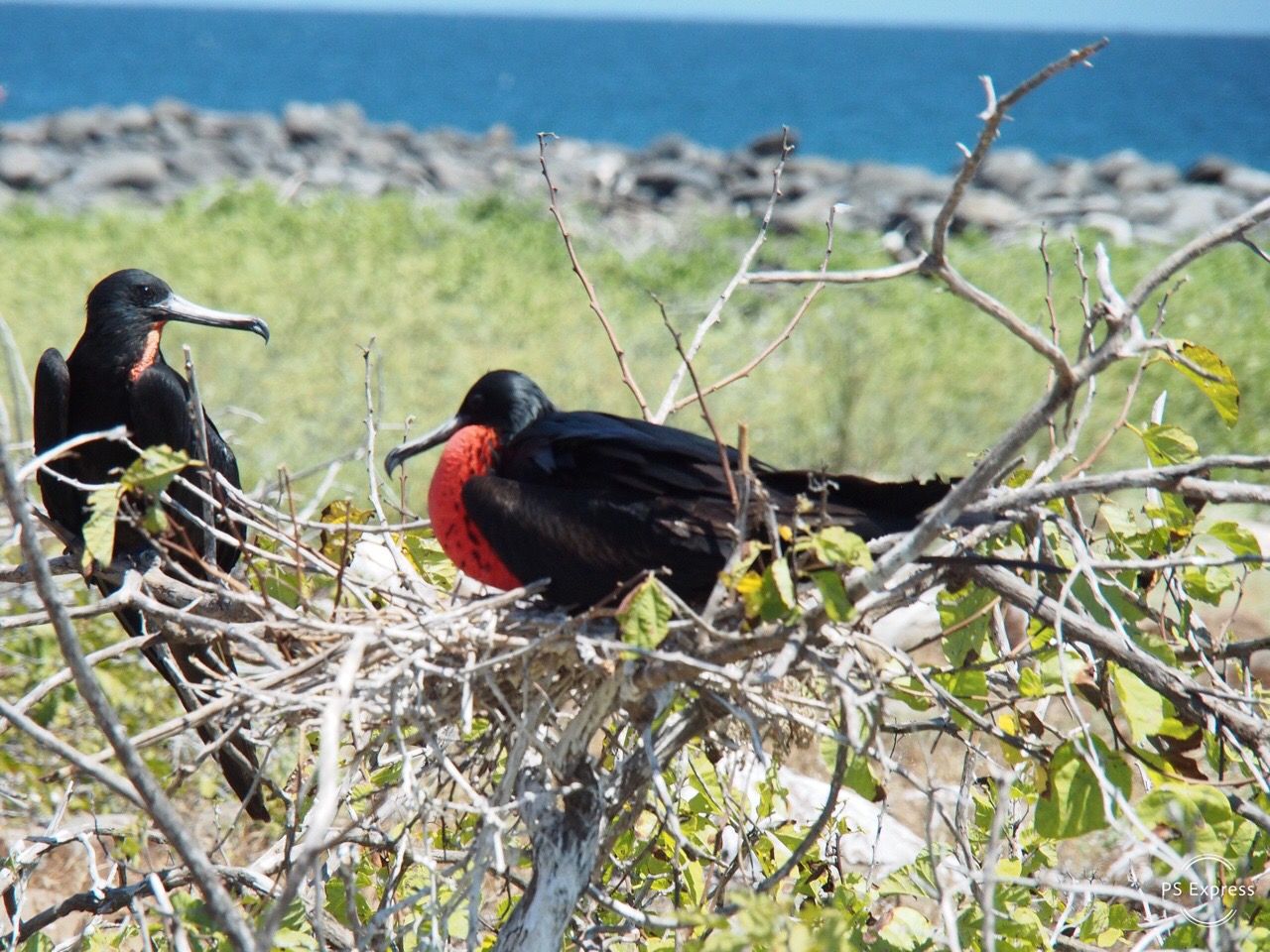 Sea Lion enjoying the water and the sun. 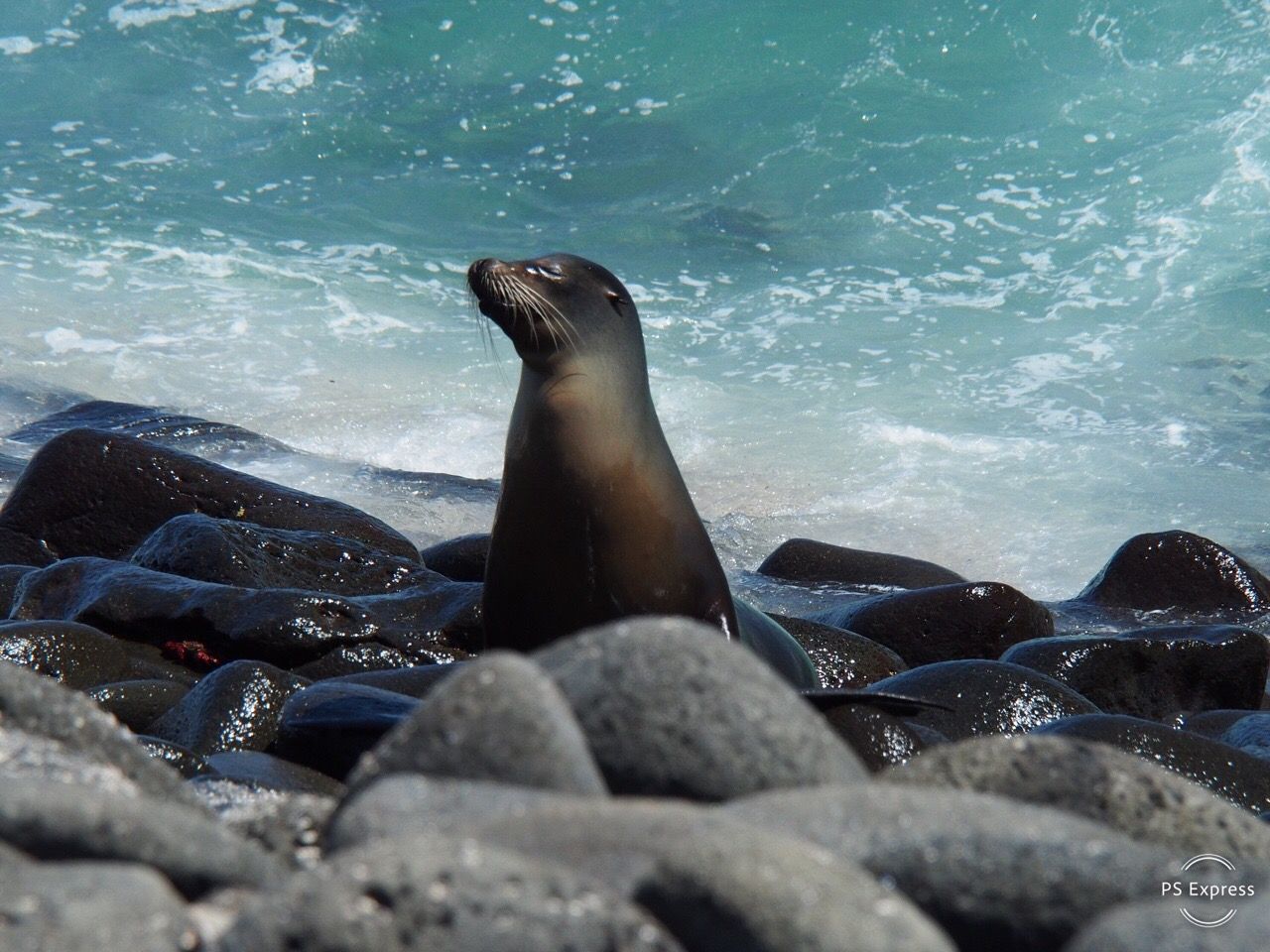 Beautiful day. We were so lucky. 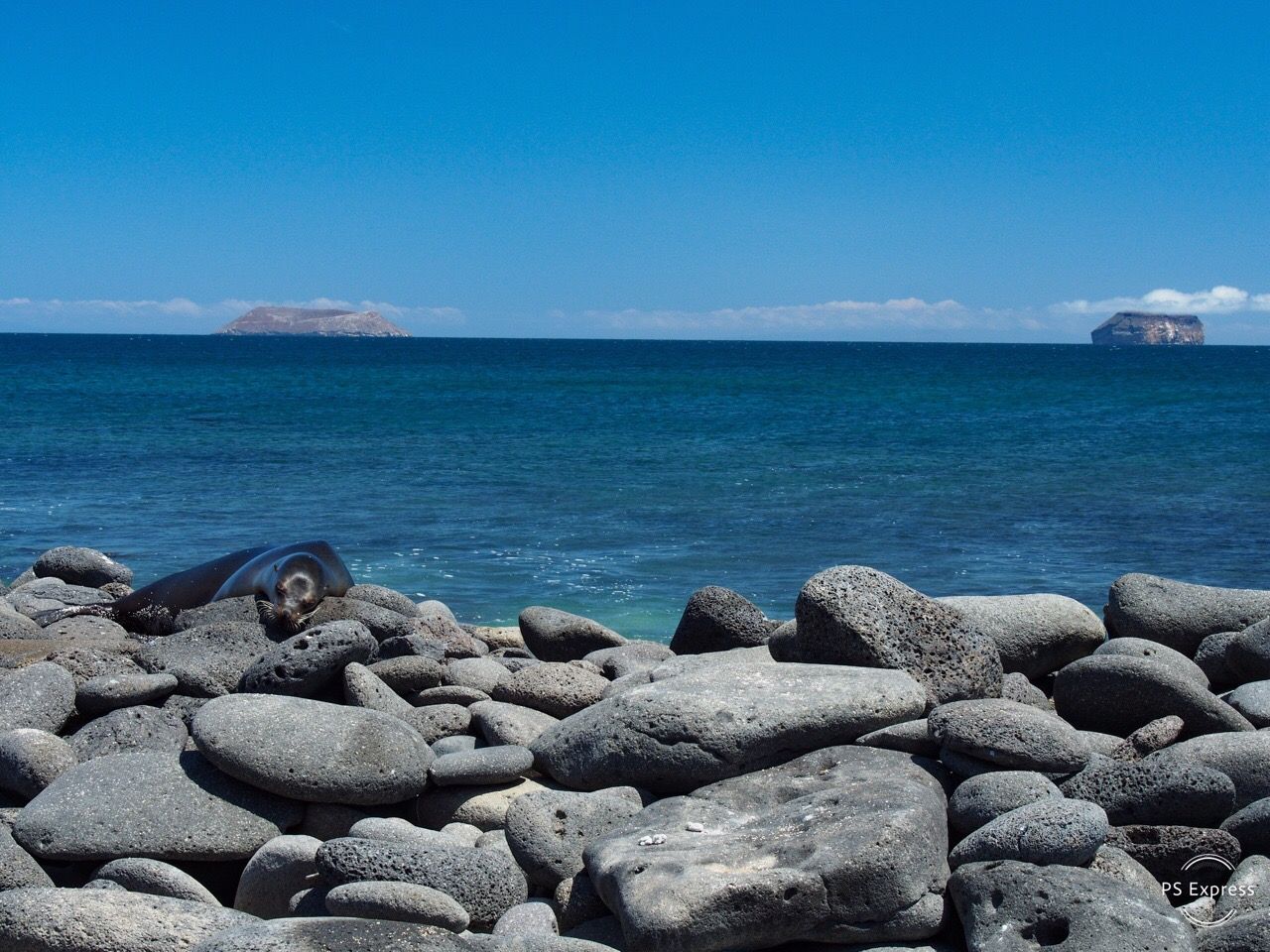 After this walk, we got back on the Santa Fe and ate lunch while we motored for about 45 minutes to Playa Las Bachas (again, see the map on Ecuador–Day 3). (Apparently, during WW2 this is where the US Navy kept the barges that carried materials from Santa Cruz to the airfield on Baltra. If you try pronouncing "barges" with a Spanish (Ecuadorian) accent, you end up with something that sounds like bachas 😃)
At Las Bachas several people took a walk, several swam, and the rest (including Eileen and Larry) snorkeled and saw angelfish and damselfish, among other small fish. 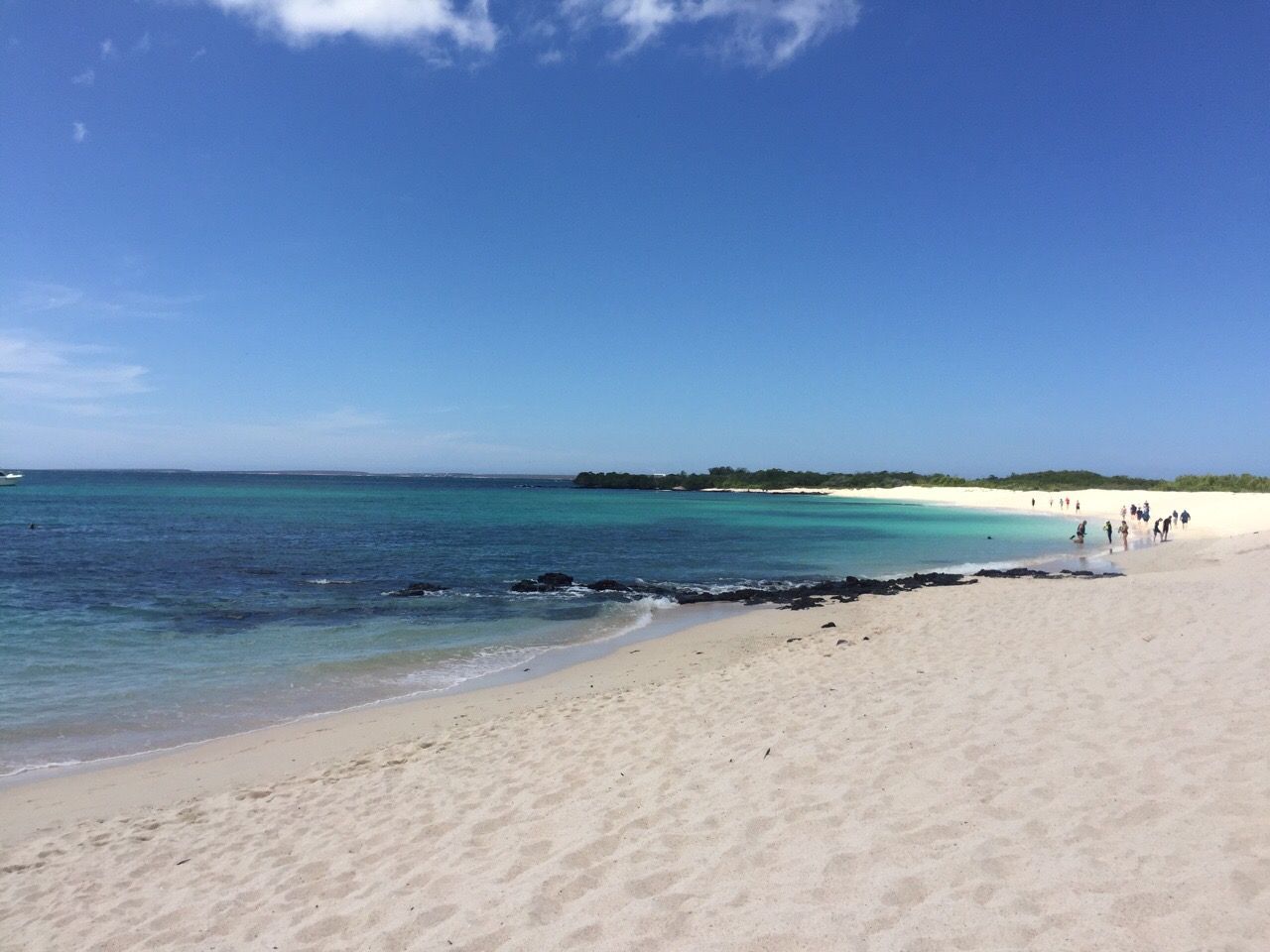 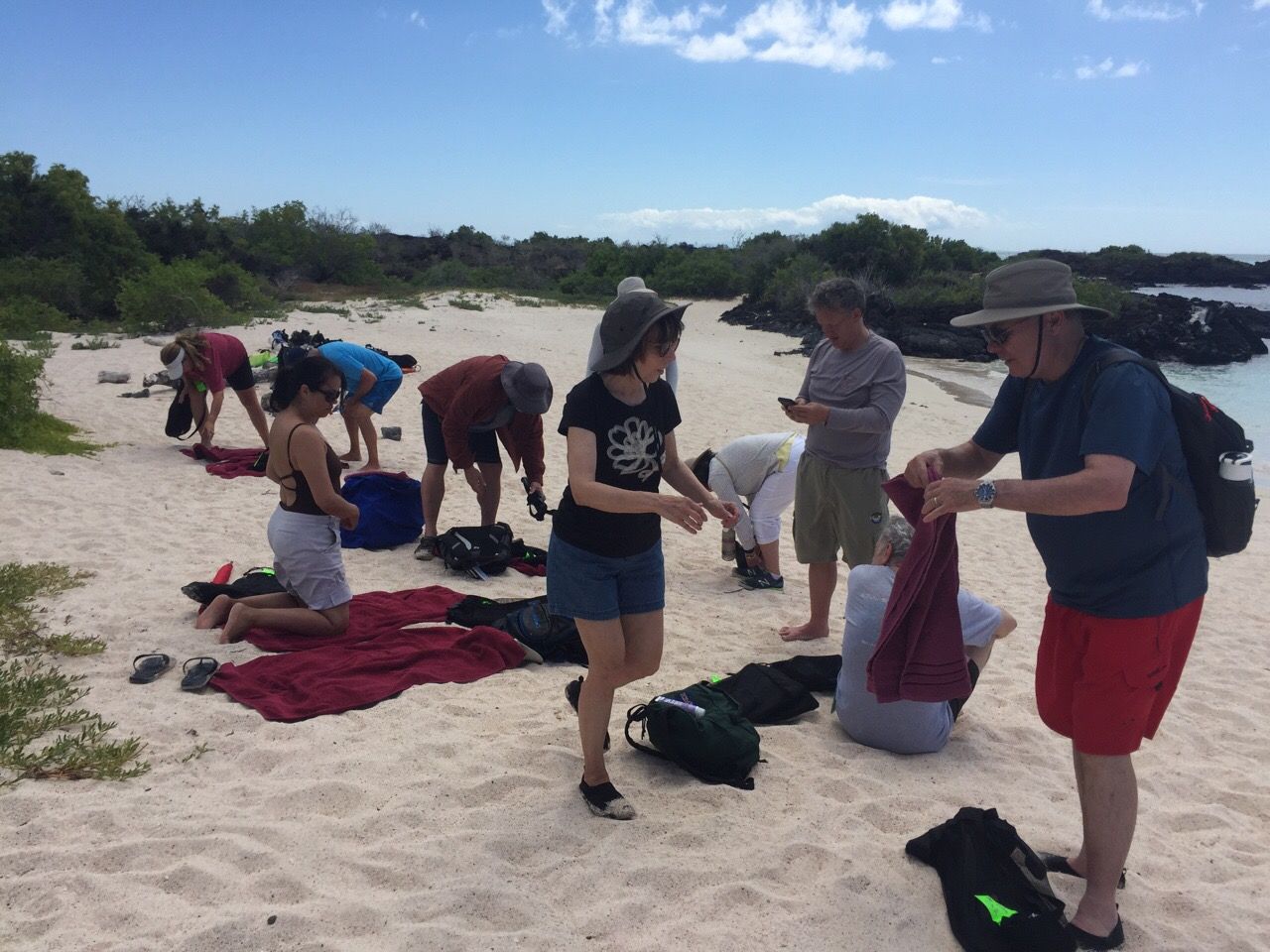 After about an hour, we loaded back onto the Santa Fe and motored back to the port and took the bus back to the hotel.
After showering and going through pictures, we got a review of the next day, and another excellent dinner.
Links:
Link to Ecuador – Day 5

Published by Eileen and Larry Samberg on May 31st, 2019