Leaving at 8:30 am, we headed again to the boat pier at the Itabaca Channel and took a zodiac to the Santa Fe. Today we cruised for about an hour and 10 minutes to South Plaza (Isla Plaza Sur), one of two islands just off the eastern tip of Santa Cruz, and the only one open to tours, taking the zodiac in two groups to a small pier. 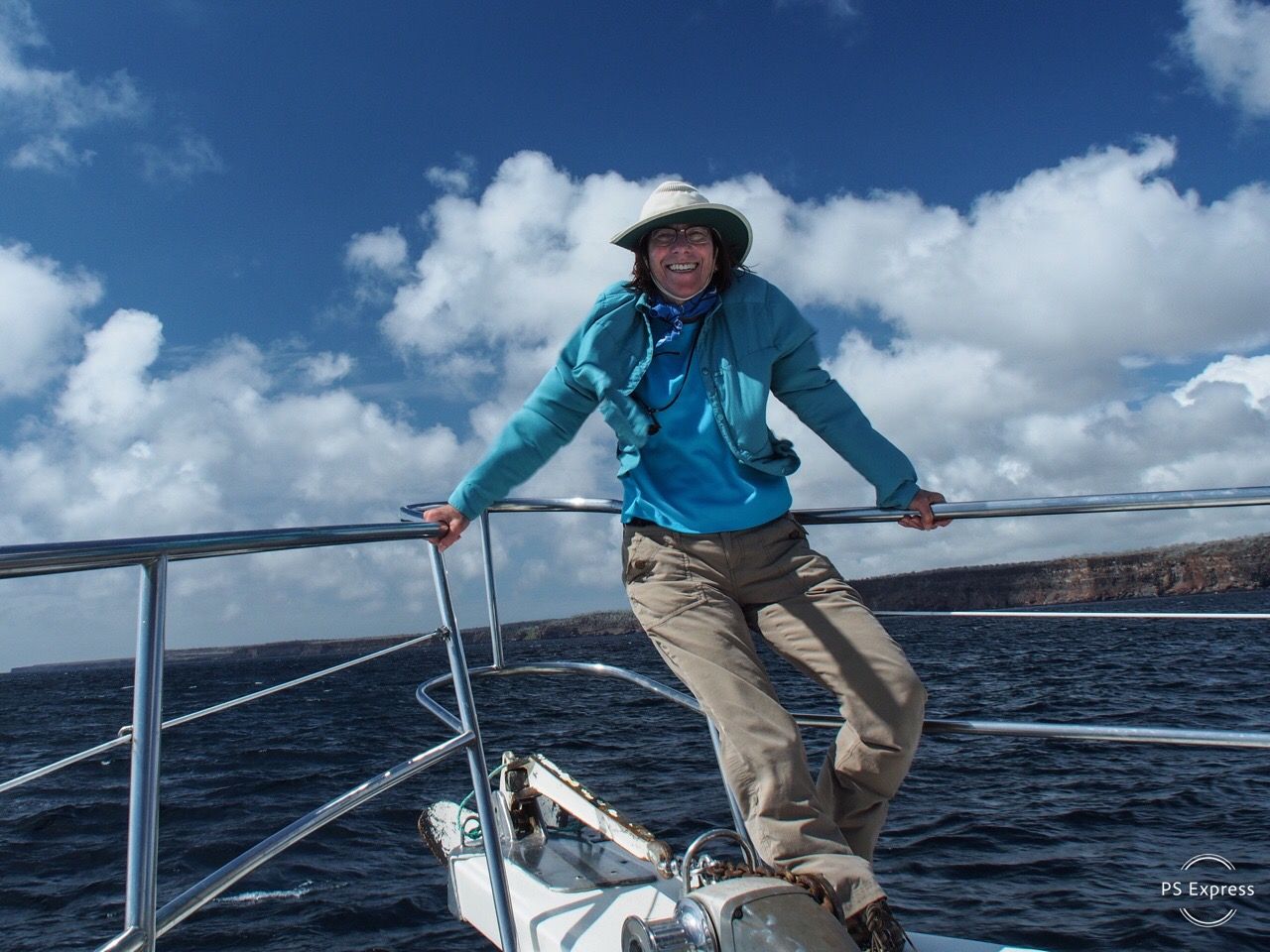 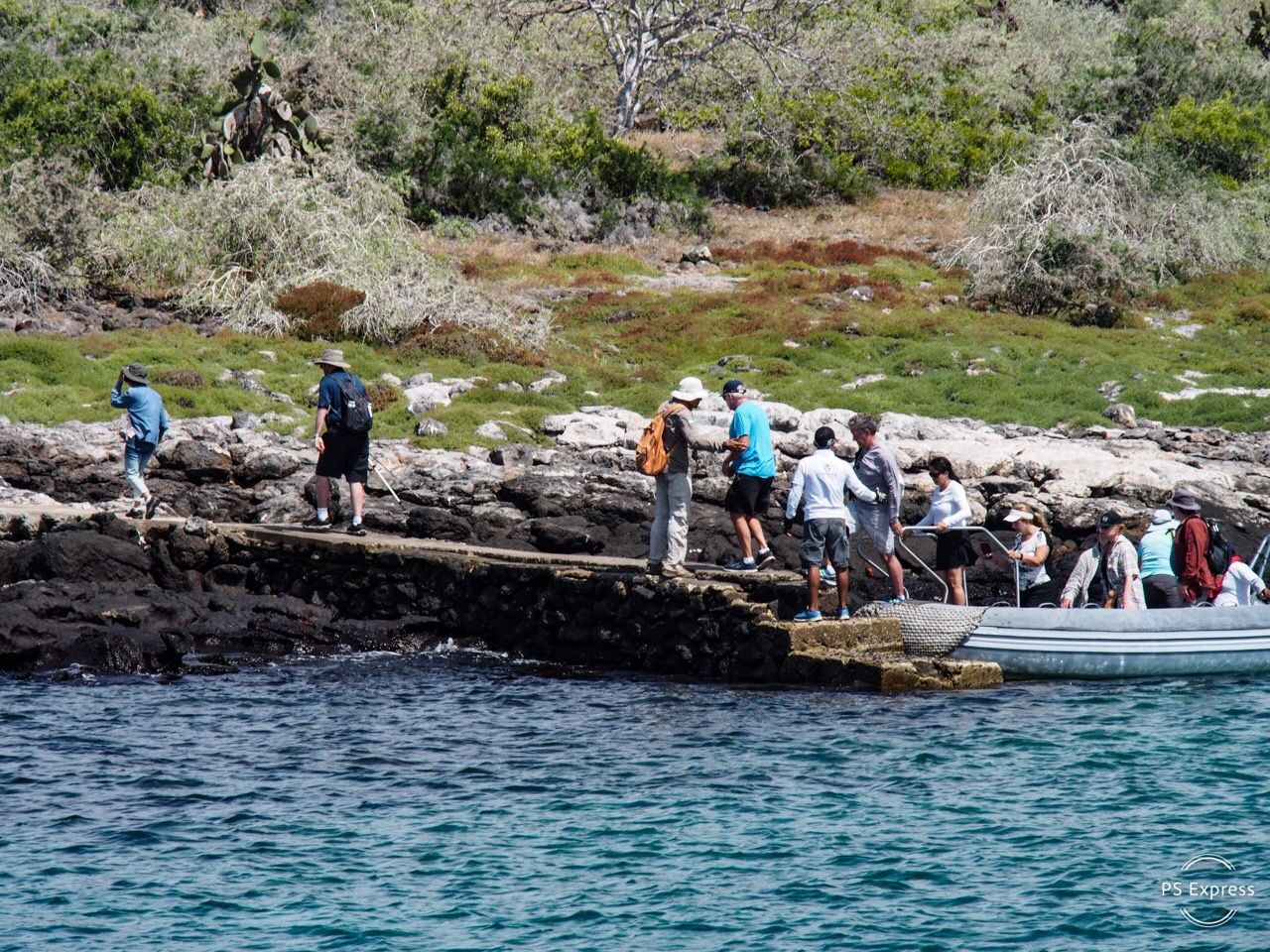 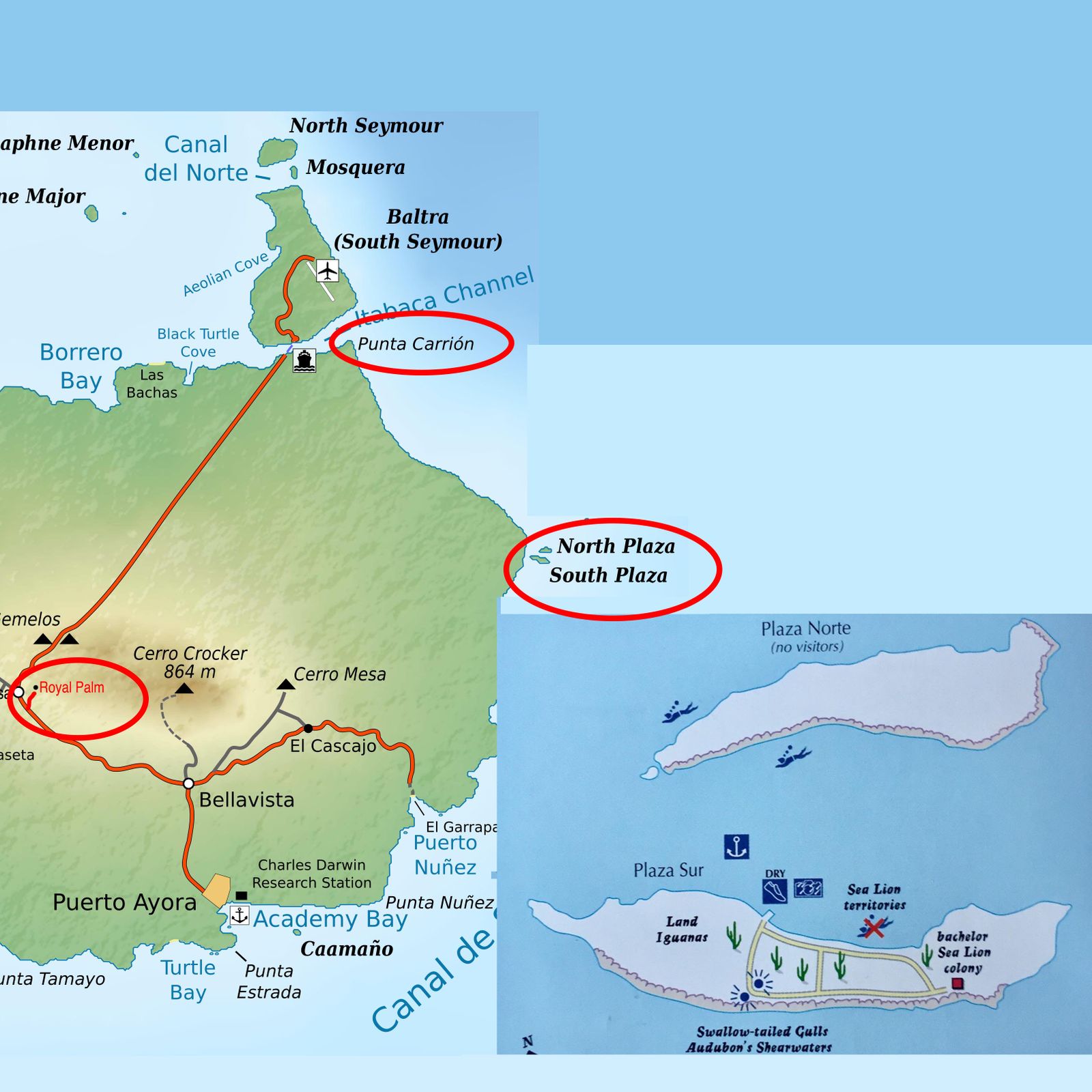 We were greeted by sea lions and land iguanas. We, again, split up in two groups, José taking one group and Xavier taking the other in opposite directions of the loop. 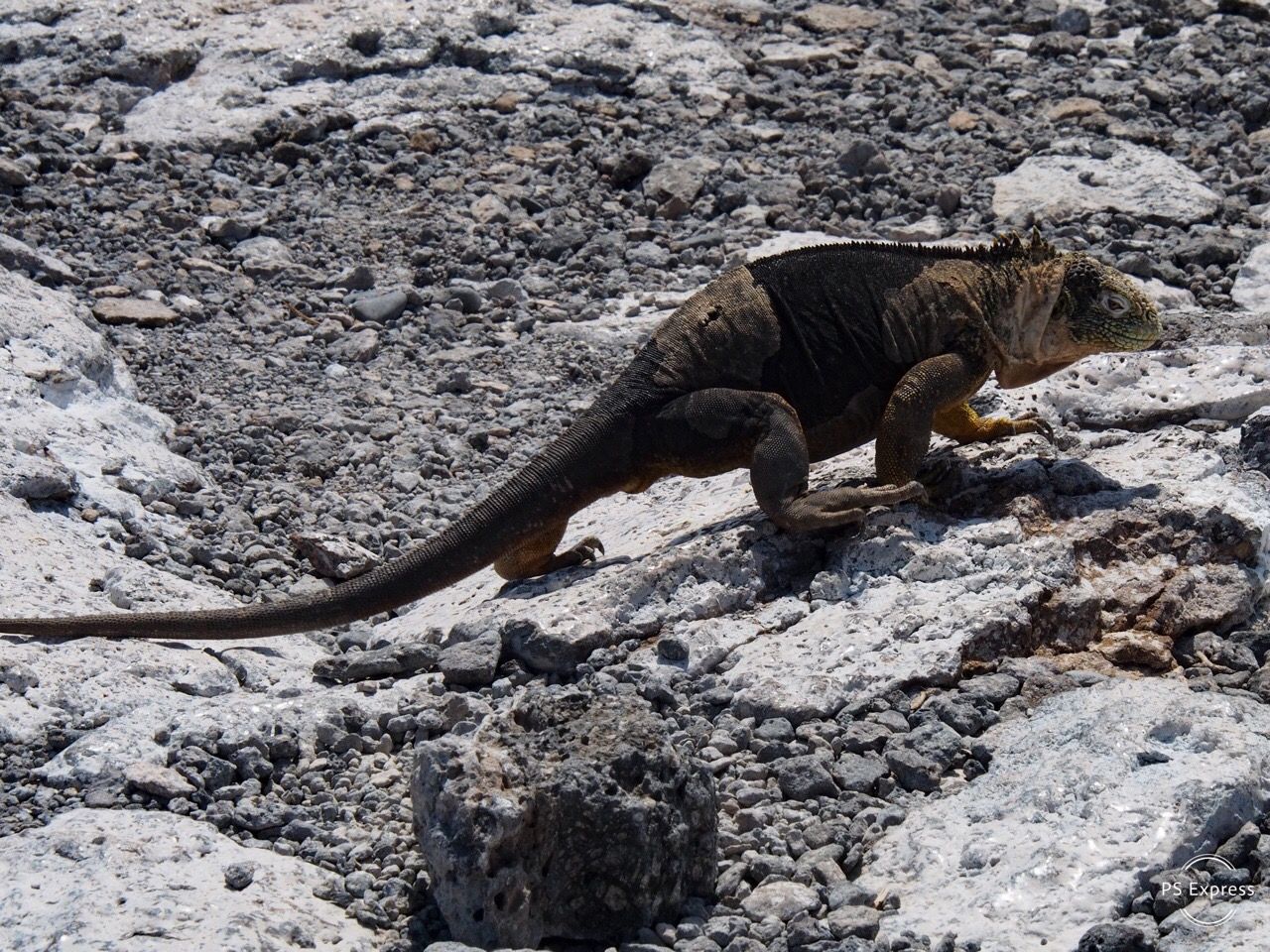 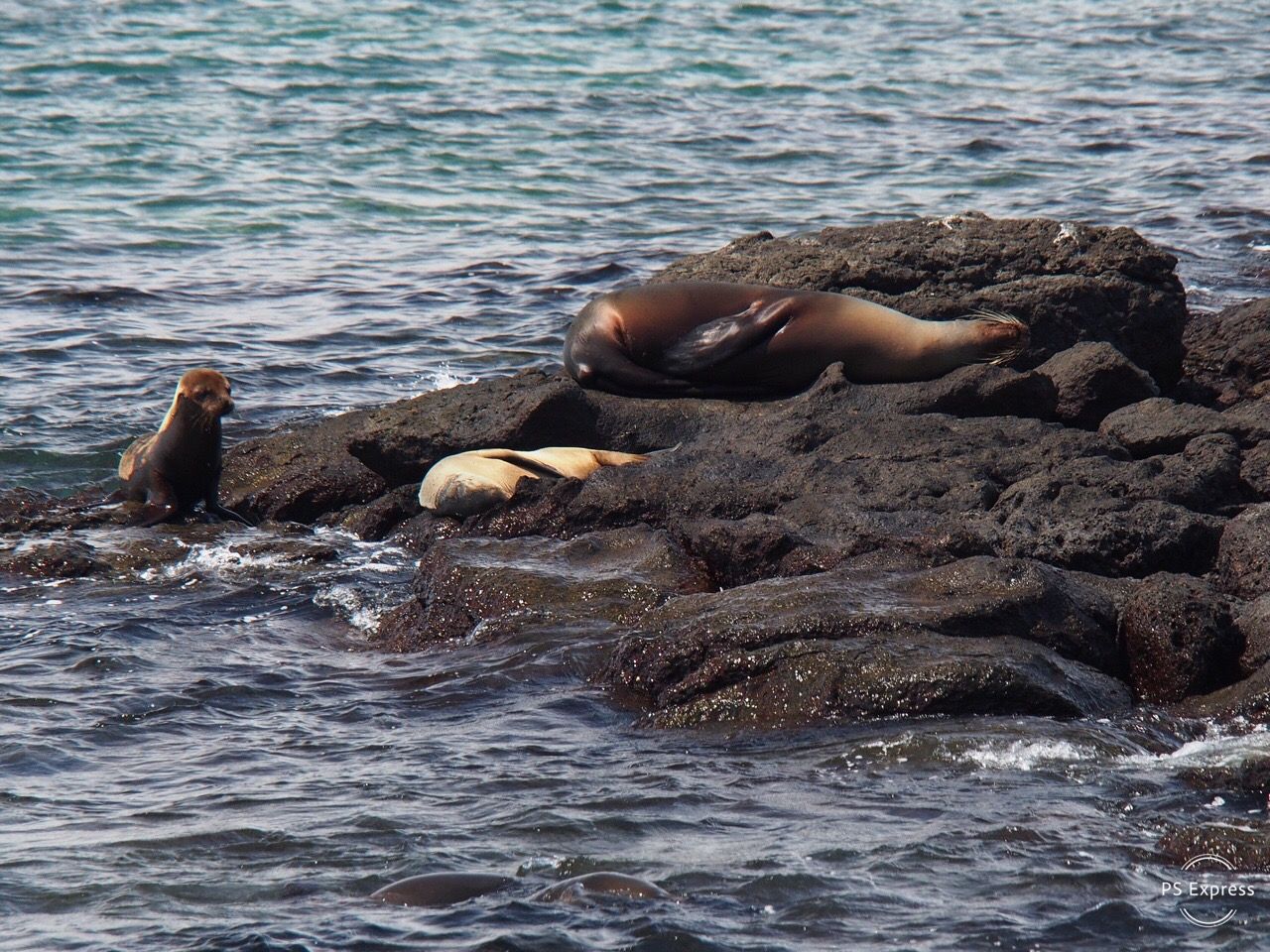 And an invasive species. 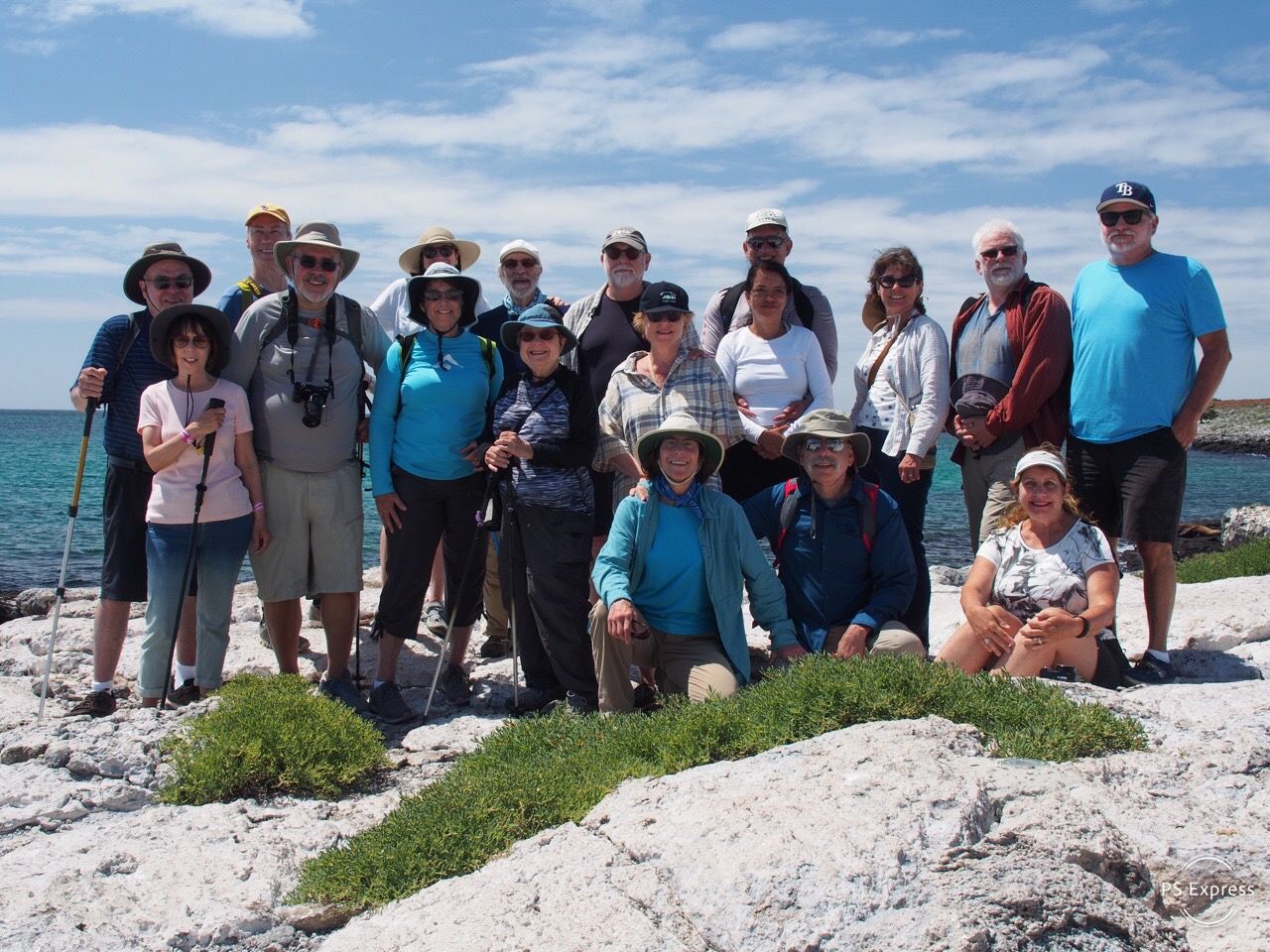 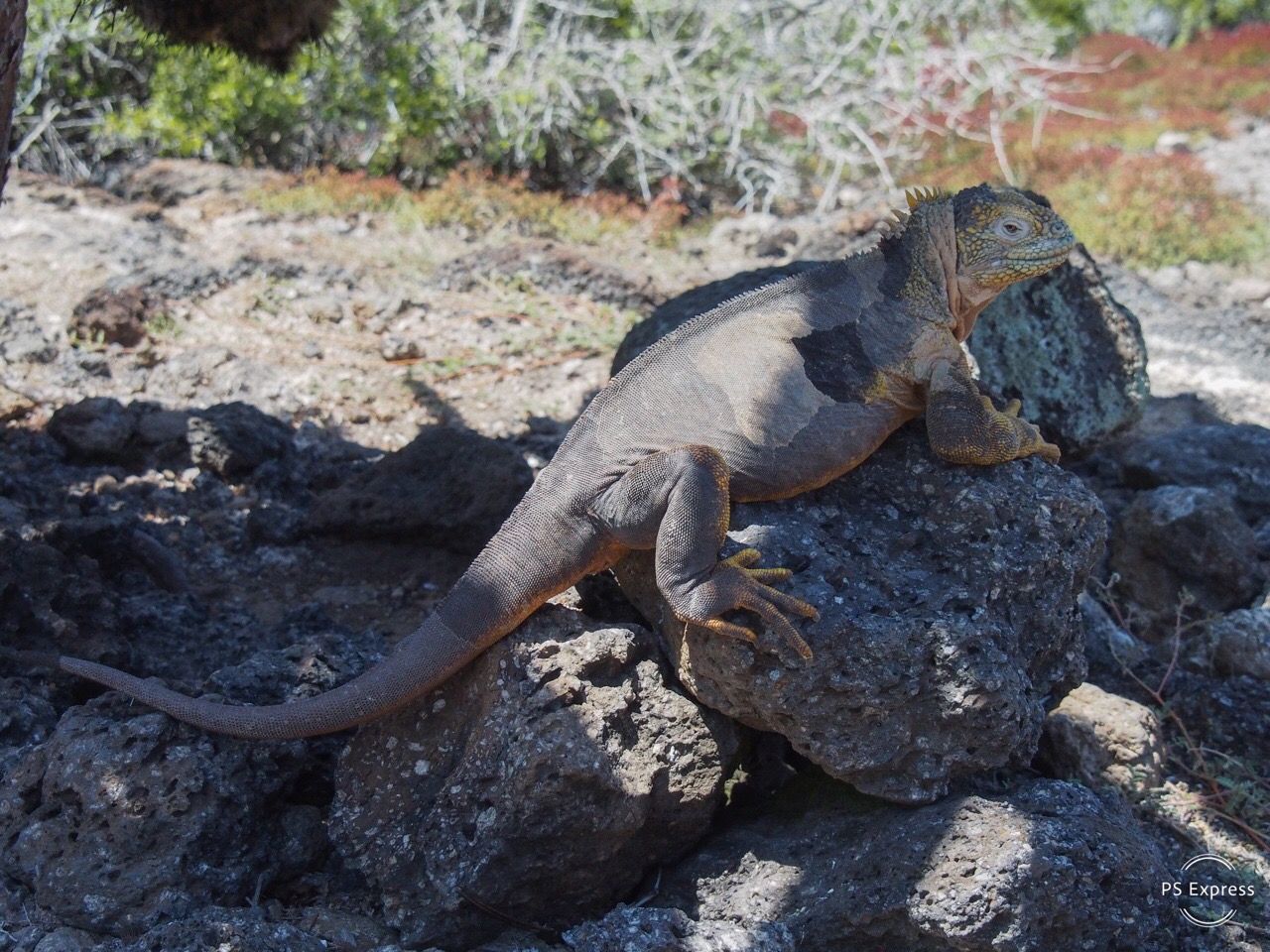 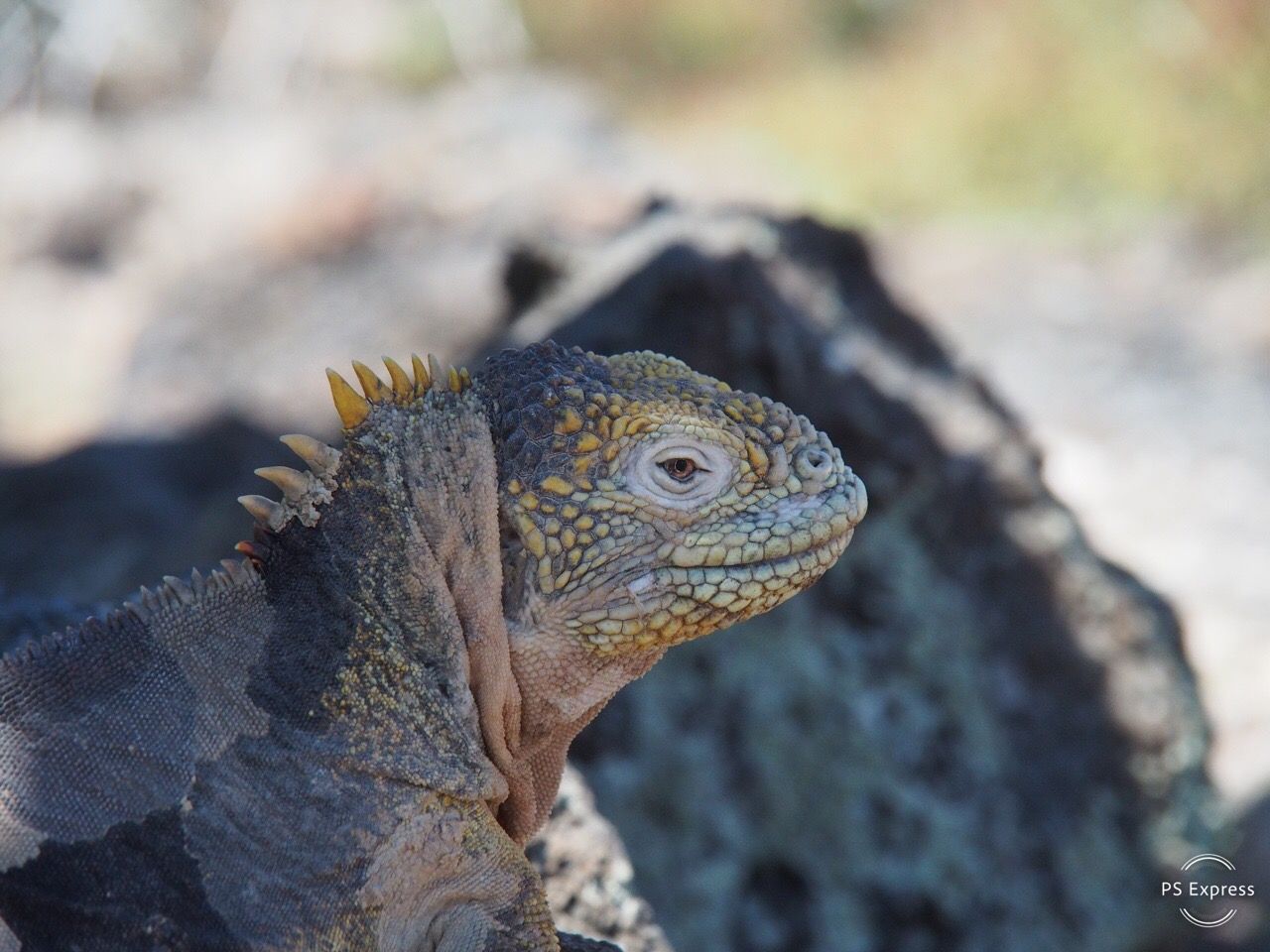 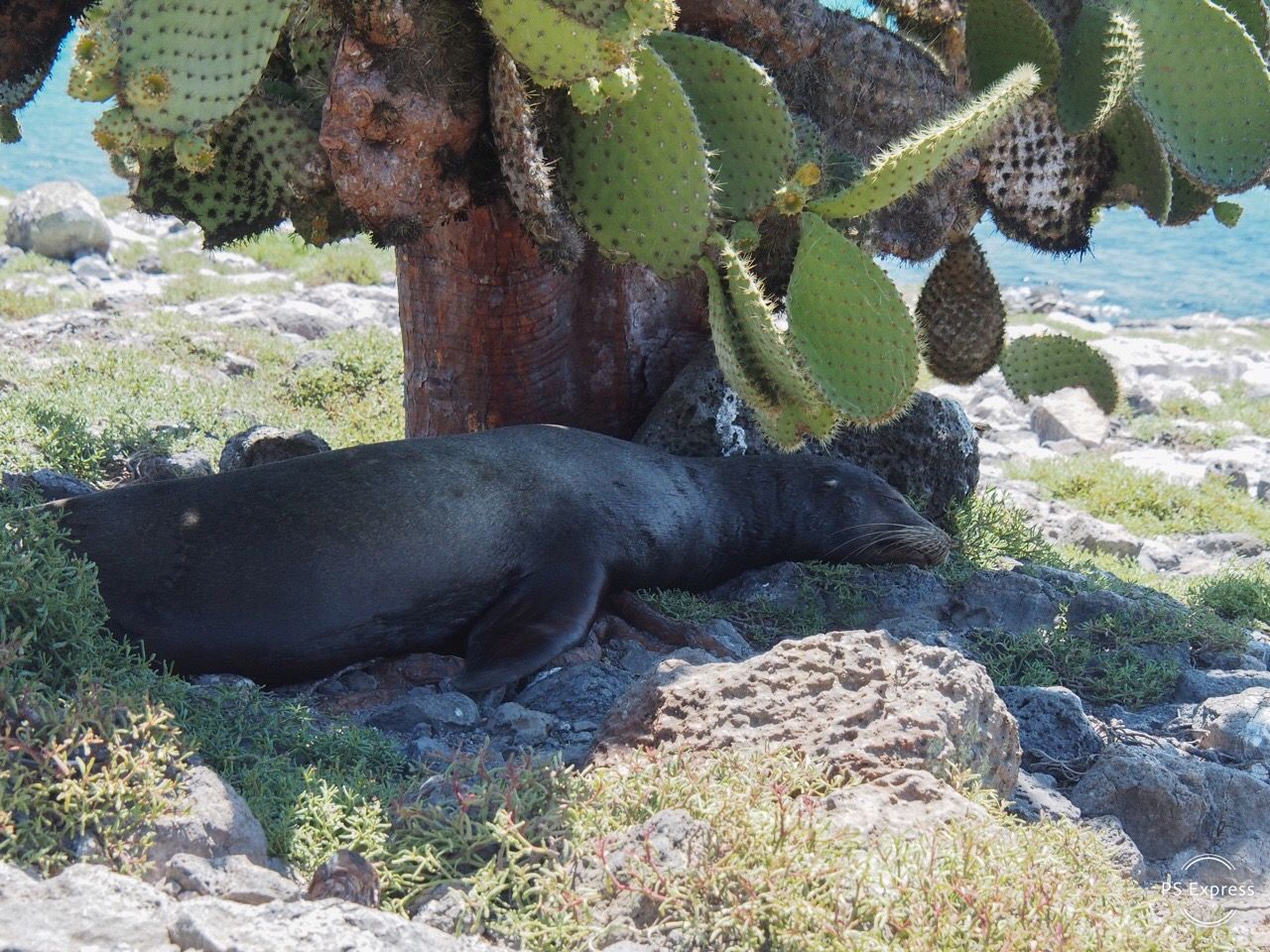 The island vegetation is mostly Galápagos Carpetweed, green when moist, orange when moisture is limited, and red when dry; and an endemic form of Prickly Pear Cactus. There are land iguanas everywhere. During the main part of the day they mostly lie in the shade. Their main diet are the prickly pears. The island is also the home to a number of sea lion colonies and a large bachelor sea lion colony. The important birds are the Swallow-tailed (nocturnal) Gull — unique in that it only eats at night, and the Red-billed Tropic Bird. José talked about the predator chain, with hawks, a relatively newcomer to this island, at the top. and sure enough, a juvenile Galápagos Hawk flew overhead.
The Red-billed Tropic Bird. 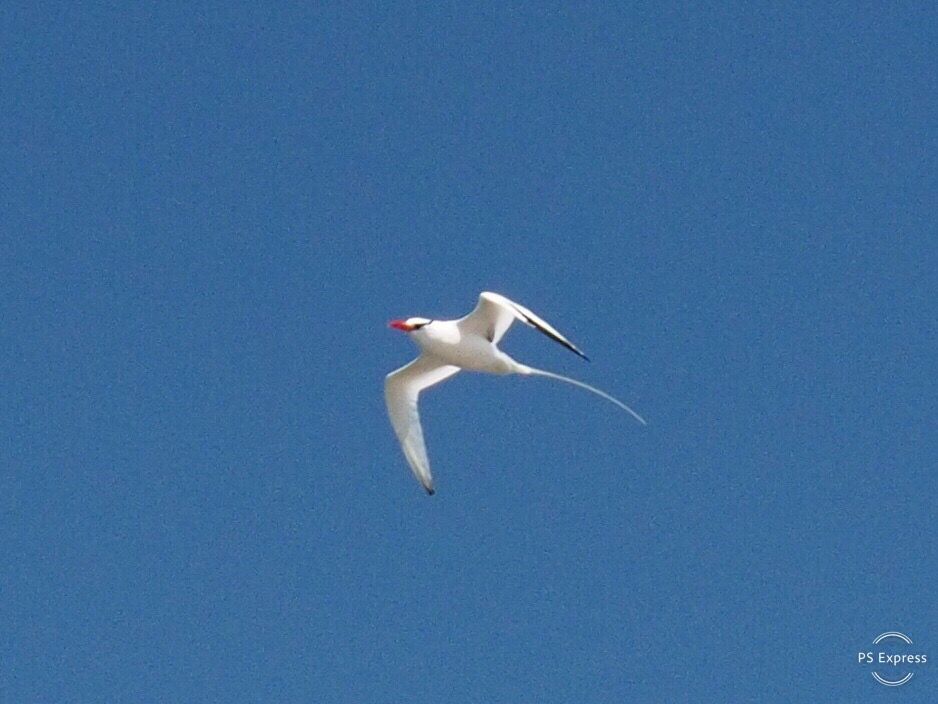 A Frigatebird. South Plaza is not a home for these, so although there were quite a few flying around, they most likely flew over from one of the other islands for the day. 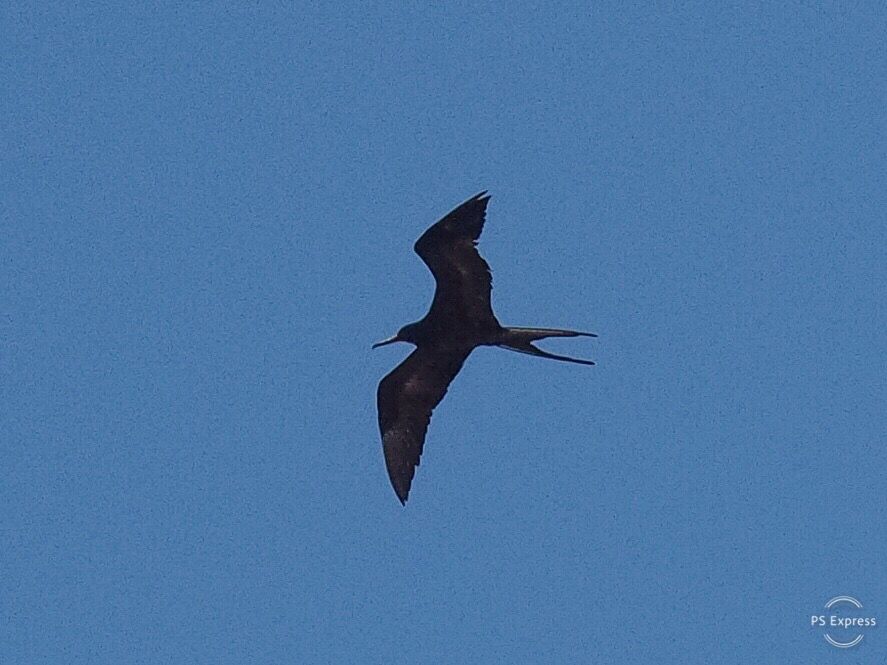 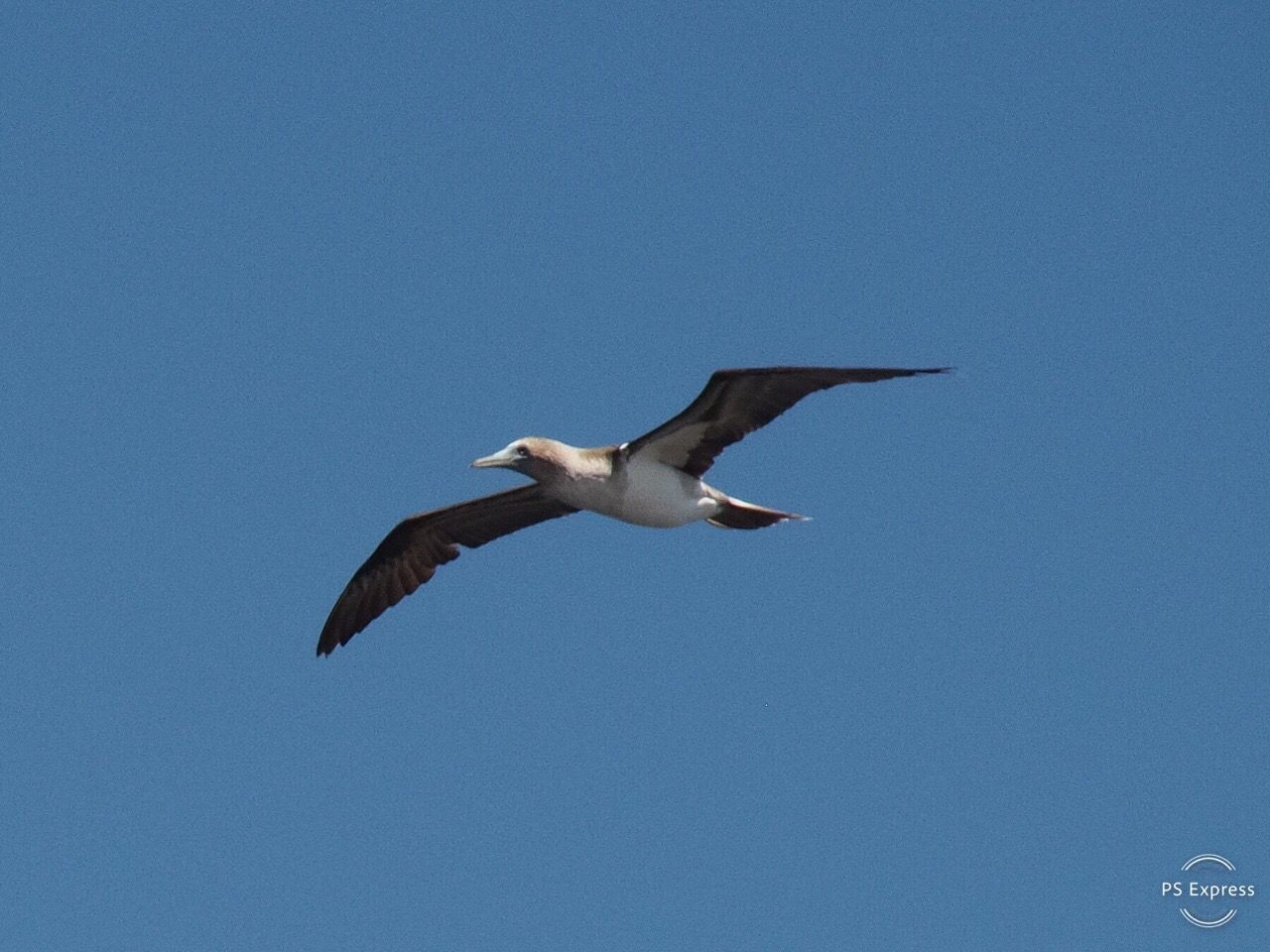 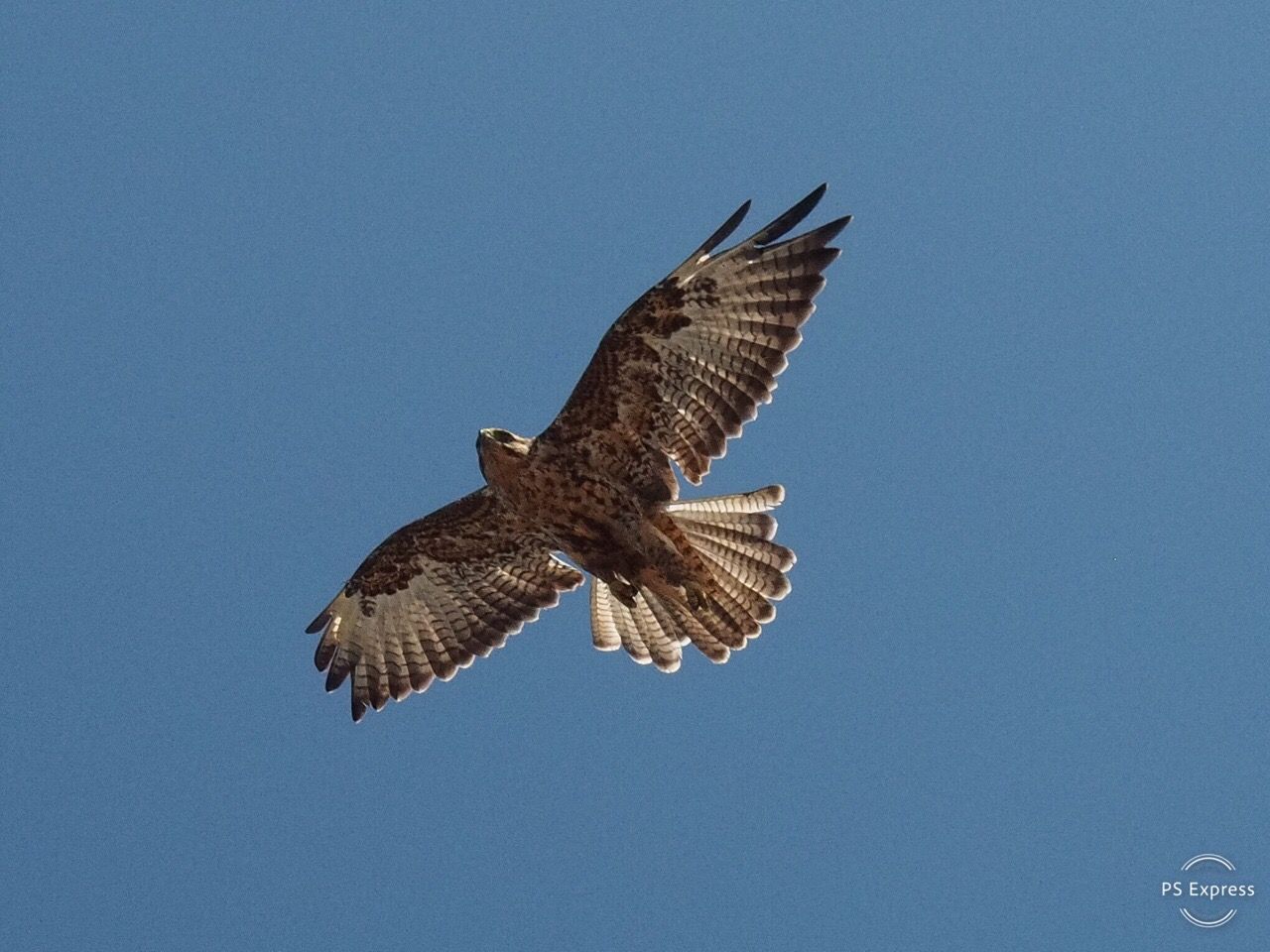 The gulls nest on the cliffs. 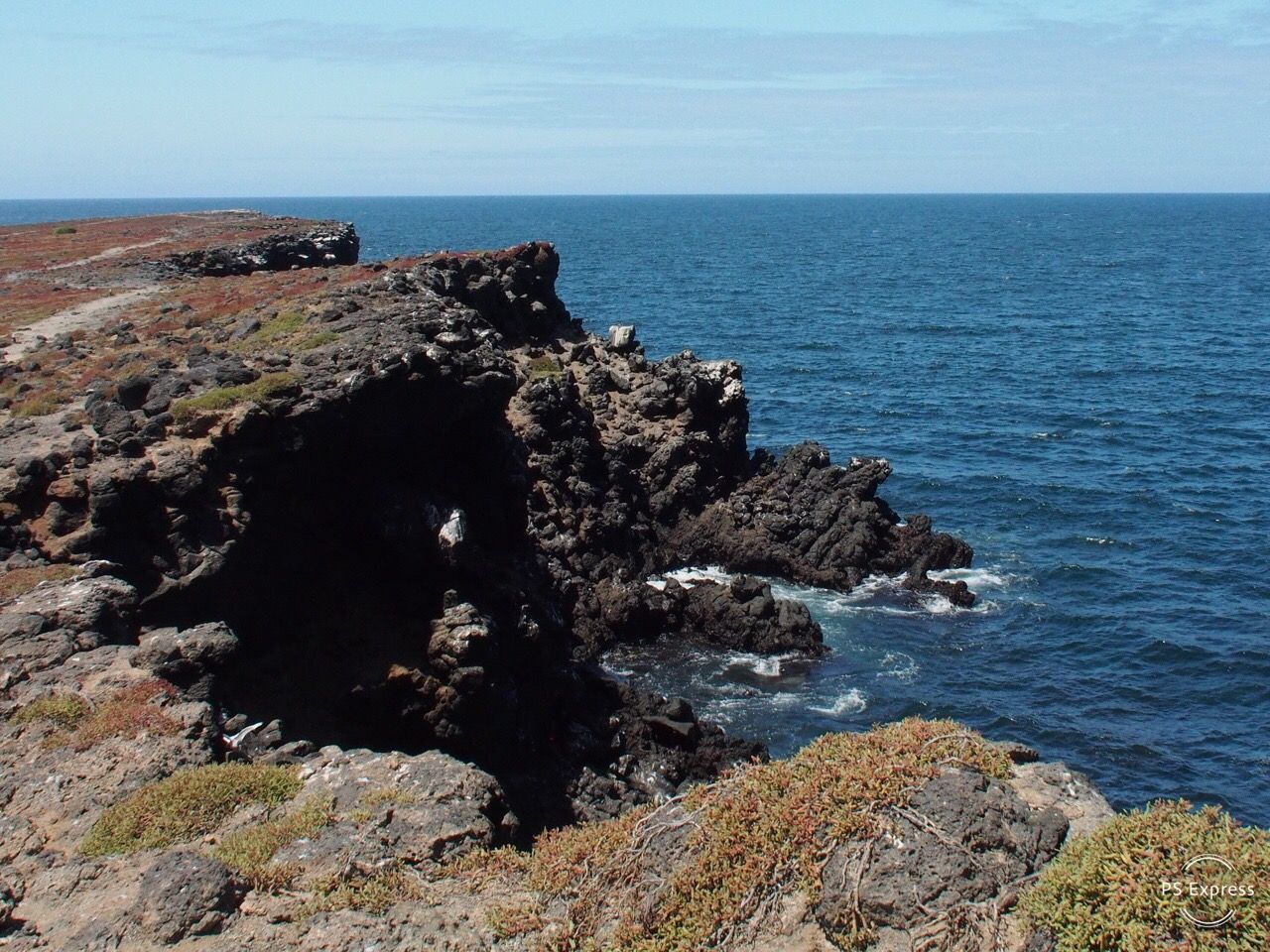 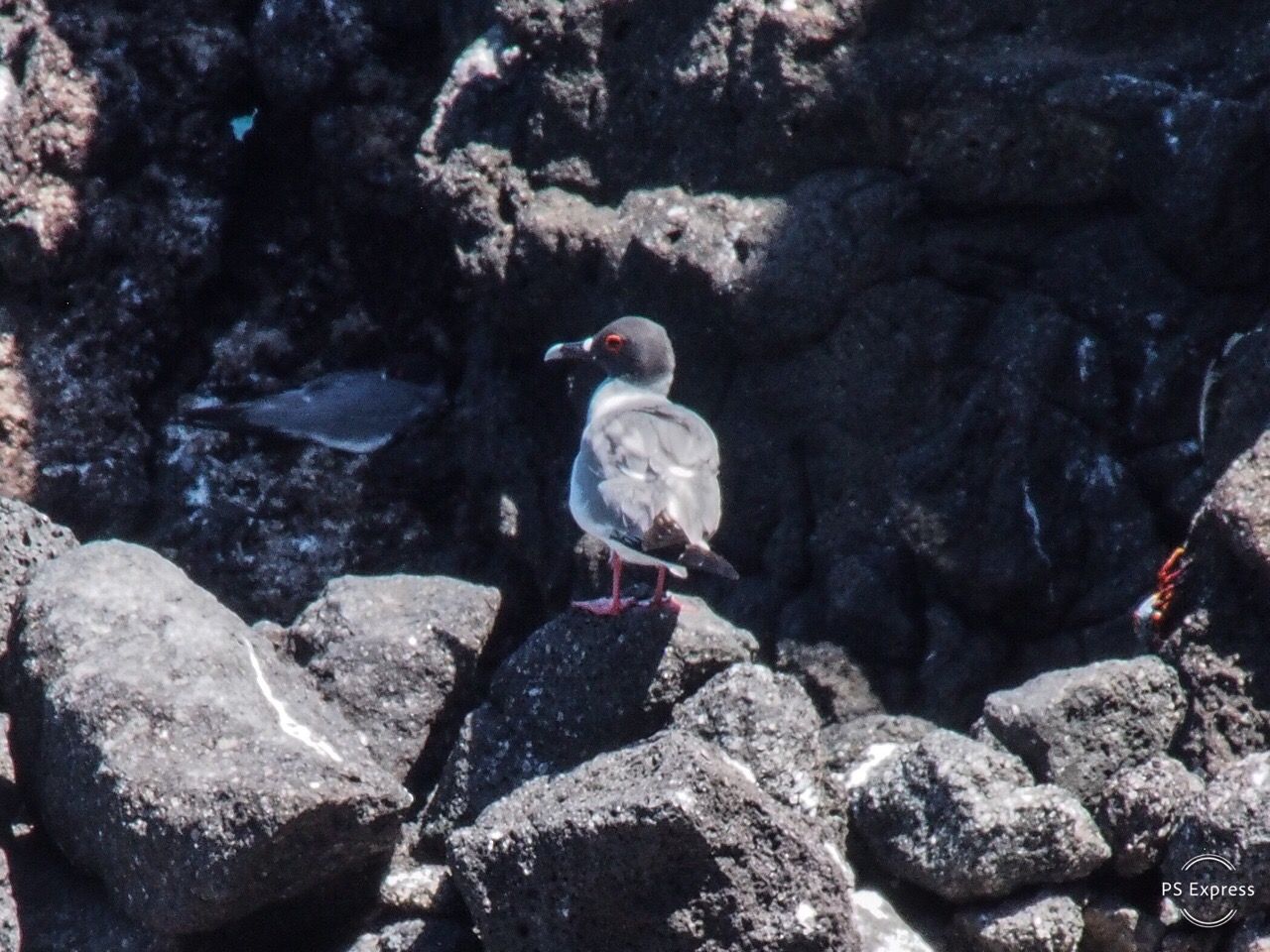 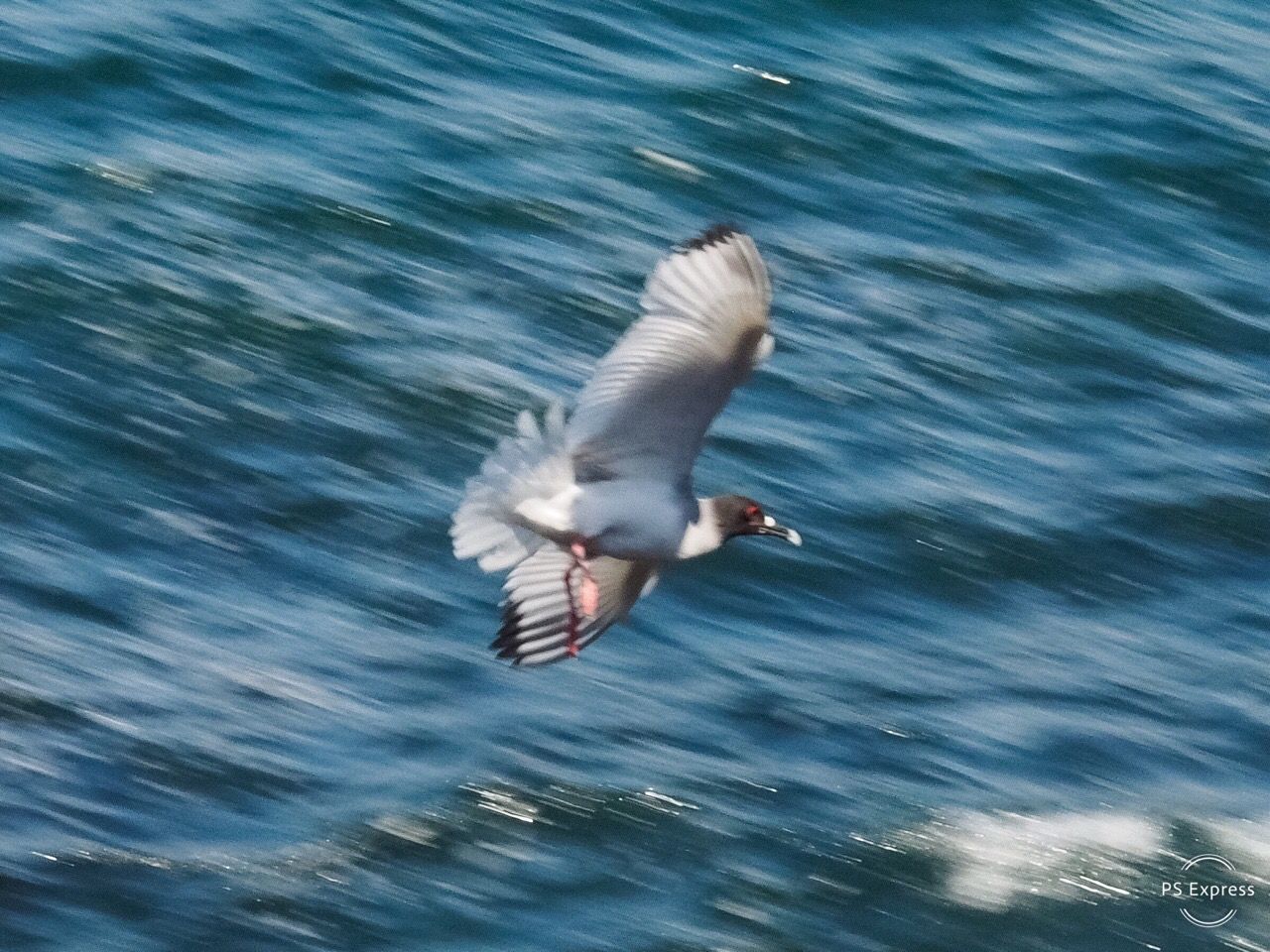 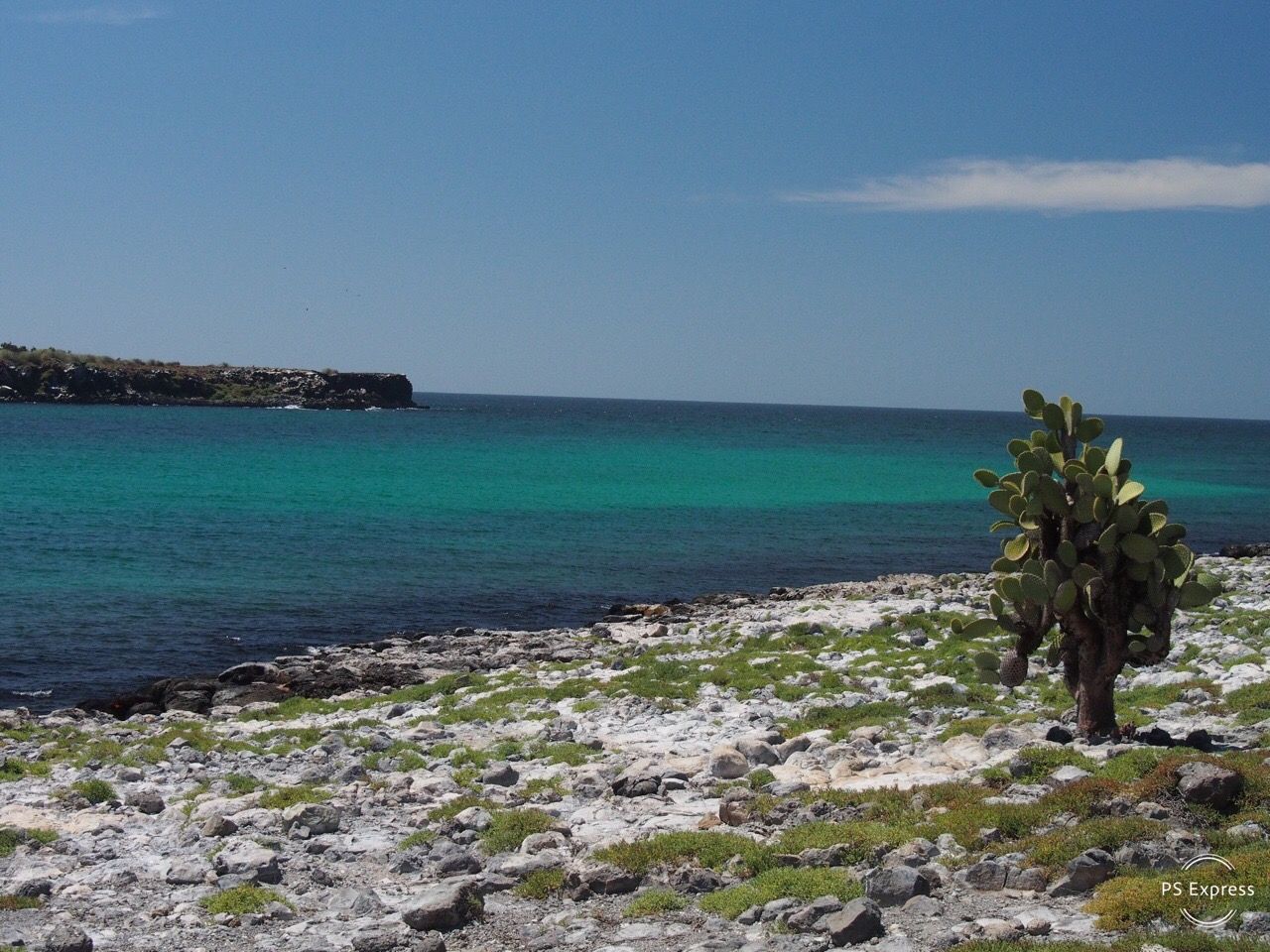 And, of course, a Sally Lightfoot crab. 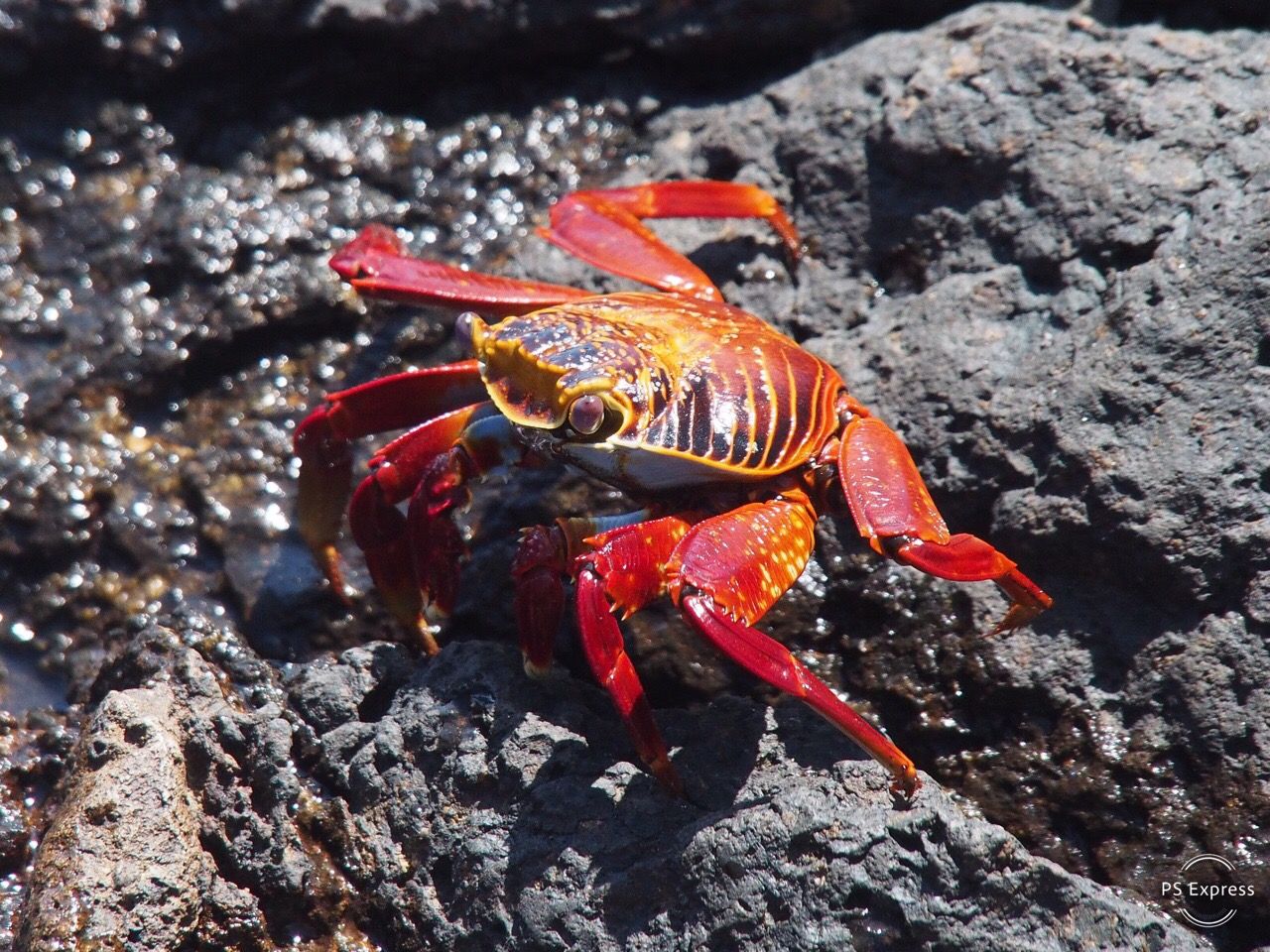 After lunch on the boat, we headed to Punta Carrión, a beautiful spot with a cove. A number of us went snorkeling, while others swam or stayed on the boat. We went upcurrent in the zodiac so it would be easy to get back to the boat. We saw many different fish and sea urchins (Pencil-spined, Crowned, White). Xavier pointed out two white-tipped sharks hiding in an underwater cave. Then he led us into the cove, where he showed us tiny shrimp and puffer and parrotfish.
Here are some images (we didn’t take underwater pics, so these are from other sources) of fish we saw: Yellow-tail Damselfish, Angelfish, Guineafowl Puffer, Parrotfish, White-tipped Reef Shark. 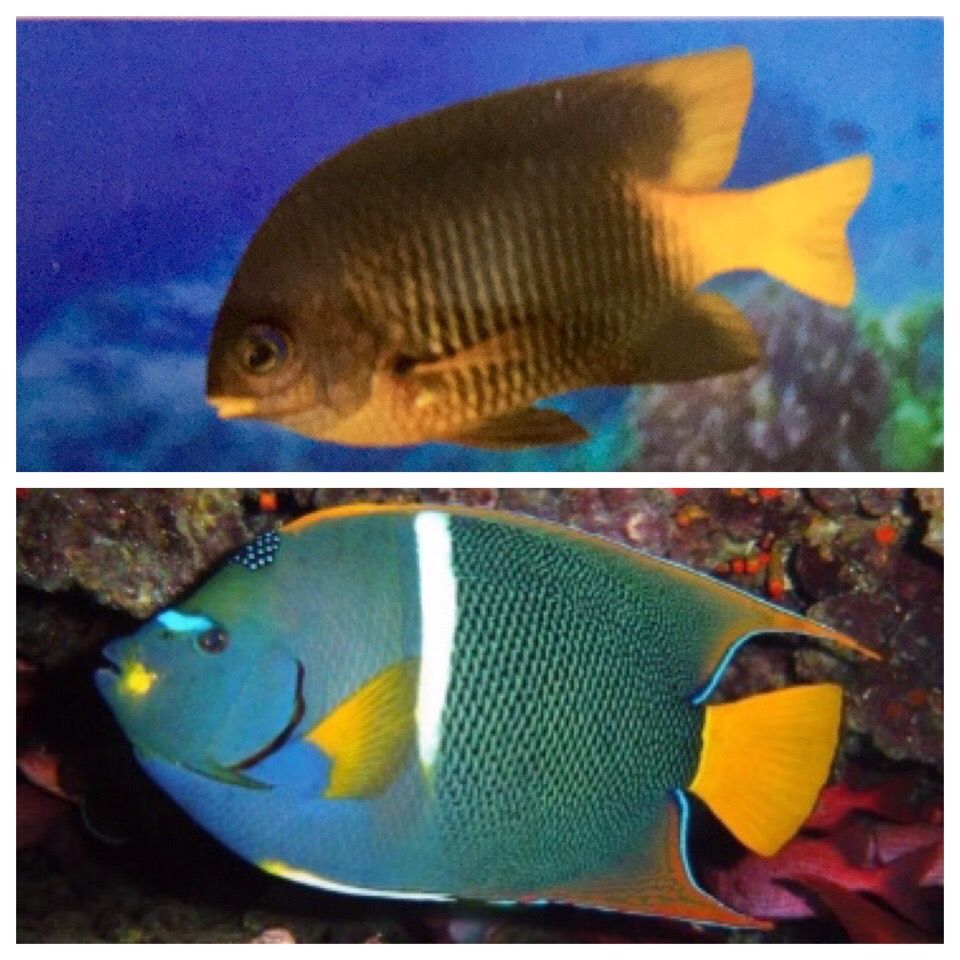 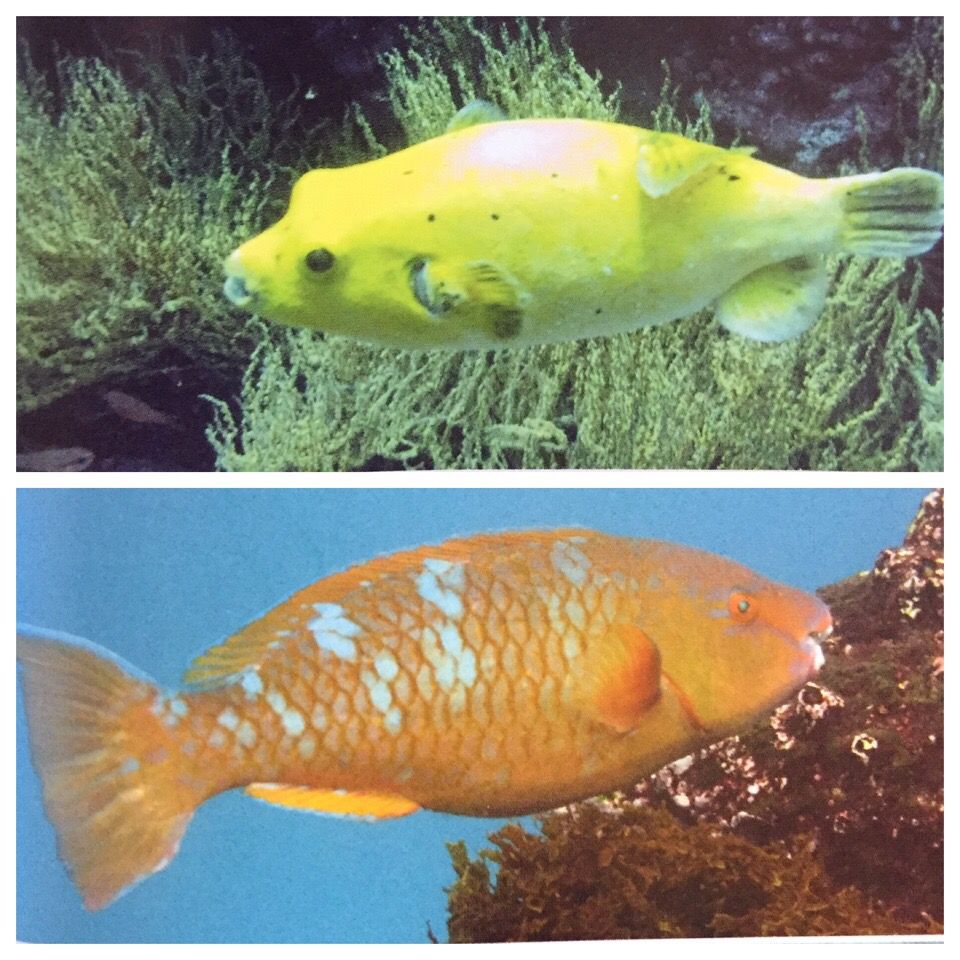 Once back in the boat, we headed back to the pier, and then back to the hotel, for shower and relaxation, a review of the next day, and an excellent dinner, one of the best so far, although all here have been excellent.
Links:
Link to Ecuador – Day 6

Published by Eileen and Larry Samberg on June 1st, 2019