The Royal Palm Hotel has a lava tunnel right on the property, and that’s where we headed after breakfast. Lava tunnels are formed when the outside skin of a molten-lava flow solidifies. When the flow ceases, the molten lava inside the flow keeps going, hollowing out tunnels.
We navigated by the dim lights and our flashlights, while Xavier walked us through, once again telling us of the relative newness in geological time the islands are, and thus the tunnel has not developed stalactites or stalagmites. The coloring we saw in the tunnel was bacteria (not harmful) and some calcite. Some areas were roomy and in some areas we had to duck. We left via one of the "skylights", a spot where the tunnel has caved in. 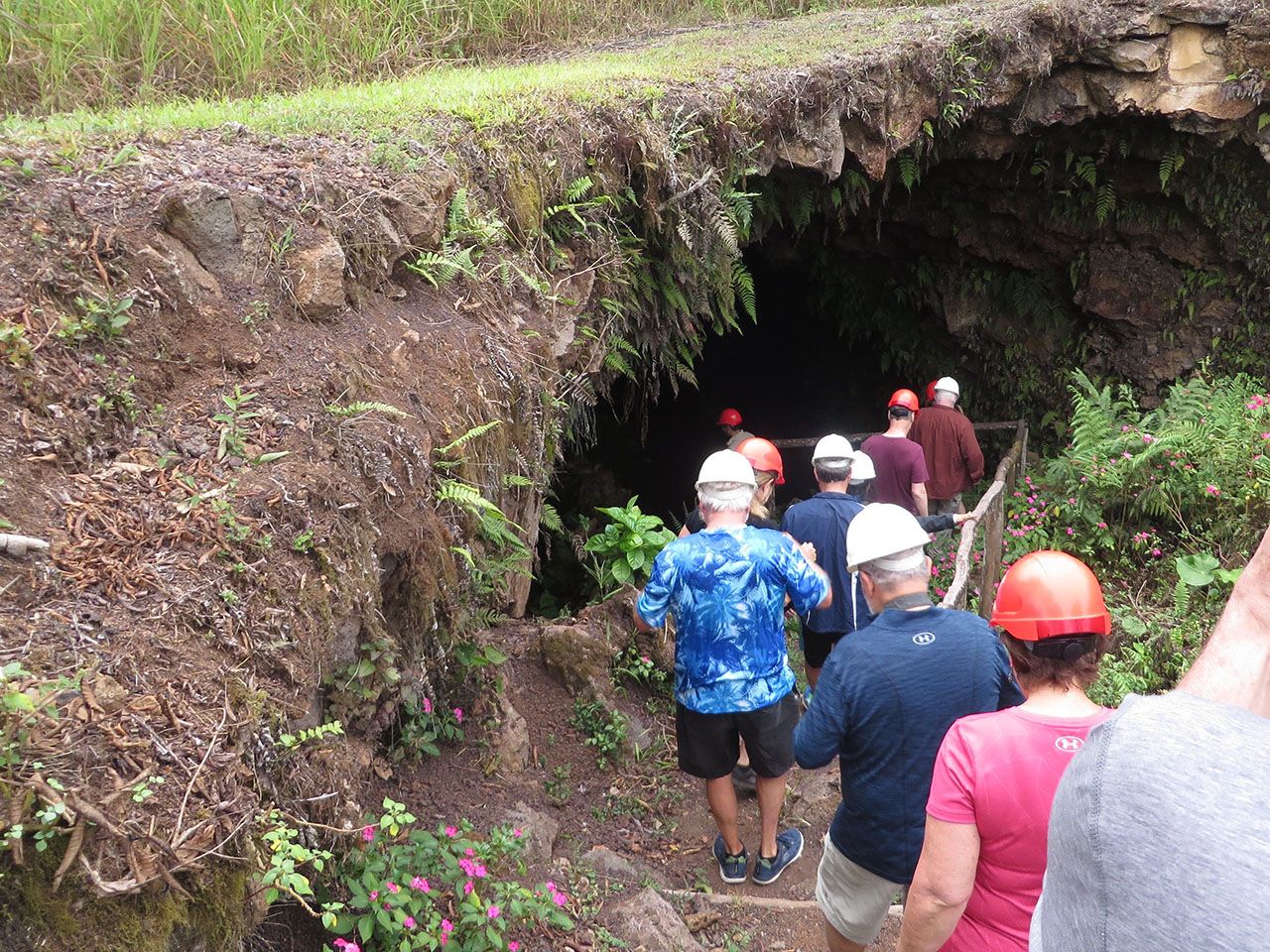 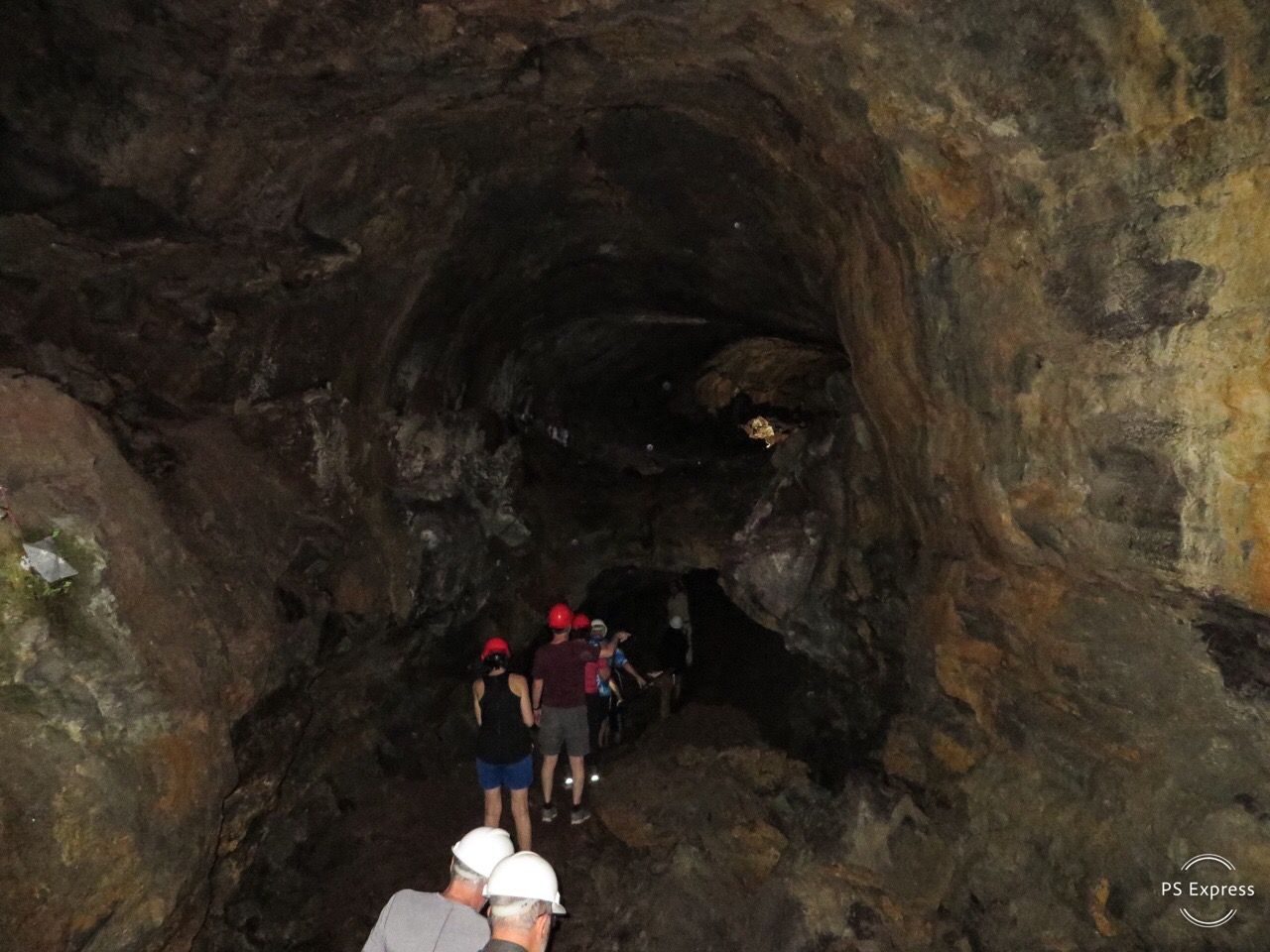 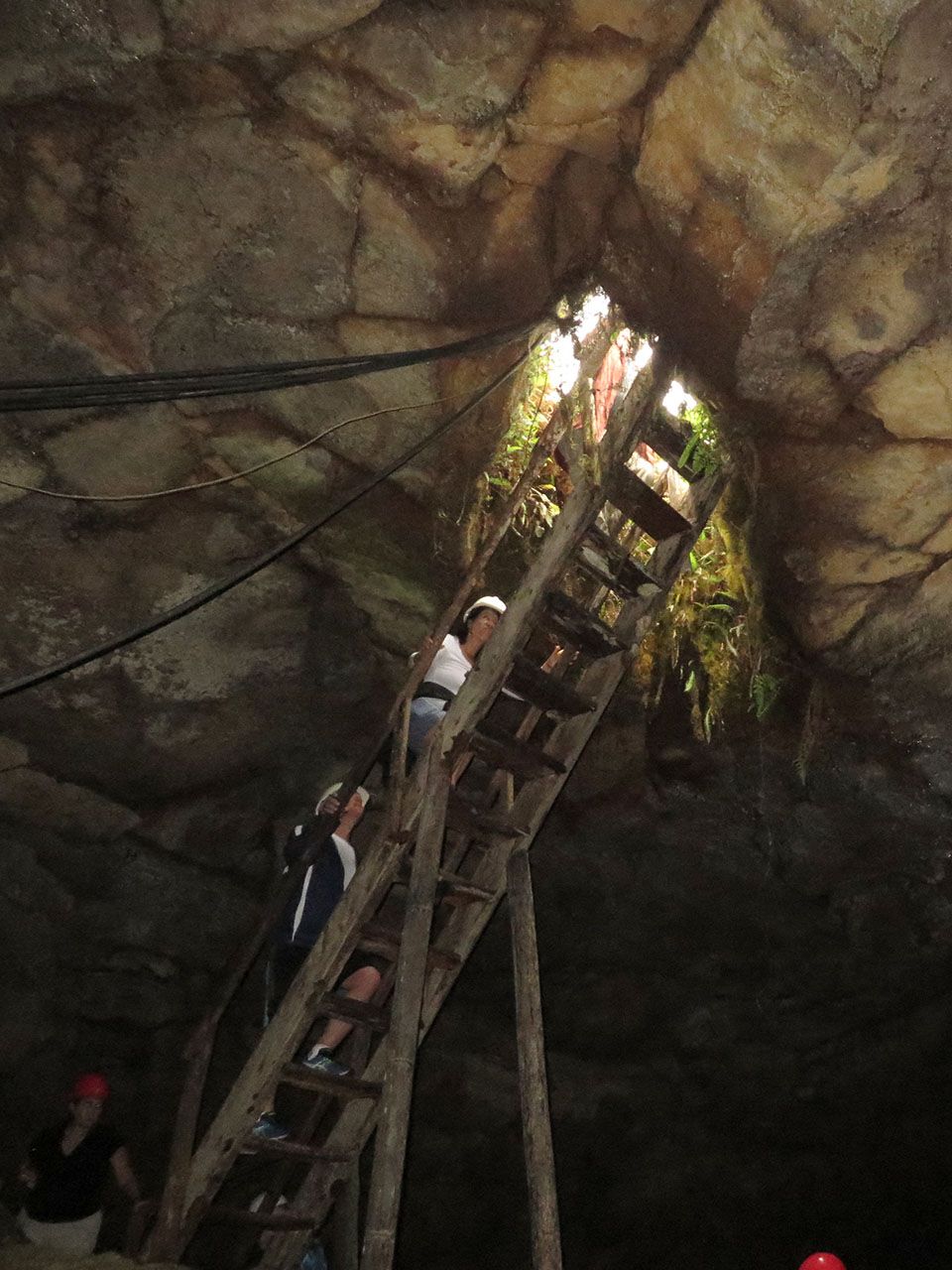 Then it was on to nearby Manzanillo Ranch, an ecotourism site where tortoises just wander on the property. We saw them everywhere, including a mud pond with a half dozen or more of tortoises. 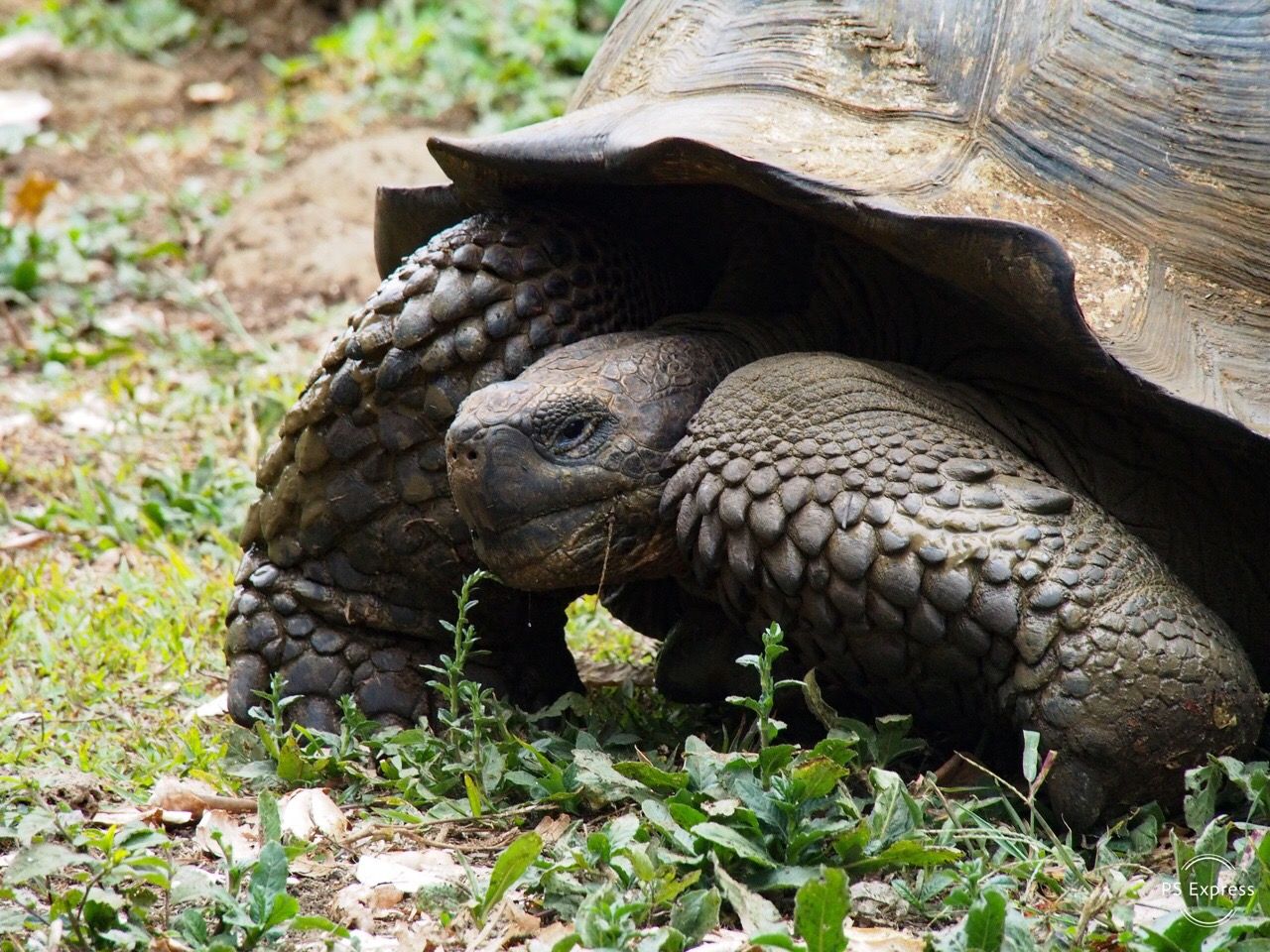 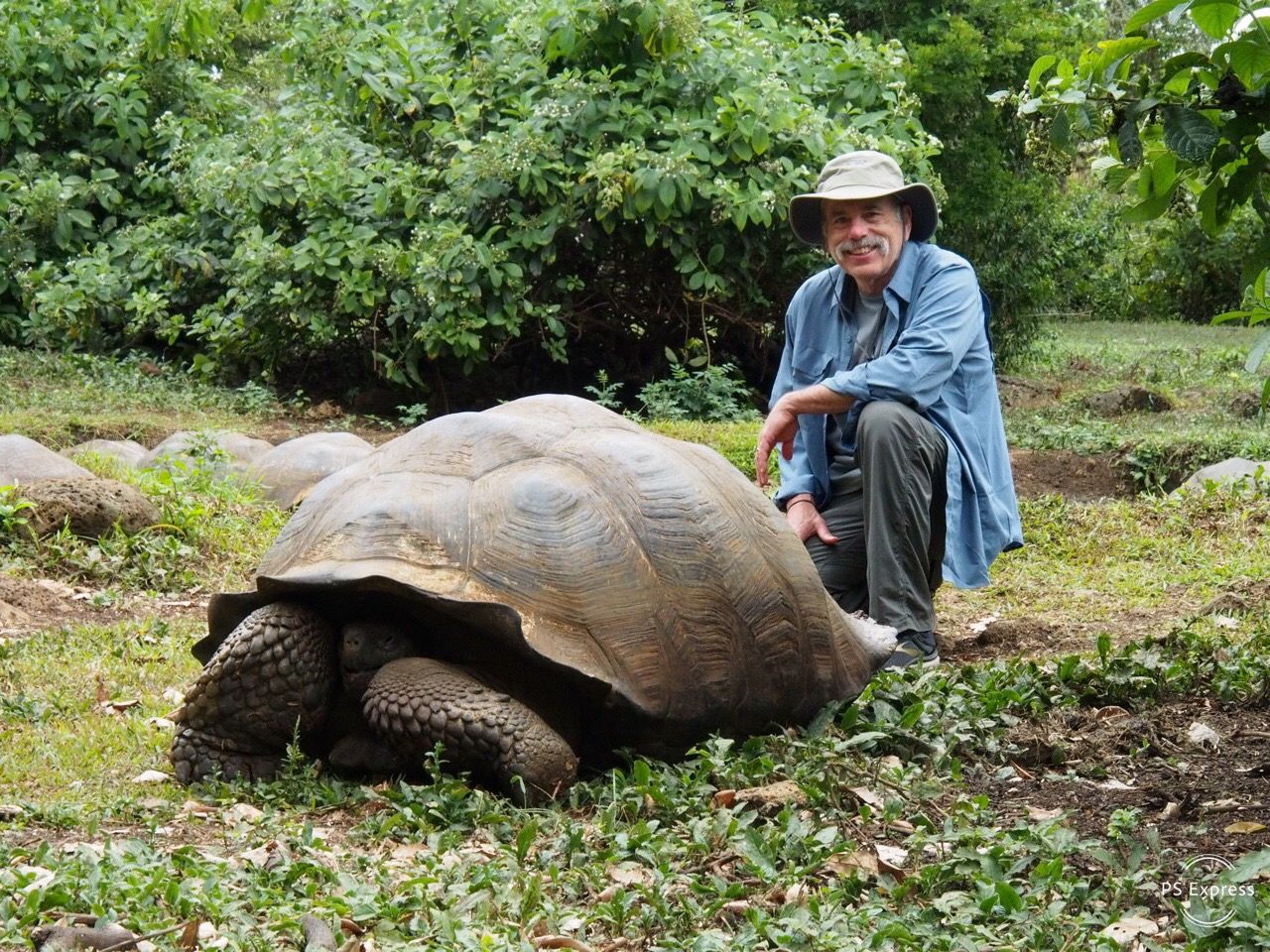 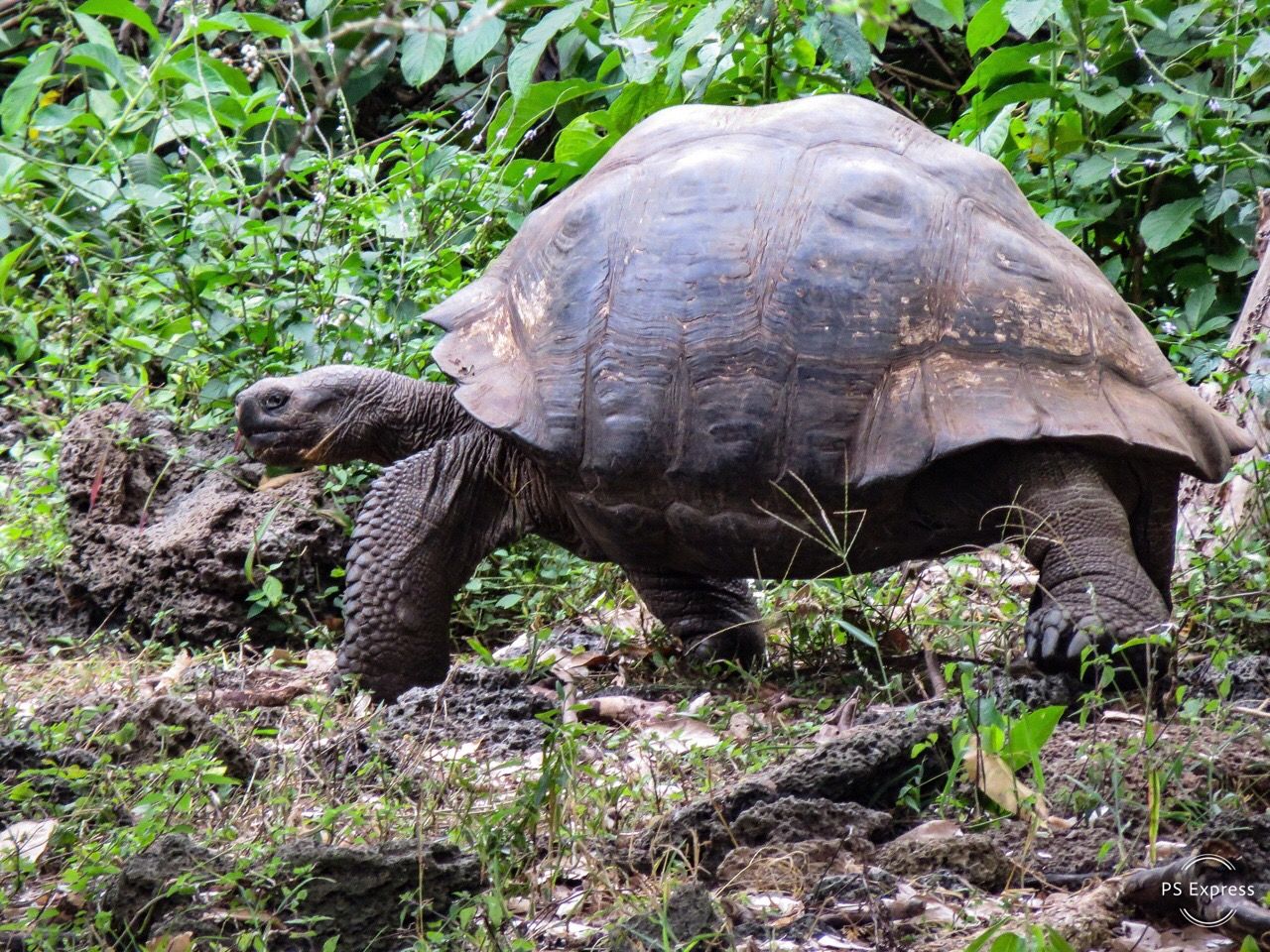 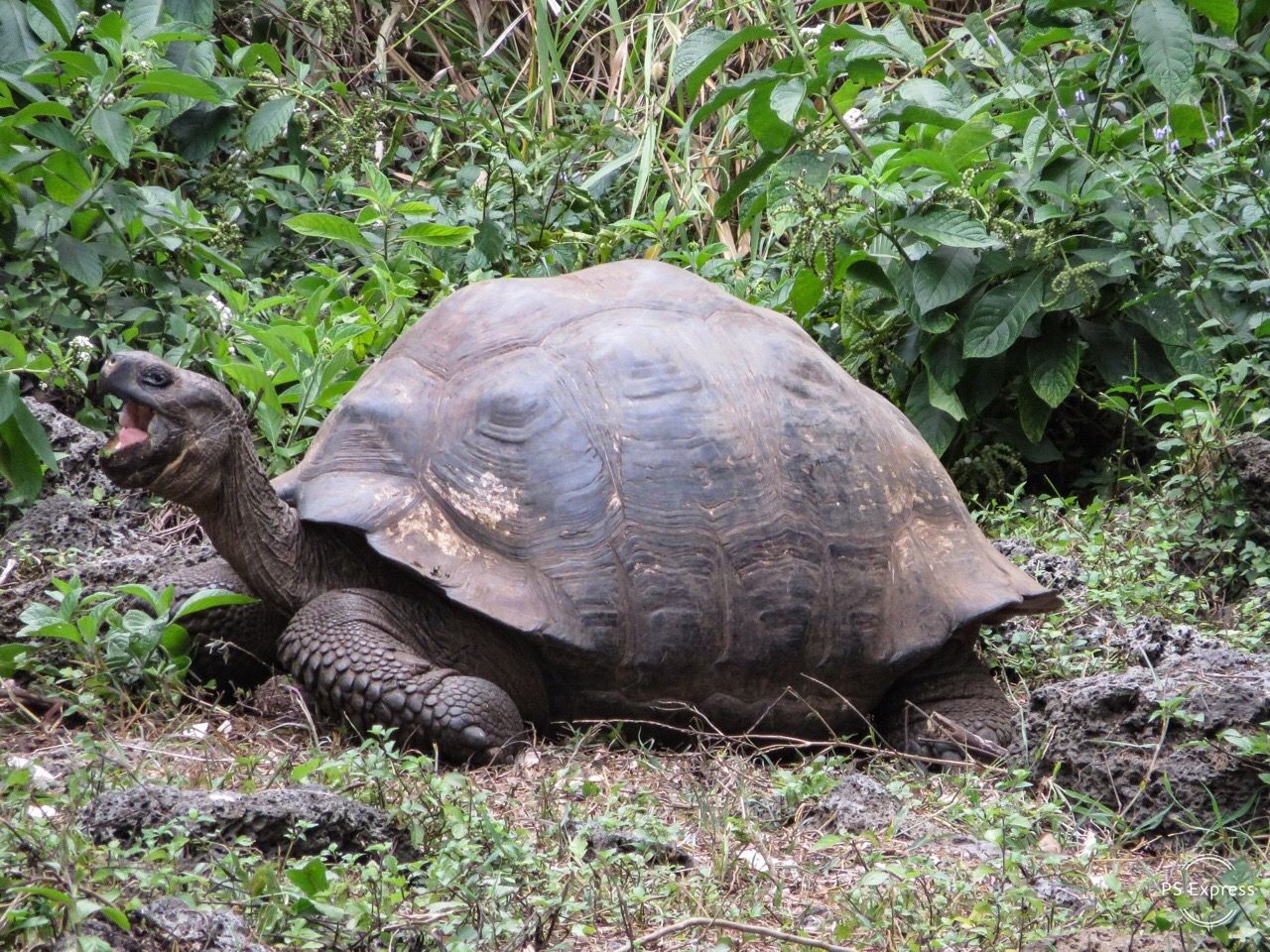 Then we went to another part of the ranch where sugar cane, papaya, bitter orange, and coffee was growing. We saw a demonstration of an old-fashioned sugar cane press, moved onto a pavilion with a modern still, where we tasted a combo of sugar cane juice, bitter orange, and (licensed) "hooch" made from sugar cane. We also saw a modern press and fermentation equipment. 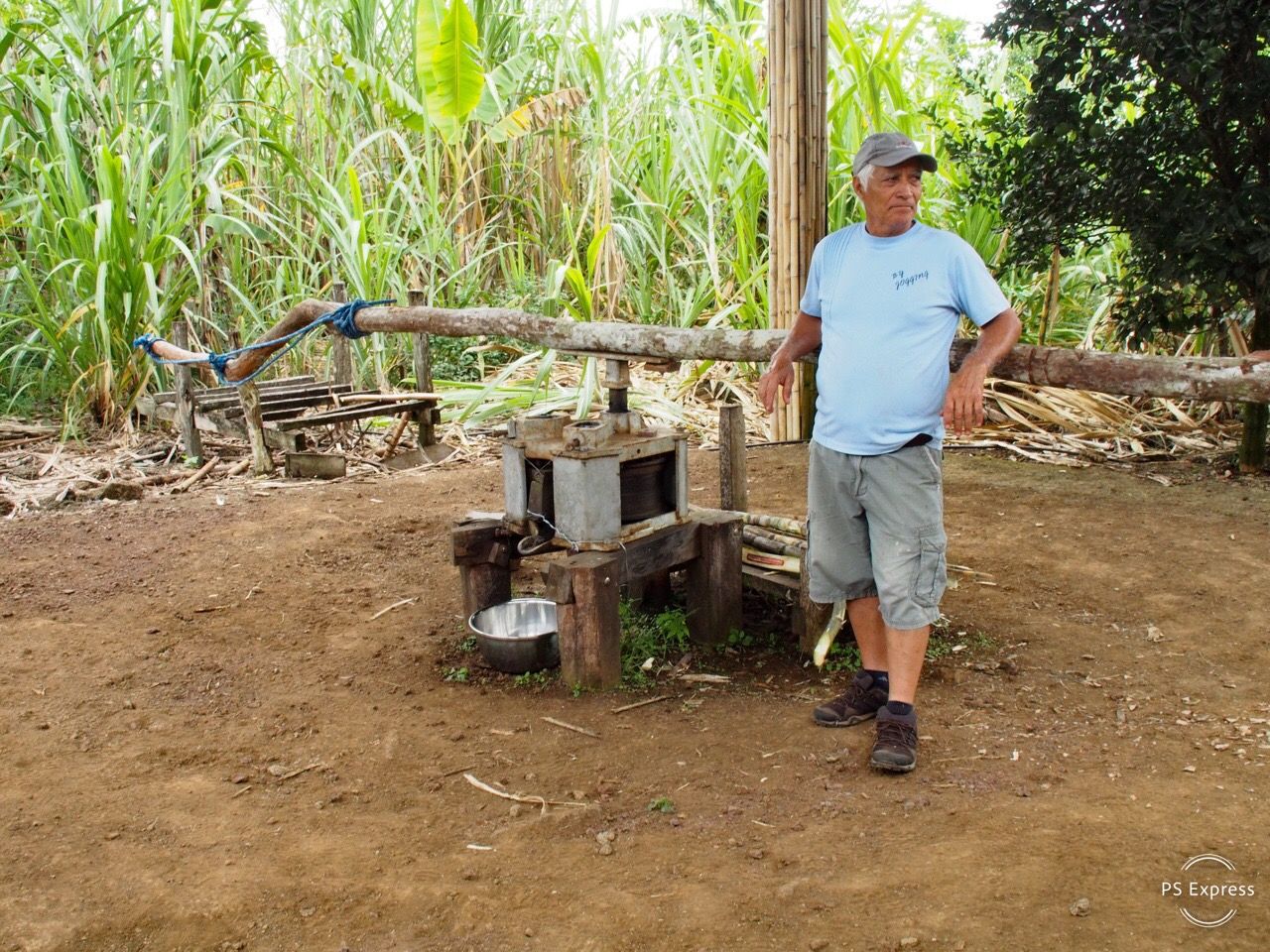 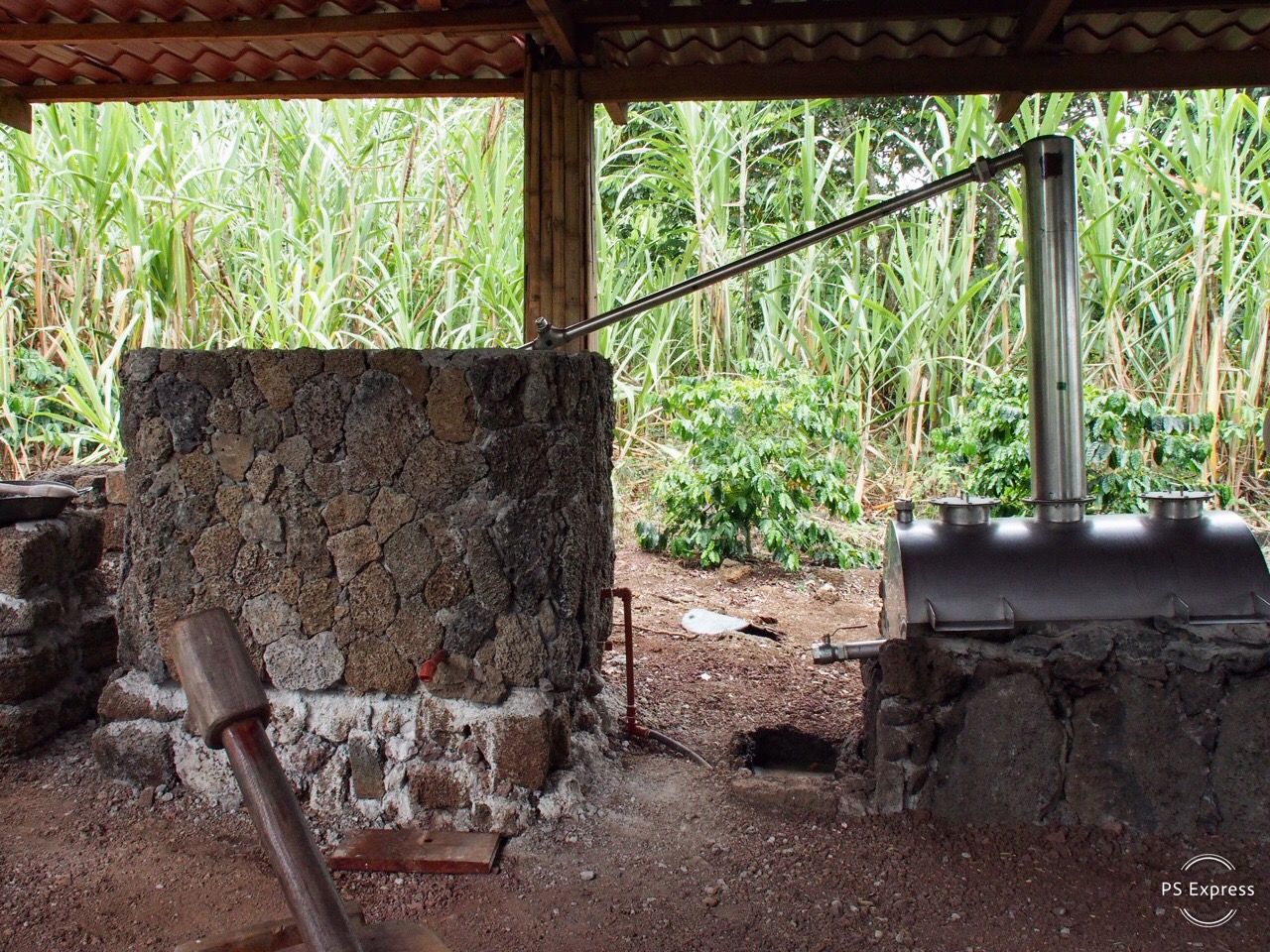 Xavier, José, our host, and Tomás. 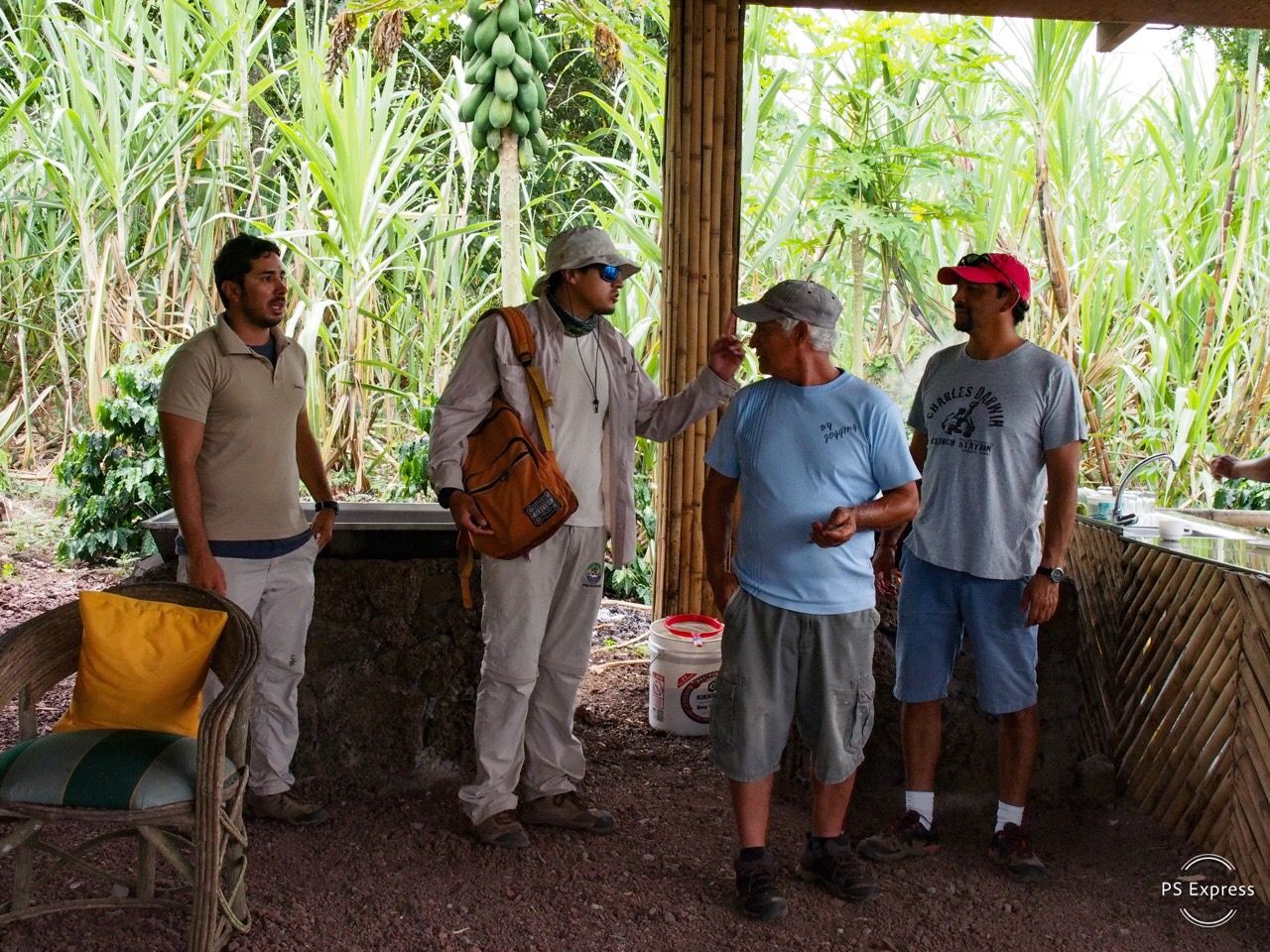 Then we were back to the hotel for a special Ecuador-style ceviche, which we assembled ourselves. Seafood is always pre-poached, to which is added poach broth, lemon and orange juices, ketchup and mustard (yeah, really), chopped tomato, peppers, onions, cilantro, popcorn, and plantain chips. Lunch was an enormous whole fish shared by all. 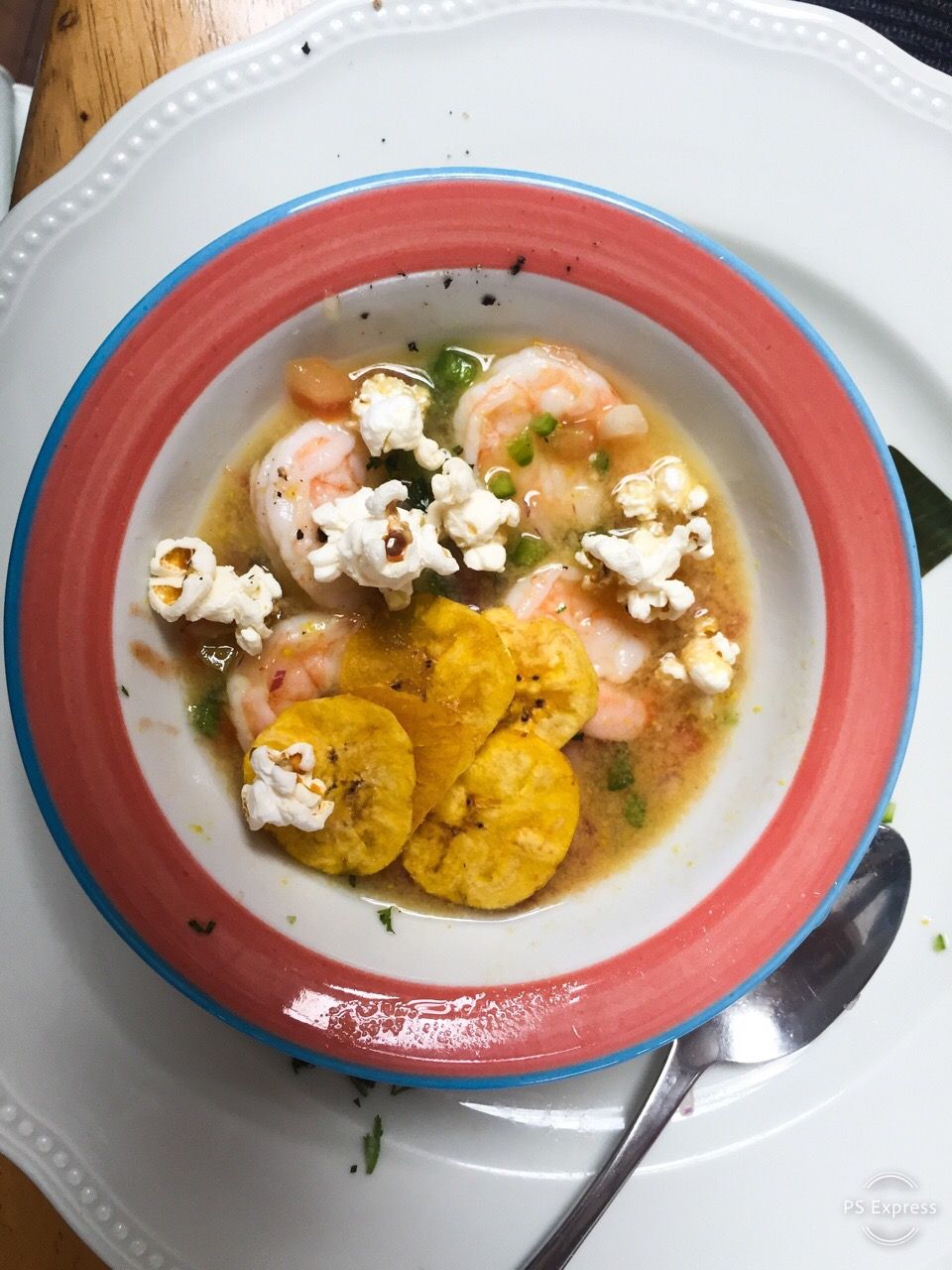 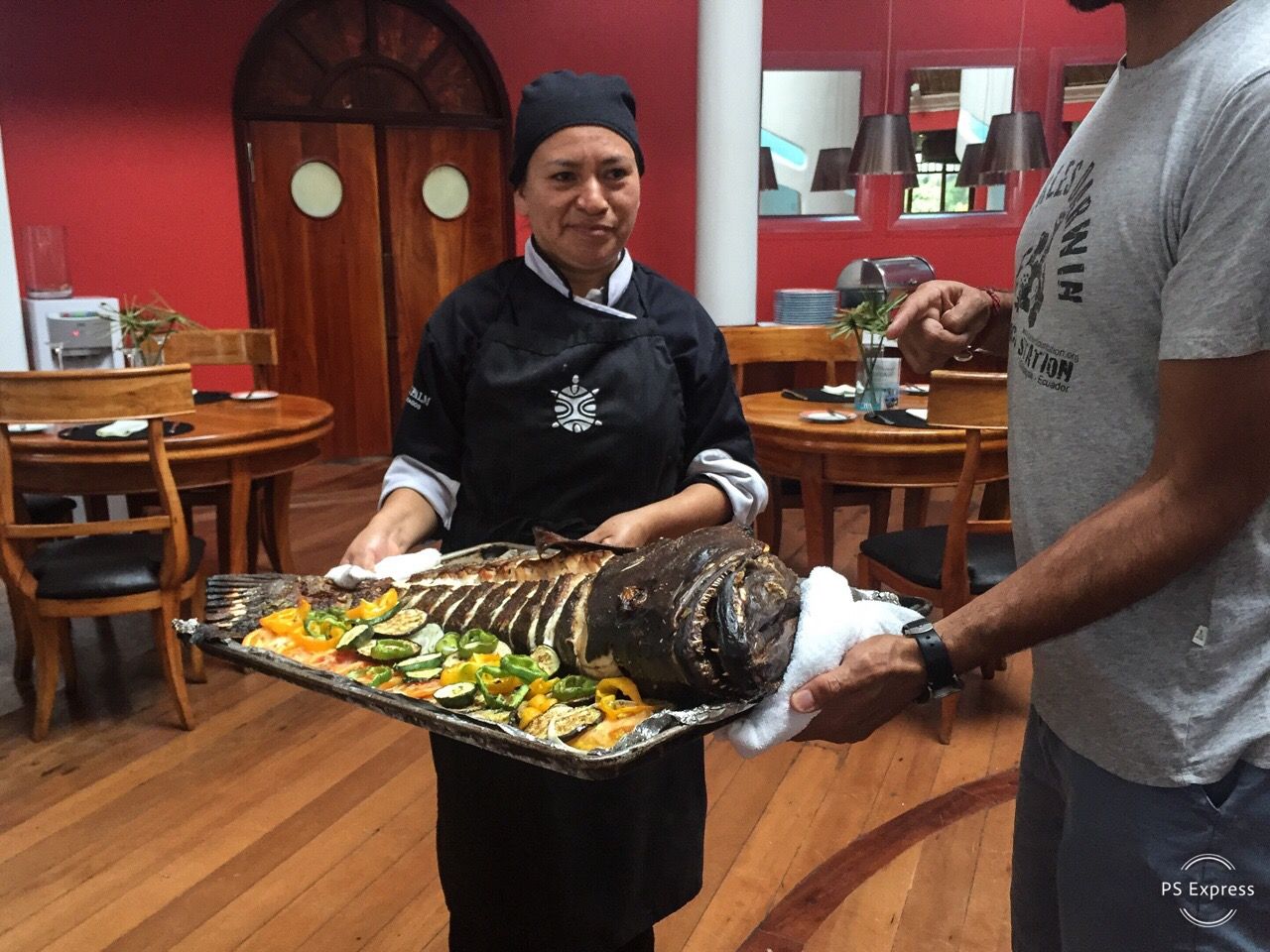 Then it was off to Puerto Ayora and the Darwin Research Center to learn about the work being done to ensure the survival of the various Galápagos tortoise species, all with different characteristics and shells. We learned about Lonesome George, the lone tortoise found on Pinta Island in 1971, who unfortunately never successfully mated with similar species and died in 2012. We also learned about Diego, taken from Española Island to the San Diego Zoo many years ago, returned in the 1970s, and has since successfully produced over 800 offspring. We also got to see baby tortoises that they were raising in the research center for eventual repatriation.
Below is a Fernandina tortoise. 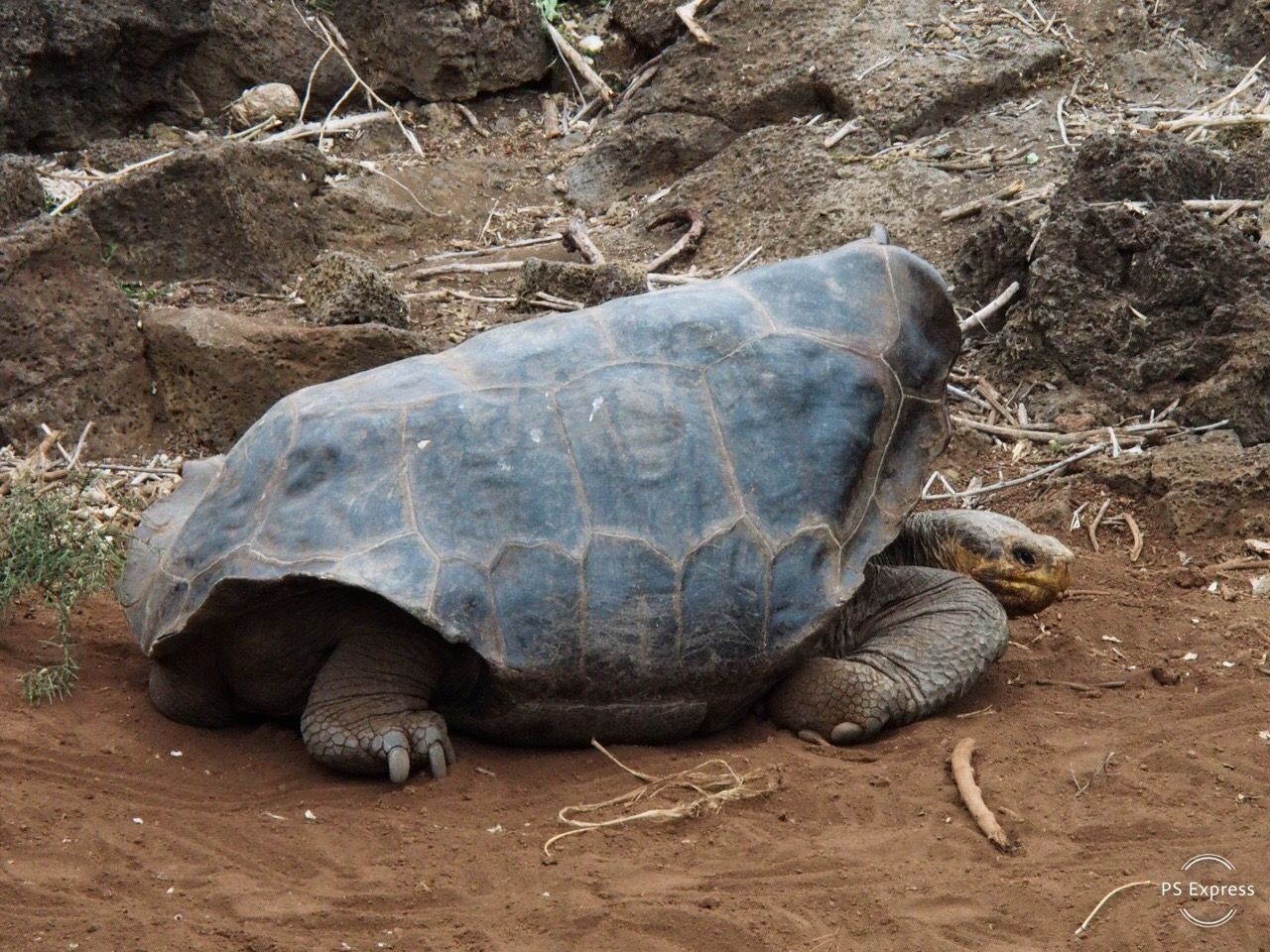 At the end of our visit, we said goodbye to our wonderful guides, Xavier and José. We then wandered on our own in Puerto Ayora, and left for the hotel around 5:45.
Galápagos Heron. 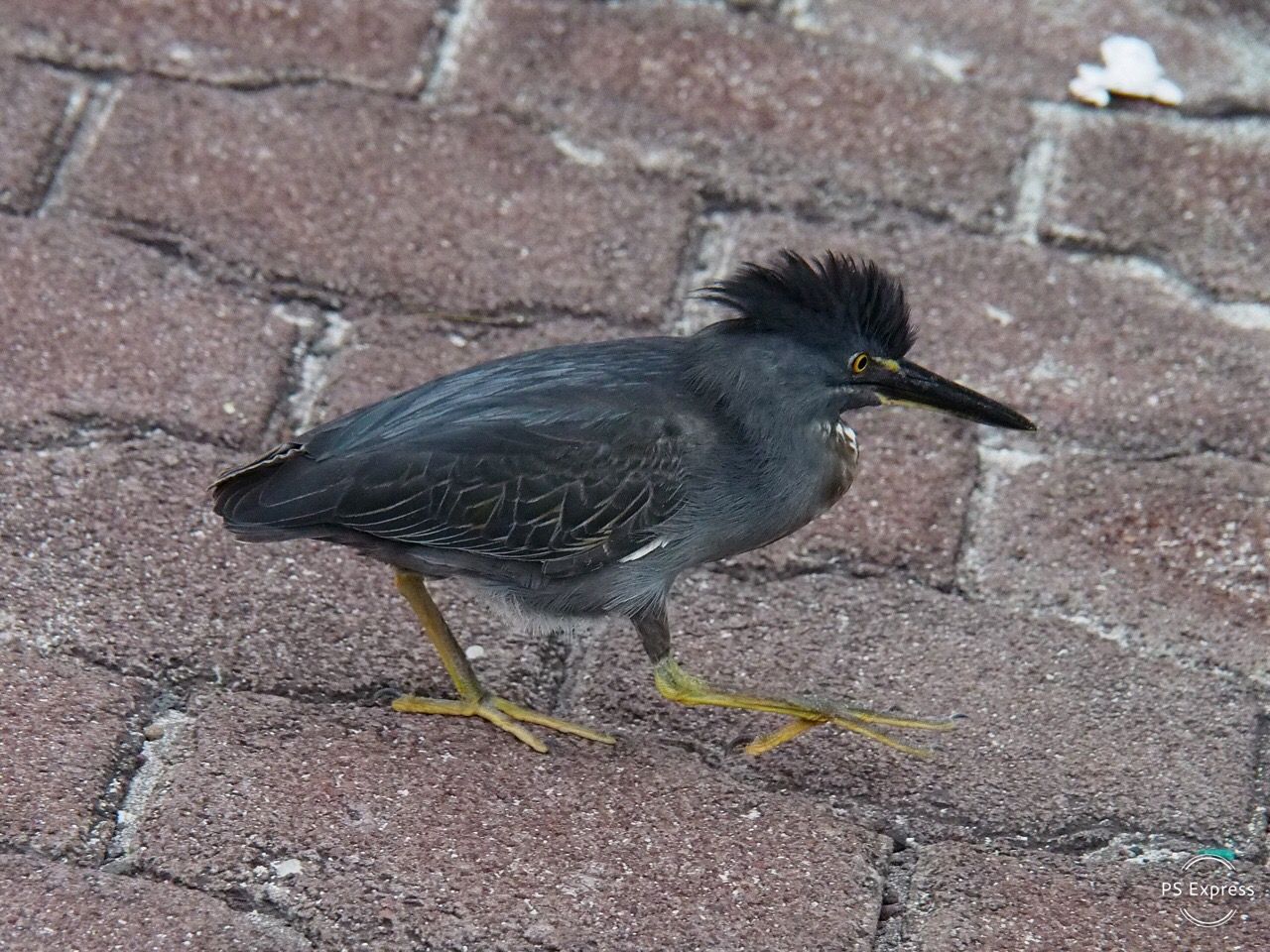 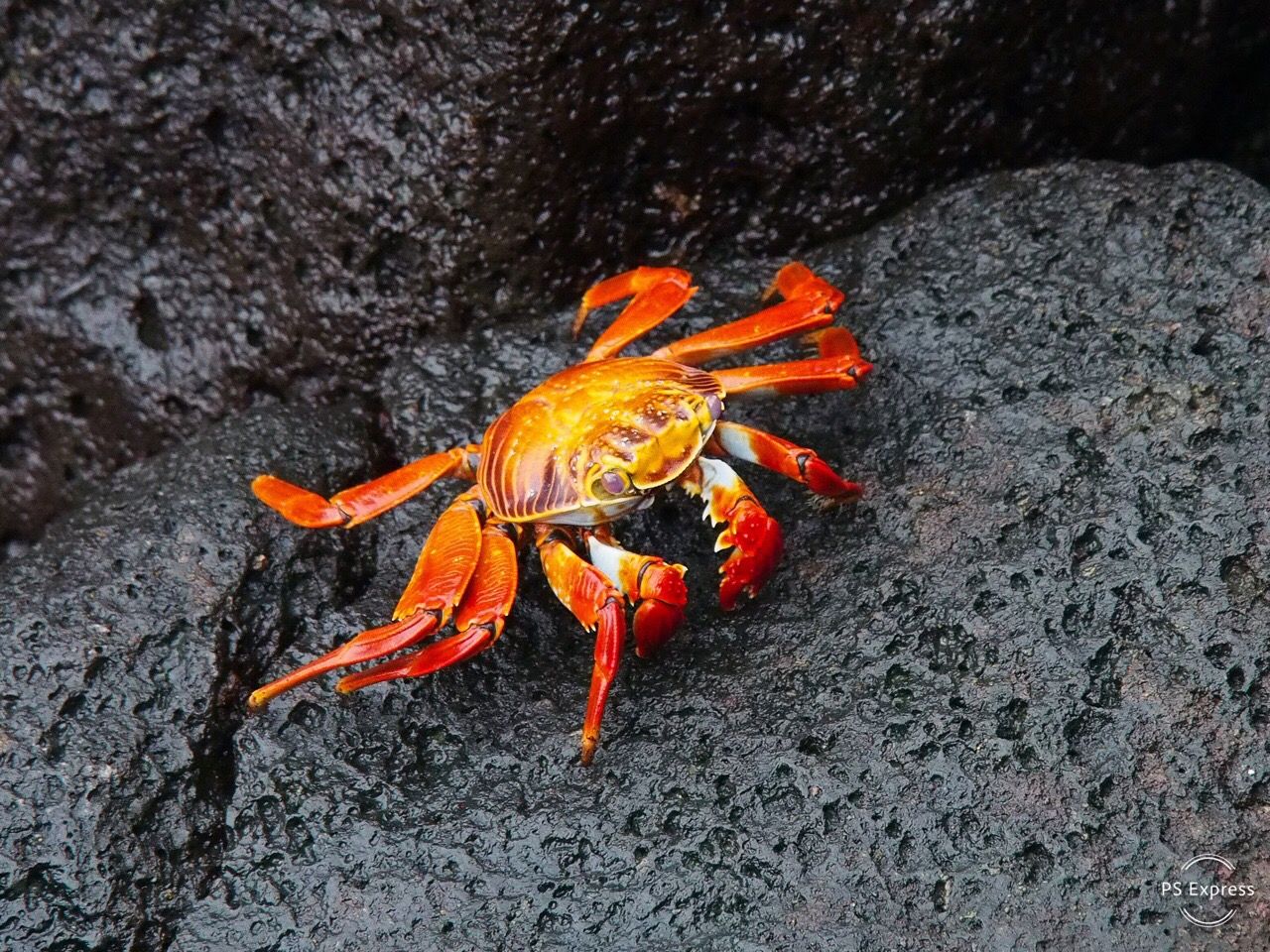 Sea lion taking a snooze on the pier. 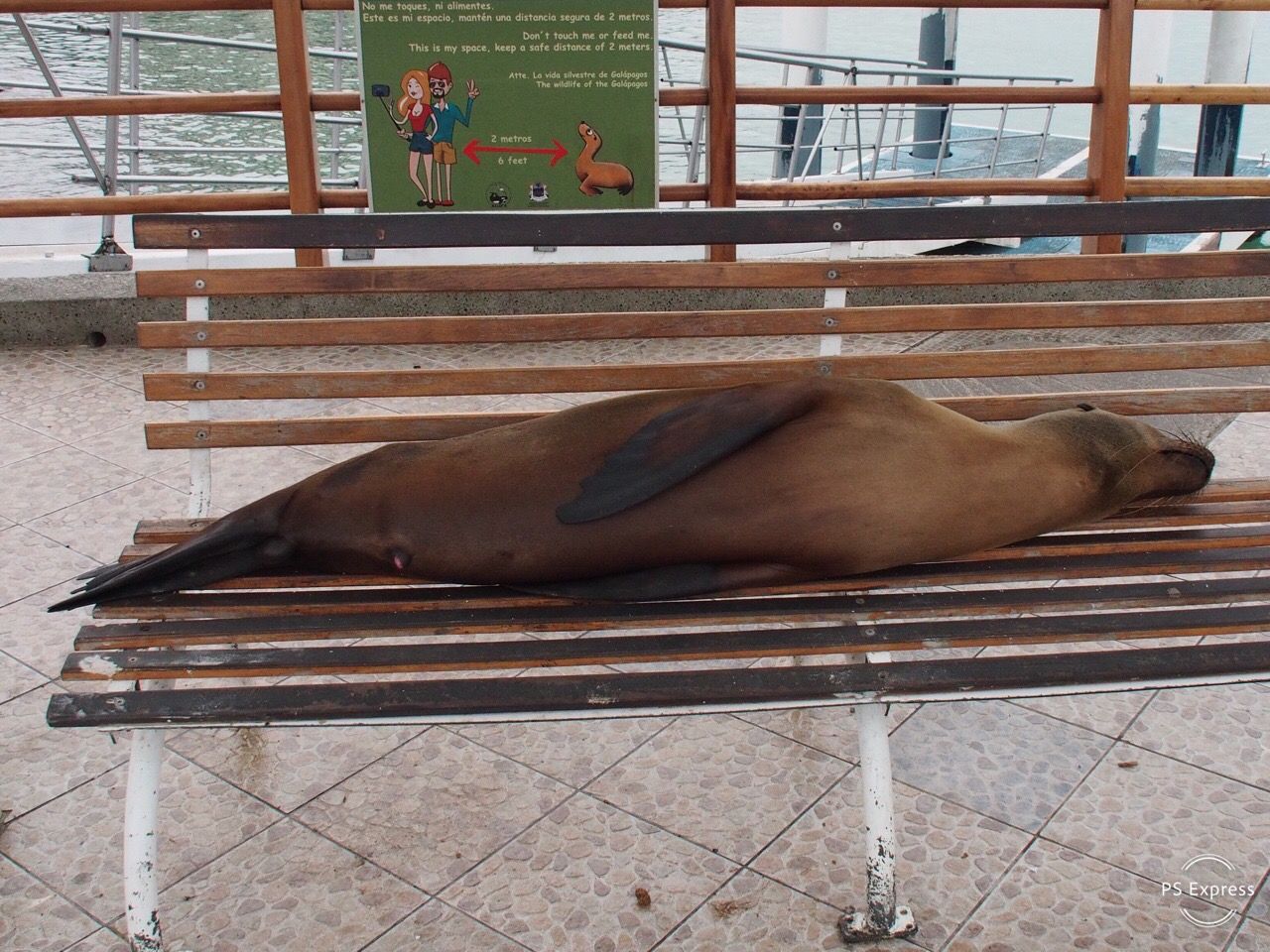 Black-tipped shark off the pier. 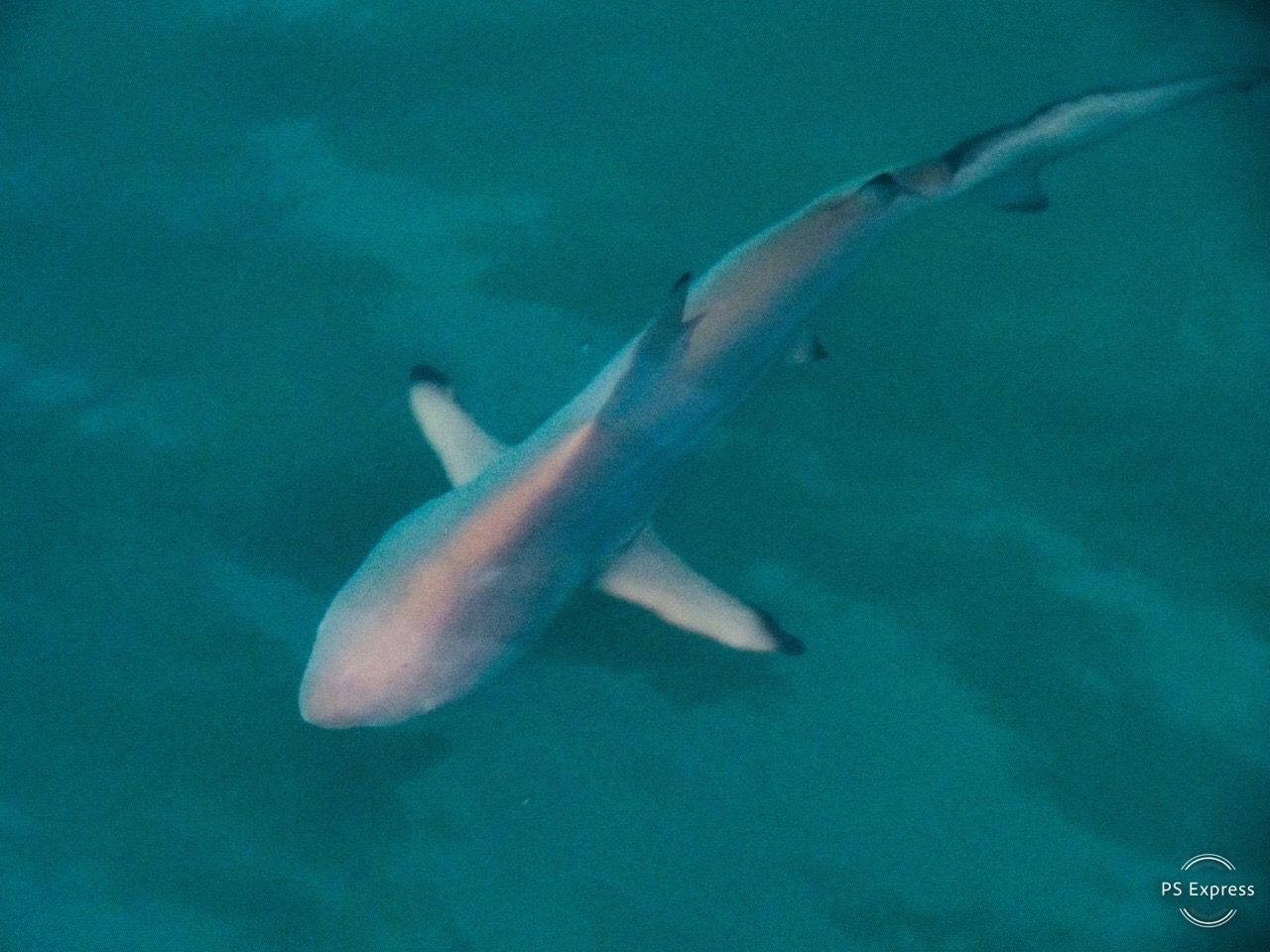 Dinner was a mixed grill from the outside oven, with crepe suzettes for dessert.
Then packing and getting ready to leave the wonderful Galápagos Islands.
Links:
Manzanillo Ranch
Charles Darwin Research Station
Link to Ecuador – Day 7 and 8

Published by Eileen and Larry Samberg on June 2nd, 2019