Today we stayed in Lincoln and did a short hike at Georgiana Falls. These impressive falls are not on a lot of lists since the trail is not officially maintained, but it is documented in several places including the AMC White Mountain Guide.
The trail starts at parking area (elev 900 feet) at the end of Georgiana Falls Road, a continuation of Hanson Farm Road that leaves the west side of Route 3 in North Lincoln north of the I93 interchange (a little north of Sport Thoma). The trail starts by going through a tunnel under the northbound lane of I93, turns right, goes a short way, turns left and goes through a tunnel under the southbound lane. The trail at this point is the remains (dirt, branches, and rocks) of a very old road that runs parallel to Harvard Brook. 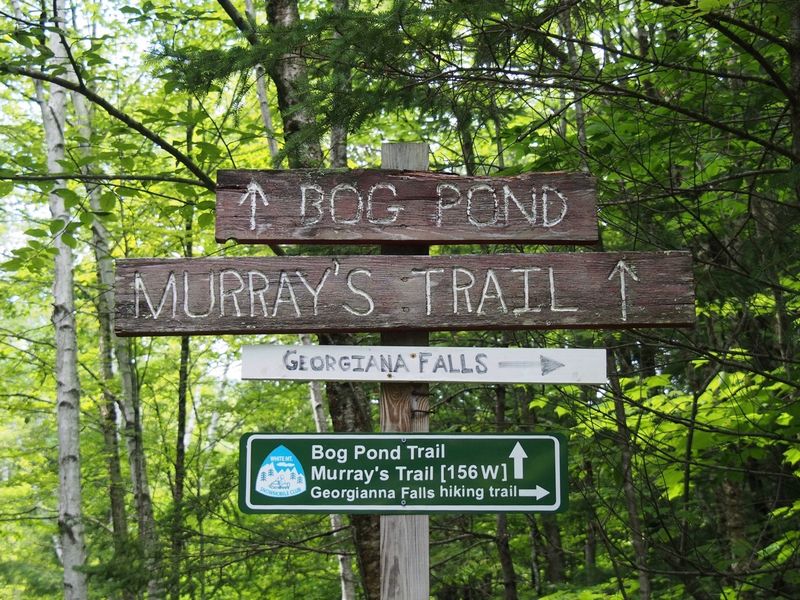 At about half a mile from the parking area (elev 1050 feet) the trail splits off to the left towards the brook and continues parallel to the brook (the road continues to right looking rather overground). At about .75 miles (elev 1200 feet) the trail crosses an expanse of large rocks on the brook’s edge. It continues over the rocks for about a tenth of a mile to the base of the lower falls.
Cascades along the way. 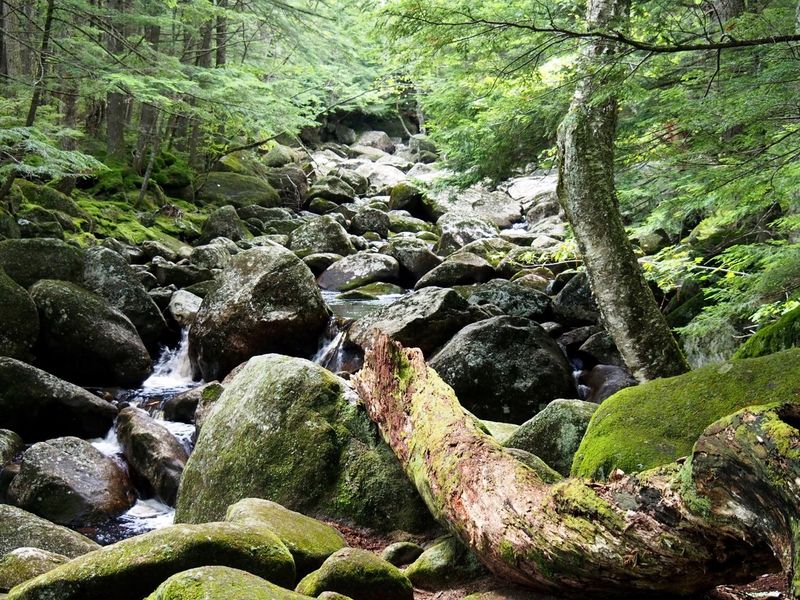 Lots of slippery tree roots to maneuver through. 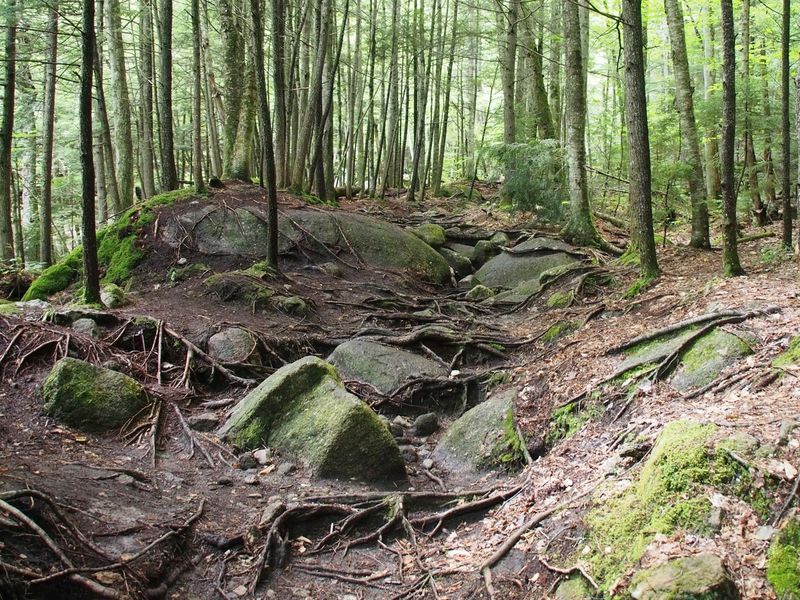 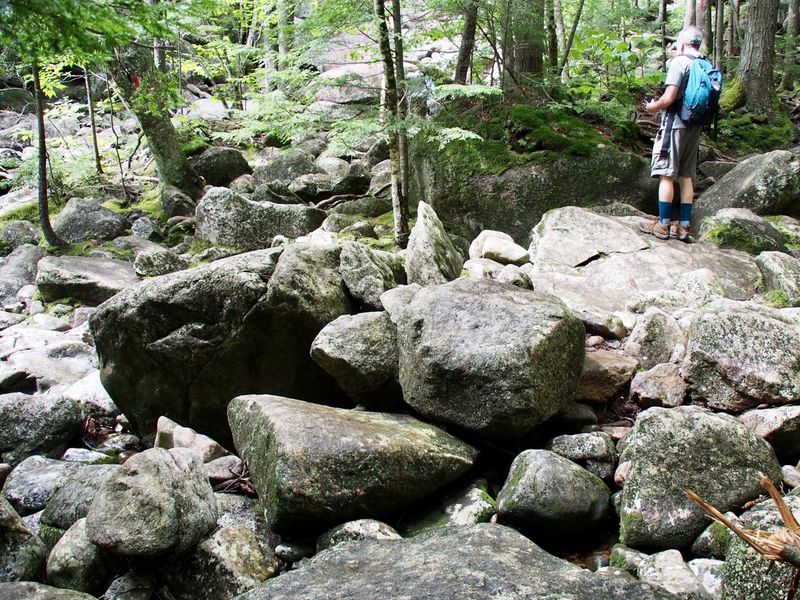 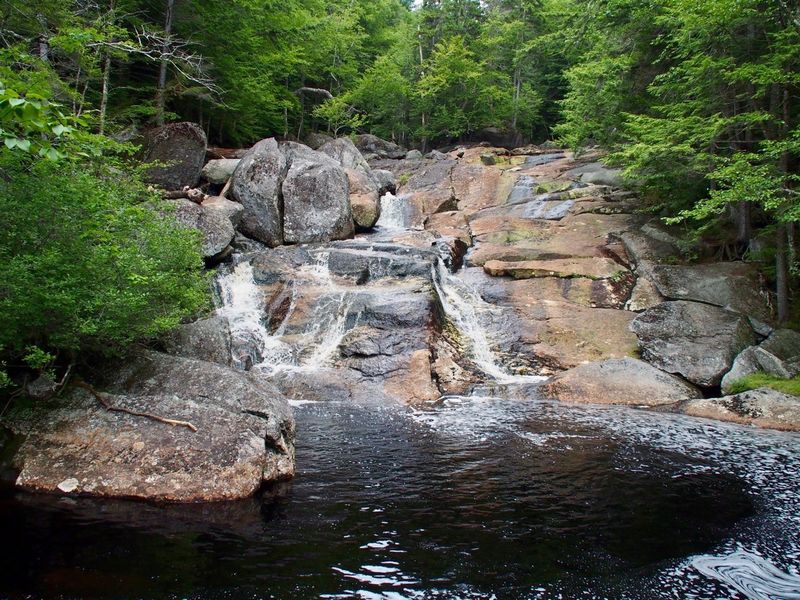 After that the trail enters back into the woods. At this point you can wander upstream along a variety of paths. There is a “main" path that is fairly well-blazed on trees and a few rocks with fresh red blazes (apparently they don’t always use red so if you hike another year it might be a different color). This part is really just bushwhacking parallel to the brook.
Wonder what lives in there. That’s sap congealed on the tree. 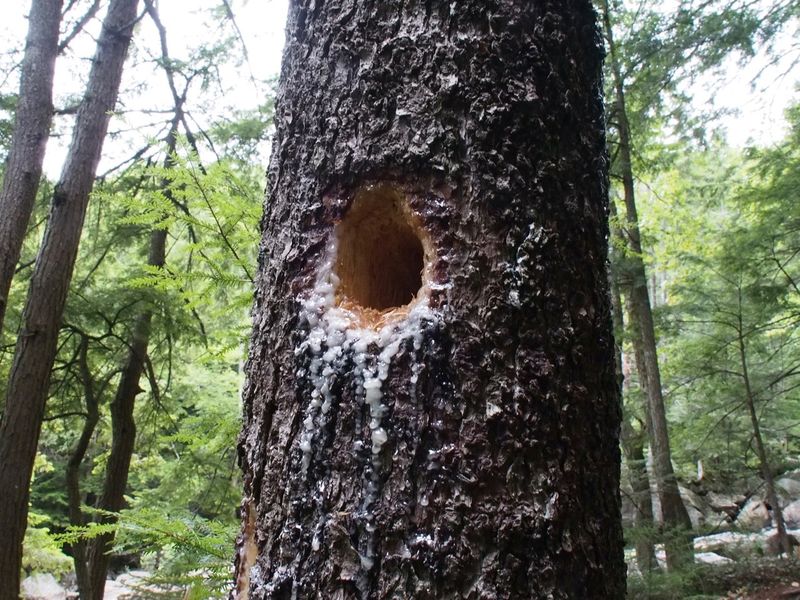 At about 1.1 miles (elev 1576 feet) the trail comes close to the brook and there is an opening at the base of the larger “upper" falls. 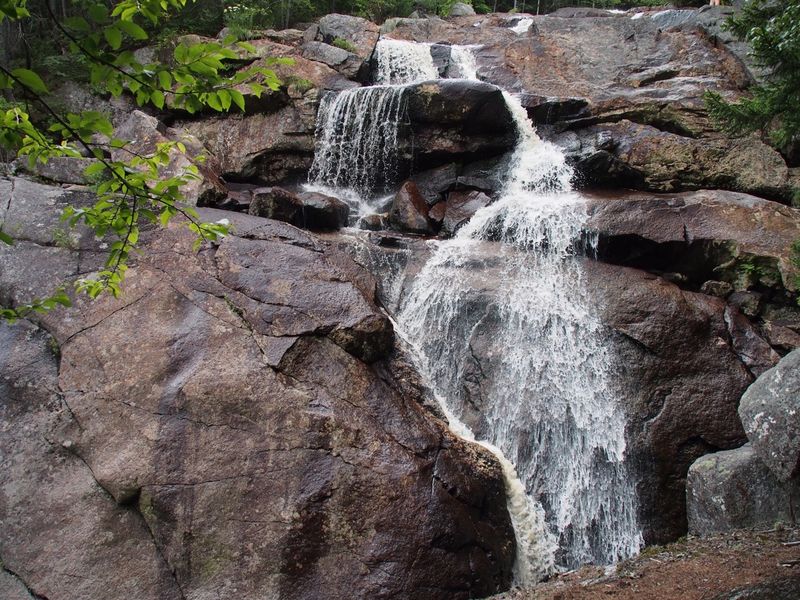 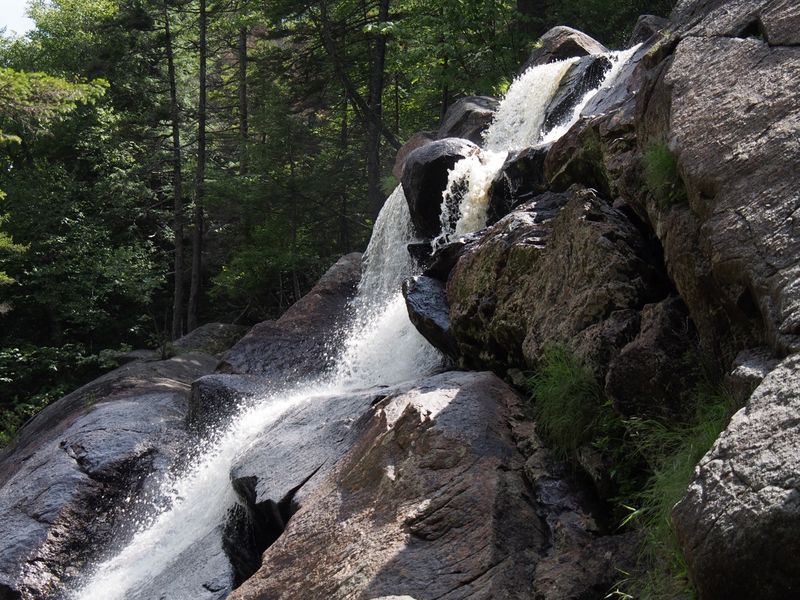 From here you can turn around and go back down or carefully head up another tenth of a mile over rocks, branches, boulders, more rocks, etc. to top of the upper falls (a bit over 1600 feet of elevation).
View across to Loon Mountain from above the falls. 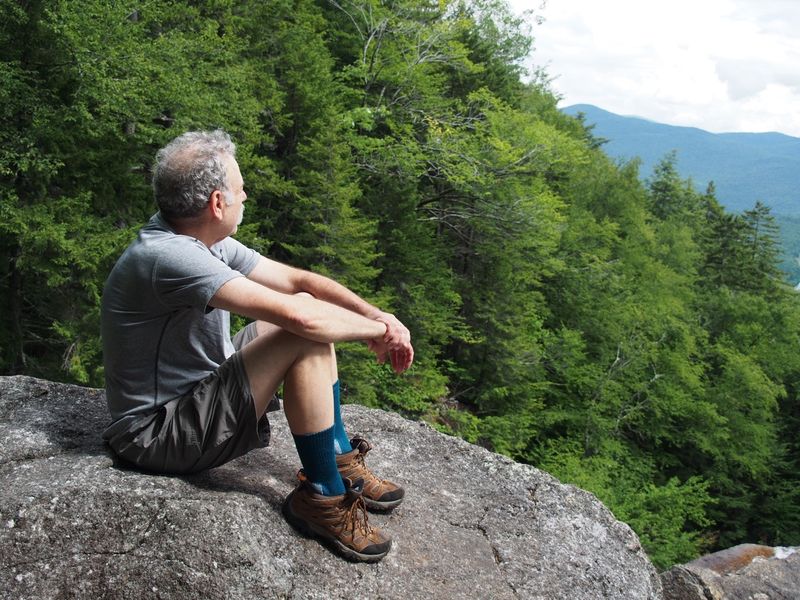 For 2.2 miles of walking (round trip) and about 700 feet of elevation gain these falls provide a lot of bang for the buck. We hiked this in early August and the falls were likely far more spectacular in the spring. The hike is not hard but also not easy. The first three quarters of a mile to the lower falls rises only 300 feet and is quite easy. The next .35 miles to the top of the upper falls rises another 400 feet however and is much steeper (this is more than the 1000 feet per mile that we consider a steep hike). Also, the footing is not easy, especially the upper half. Care was needed on the branches and mossy rocks, especially since it had rained quite a bit in the previous 24 hours.
The Google Earth shot looking north shows the hike with along with Cannon Mountain, Franconia Notch (I-93), and the Franconia Ridge. 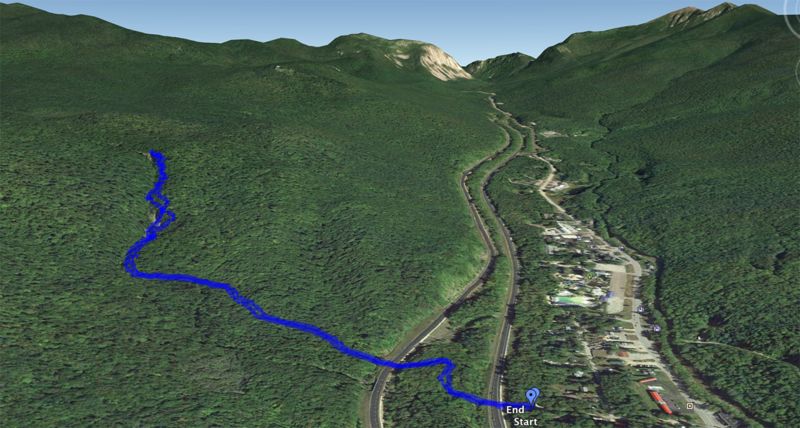 Published by Eileen and Larry Samberg on August 8th, 2017