Although we have hiked to the top of Loon mountain a couple of times over the years, we have never gone to Loon Pond. So that’s been on our list, and we decided that this would be a good day to do it.
If you haven’t been on Loon during the summer, yet might not realize that there are several gravel and dirt roads that criss-cross the mountain to provide access for trucks and maintenance vehicles. These roads are not steep (since they tend to run across the mountain) and several of the green trails (Kissing Cousins and Bear Claw) follow these roads in the winter. We learned in the past that walking up a ski trail is much more difficult than skiing down 😃, so this time we decided to follow the road for much of the walk up.
Starting at the Kanc Quad (elev. 981 ft), we walked up the road on Kissin' Cousin. At top of Kissin' Cousin (about .44 miles and 1237 ft elev), the road continues through the woods a bit (actually this is a trail called Slash). It then turns left (roughly east) and crosses the West Basin trails. It crosses Lower Speakeasy at .66 miles (1400 ft elev), then the top of Lower Northstar at .8 miles (1600 feet).
The next trail is Blue Ox, at which point we decided to trade some distance for slope and went up Blue Ox. This was steeper and there was a pretty good snow cover about half way up, but we reached the top at 1.2 miles (1980 feet).
We continued up the little stub (this is really an extension of Bear Island Bypass) up to Bear Claw, and just followed Bear Claw (back on the road) up to the Tote Road chair at 1.77 miles (2455 feet). This was the highest point of the hike, about 1475 feet above the start.
We walked down under the Tote Road chair to the cut to Loon Pond and got to the Pond at 1.77 miles (about 30 feet lower than the Tote Road chair entry).
The wide path to the pond. 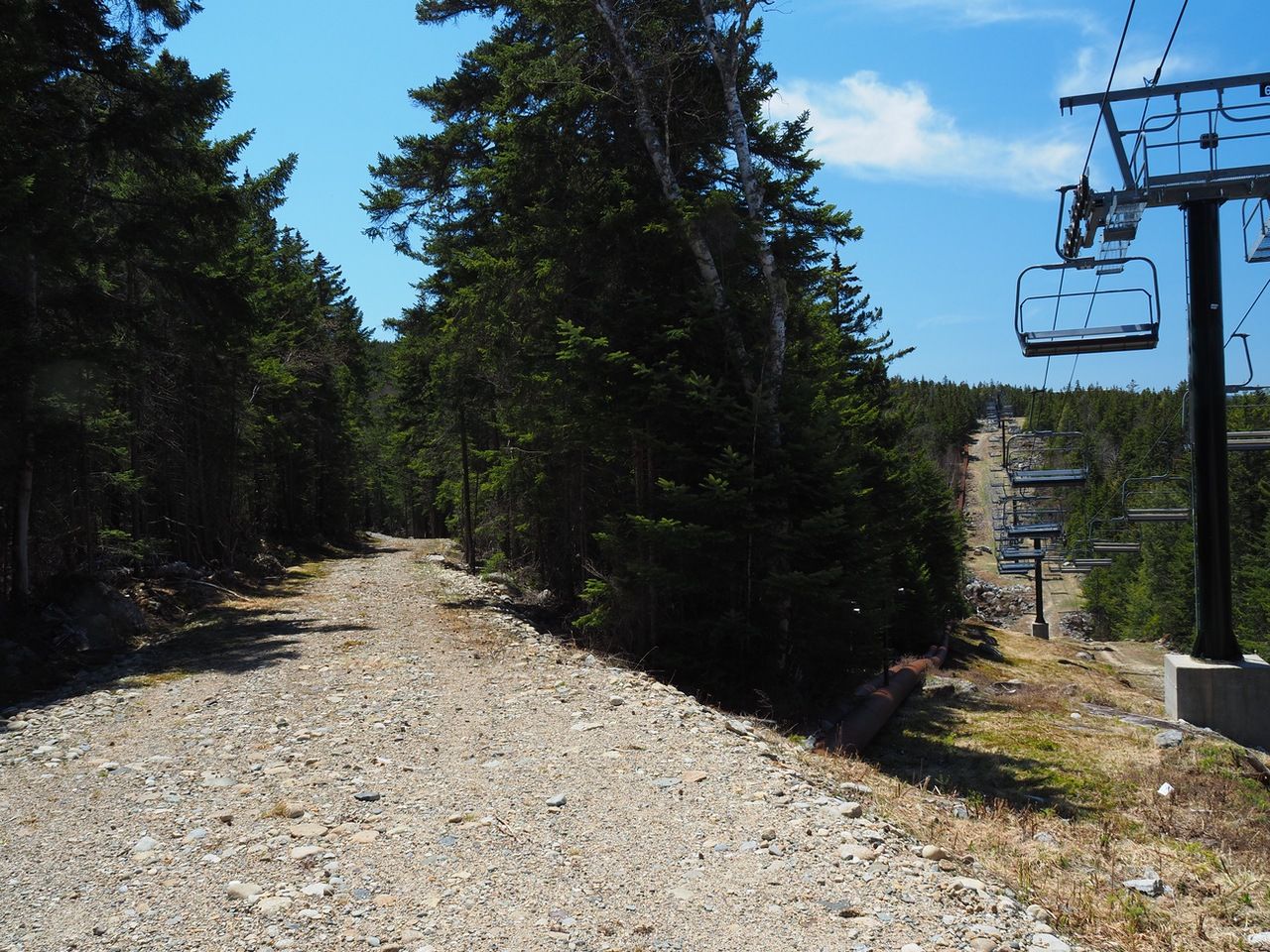 This is the first time that we had seen the Pond. It was much larger than the we expected and it was a very pretty surrounding.
At the pond. 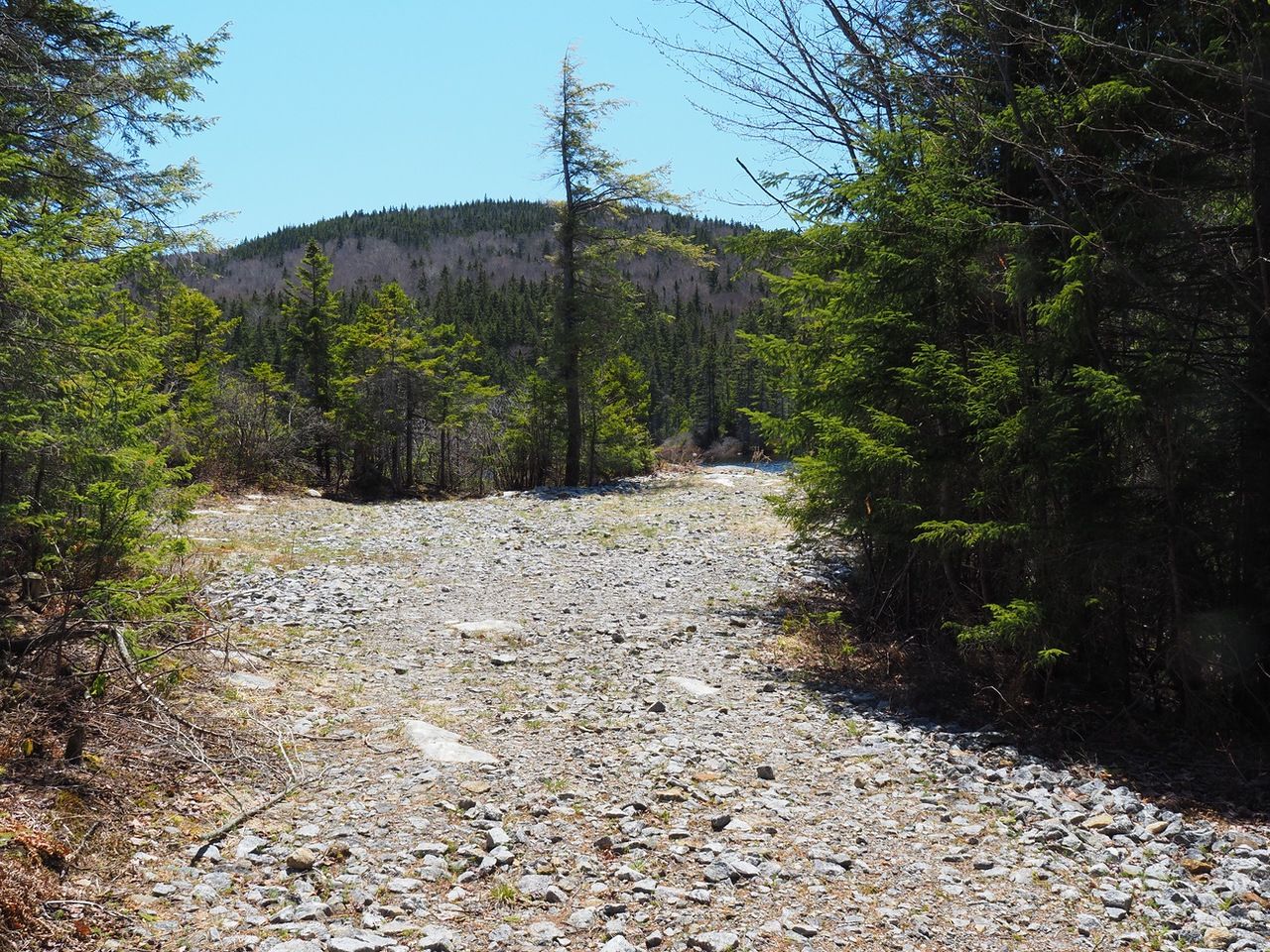 Loon Lake with Loon Peak and North Peak in the distance. You can see the white on Sunset. 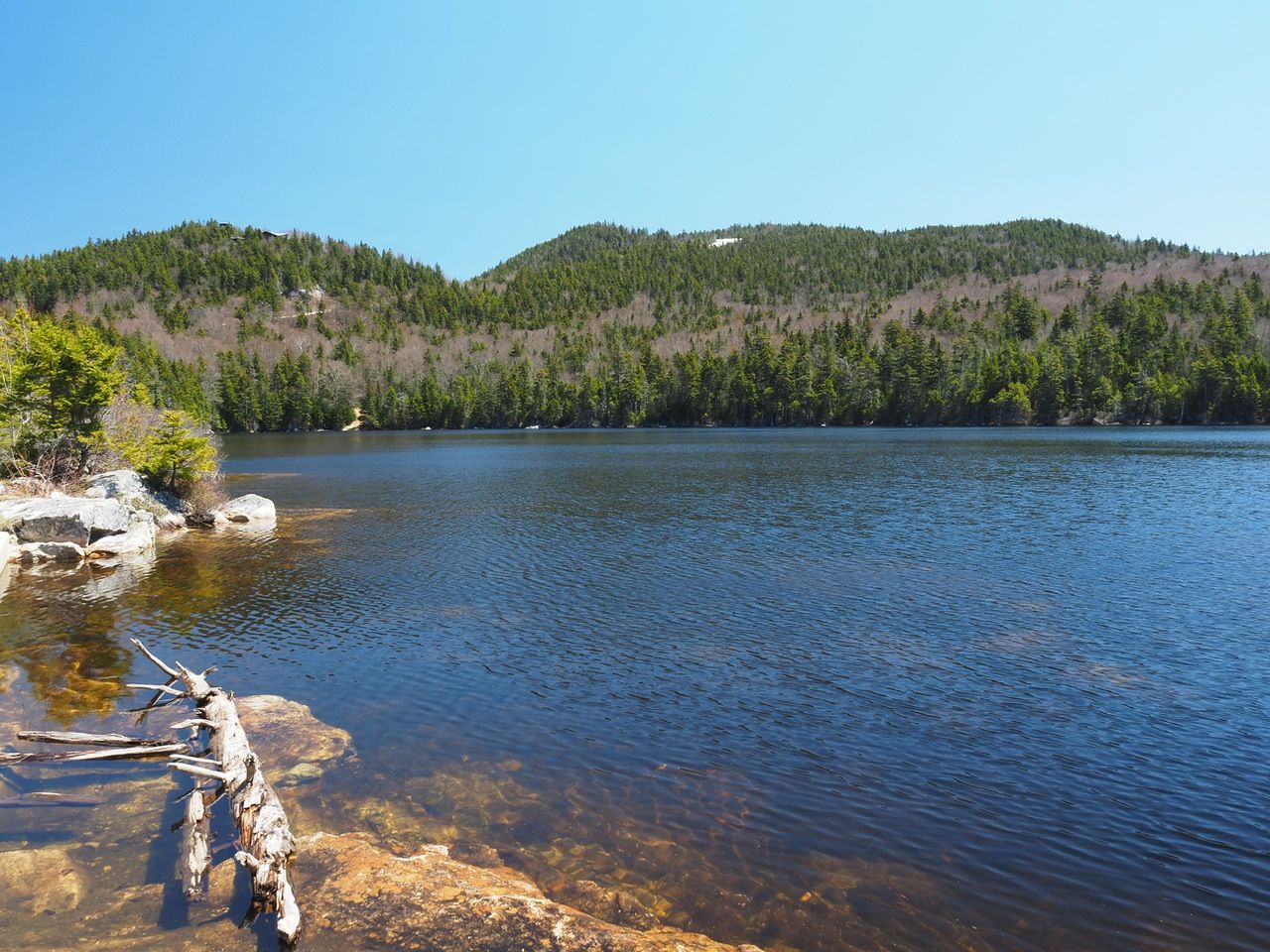 There’s a dam with Loon Pond Brook running down from it. There is also a path that seems to go around the pond. Eileen followed it for quite a ways and then came back. 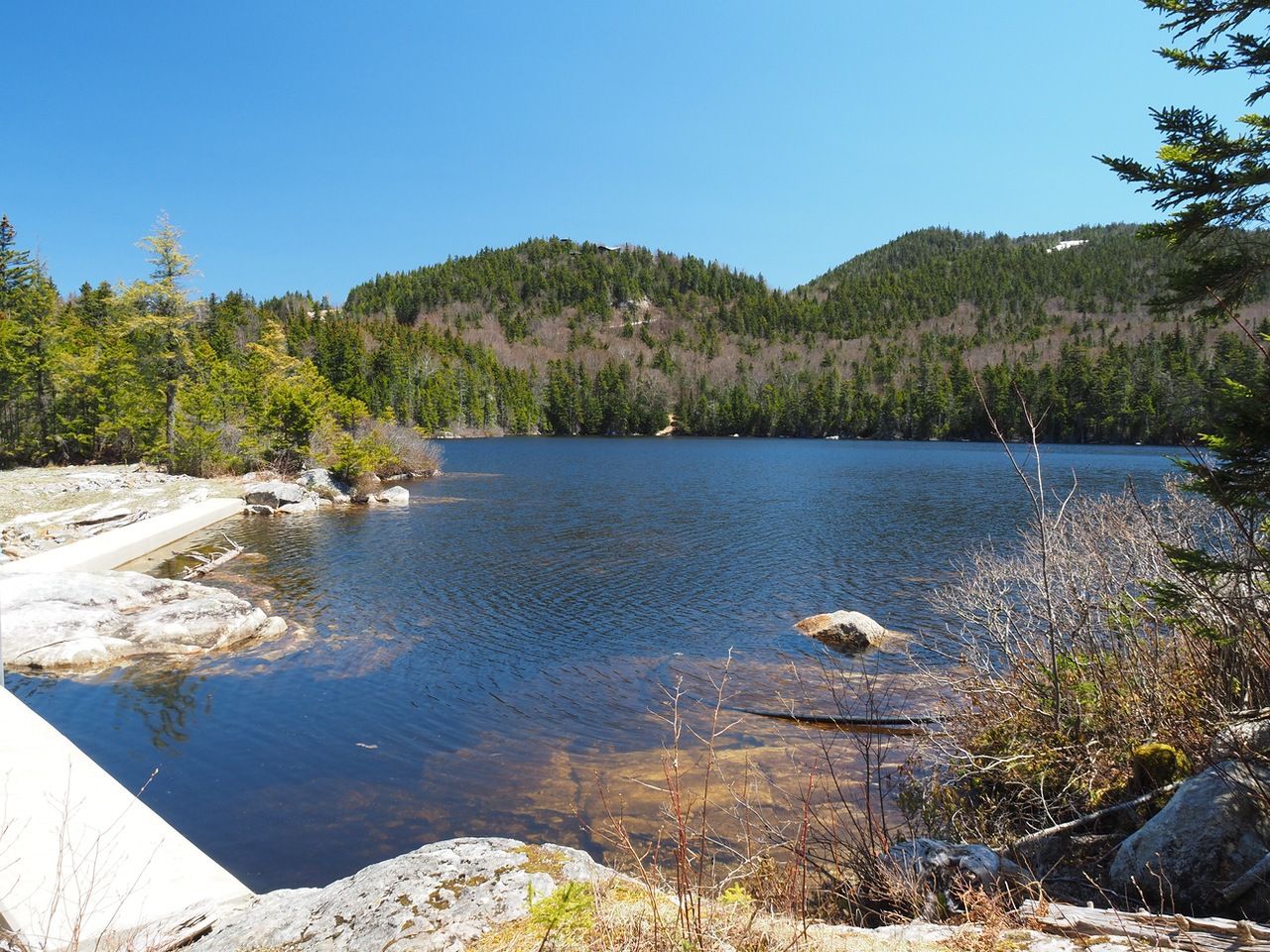 Blackburnian warbler high up in the trees. Warblers are hard to spot and hard to get a good picture of. 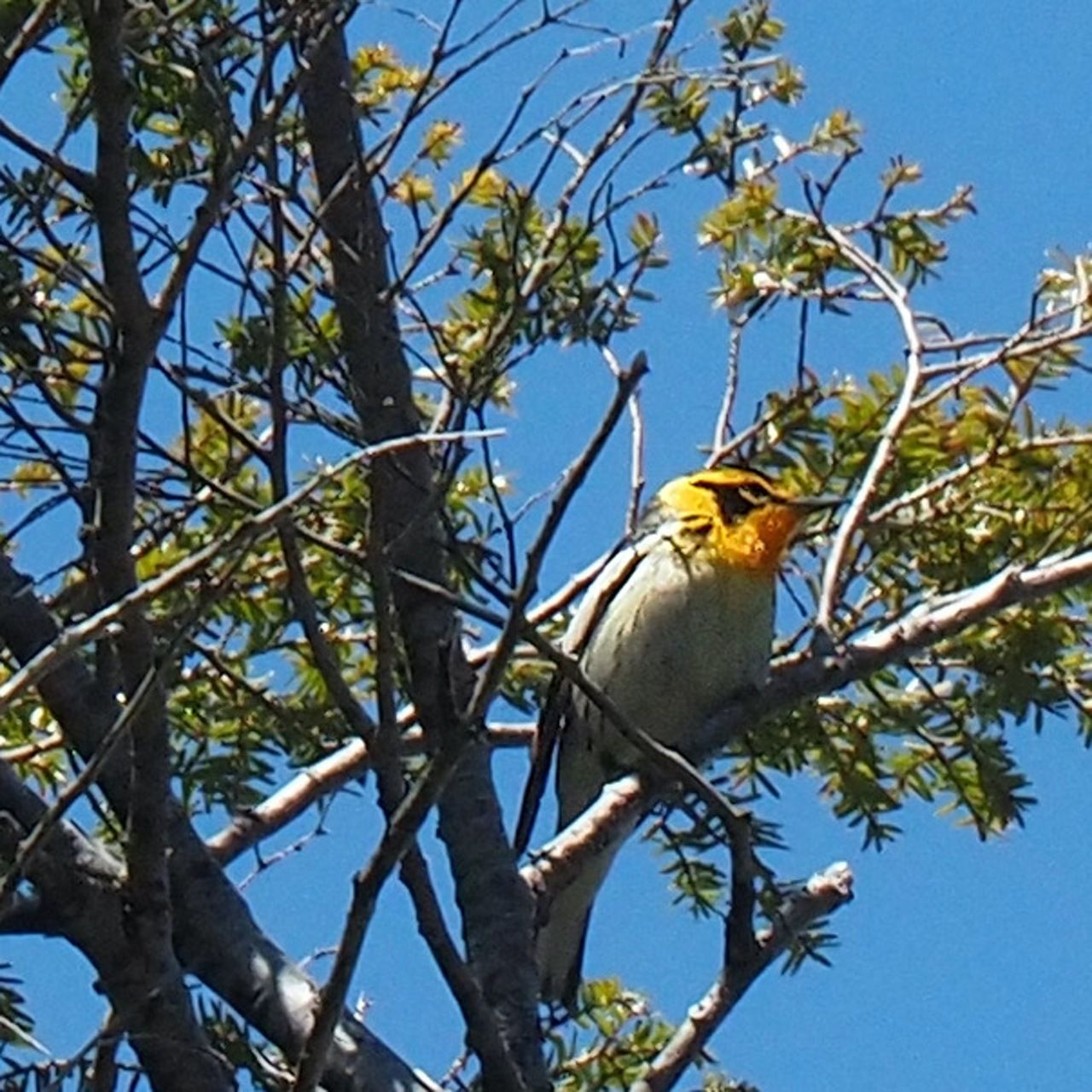 We hiked up along the path that is marked in red. 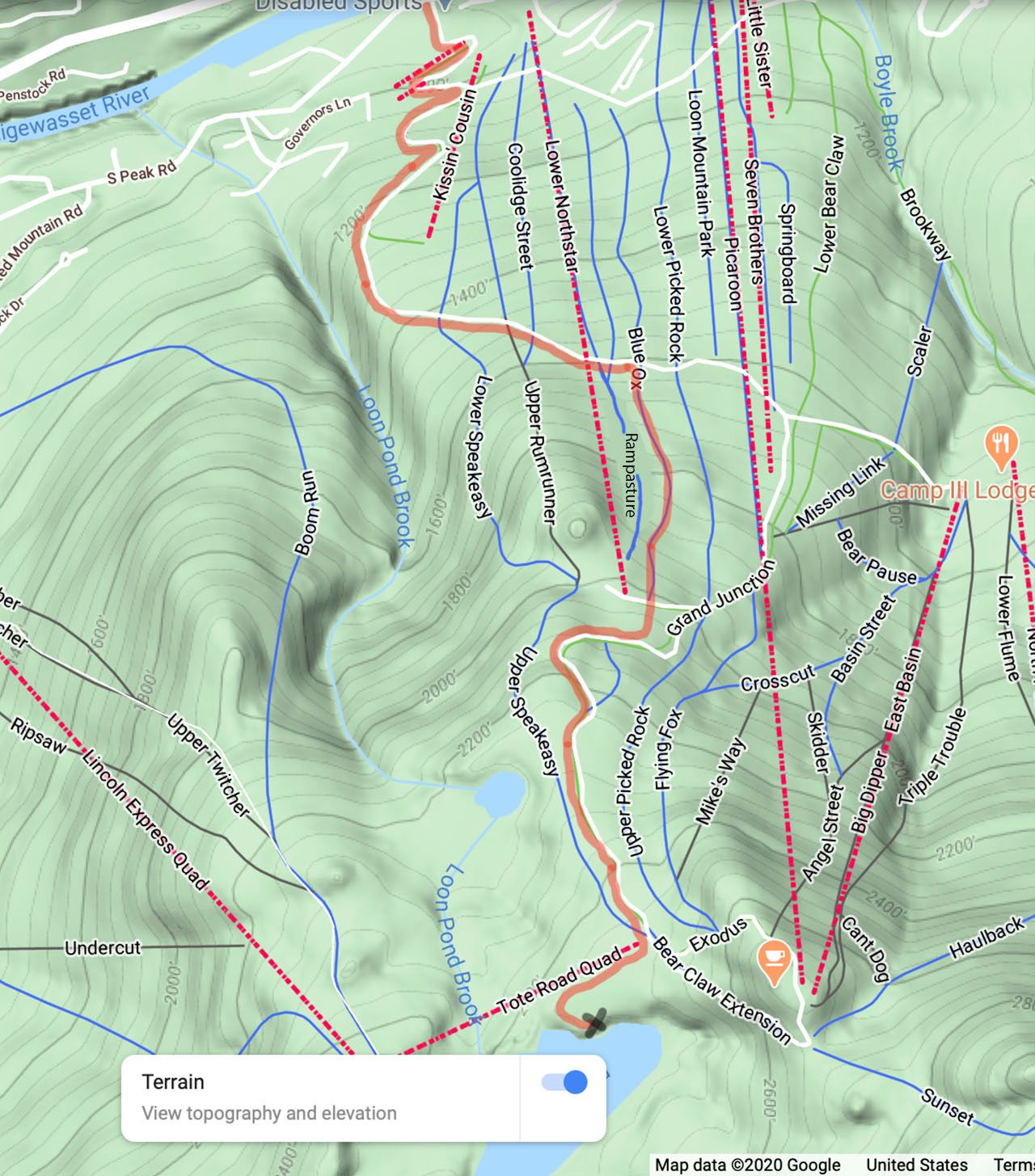 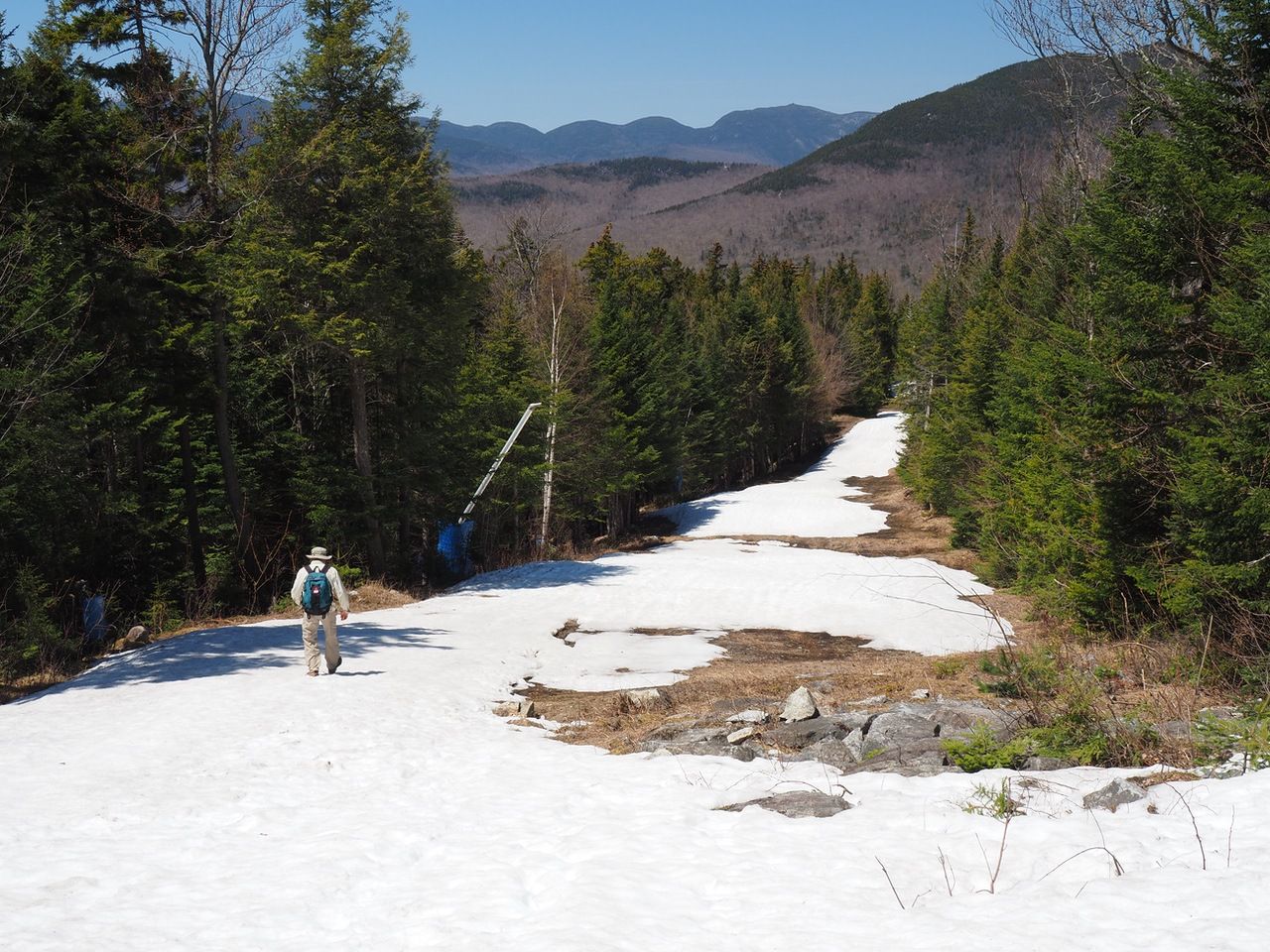 A view of Mt. Washington as we descended. 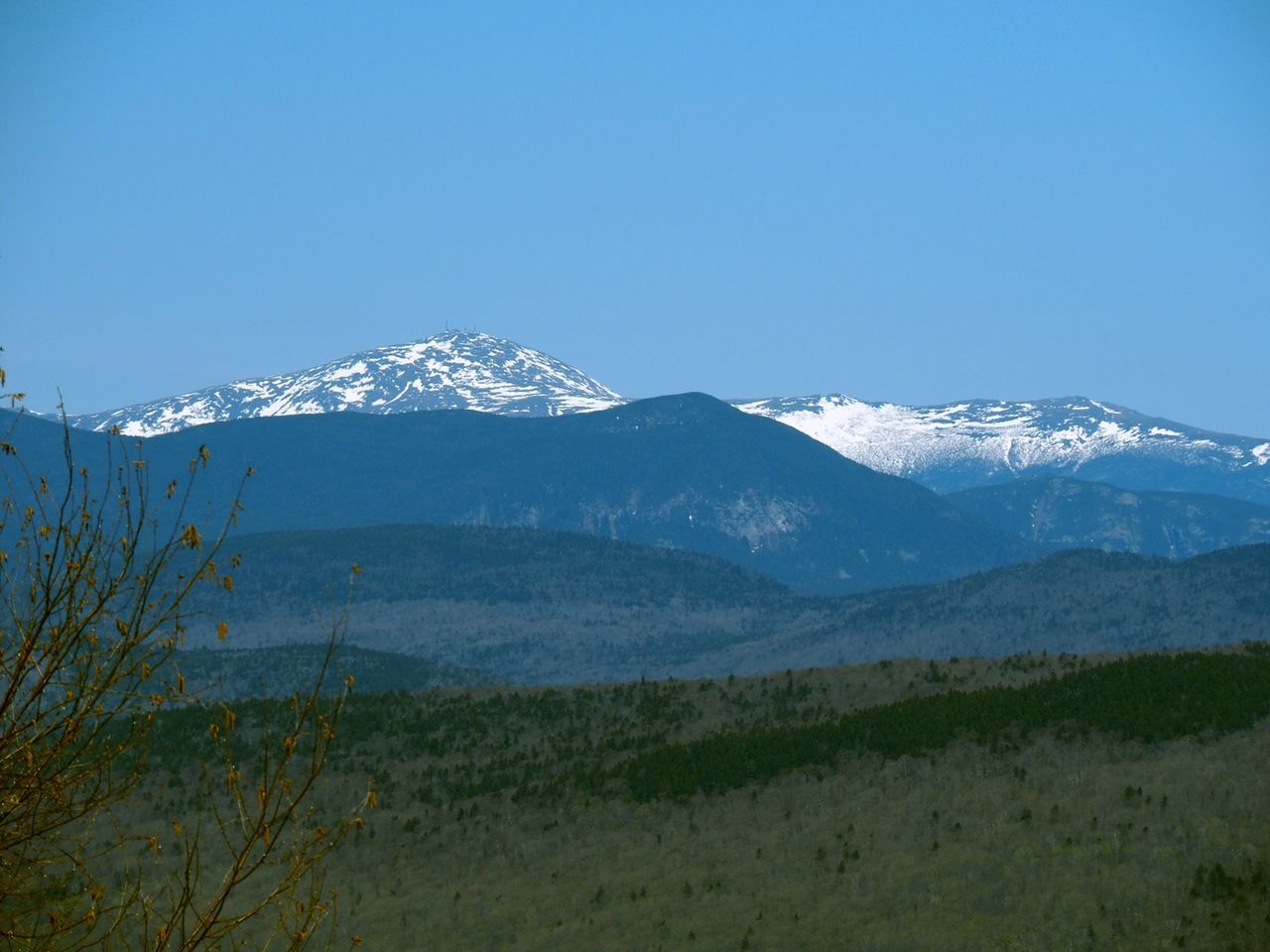 Published by Eileen and Larry Samberg on May 20th, 2020