Mt. Israel is on the 52 With a View list, down in the Sandwich area. Although Mt. Israel is not a high mountain at 2630 feet, the hike is moderately difficult. It starts at about 936 feet, gaining 1700 feet of elevation in 2.1 miles. It was also hot and humid, which makes the hike seem harder.
We drove in from the west on Sandwich Notch Road from Route 49 — don’t go that way unless you have a high clearance vehicle! We creeped along, scrapping occasionally with our Prius. We went home to the east on Sandwich Notch Road, which thankfully became paved, going through Center Sandwich, Holderness, driving on Route 113, Route 3, and Route 175 to I-93.
A summary of waypoints.
There are two ways up Mt. Israel. The Wentworth Trail from the south and the longer combination of the Mead Trail and the Guinea Pond Trail from the west/northwest. We chose the former.
The Wentworth Trail starts at the Mead Base Conservation Center.
Mead Base Center 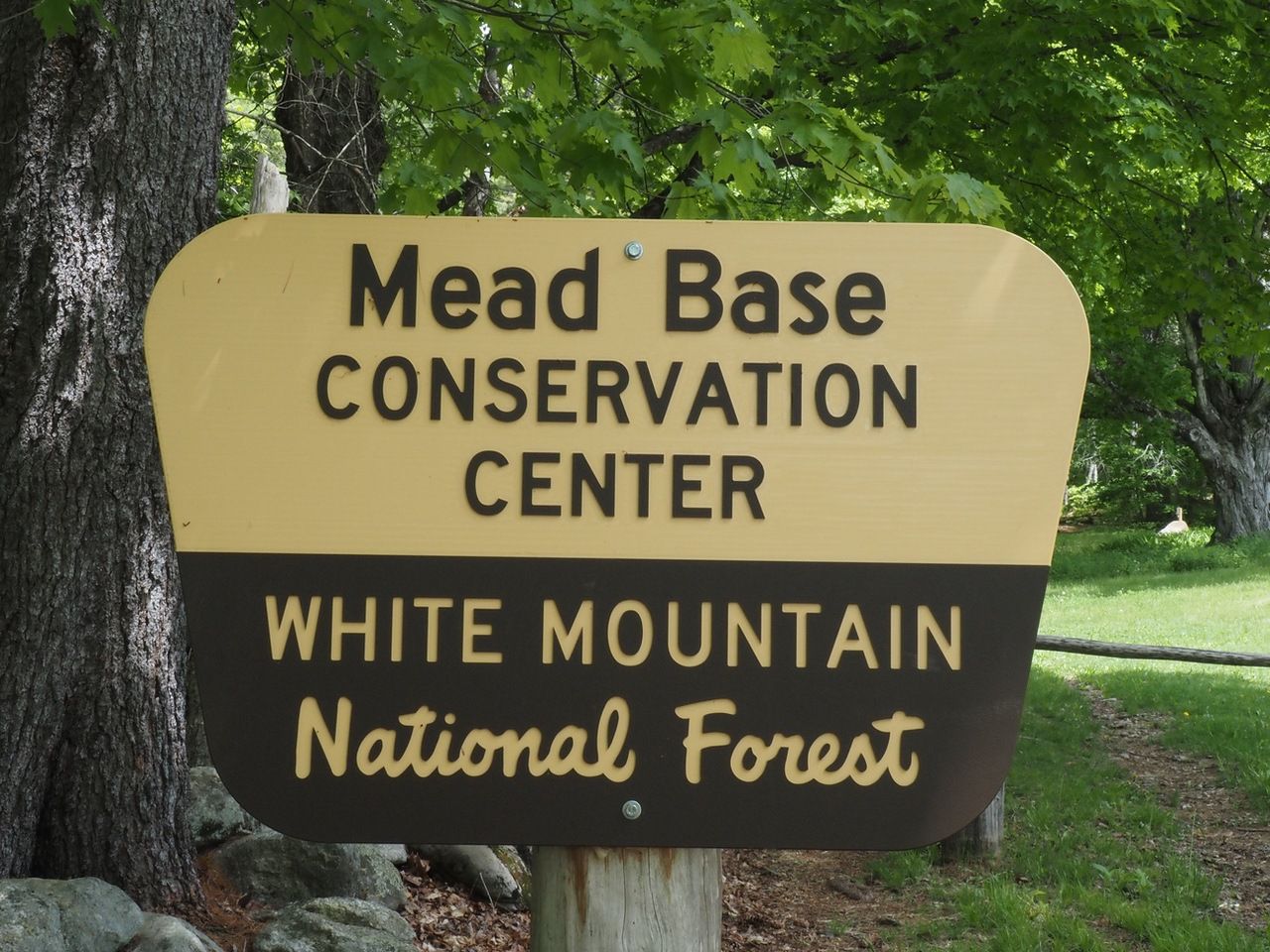 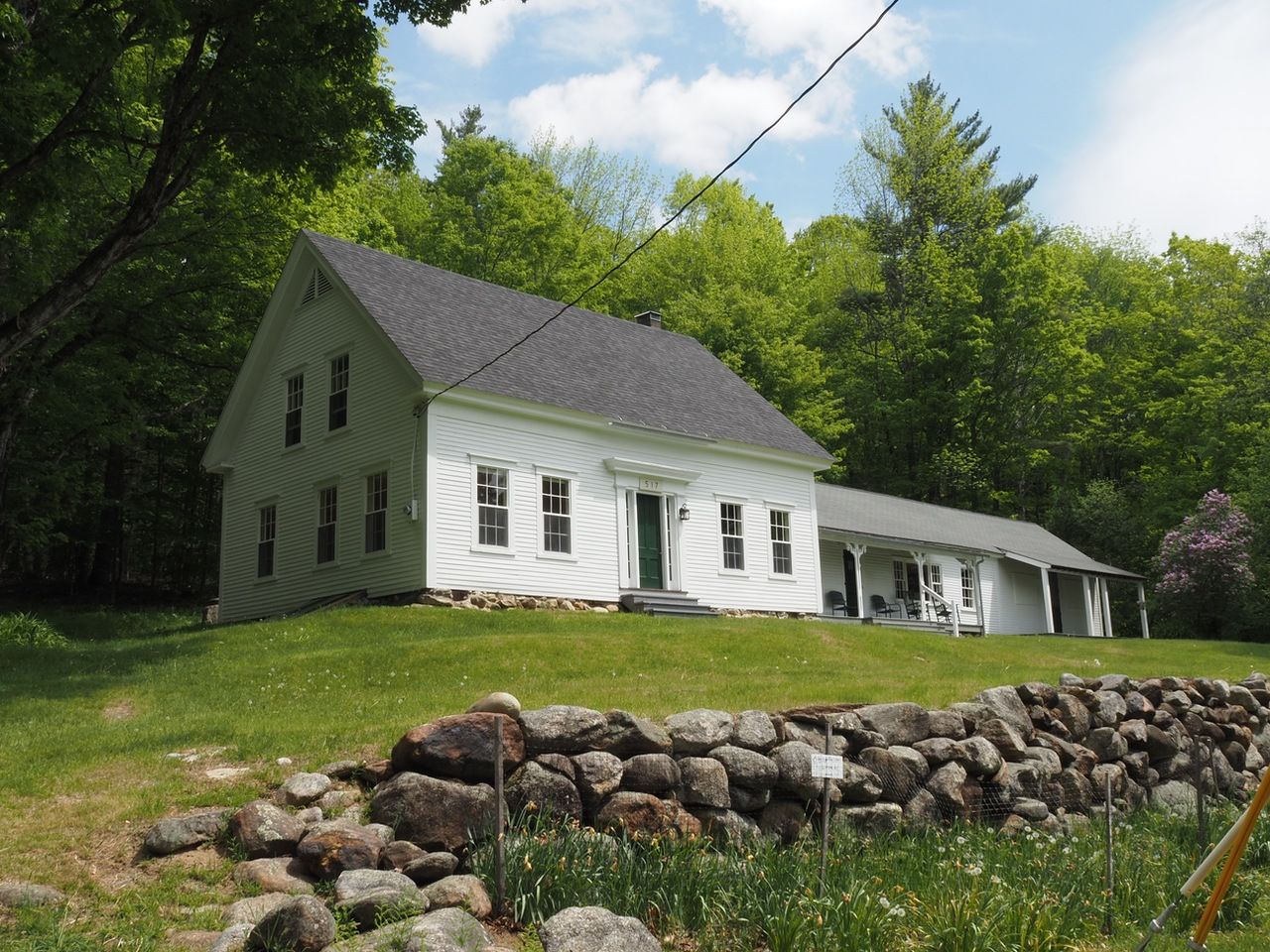 The trail, blazed in yellow here and there, enters the woods on the left of the building (elev. 940 ft). The trail was clearly well-worn and fairly easy to follow. 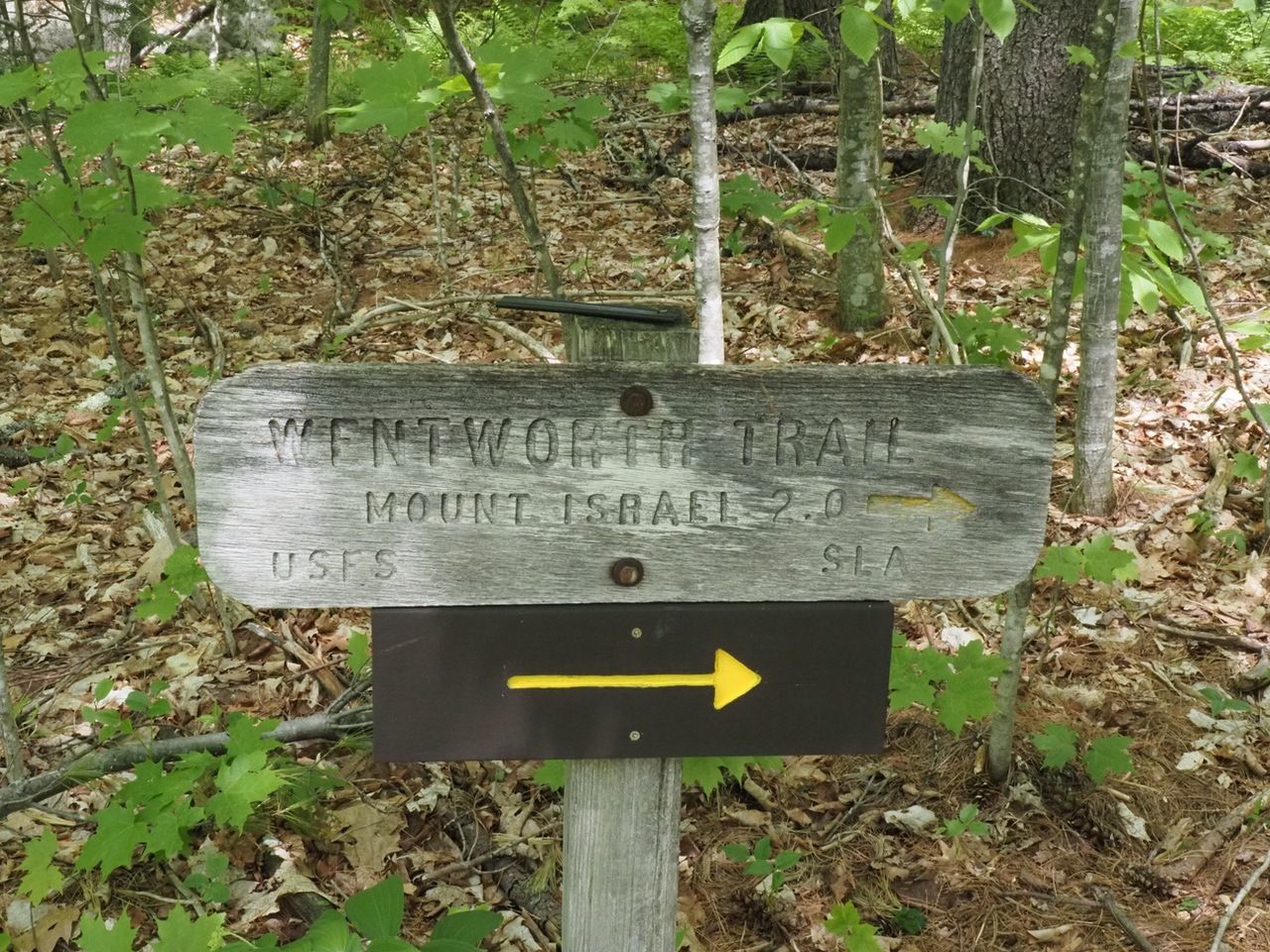 A small brook crossing 20 minutes in. At .8 miles, it turns away from the brook. 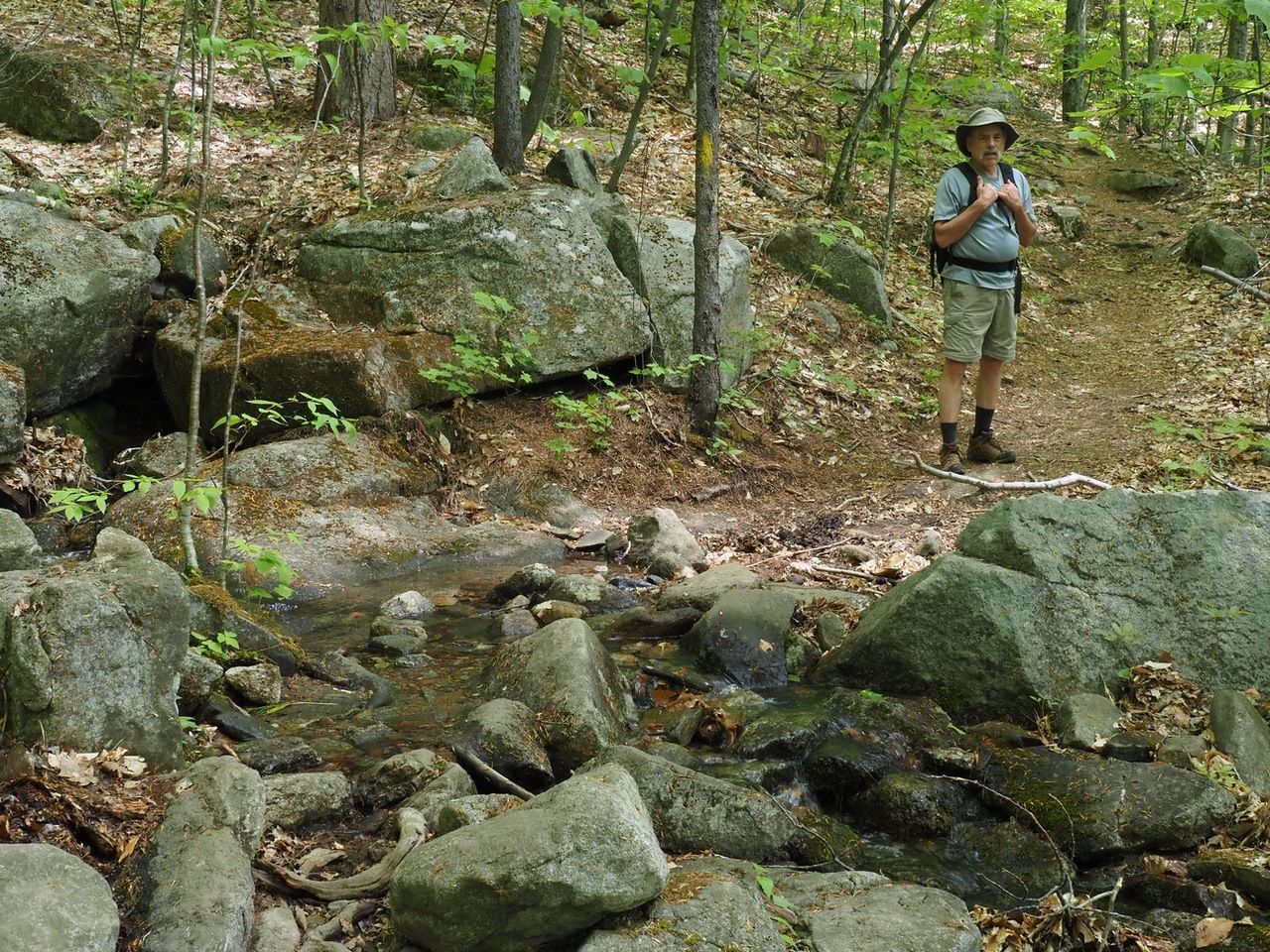 The ascent was steady, with some switchbacks and turns. A few spots had stone steps. 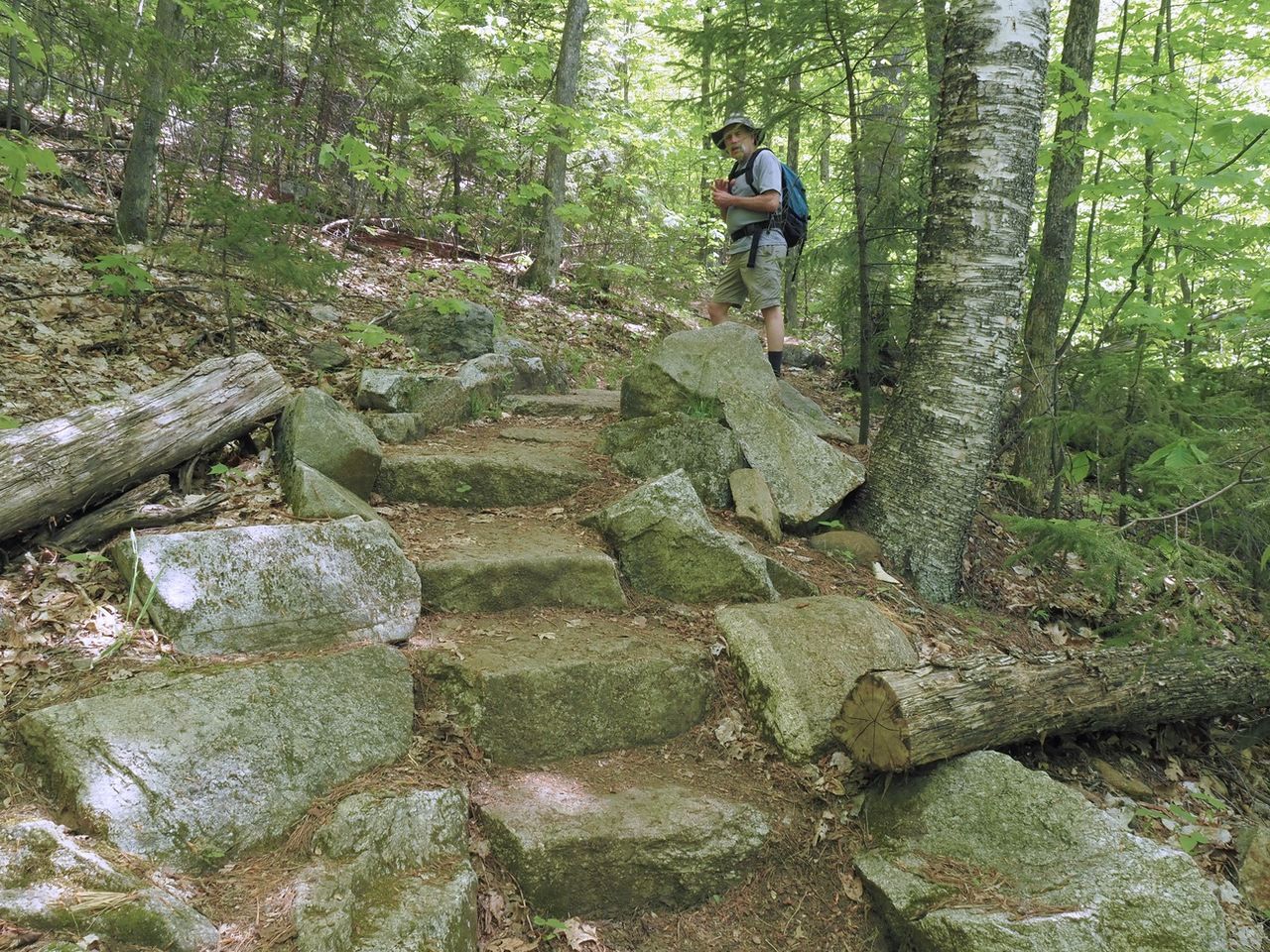 The first real waypoint was at 1.5 miles (elev. 2342 ft.), with a ledge on the left with a southern-facing outlook. Larry is looking at Squam Lake in the distance. 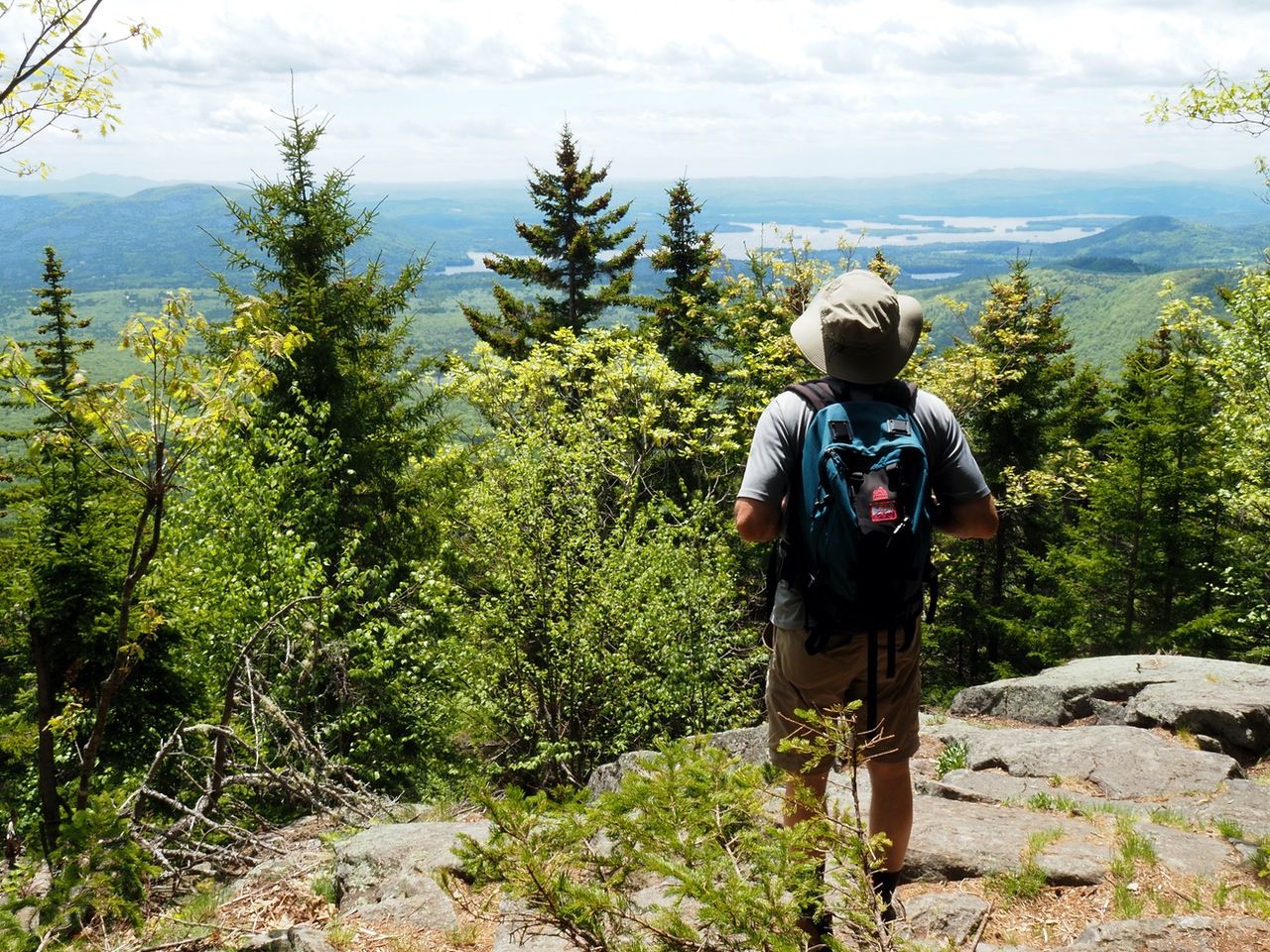 This pitch, not long after the lookout, was the only real (pretty short) rock scramble. 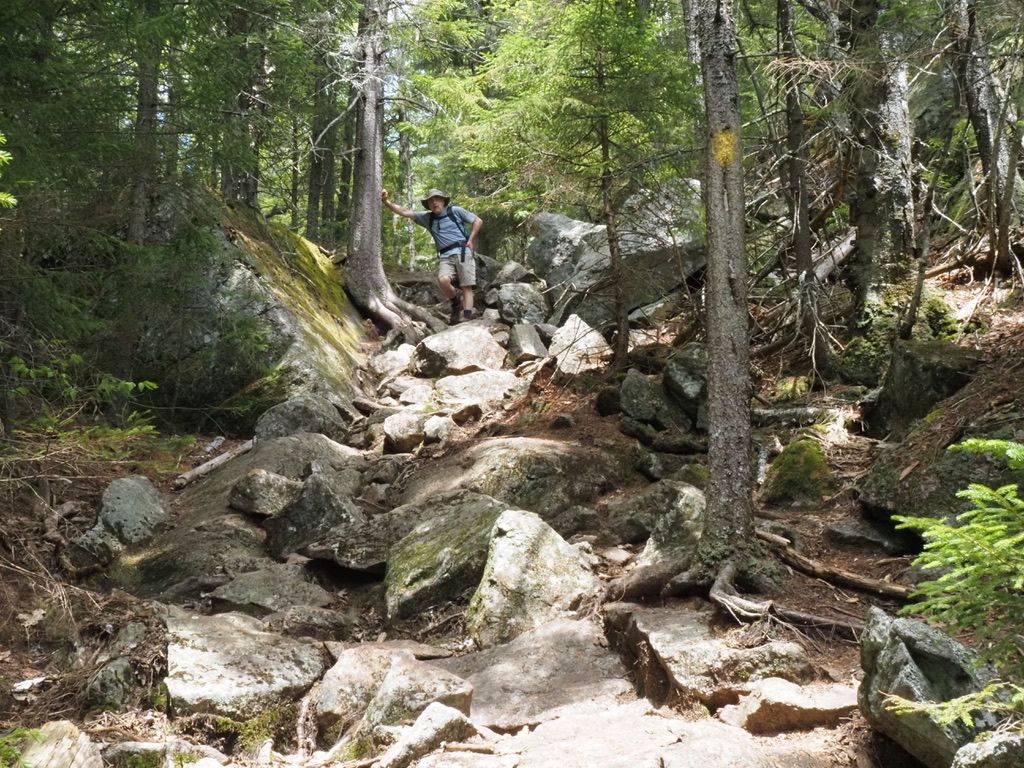 Above 2300 feet, we transitioned from mixed hardwoods and conifers to spruce. Very pretty. 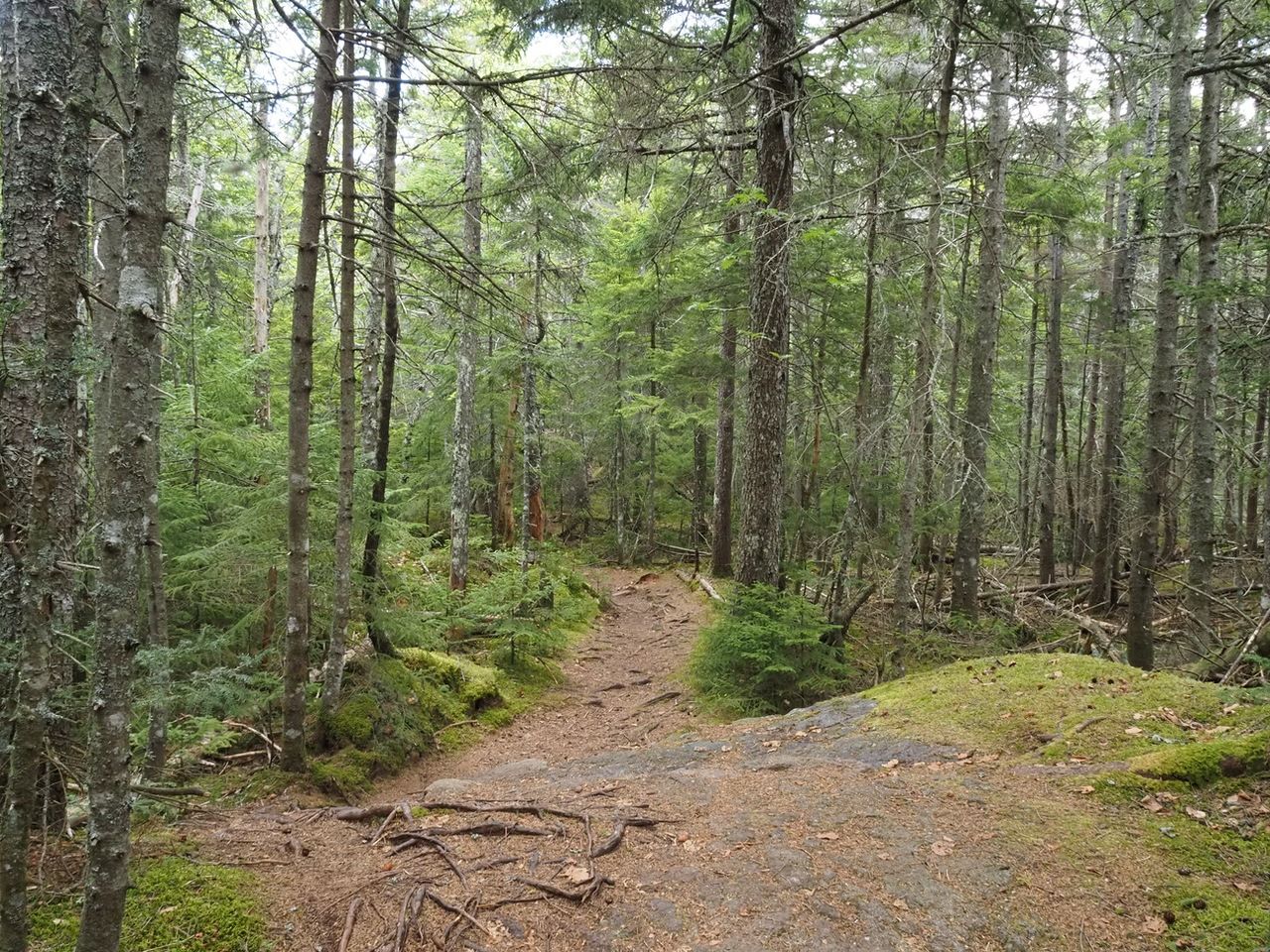 At 1.8 miles, we reached the southwest summit, with views to the north, similar to the peak, a little more restricted. 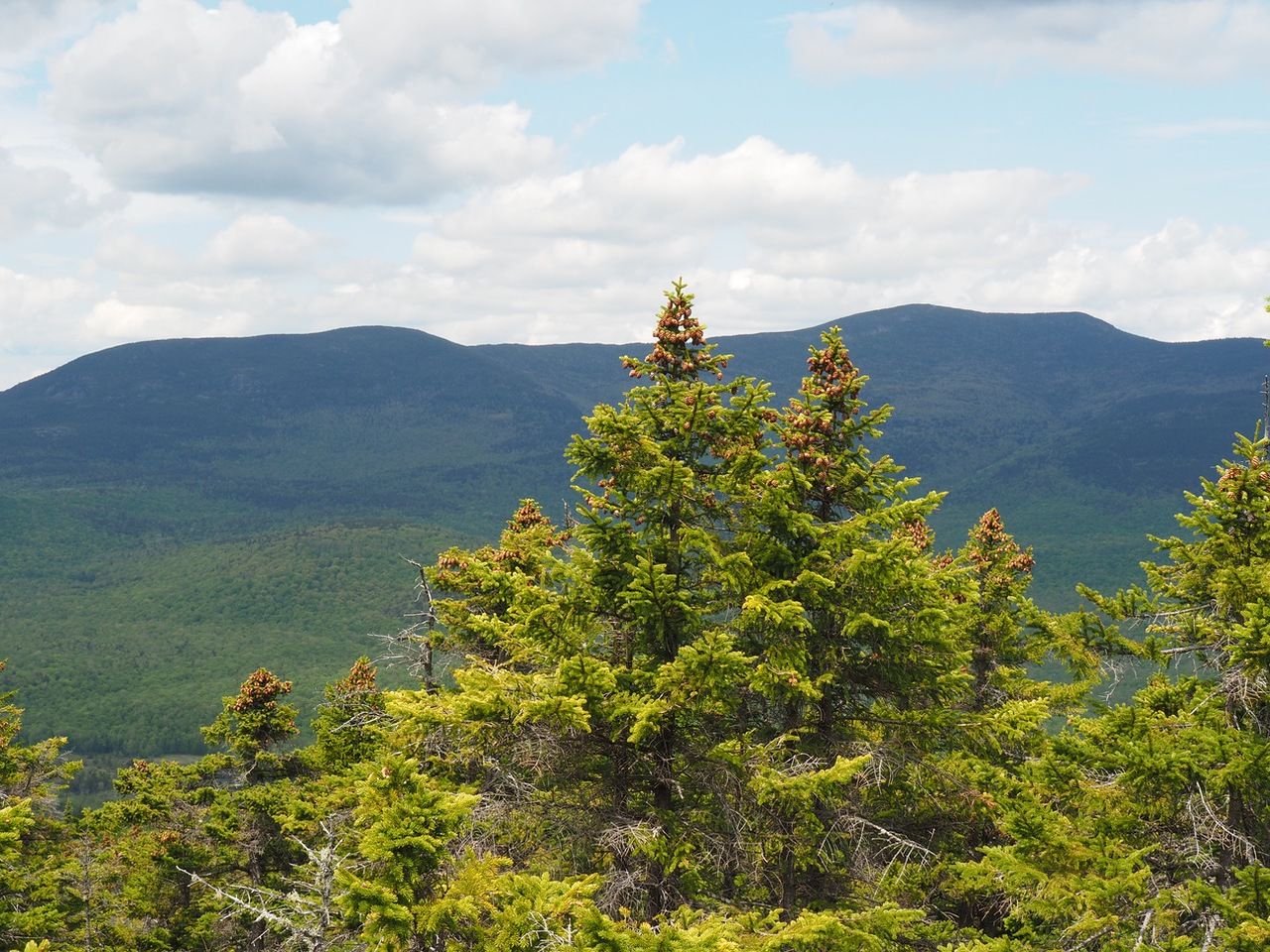 Then we traversed a pretty section to the peak. 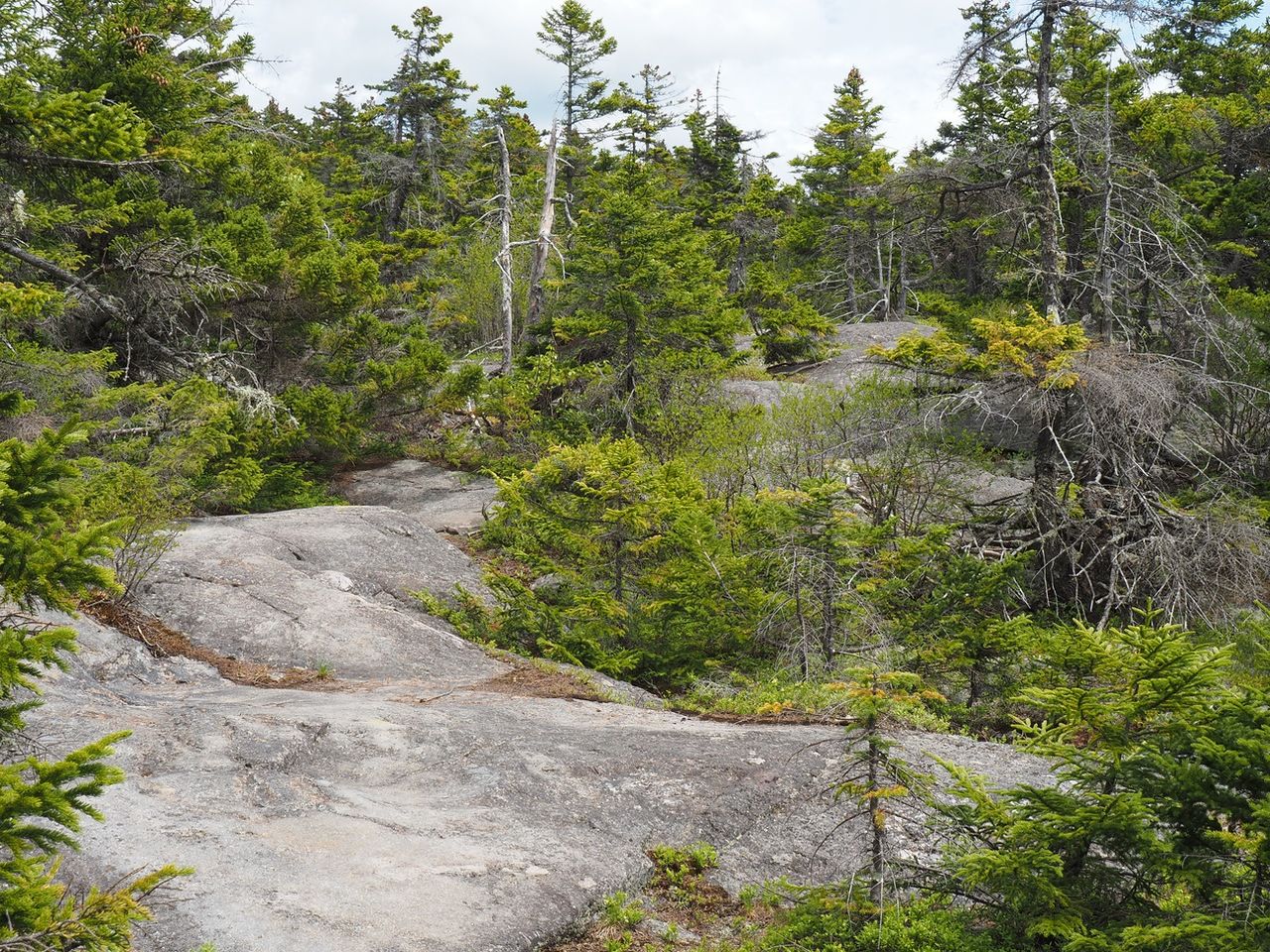 At 2.1 miles, we reached the intersection with the Mead Trail, part of a possible longer 8.2 mile loop. 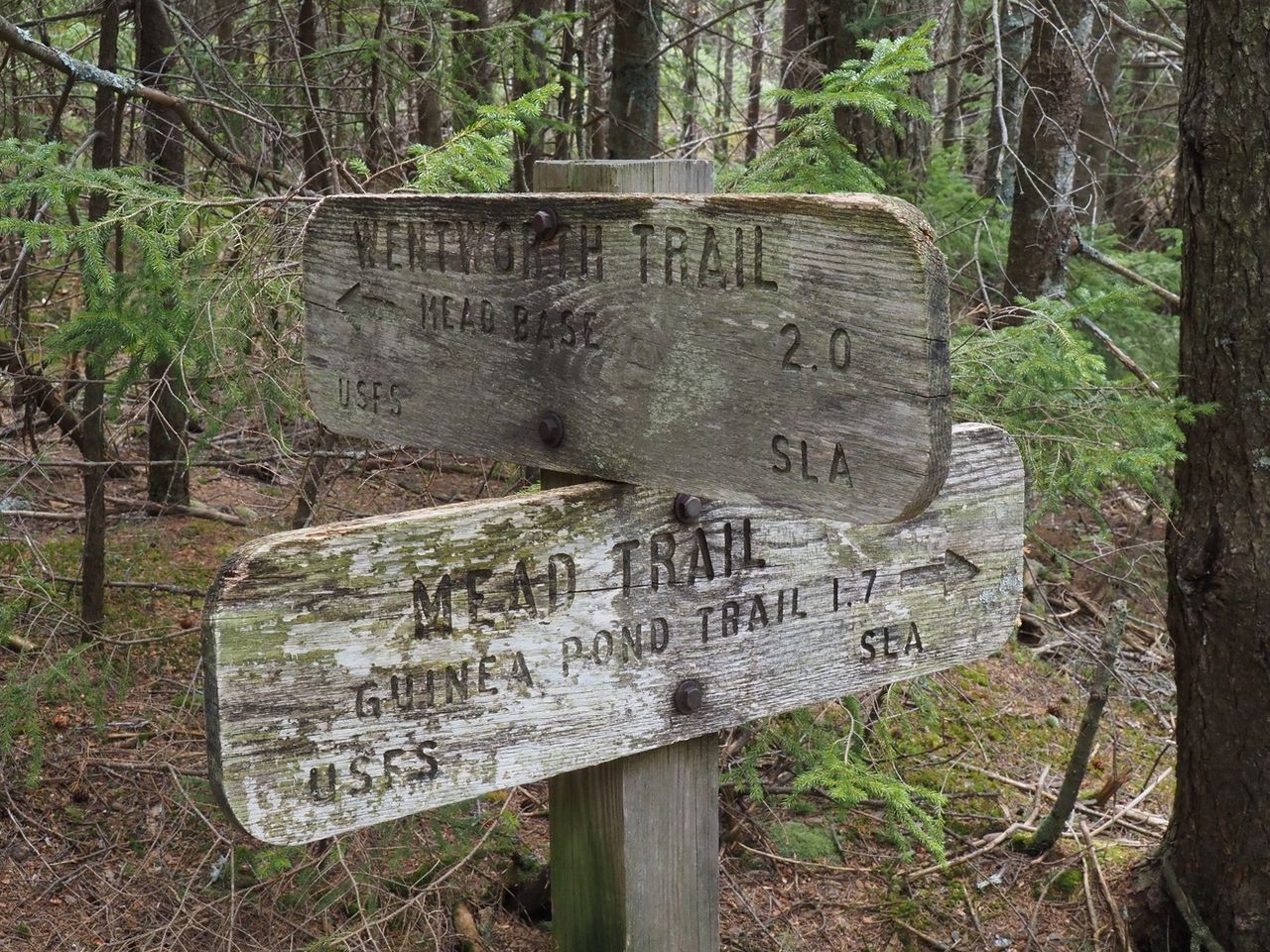 The peak was only about 75 yards further on.
Sandwich Dome, the closest large peak. 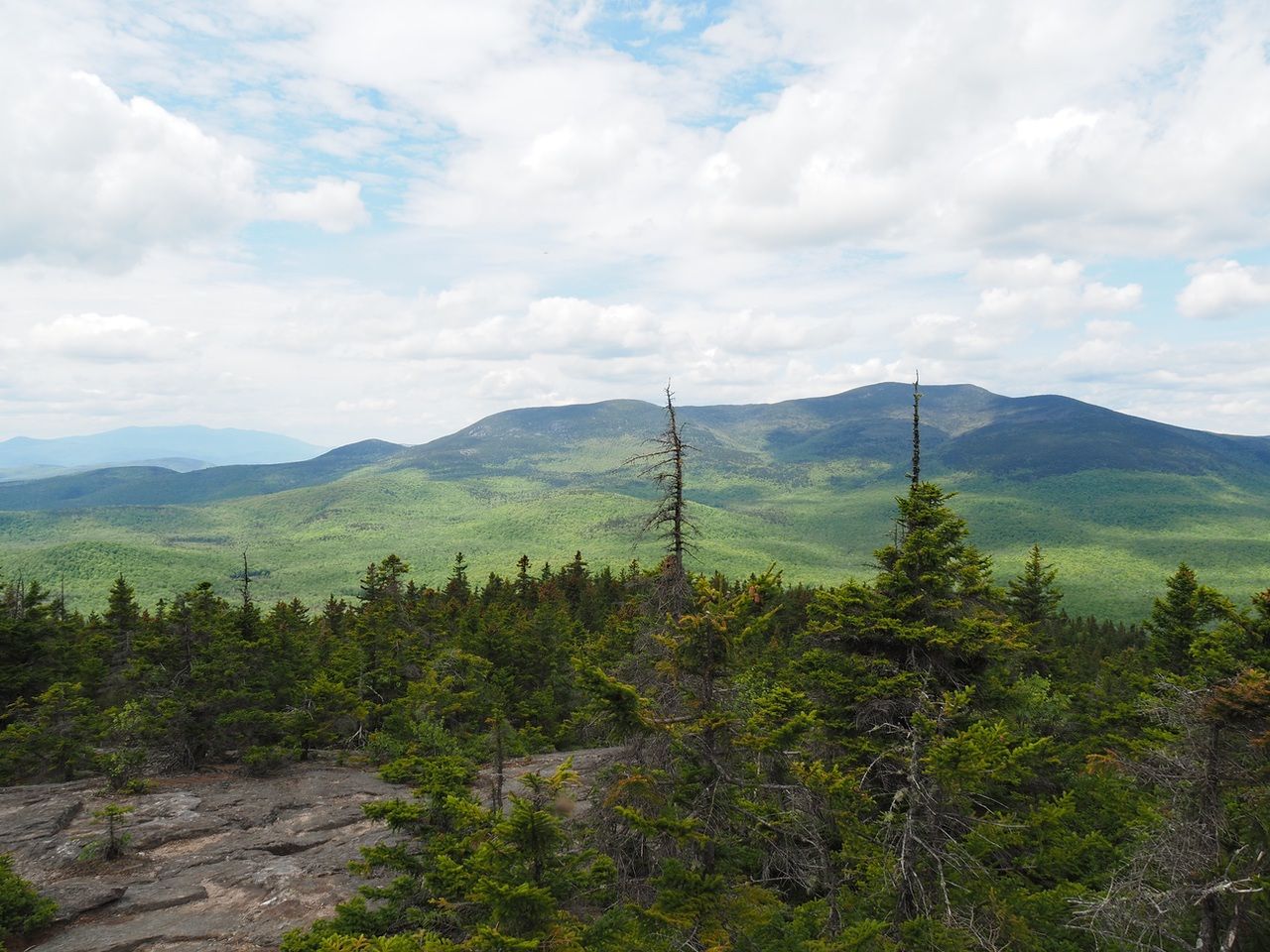 View of Tripyramids, Sleepers, Whiteface. Chocorua, also visible from the peak, is further to the right of the picture. 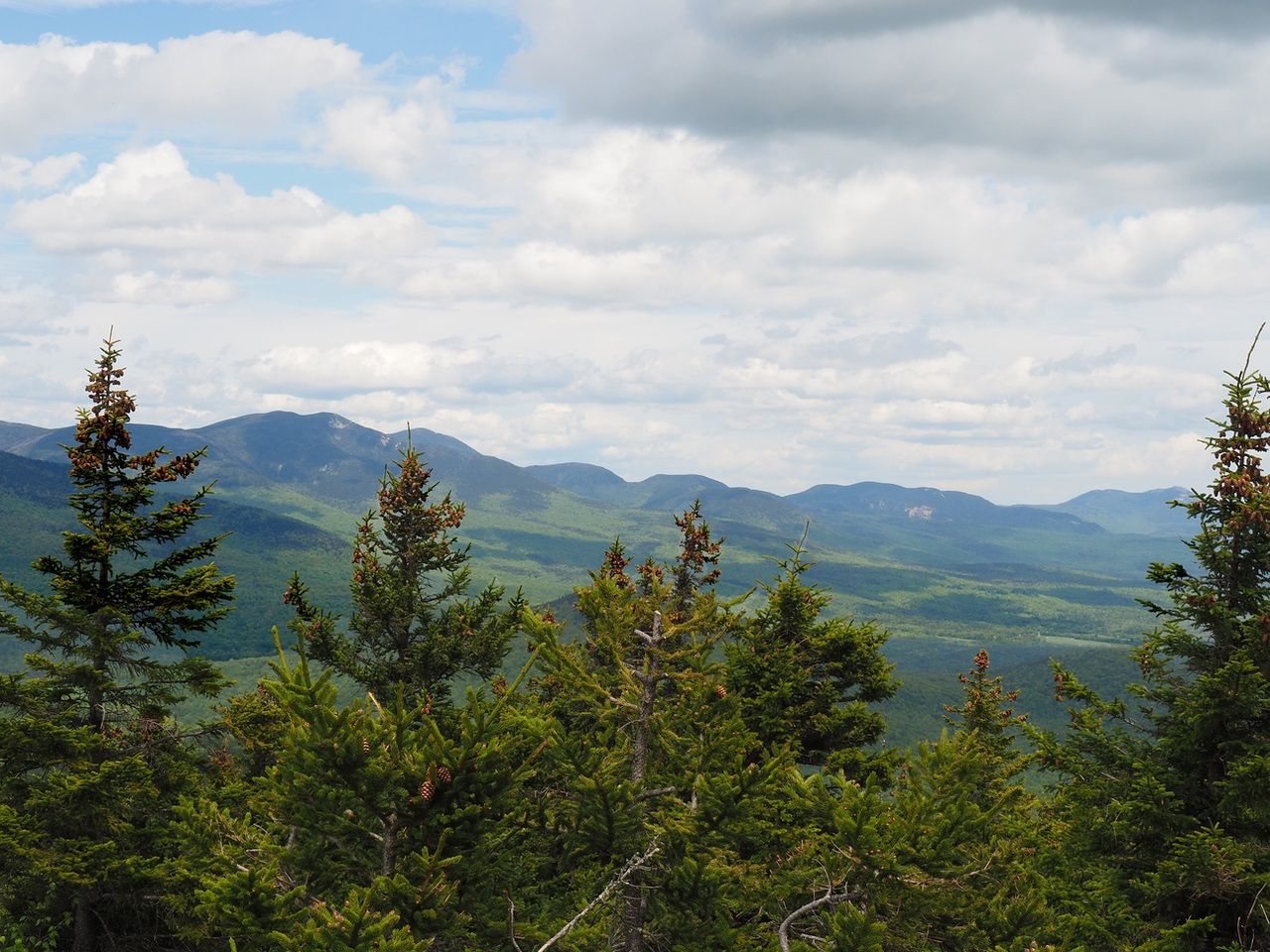 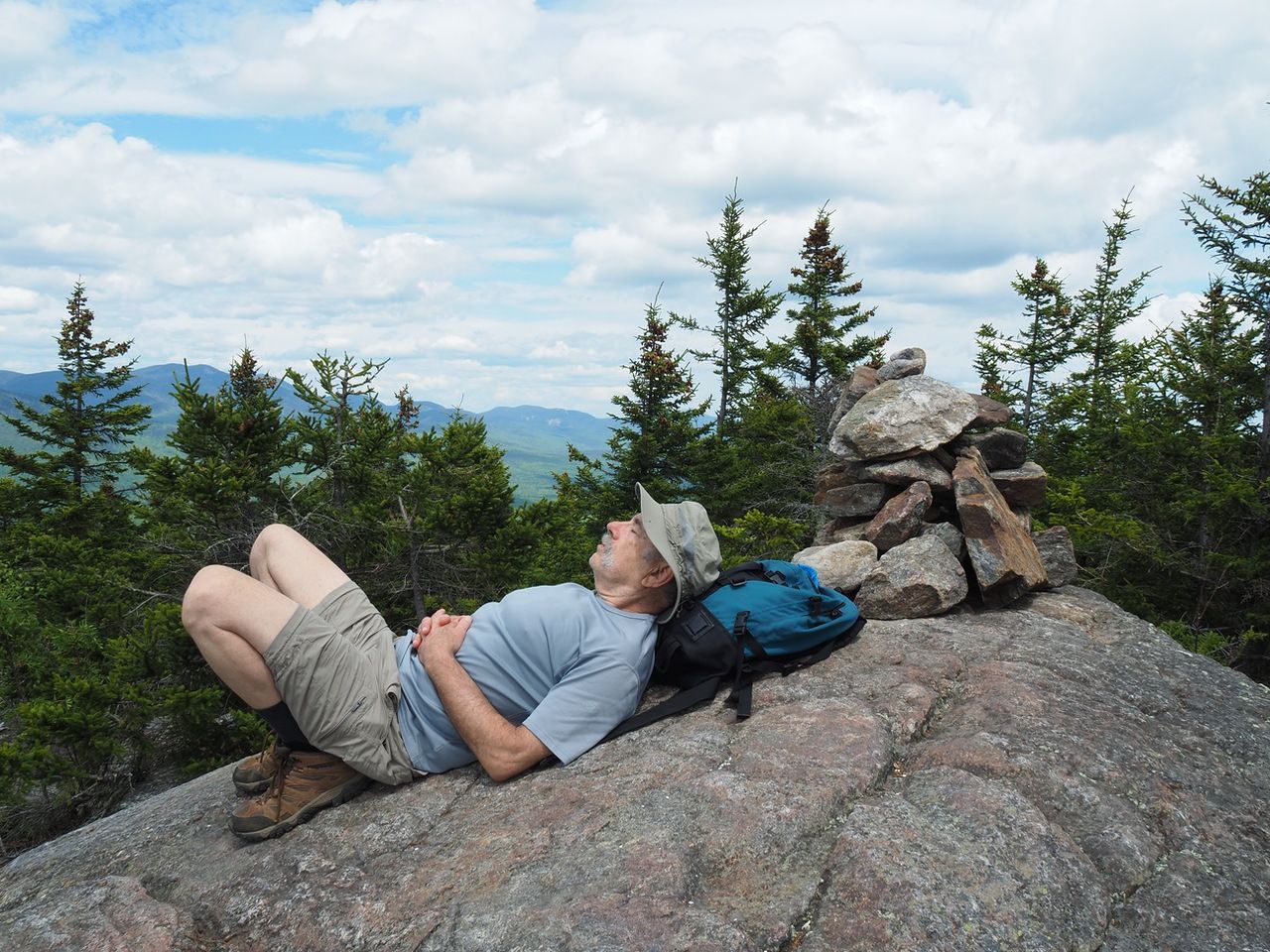 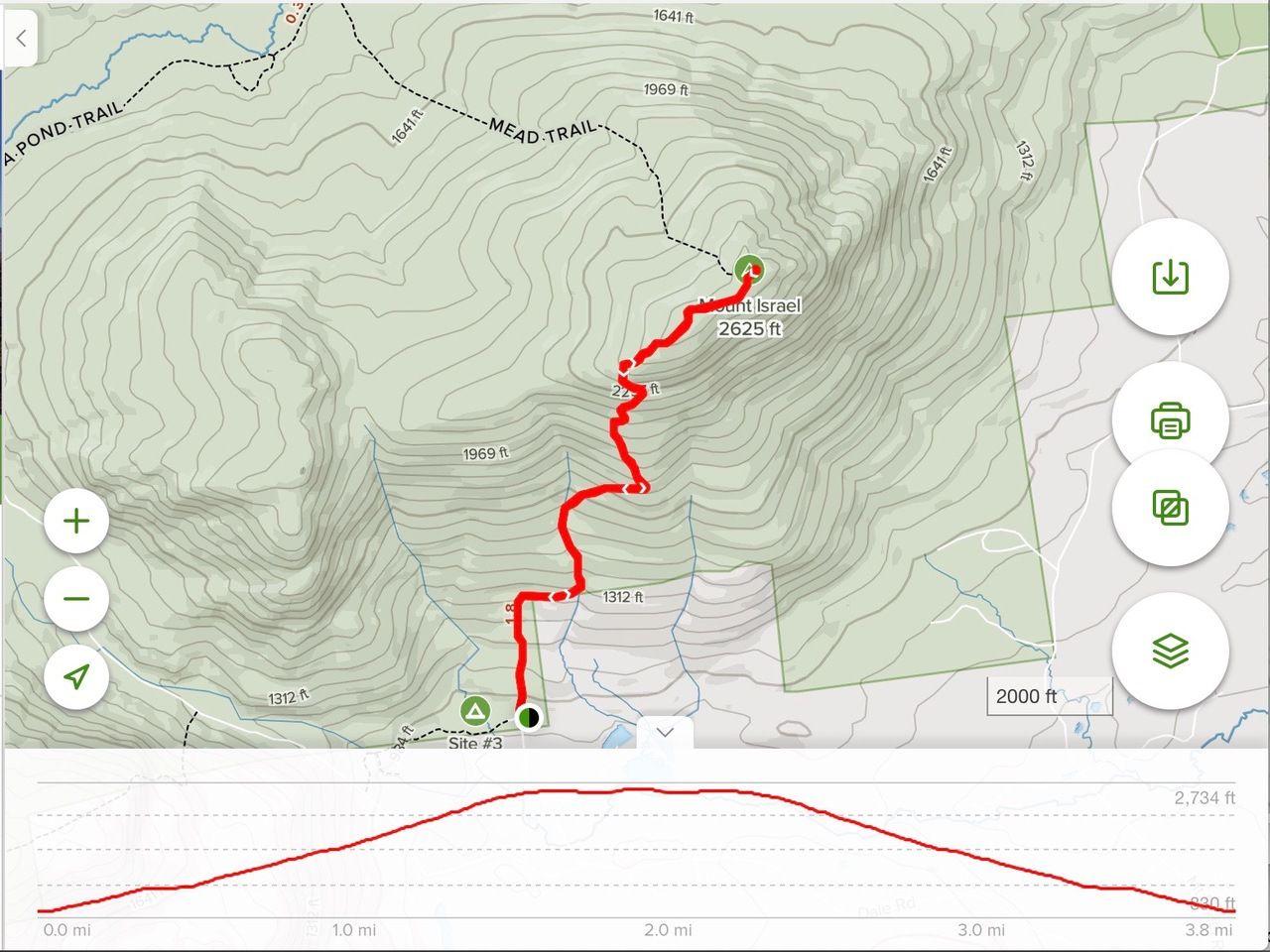 The hike took about 2 hours going up (including stops for pictures and at the overlook and southwest peak). It took about an hour and a quarter on the way down. About 4.1 miles round trip.

Published by Eileen and Larry Samberg on May 28th, 2020