We ventured over to the Conway side of the Kanc to hike South Moat, one of the summits on 52WAV. The trailhead is reached from Passaconaway Road off the Kanc (Rt. 112). The road is roughly 6 miles east of Bear Notch Road; you turn left and cross the river on a covered bridge, and continue another 3.4 miles to the dirt parking lot at the trailhead.
This yellow-blazed trail to summit is listed as 2.6 miles one way, 2200 feet elevation gain, with the summit at 2770 ft. The sign says 2.7 — we often see these small discrepancies.
The trail was easy to follow and blazes were plentiful. Since this is a fairly old trail, there were periodic side trails and herd paths that needed to be avoided, but these were pretty obvious and there was almost always a blaze nearby to keep you on the correct trail. 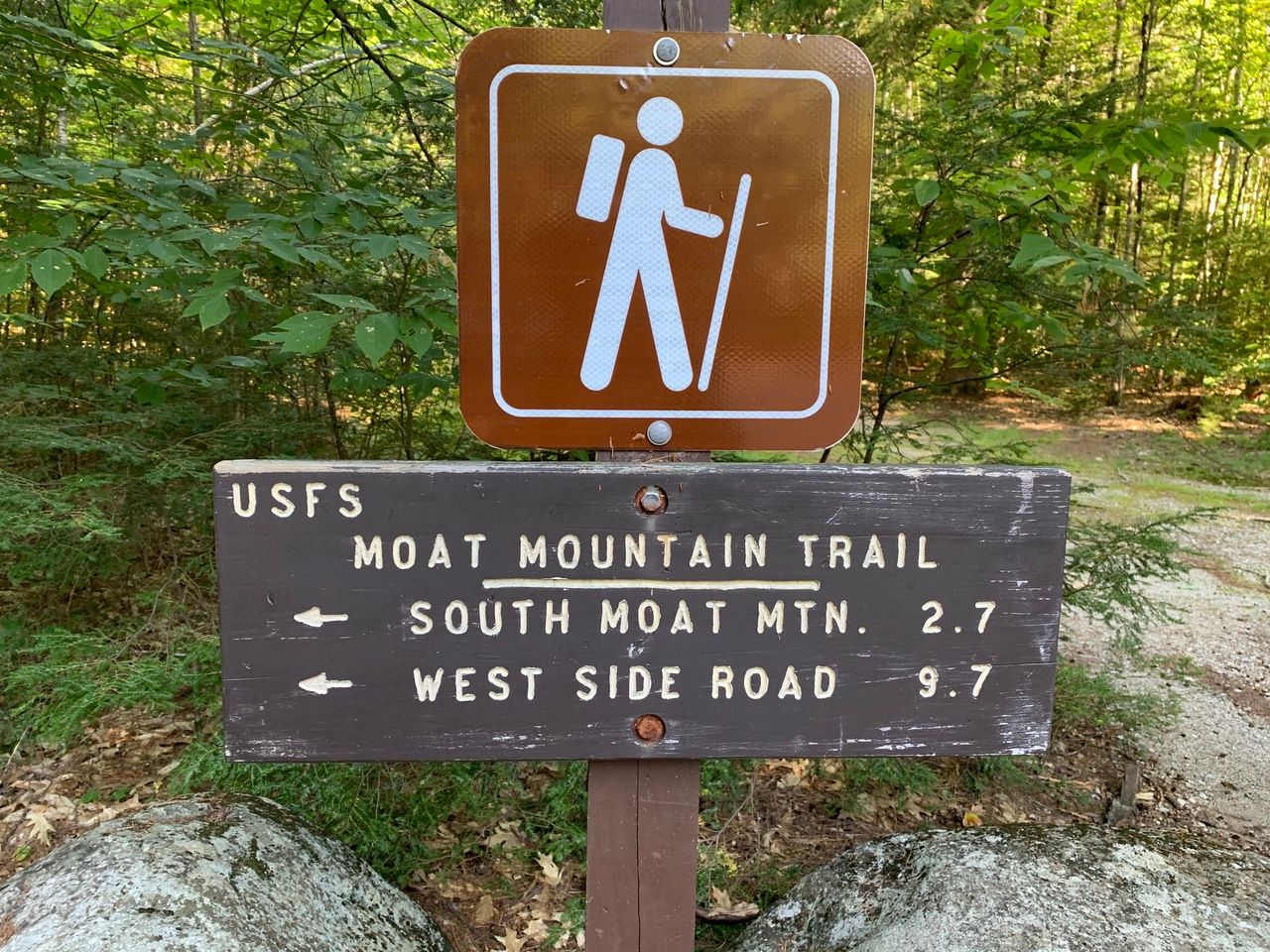 At .3 miles, there is a two-rock-hop tiny brook (at least in a low rain late August). The first part of the trail is a needle-covered walk with a gradual grades. 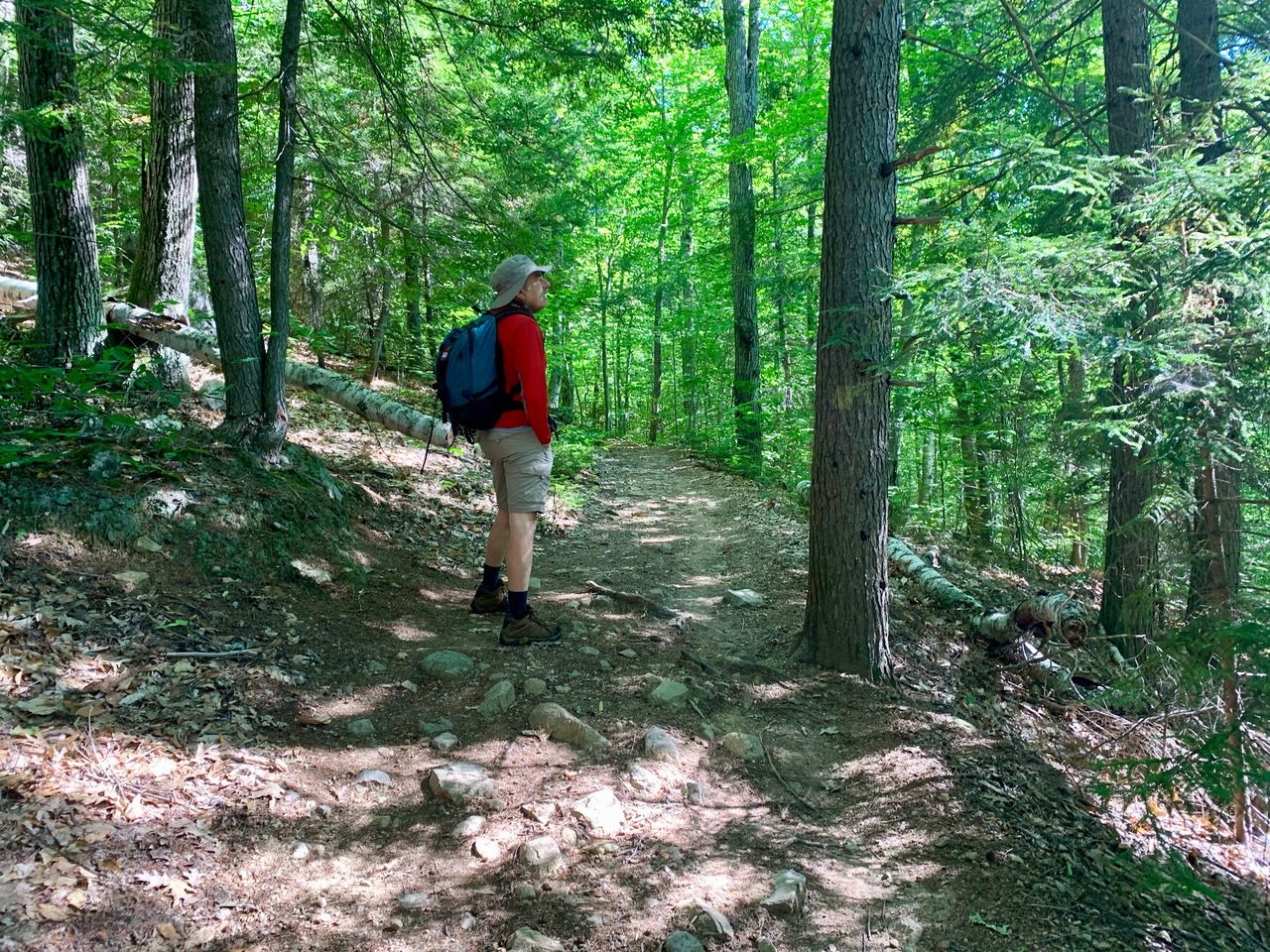 At 1.0 miles, we cross Dry Brook on a bridge and continue on. 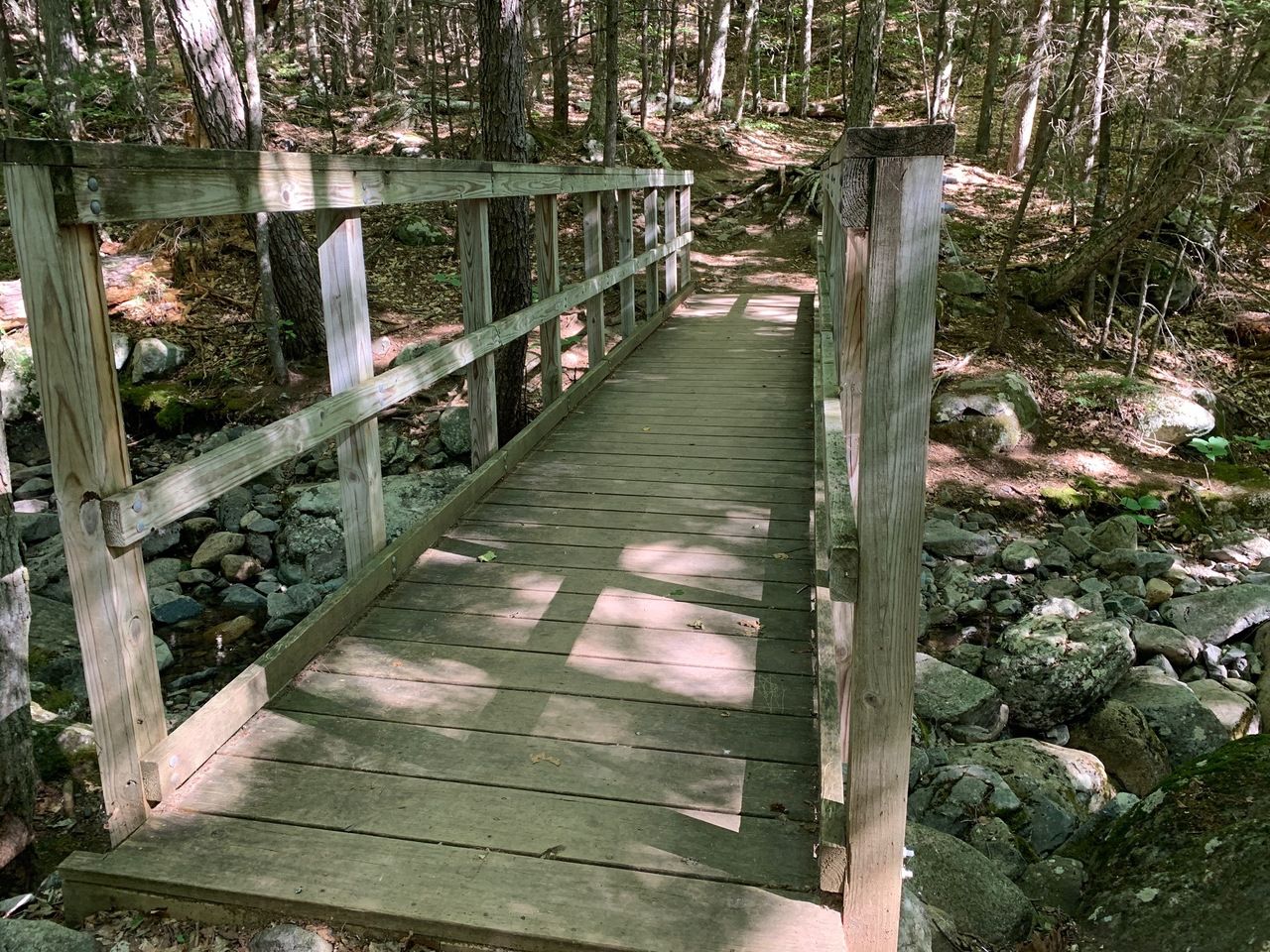 At 1.3 miles, the trail turns left to an older trail, the grade steepens, and it gets rocky and it is eroded in places. With a total elevation gain of 2200 feet over 2.6 miles, the trail, on average, is fairly steep but not a killer. However at this turn at 1.3 miles (almost exactly halfway), we have only ascended about 500 feet, which means that we have to ascend another 1700 feet over the next 1.3 miles. Averages can be deceiving. 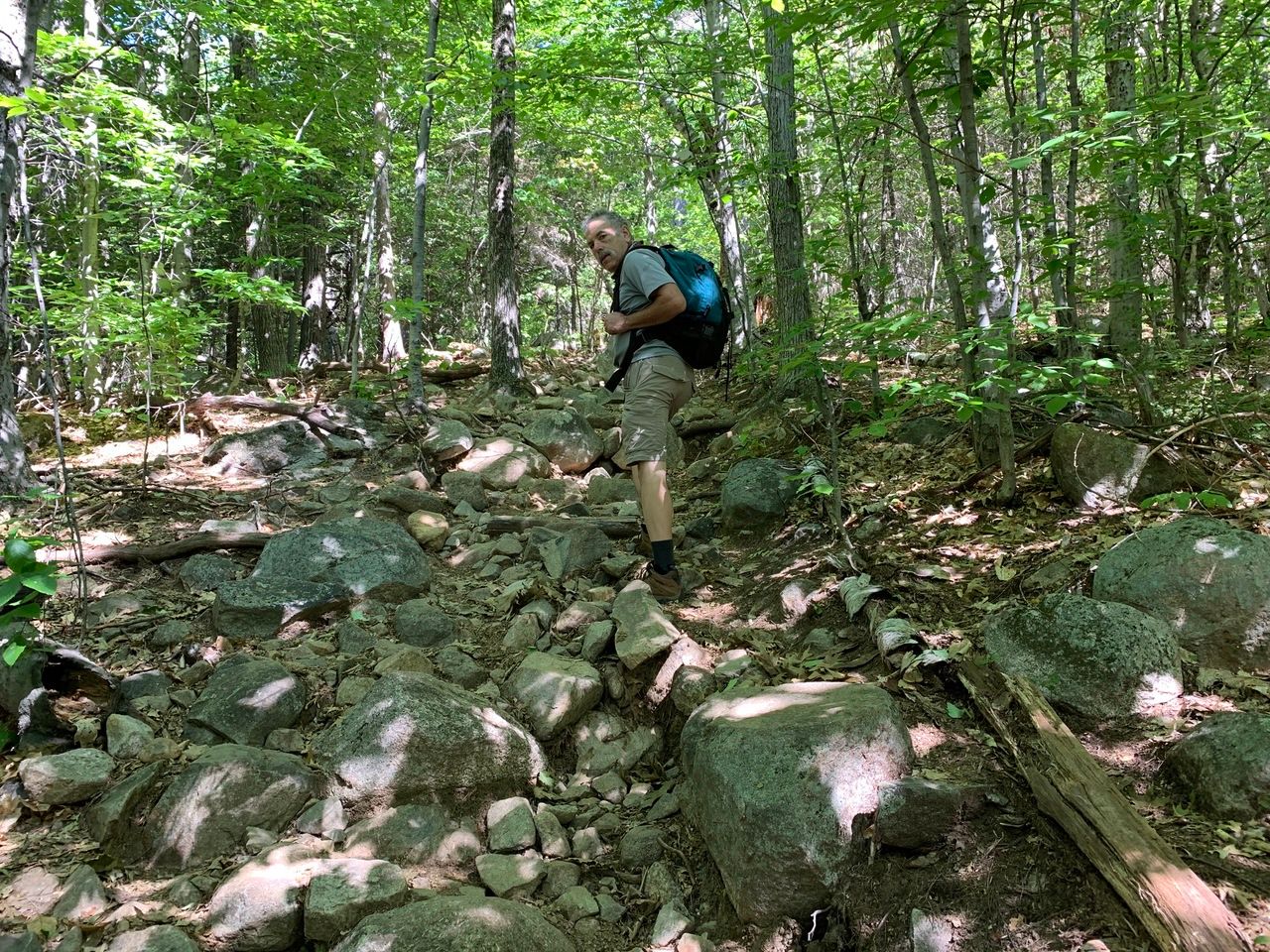 From the washouts, there is a lot of scree (loose rocks) requiring some care going up and down both. But overall, the footing was pretty solid. 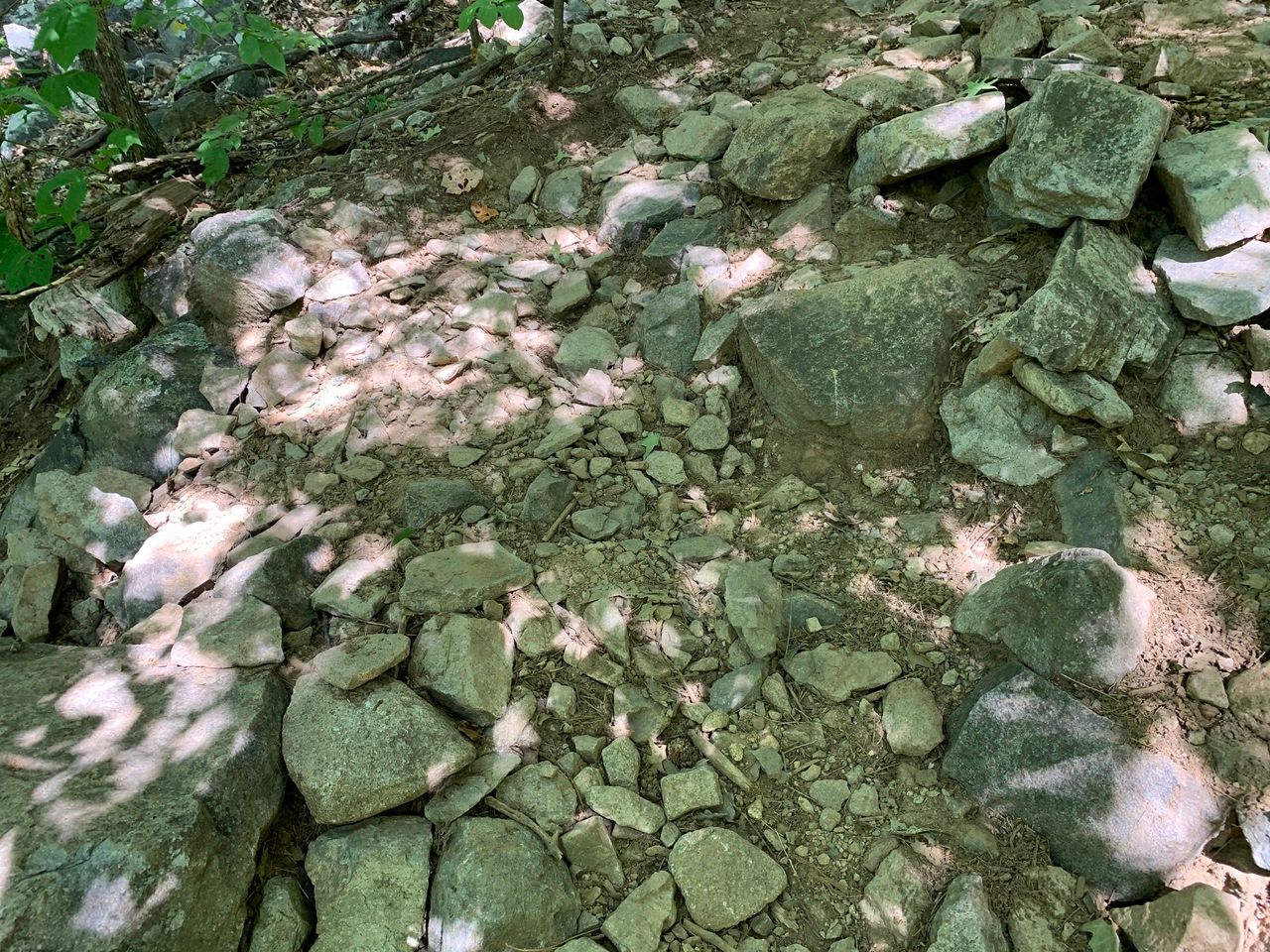 Continuing the ascent, as the area gets more rocky, with some cairns and some blazes on rocks. 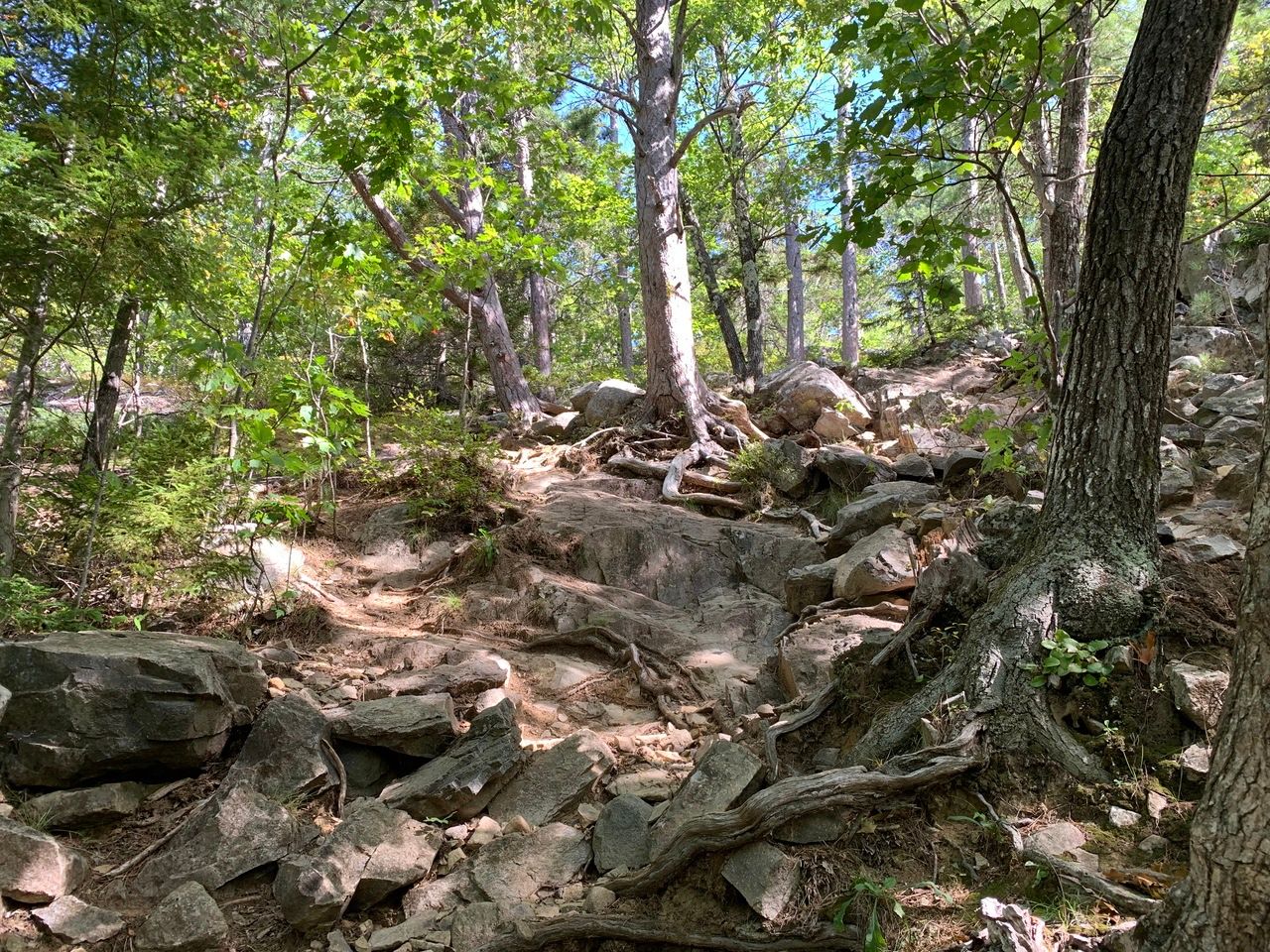 Just before and then at a ledge at 2.0 miles, the view becomes open and the trail runs through a beautiful red pine forest with lots of native shrubs like blueberry, huckleberry, sheep laurel (past bloom and mostly past fruit), etc. From this first viewpoint, there are nice views of Chocorua. 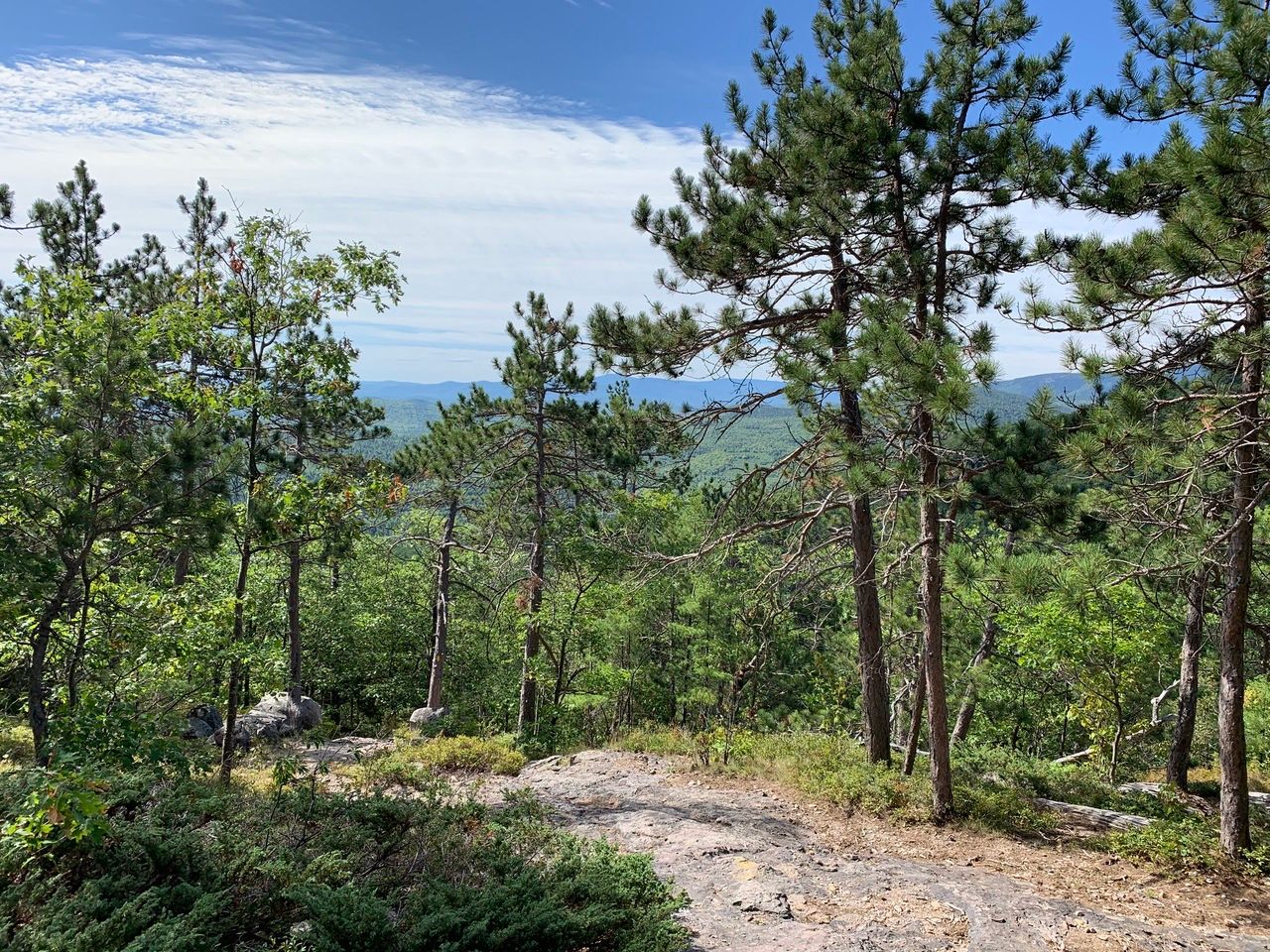 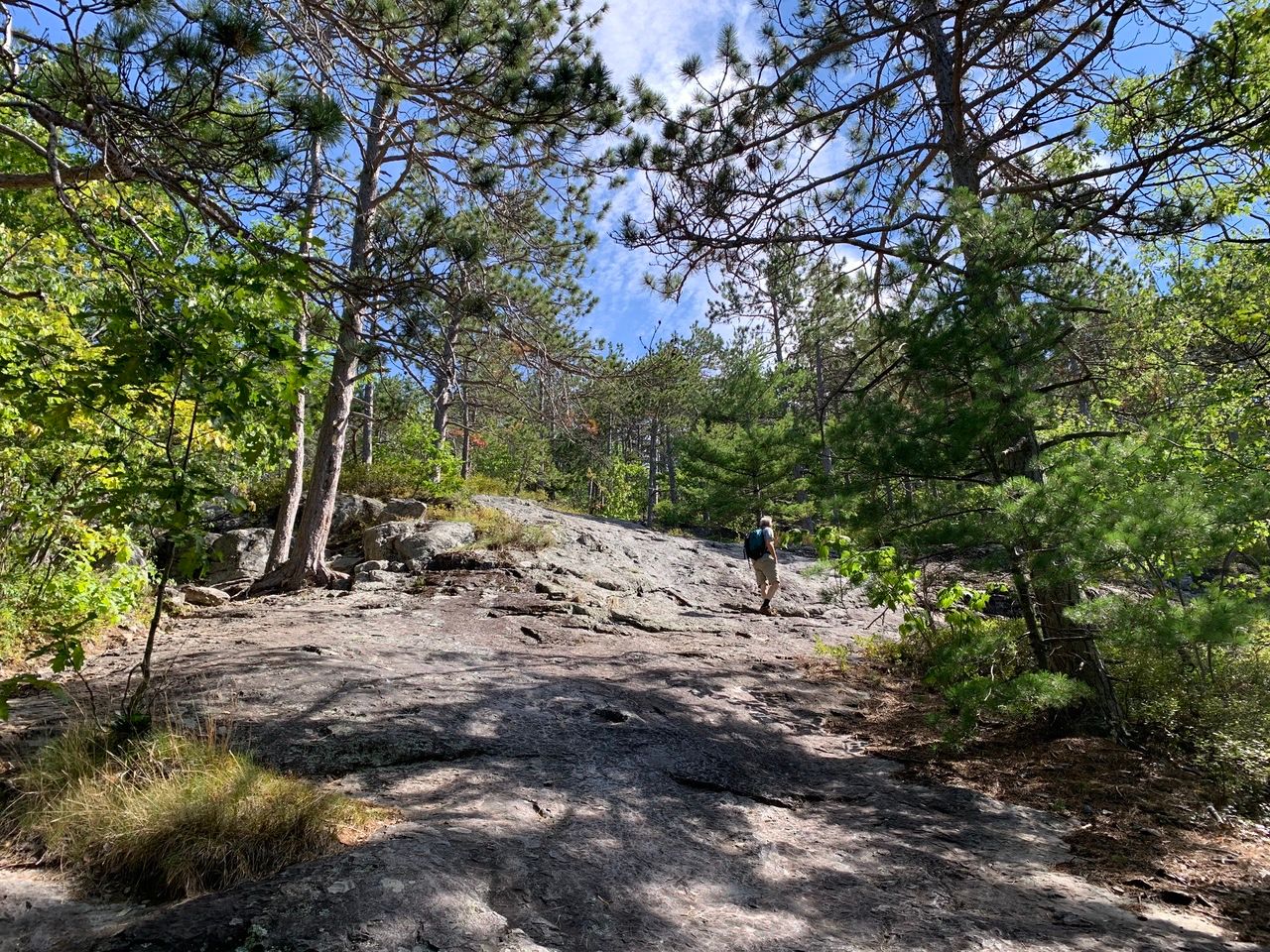 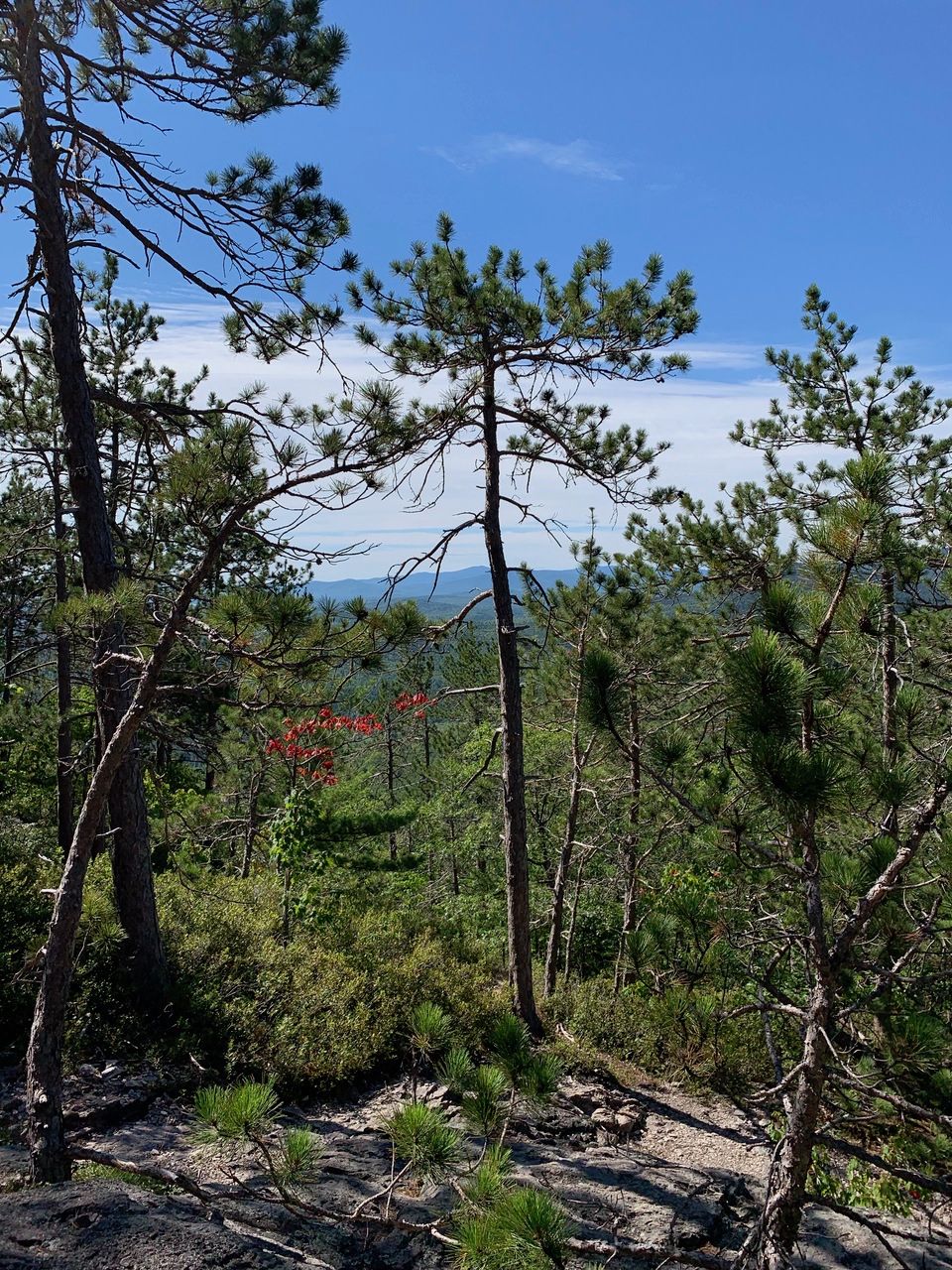 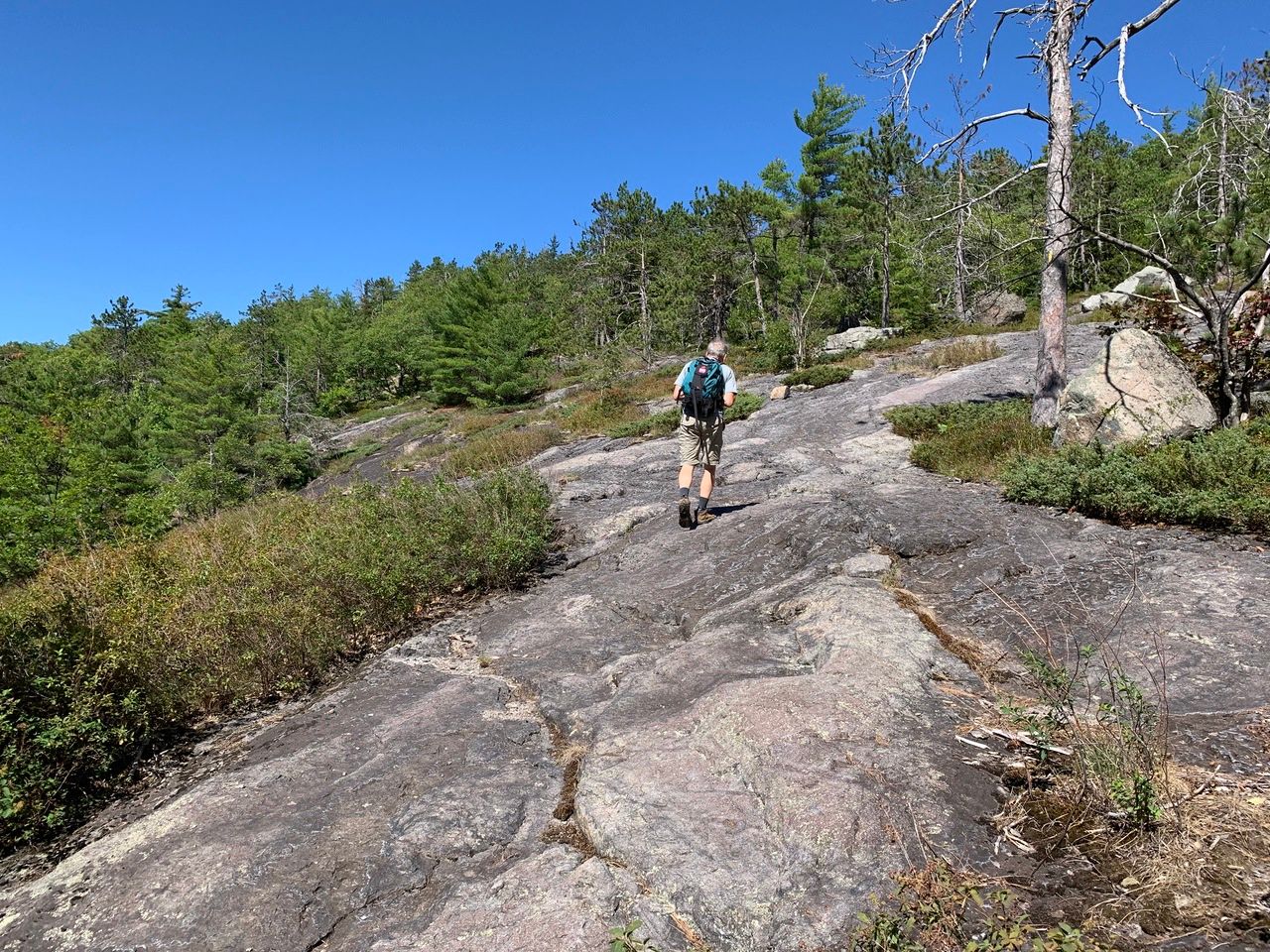 Chocorua – the double peak in the background in the middle of the picture. 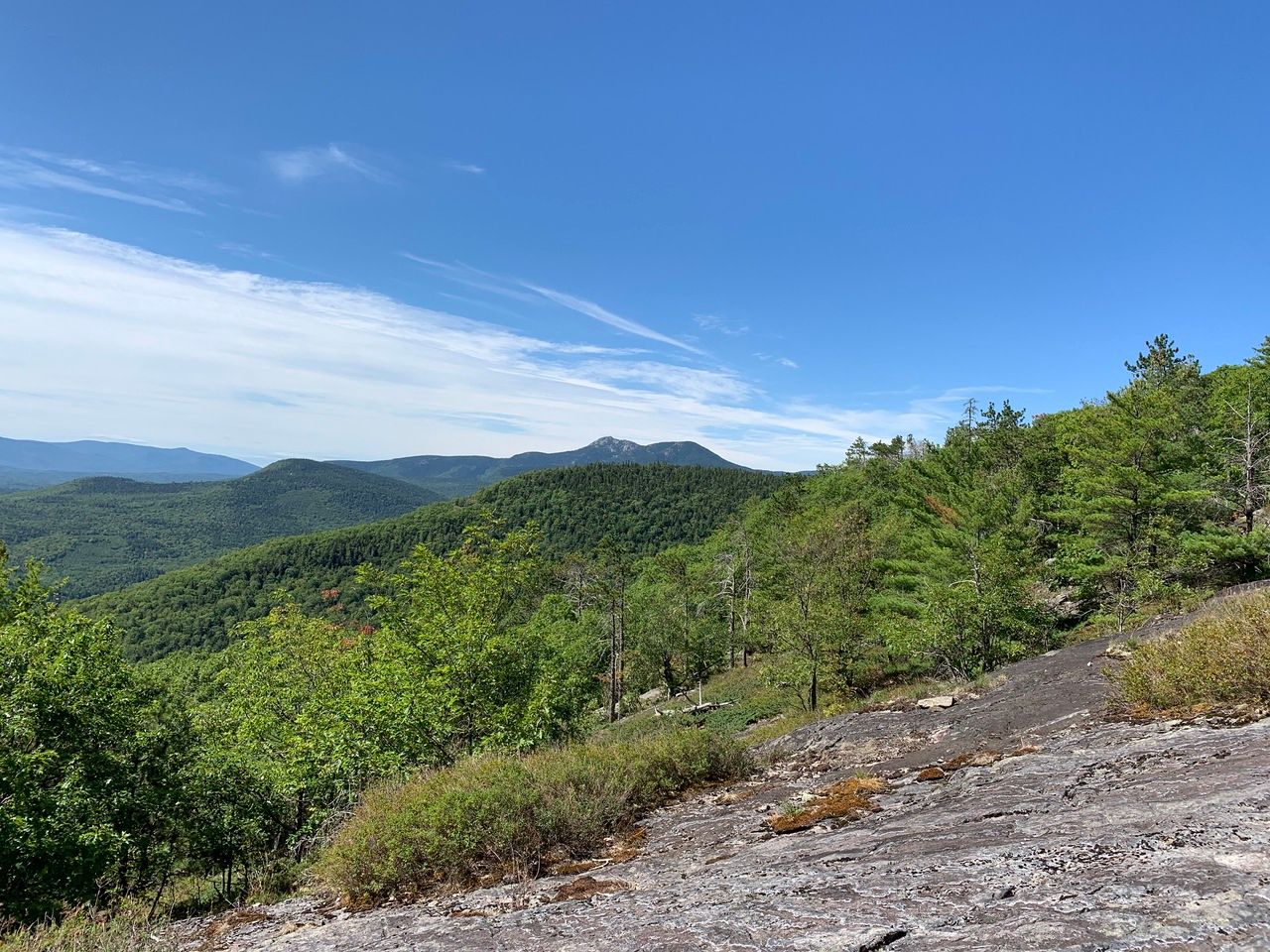 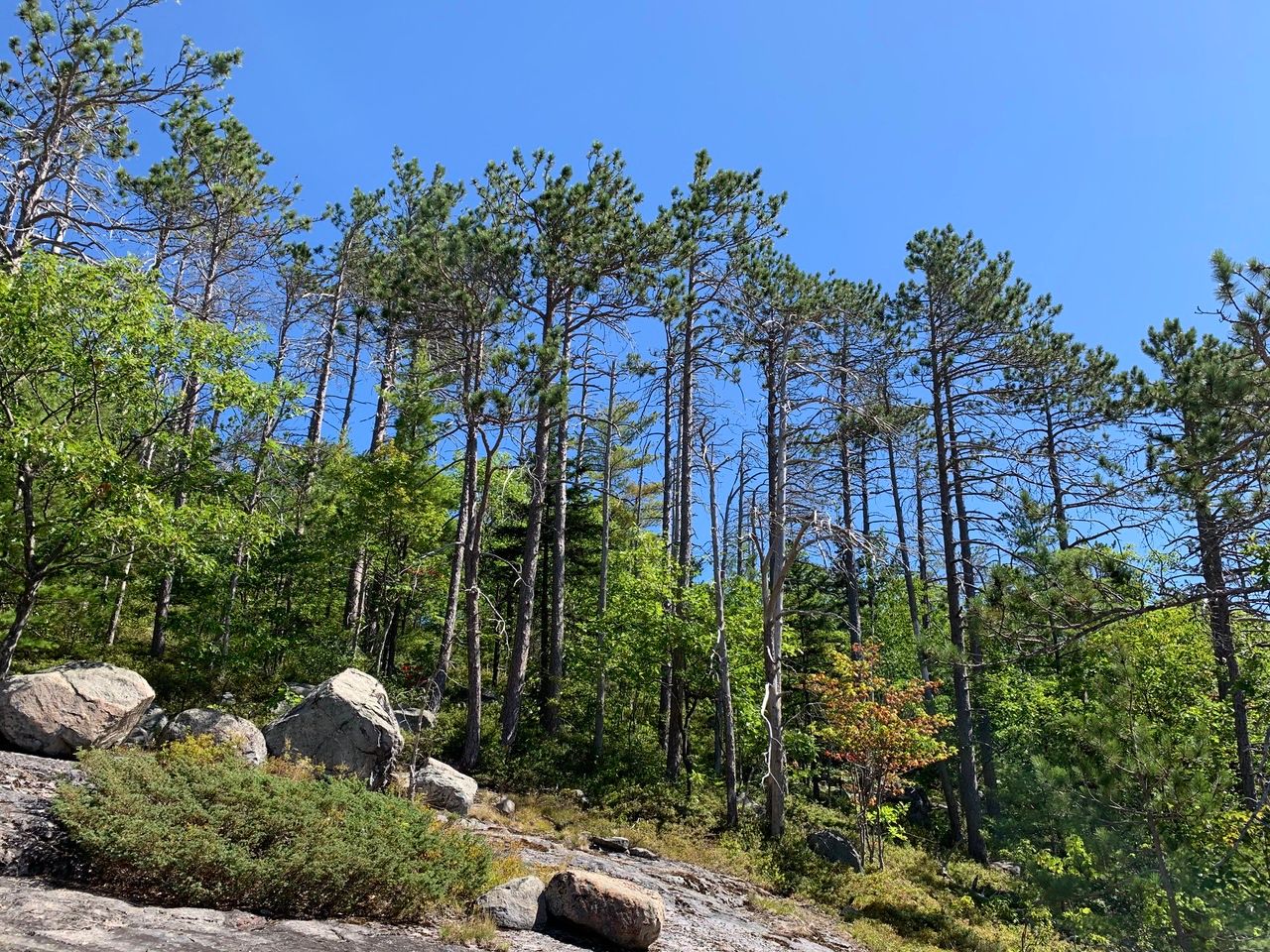 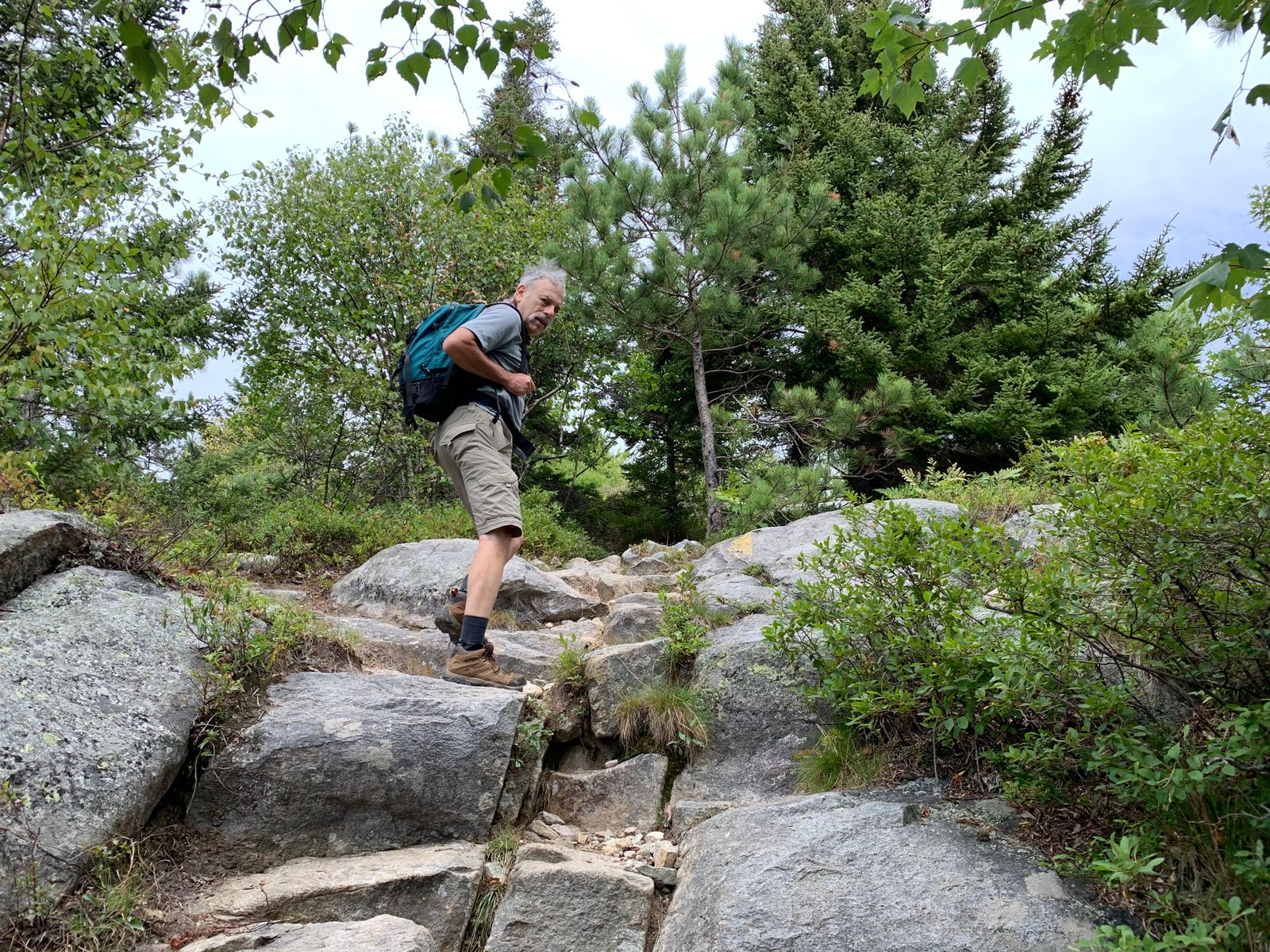 From South Moat, looking north, you can see Middle Moat, North Moat. Mt. Washington is dead center on the horizon along with most of the presidential range. Wildcat and Carter Dome are a bit to the right of, and just a little closer than, Washington. 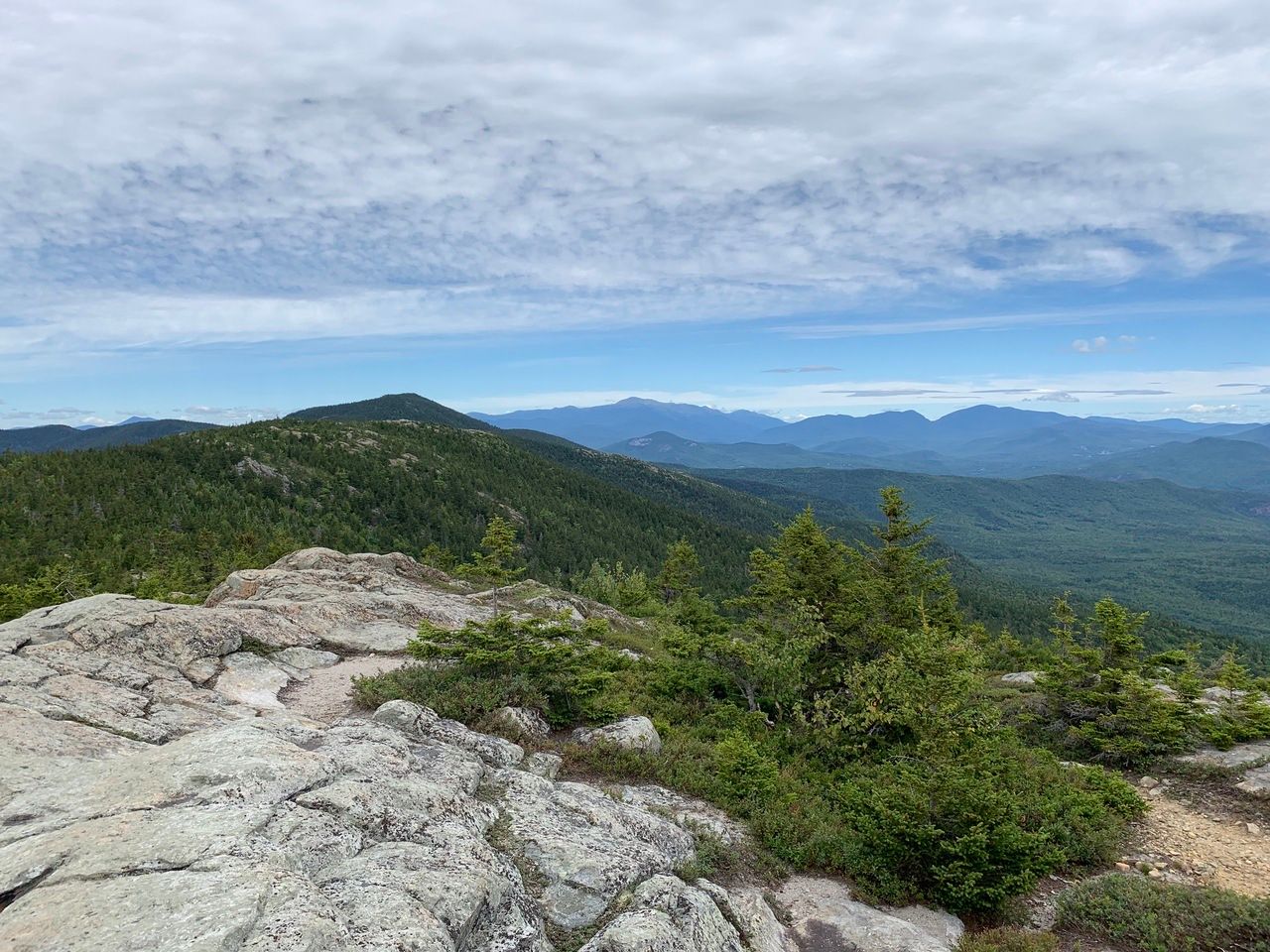 The summit was wide open, with lots of ledge to hang out on and enjoy the 360 degree view. 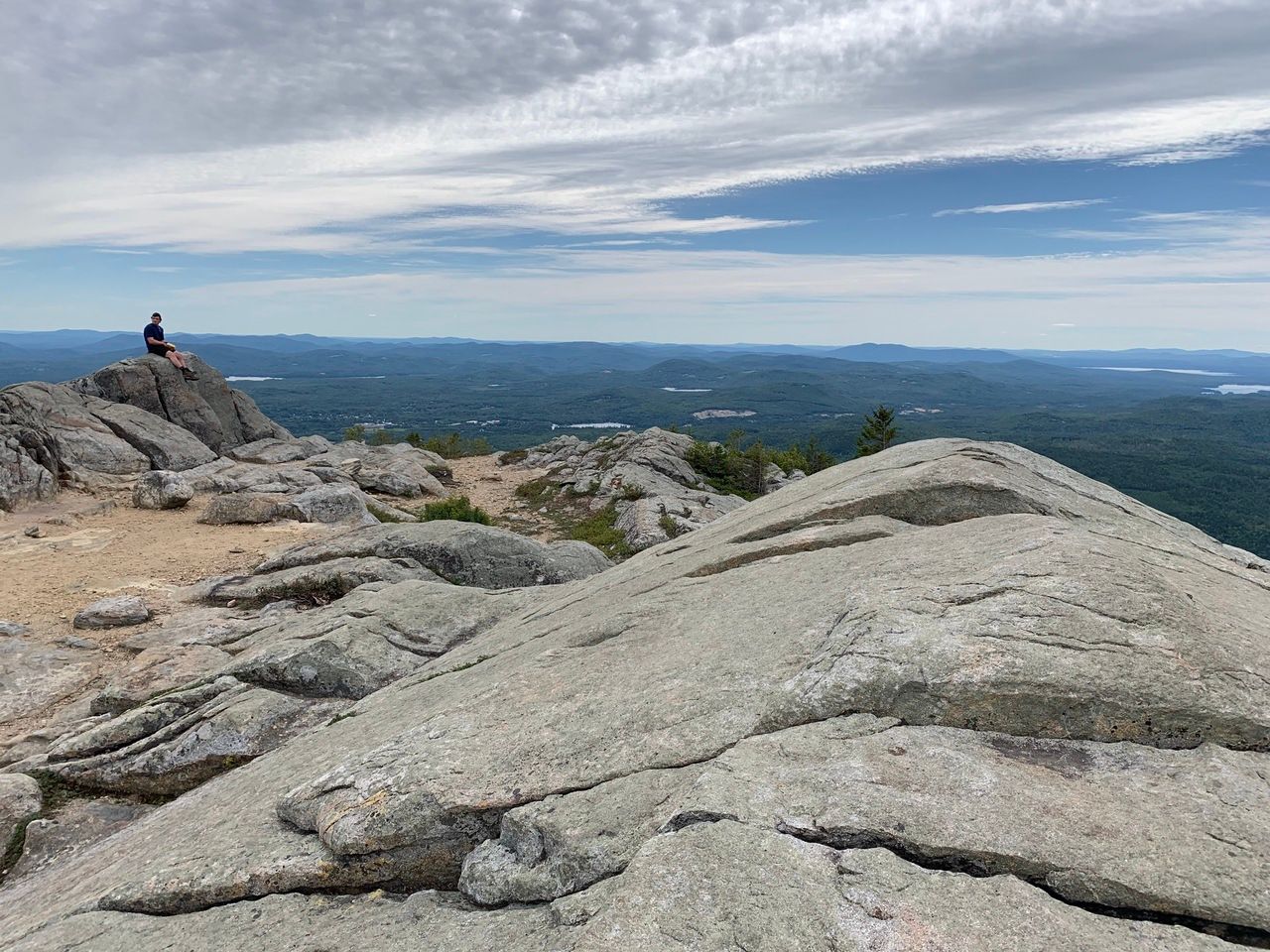 Looking south/southwest, Chocorua and other peaks. 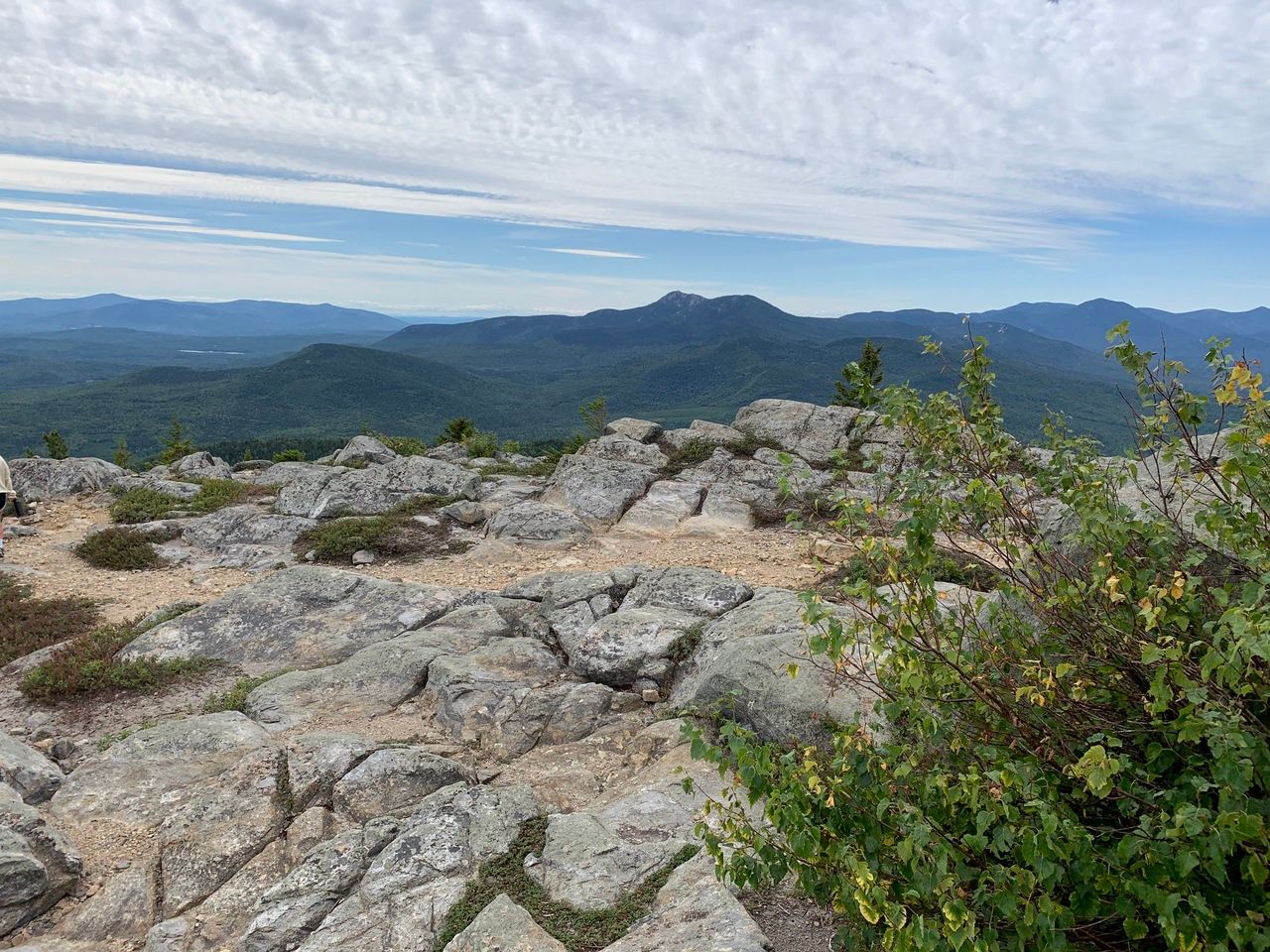 Yep, we do hike together. 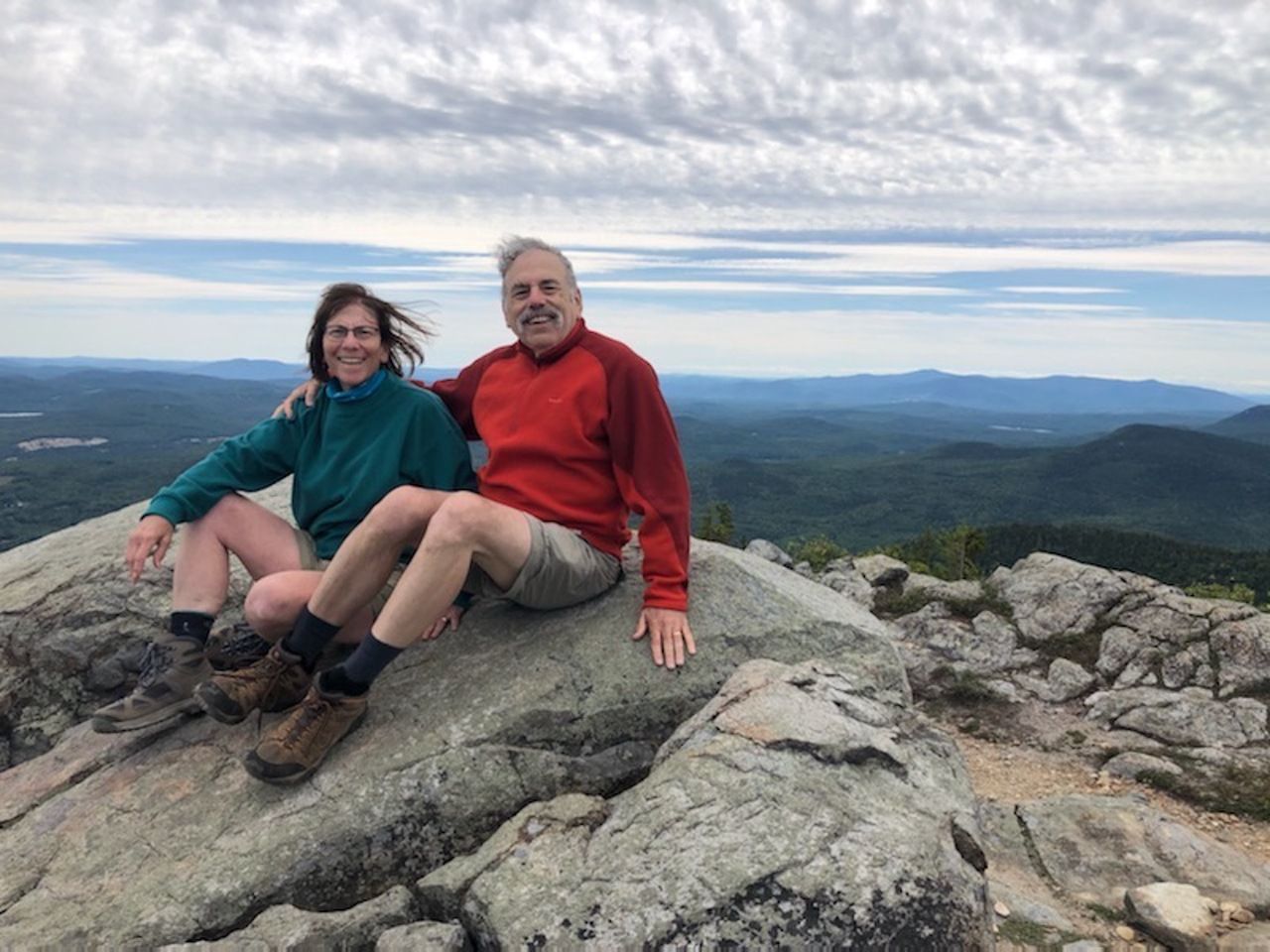 Our total hike time was 5 hours, which included stops for views and a leisurely lunch on top. It was about 2 1/2 hours up and less than 2 hours down. 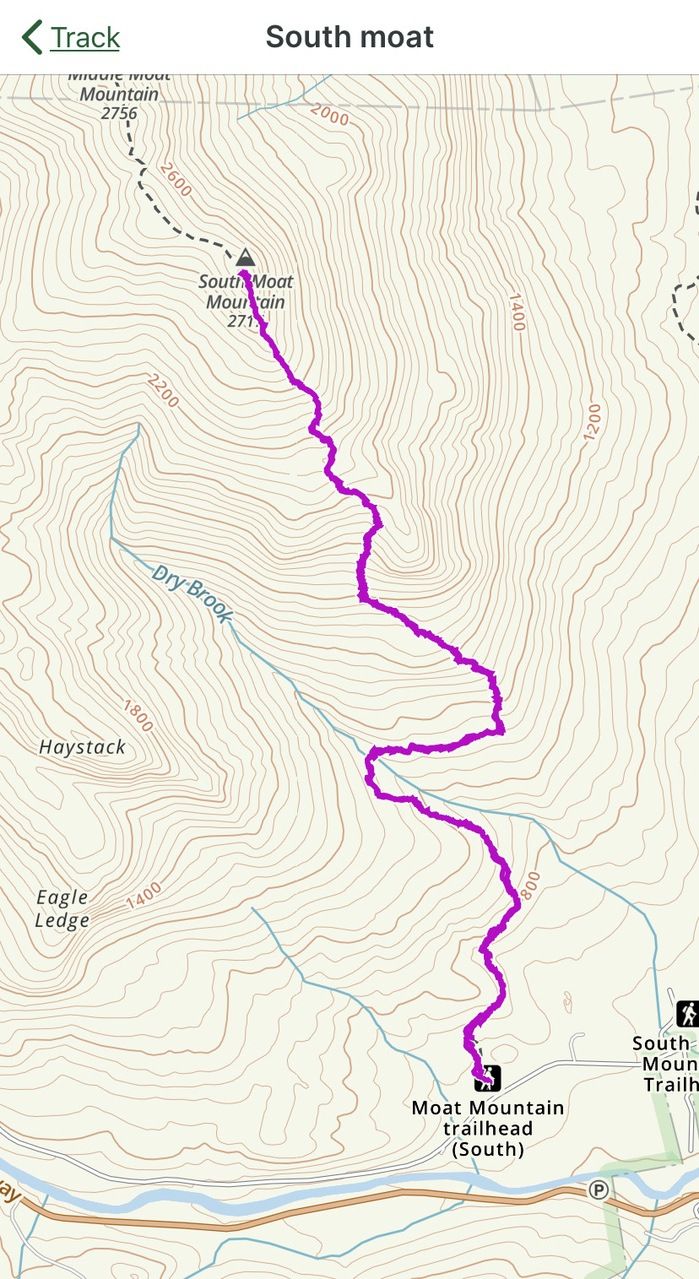 Published by Eileen and Larry Samberg on August 28th, 2020