Between US 302 and the eastern end of the Kanc behind Attitash Ski Area there are a number of smallish mountains including Big Attitash (the ski area is on Little Attitash) the Moat Range, Table Mountain, and Bear Mountain. Two of the Moats are on the NH 52 With a View list, but Table Mountain is not. But it should be, so we hiked up Table Mountain (we last hiked it in 2011, before we began blogging). This is a relatively easy hike, about 2 miles each way and not very steep rising only 1350 feet.
Note: 27 June 2020, Table Mountain is now on the list!
The Attitash Trail starts on the east side of Bear Notch Road about 3 miles south of the intersection with US 302 in Bartlett. The parking is somewhat limited (probably can fit 4 or 5 cars). 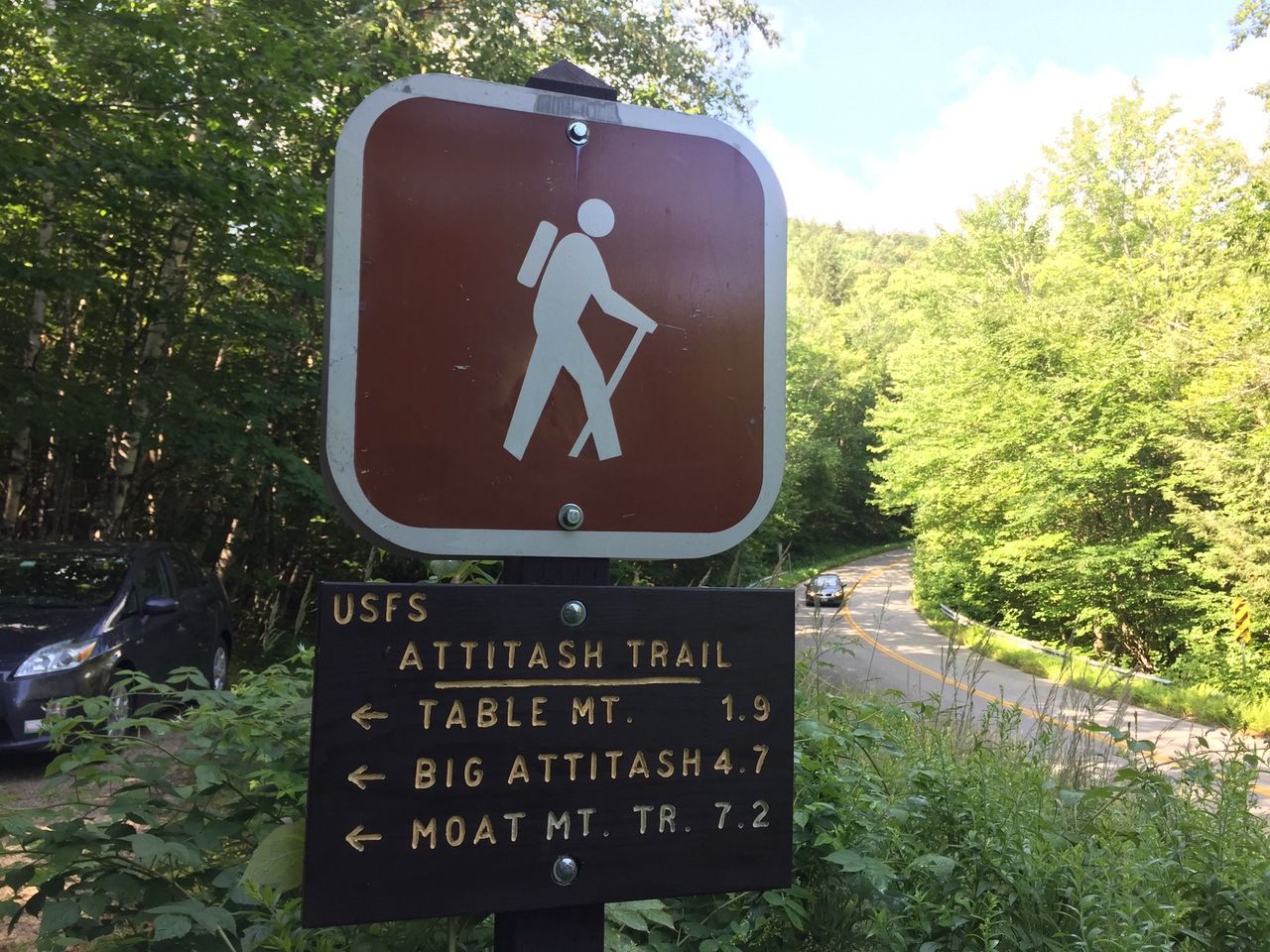 The first 0.6 miles are at a very mild grade running along Louisville Brook.There were a number of interesting plants on this hike including some orchids in damp areas along the trail such as this large-leaved bog orchid. 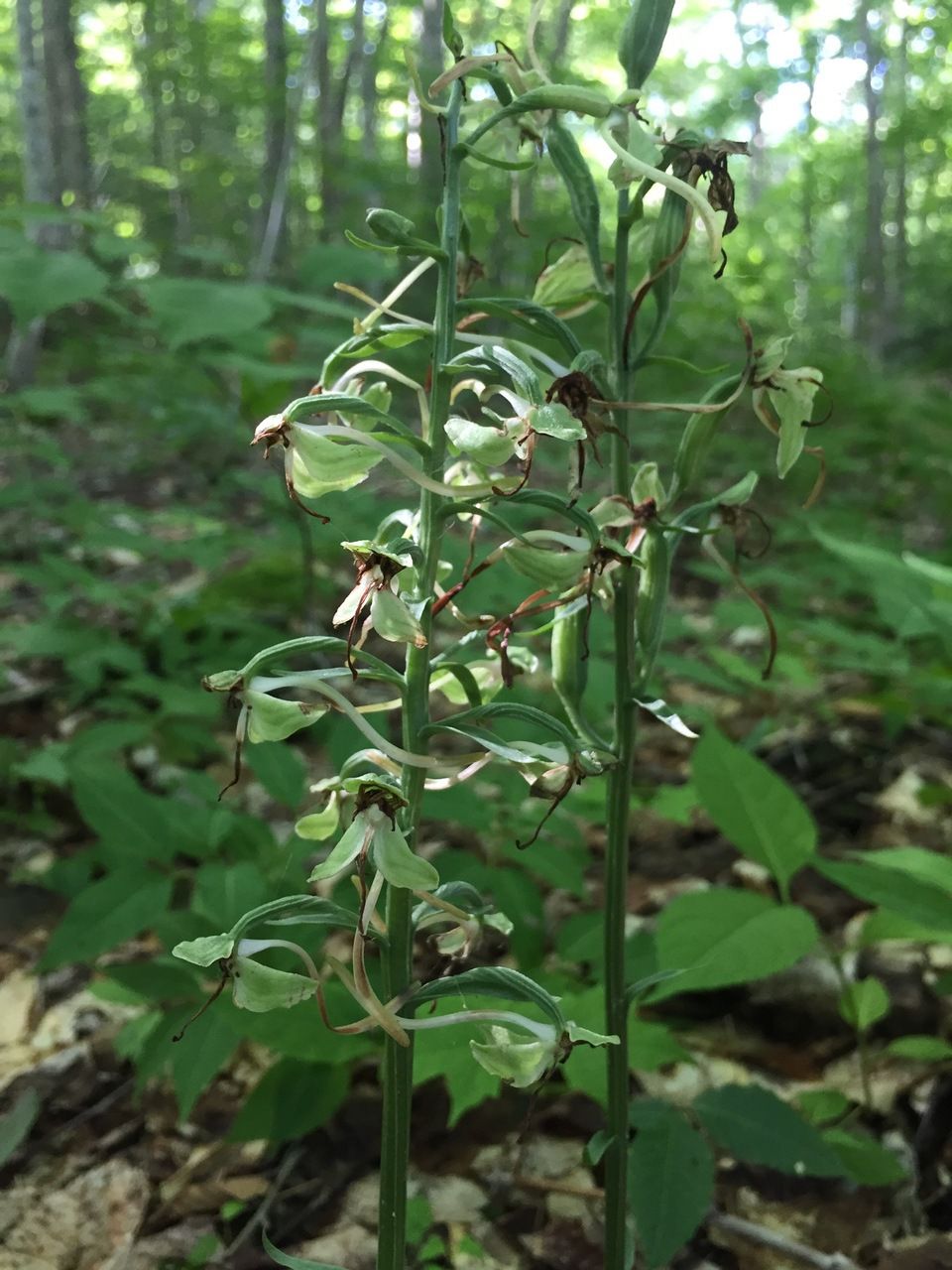 The brook was running and we passed a couple small cascades. 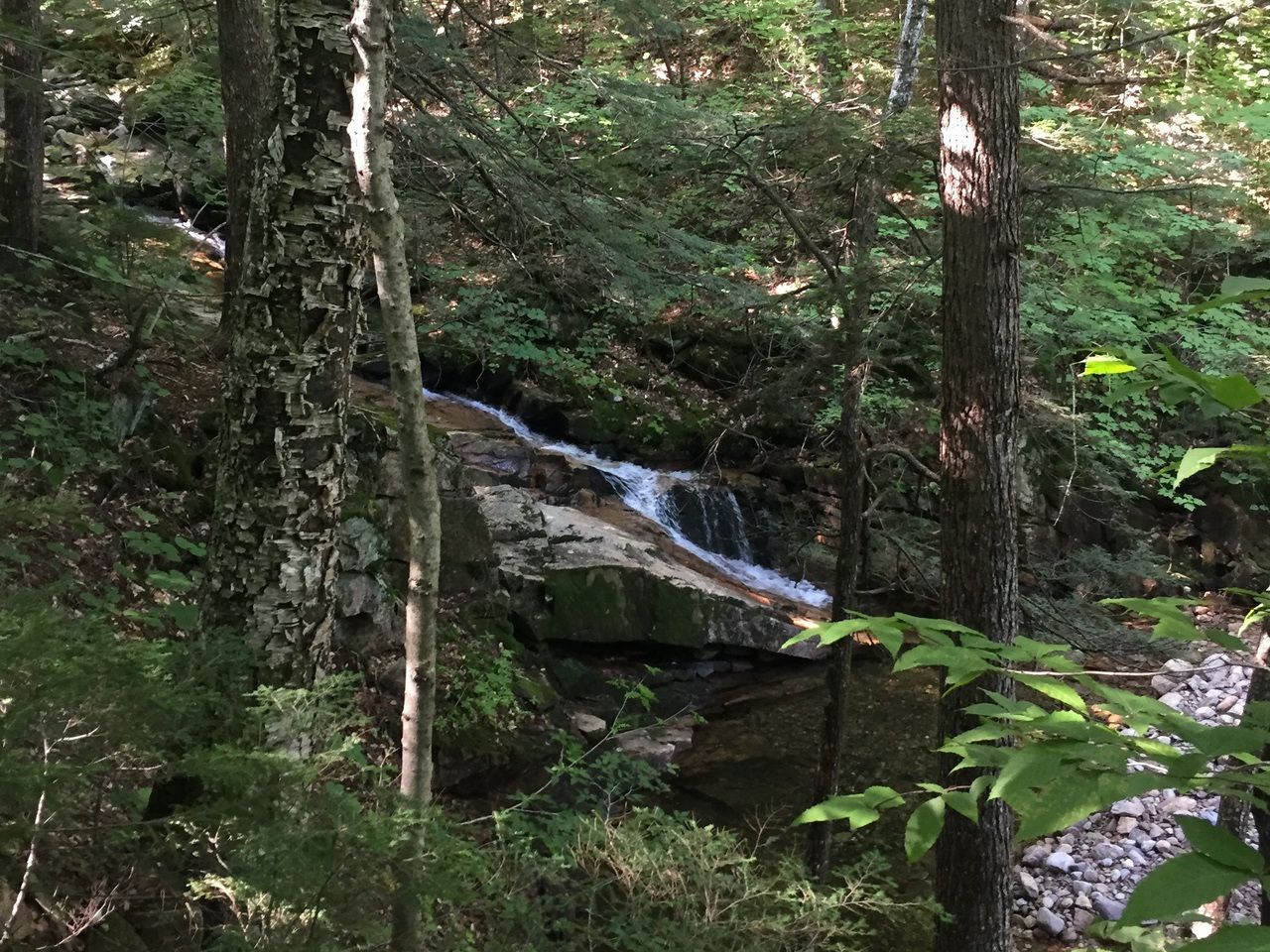 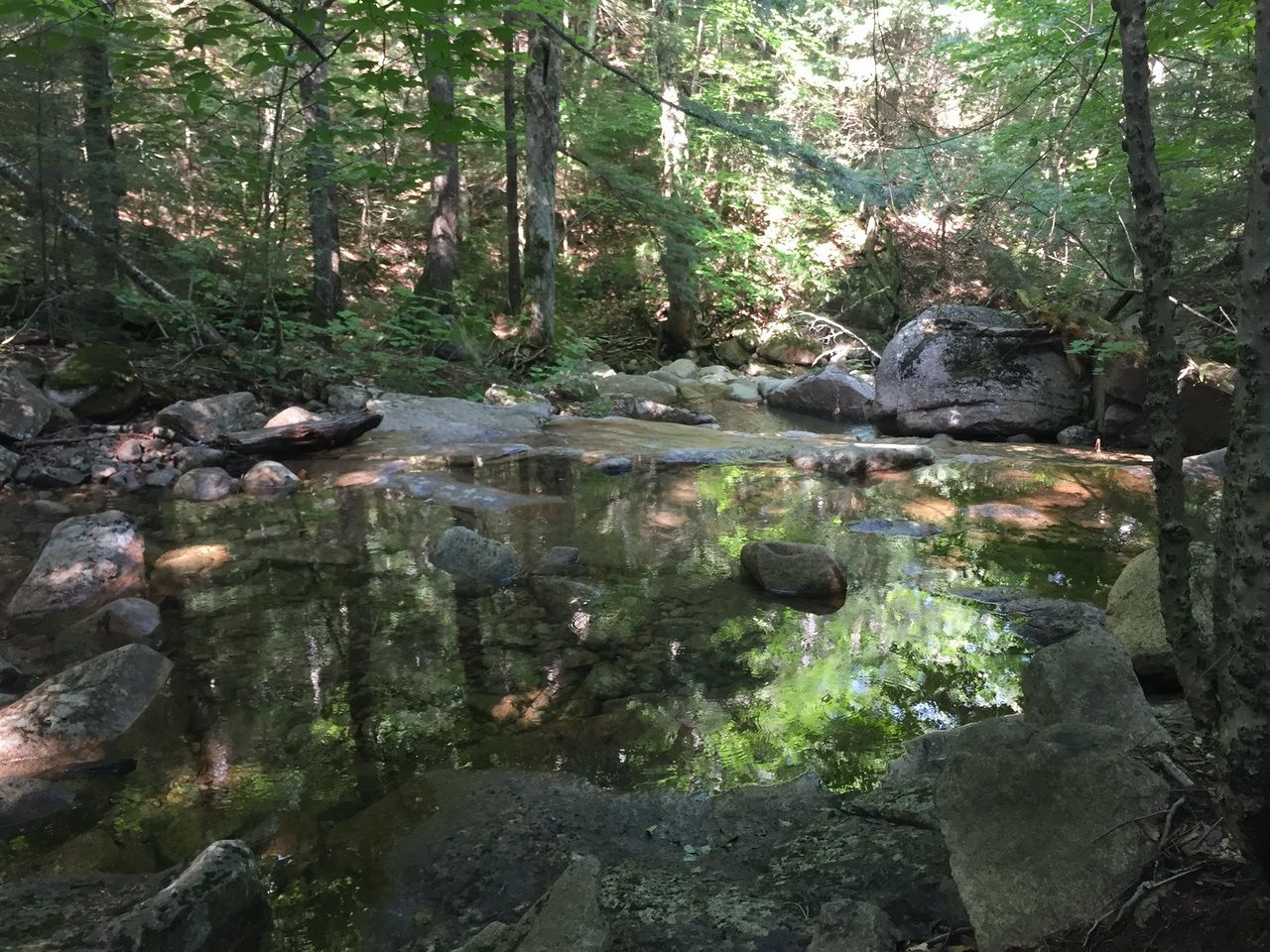 At .65 miles (elev. 1550 feet) we crossed the brook. The crossing was only about 3 or 4 feet wide and there were several rocks that made the crossing easy. 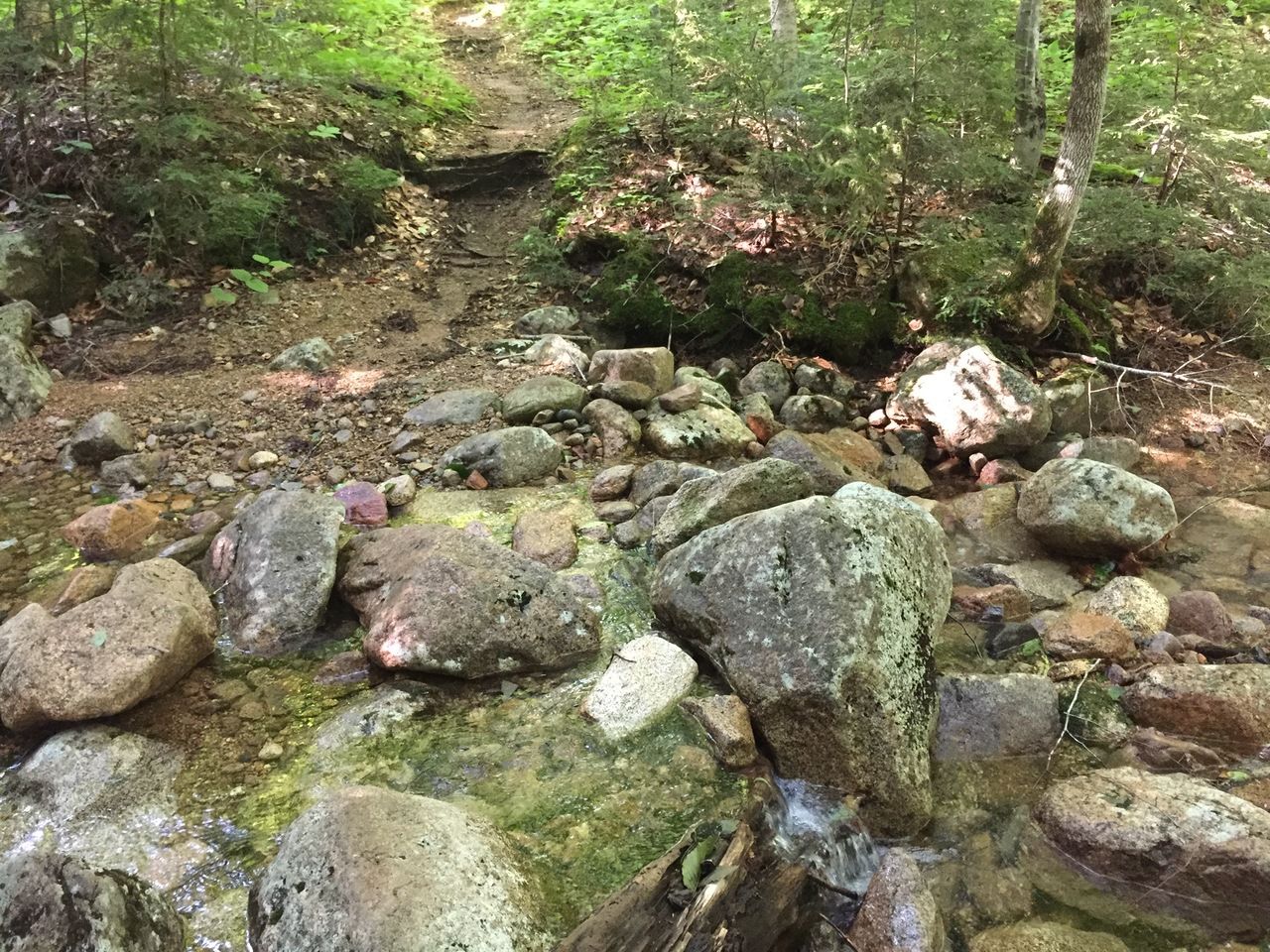 Shortly after crossing the brook, the trail left the brook turning about 45° left and started climbing a bit more. 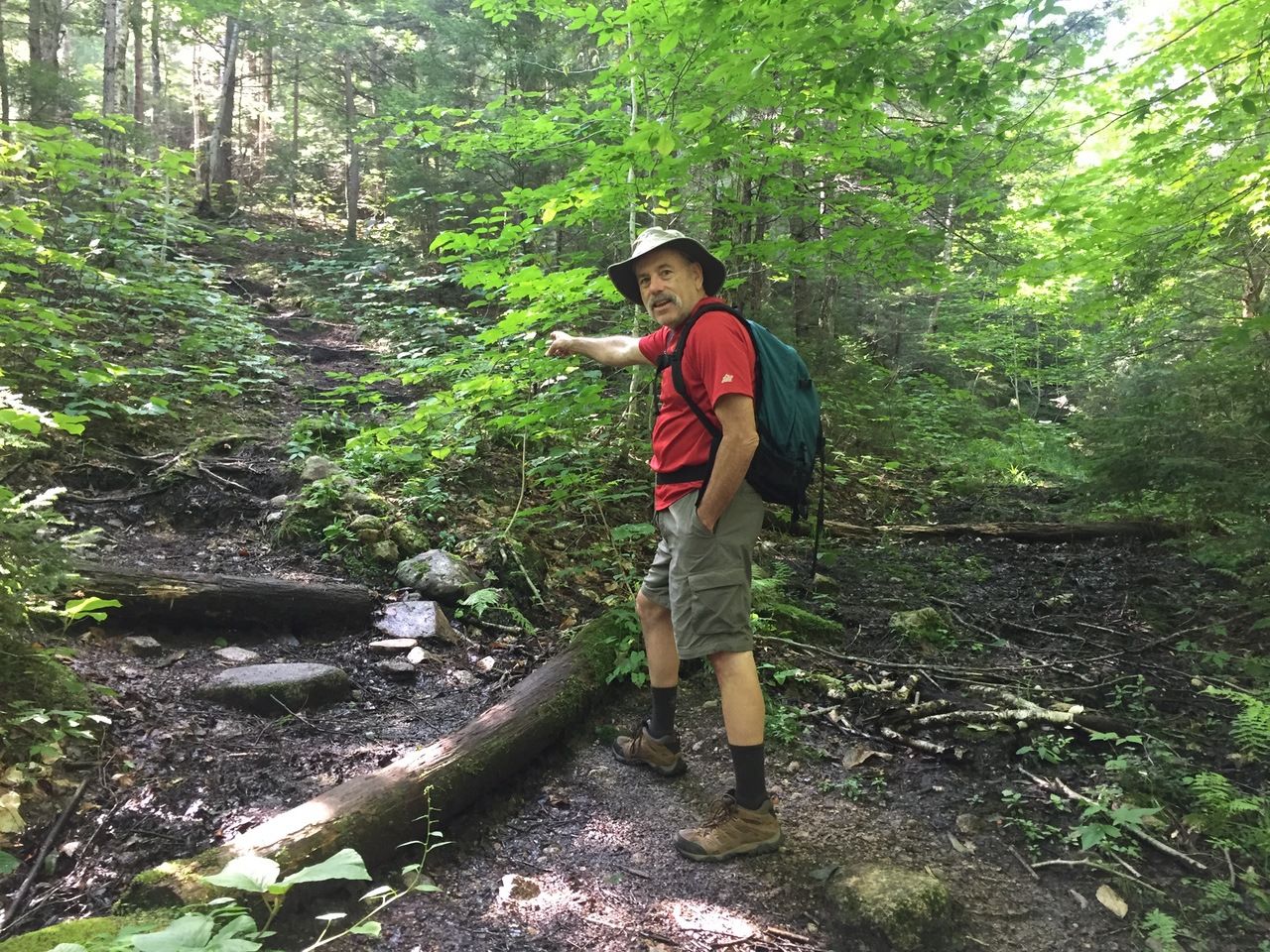 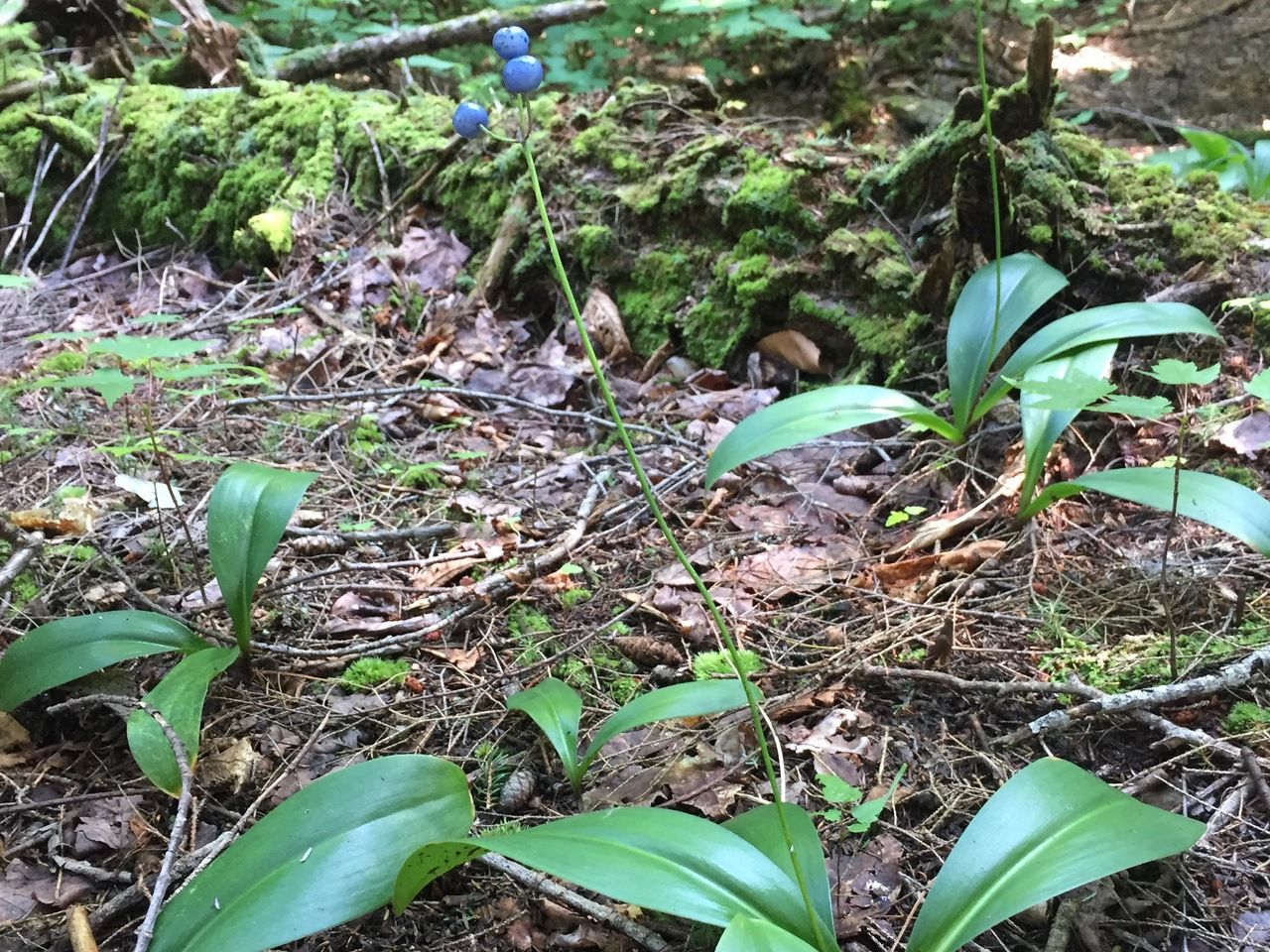 There were yellow blazes here and there (I think there were more on the way down than the way up). 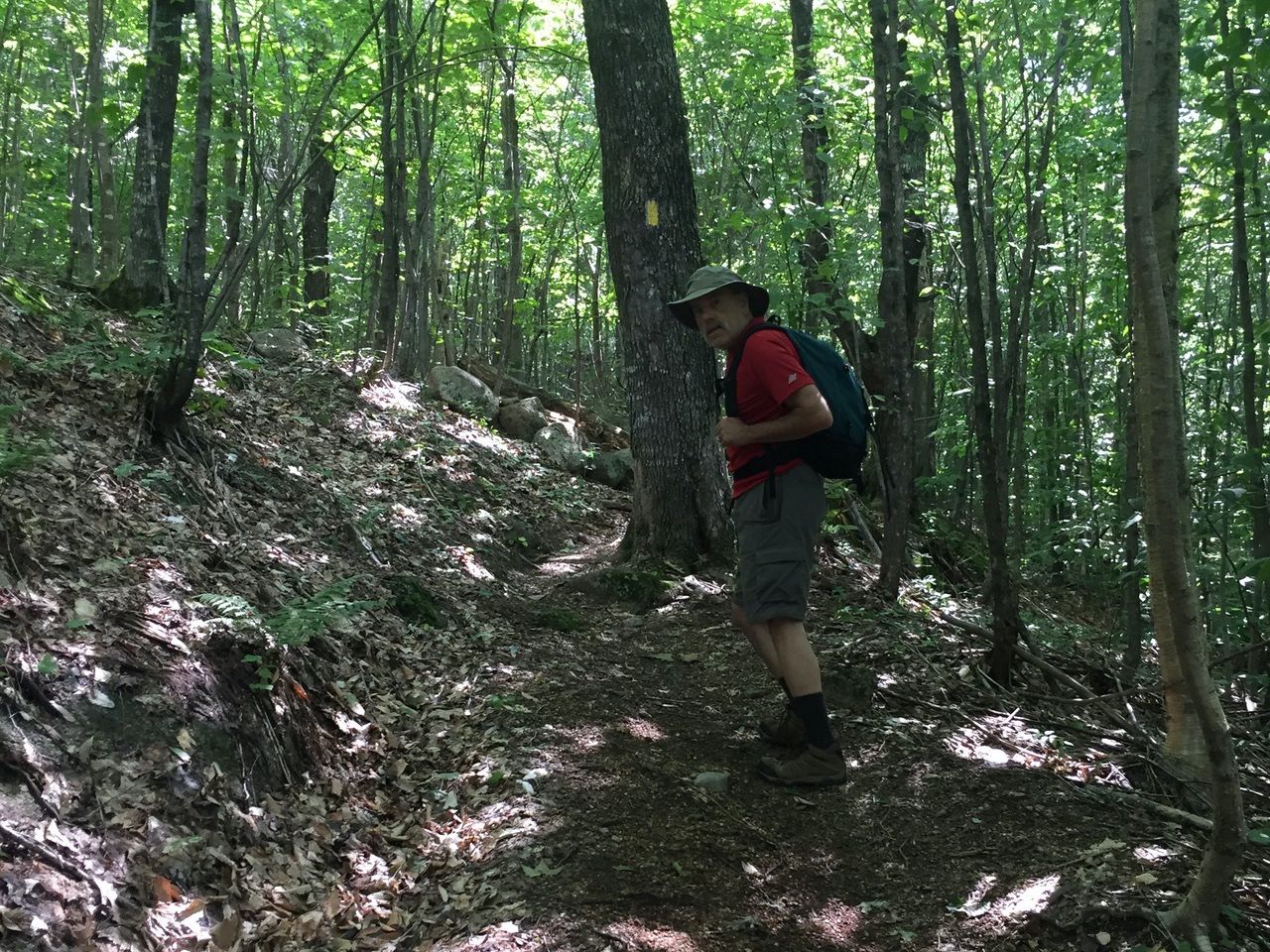 The summit of Table Mountain is not very interesting and there is no formal trail to the summit. The interesting views are from a couple granite ledges as you get near the top and then an overlook at the height of land on the trail. The first ledge is entered at 1.5 mile (elev. 2174 feet). The views are to the south towards Mt. Chocorua and Mt. Passaconaway. 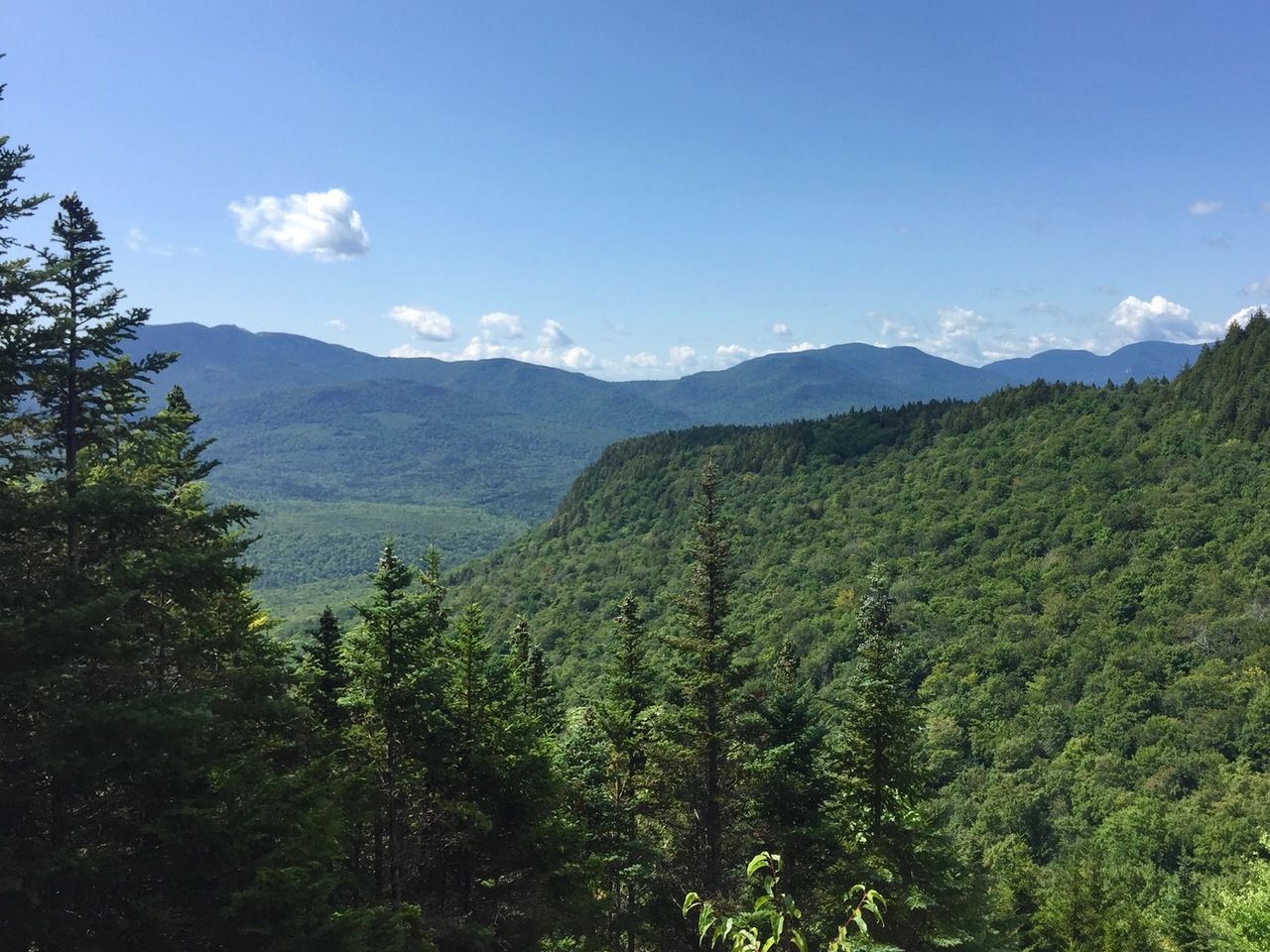 Up to this point the trail surface was very easy. After the ledges it got gravelly and a just a little trickier. 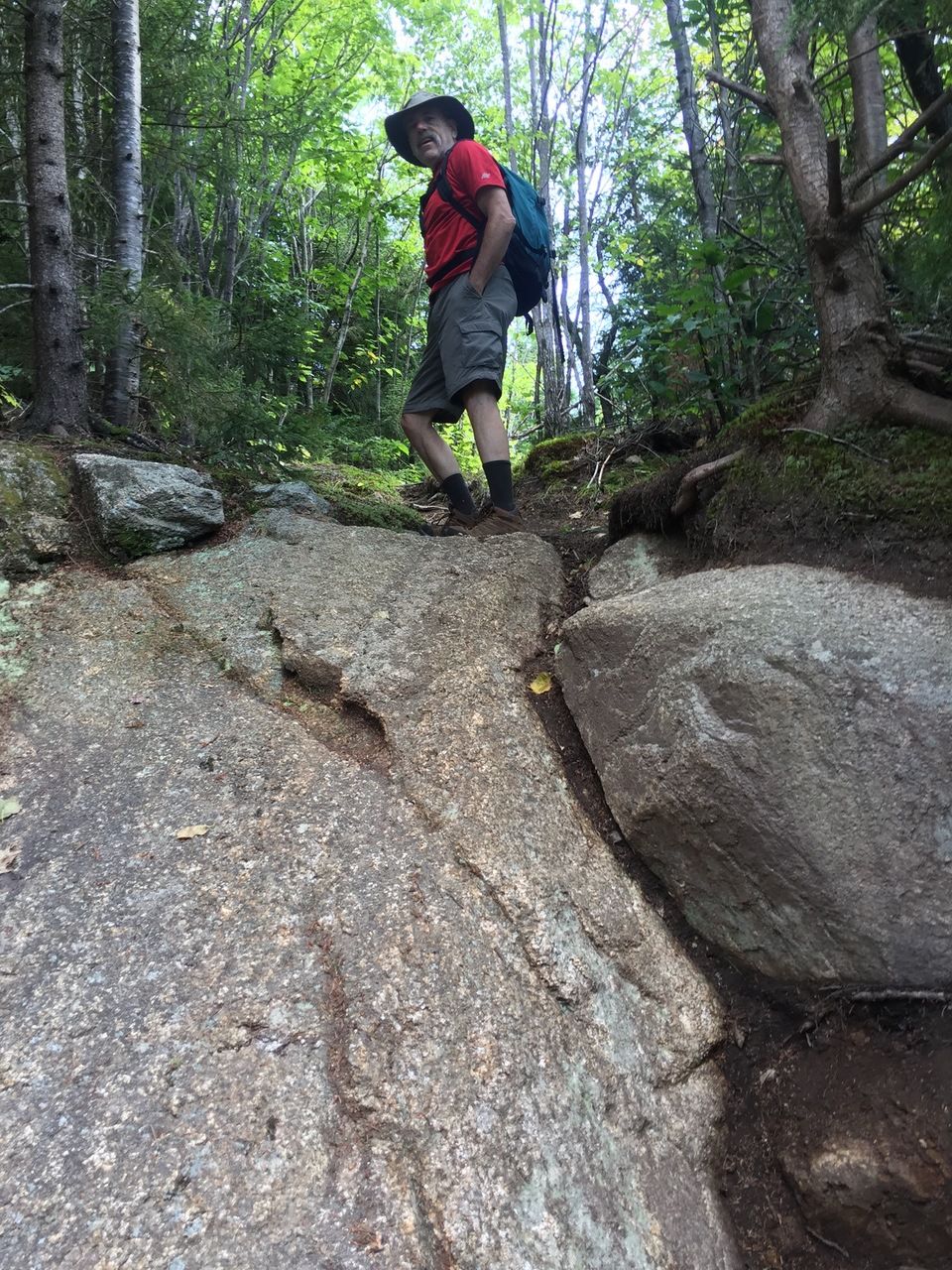 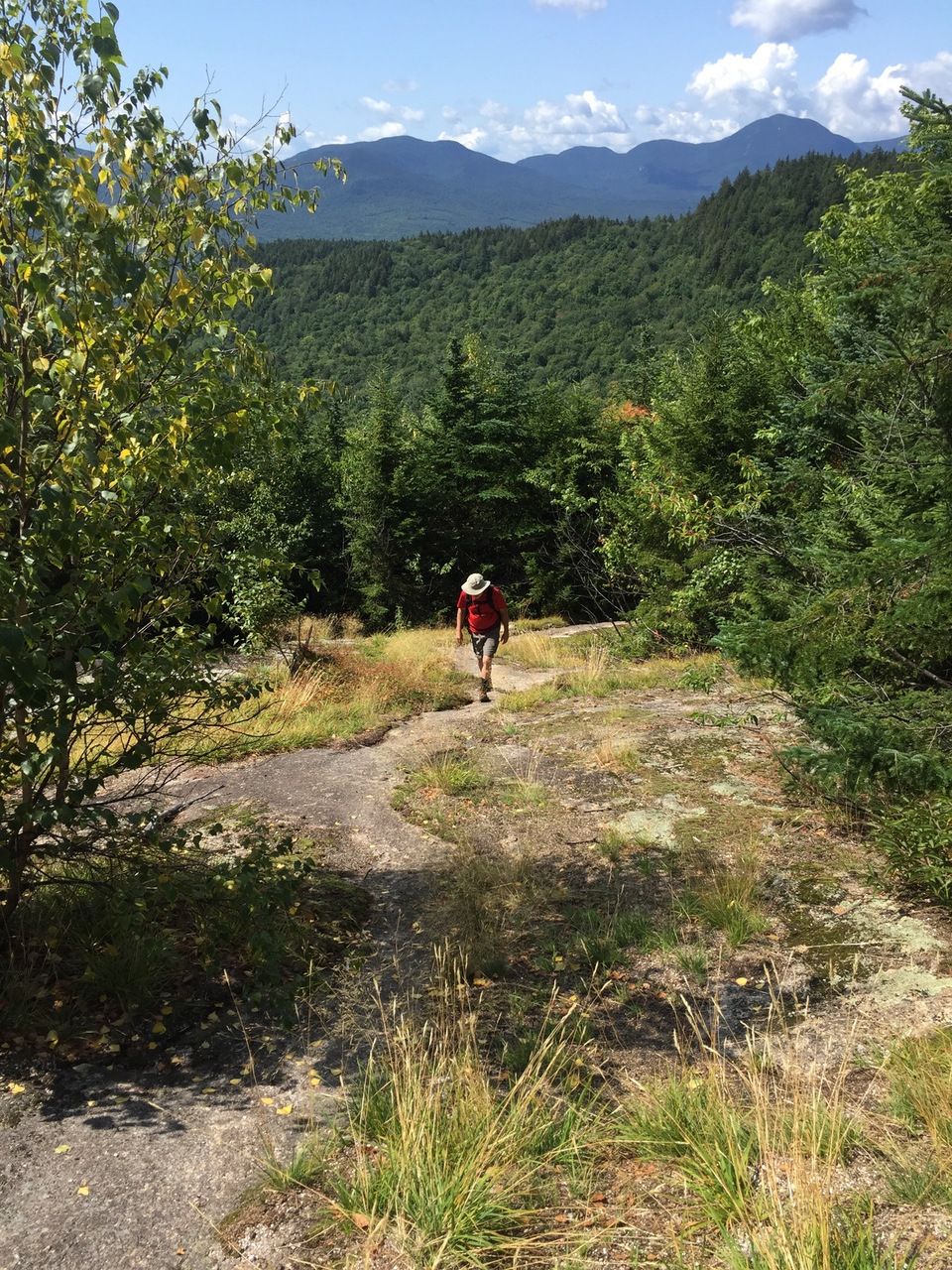 The second ledge was only about a tenth of a mile after the first and about 25 feet higher. But the view across the Kanc to Chocorua was better. 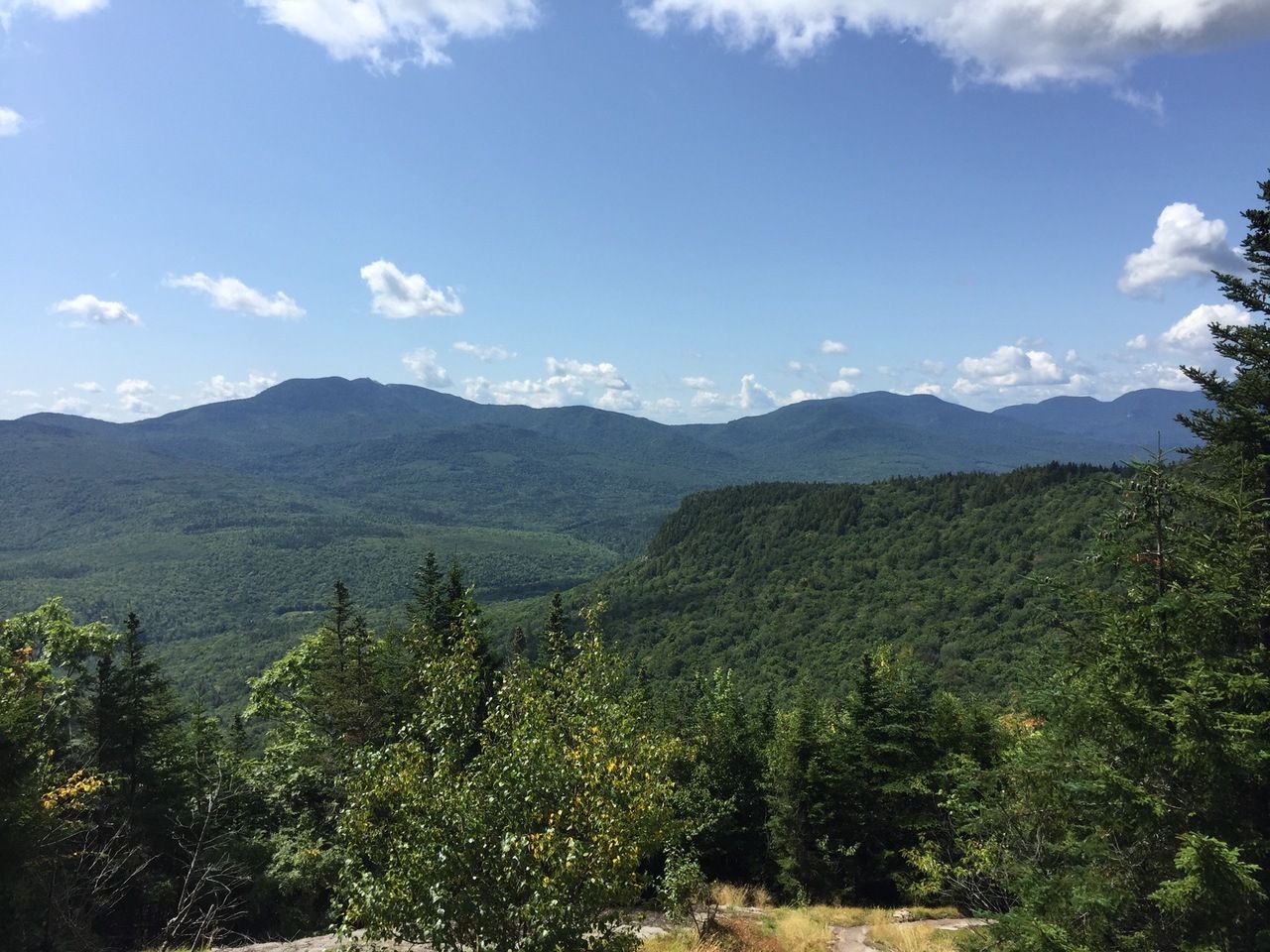 This chart is roughly the view in the picture above. 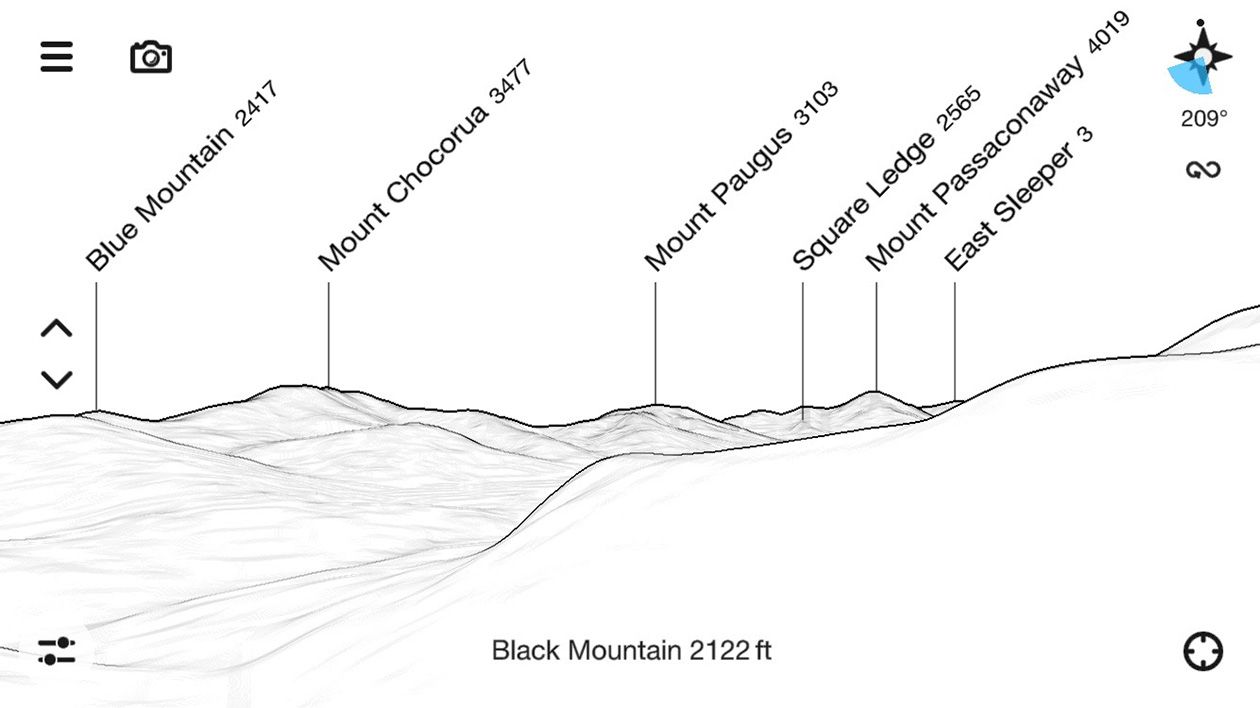 After one more small ledge around 1.75 miles, the height of land on the trail was reached at 1.9 miles (elev. 2610 feet). A perfect place for #samberging with Passaconaway in the background. 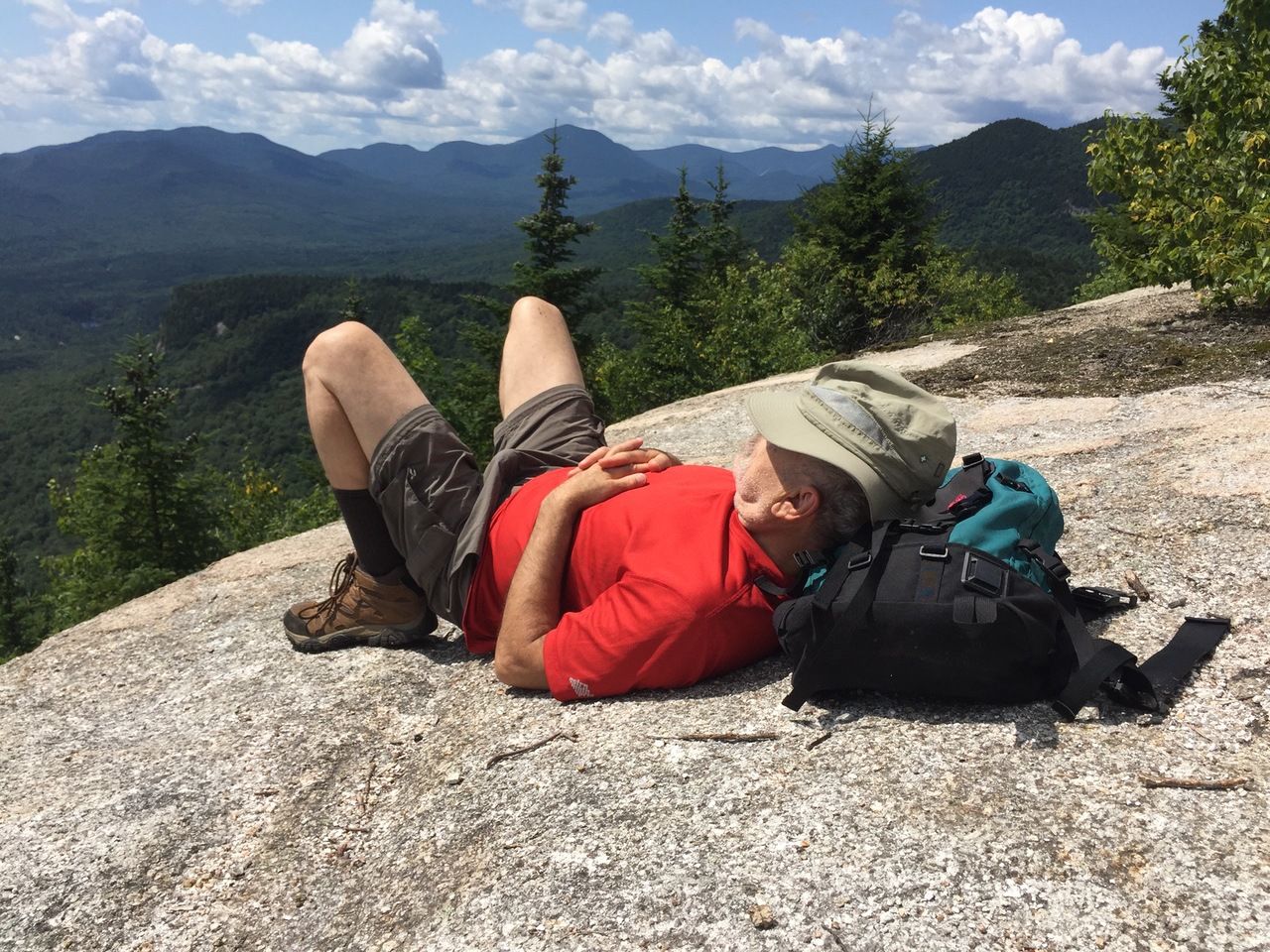 The Attitash trail continues past this to Big Attitash Mountain, but it is not heavily used and the condition of the trail isn’t as good. However Steve Smith recommends going another 0.15 miles to a place with two large rock steps on the right. 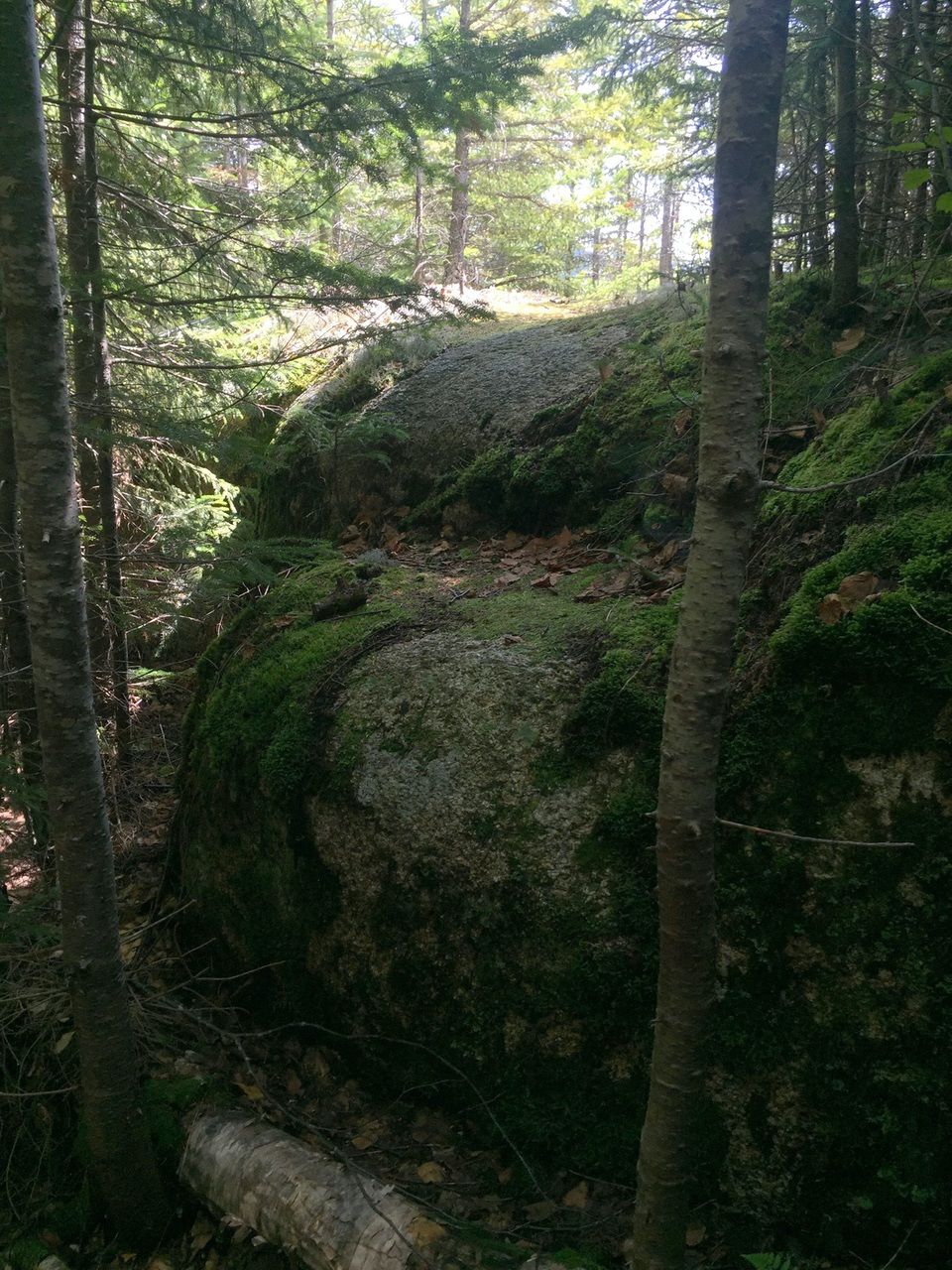 After climbing the rocks, the side trail leads to an overlook that faces east where Big Attitash, the western side of the Moat range, and even a bit of the Wildcat range and Carter Dome are visible. 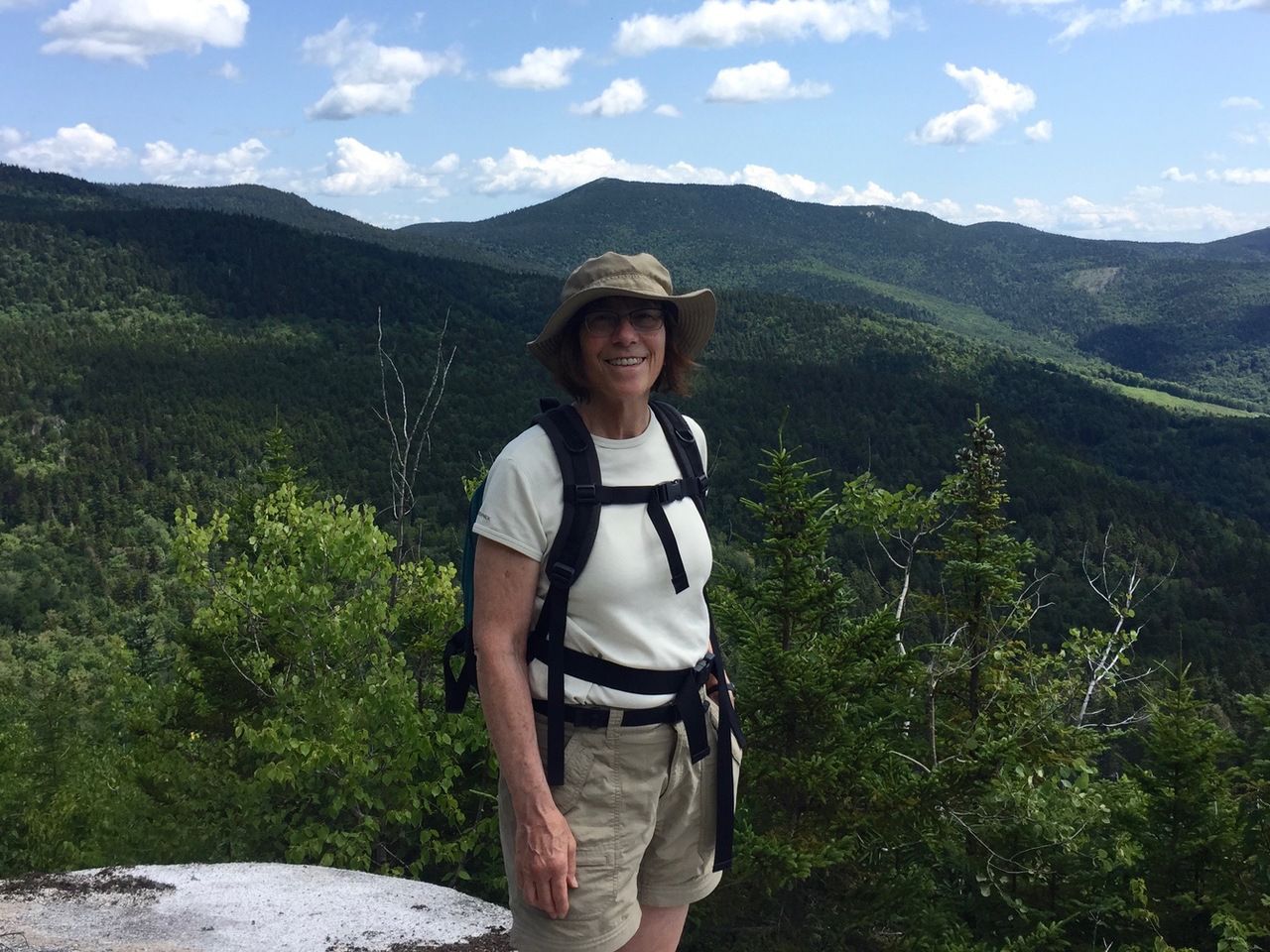 We didn’t measure the time it took us because we stopped to take a lot of flower pictures and sat on the ledges to admire the views. The book time in the White Mountain Guide is 1:40 and we were likely in that range. 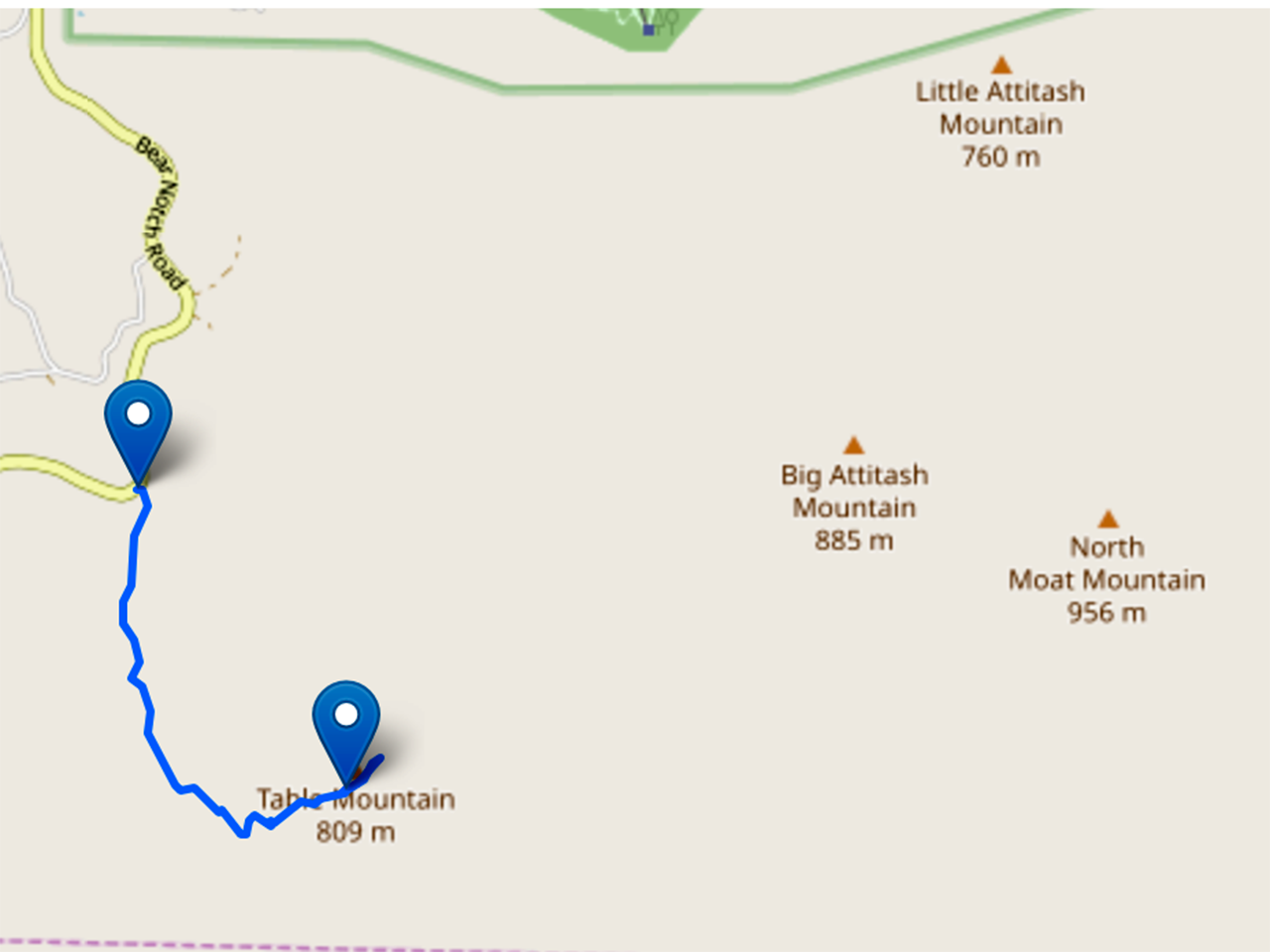 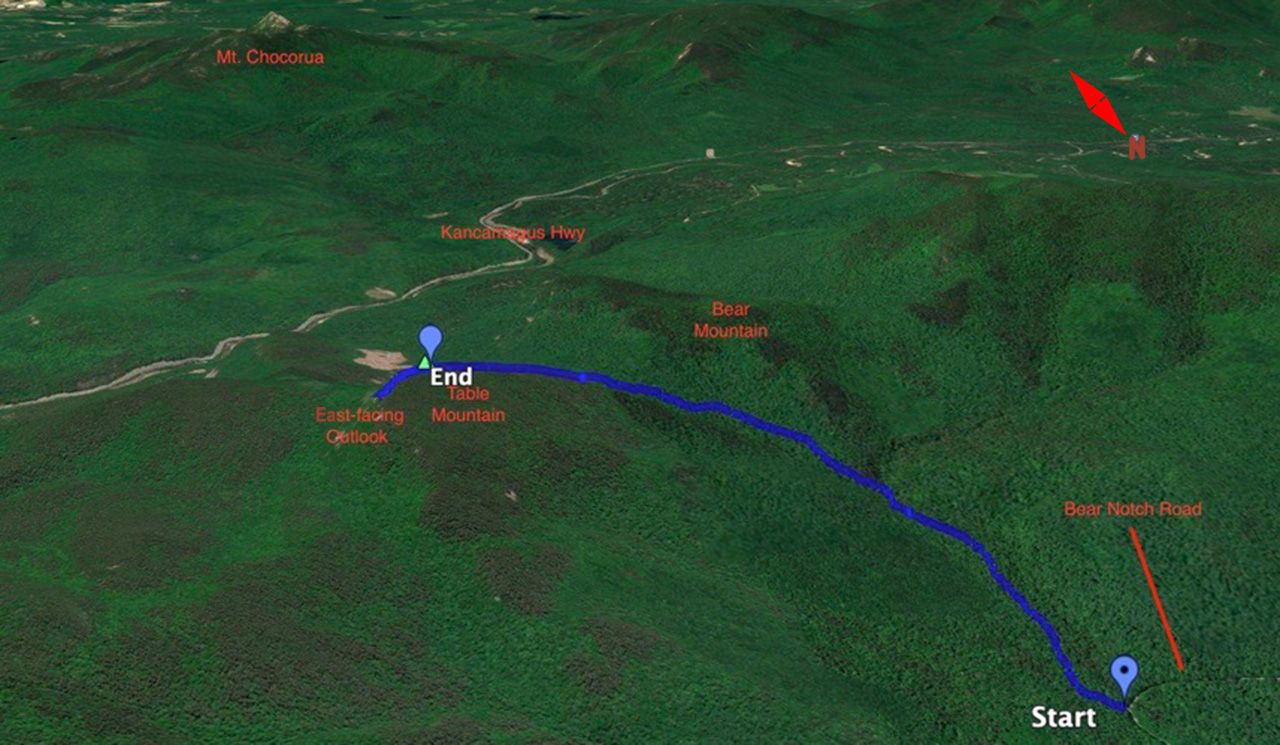 Published by Eileen and Larry Samberg on August 9th, 2019