We took a morning flight from Lima to Cusco, leaving about an hour late. When we got to Cusco, our luggage was sent ahead to our hotel and we boarded a bus for the day’s touring, with the day to end at our hotel in the Sacred Valley, Aranwa.
At 11,100 feet Cusco is the highest location of the trip (although on a road outside the city, we reached 12,500 feet before descending down into the Sacred Valley). 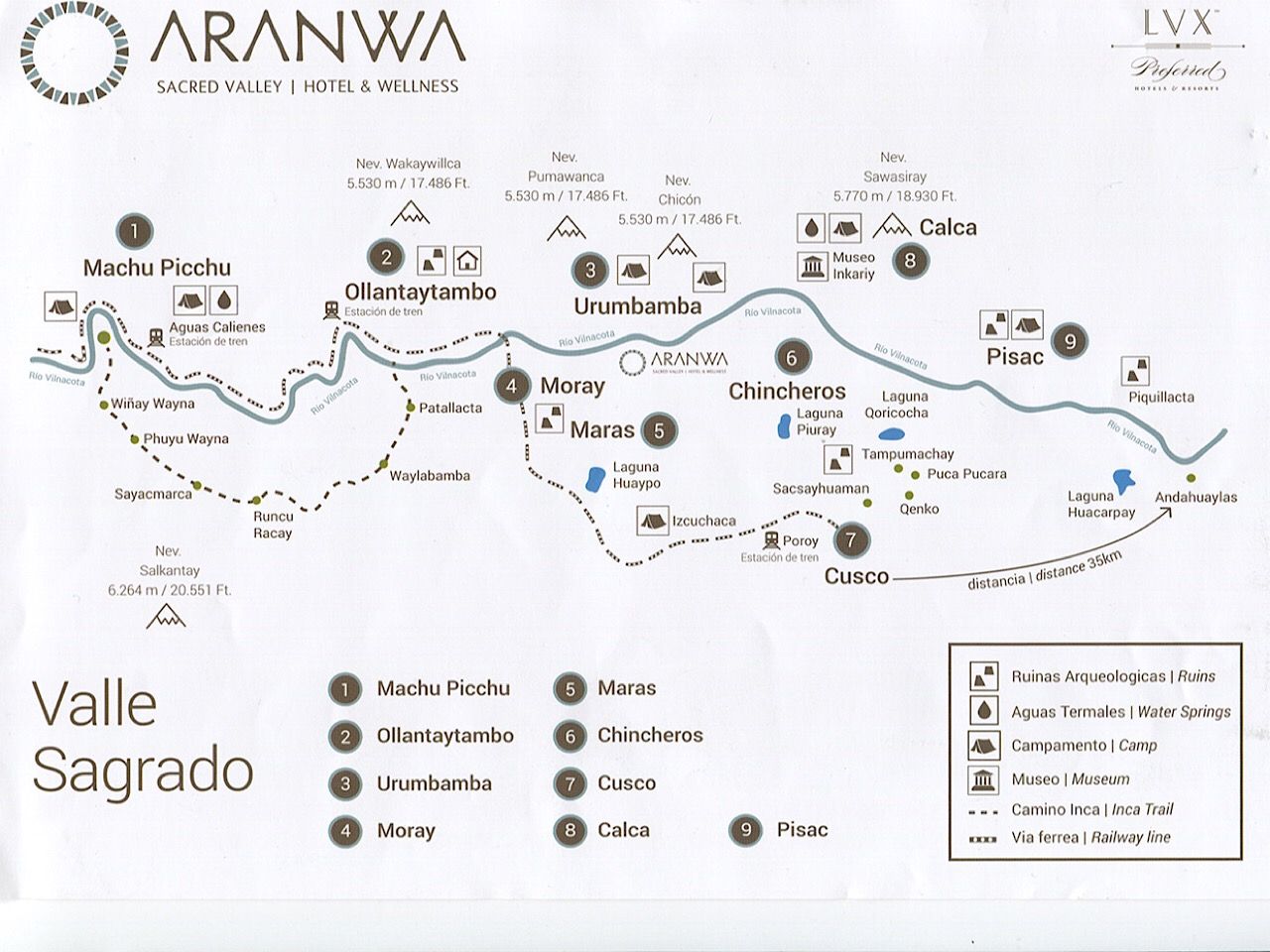 Our first stop was Sacsayhuaman (not very good pronunciation note: Sexy Woman), an incredible Incan ruin of a fortress near Cusco. Sacsayhuaman was built in the mid-1400s to protect Cusco, the Inca capital, as it commanded a wide view across Cusco and the valley below. 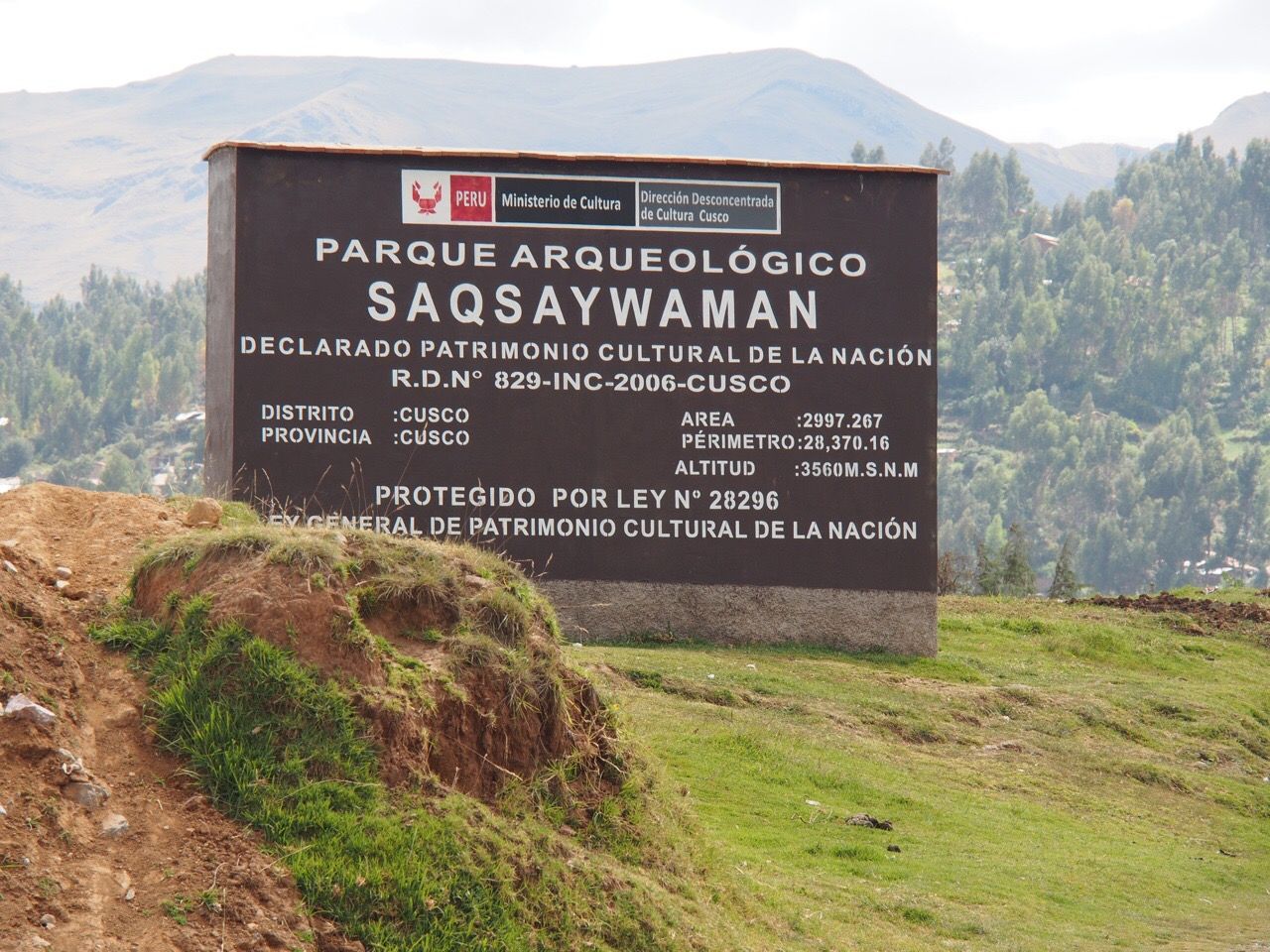 Okay, had to take one of these… 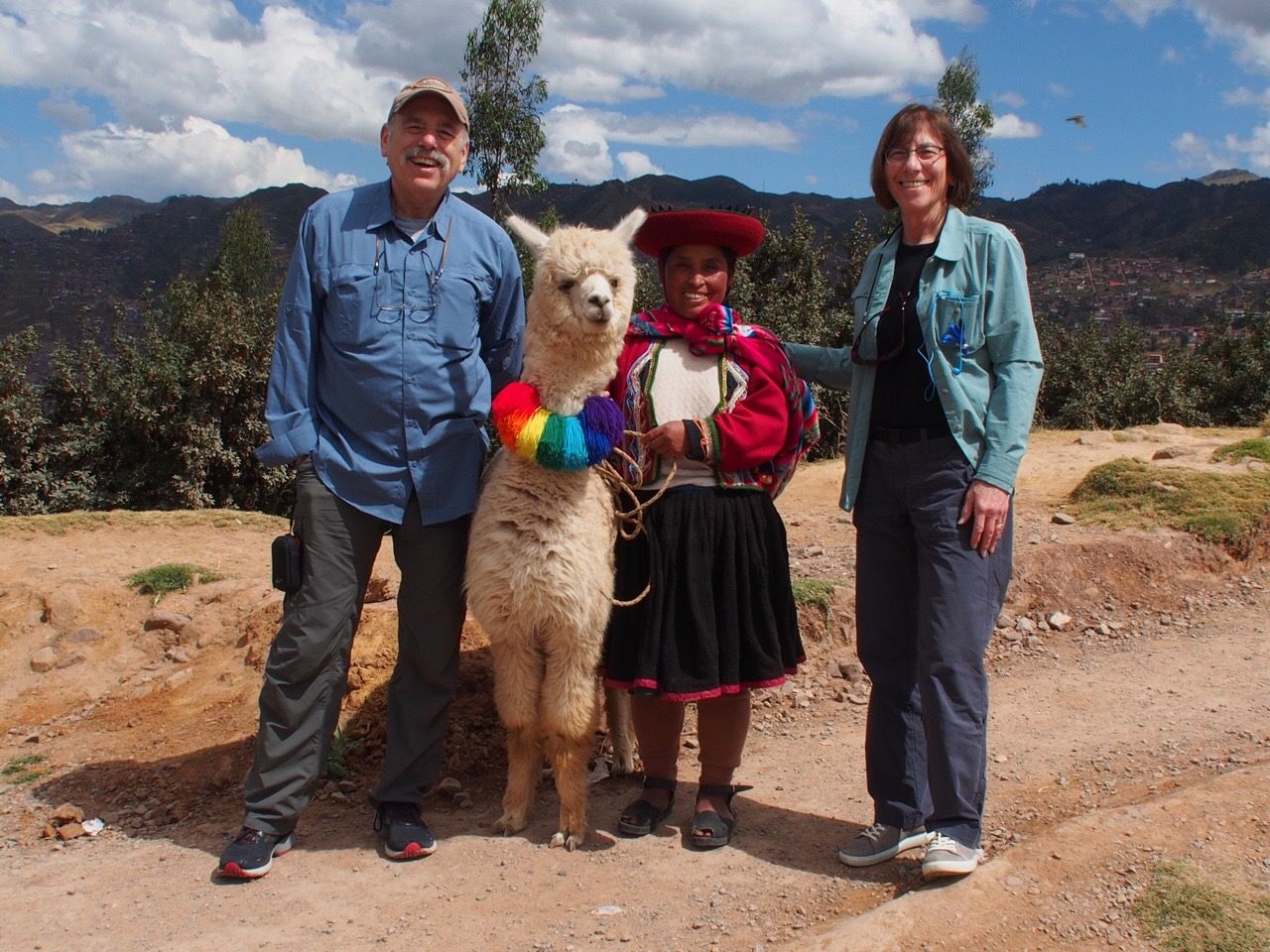 View of Cusco and Church of Santo Domingo. 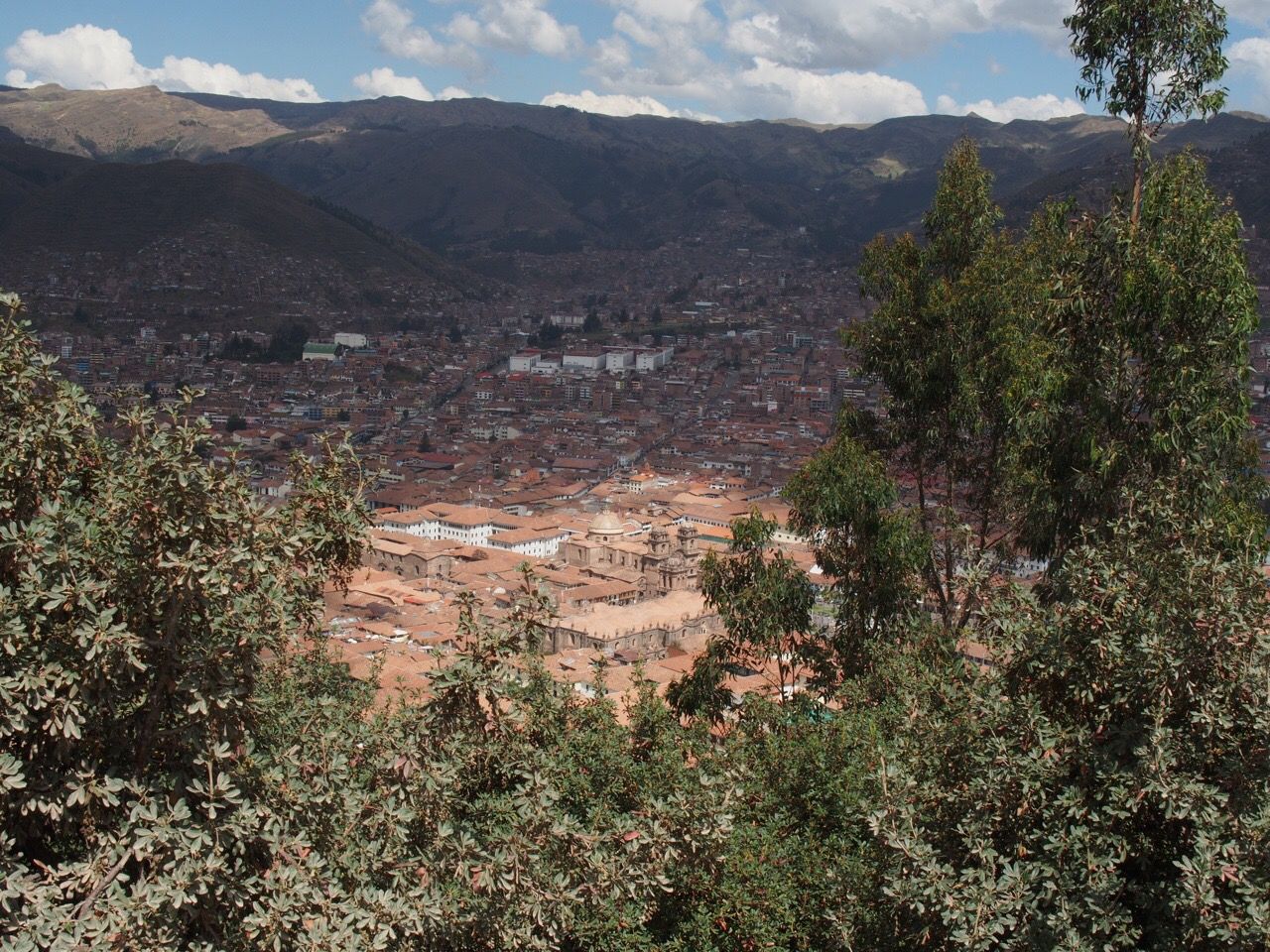 The inner city of Cusco was laid out in the shape of a puma whose head was the fortress of Sacsahuaman. His body was shaped by the rivers Tulumayo and Huatanay, and his tail was where both rivers meet in a place known as Pumaq Chupan.
The ashlar (finely dressed – cut, worked– stone) ramparts are some 33 feet high and weigh 360 tons. The site's remarkable large dry stone walls are constructed with boulders carefully cut to fit together tightly without mortar. The main wall of Sacsayhuaman is built in zigzag fashion, with the walls leaning inward. Following the siege of Cusco, the Spaniards began to use Sacsayhuaman as a source of stones (those they could move) for building Spanish Cuzco. 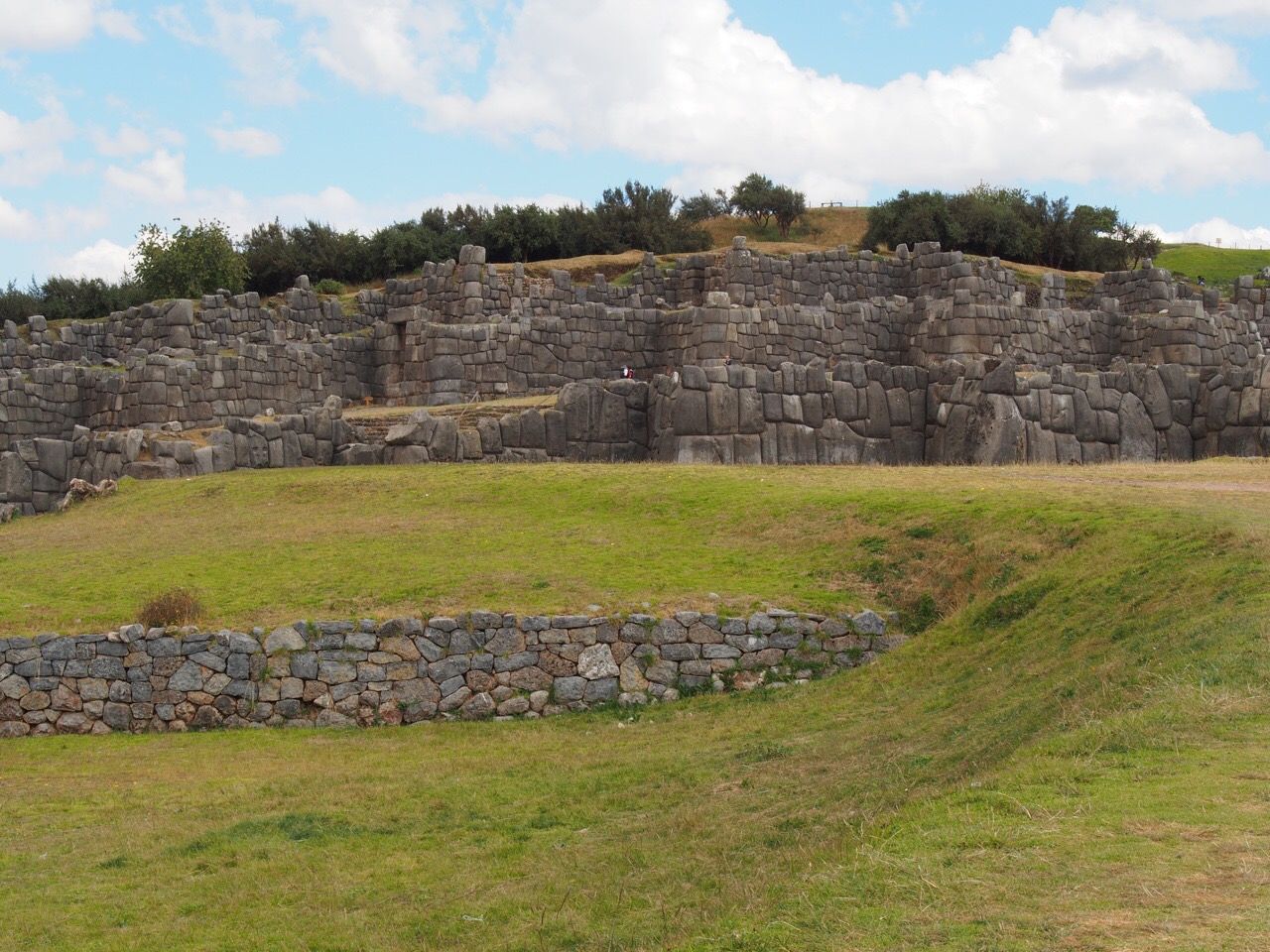 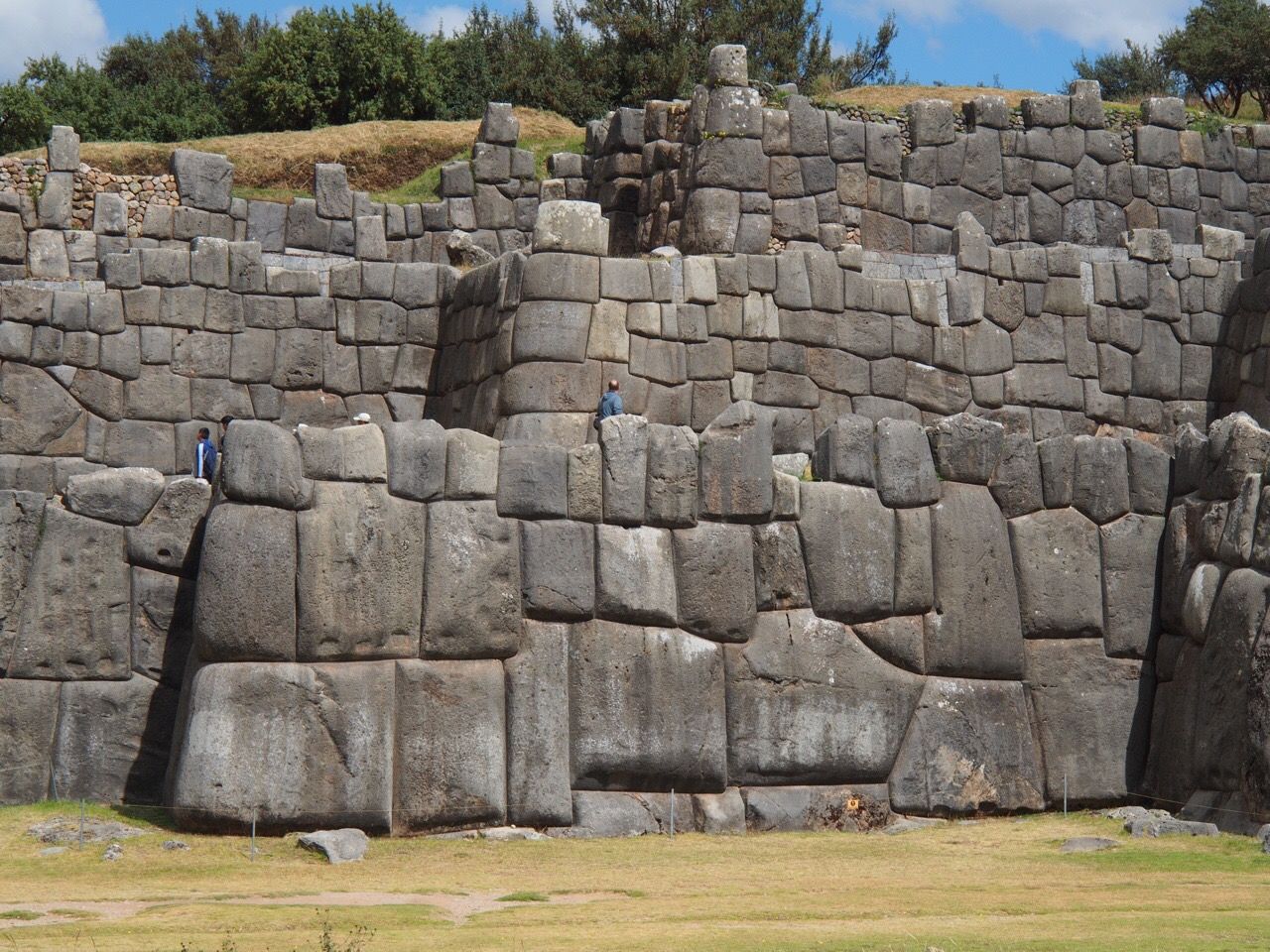 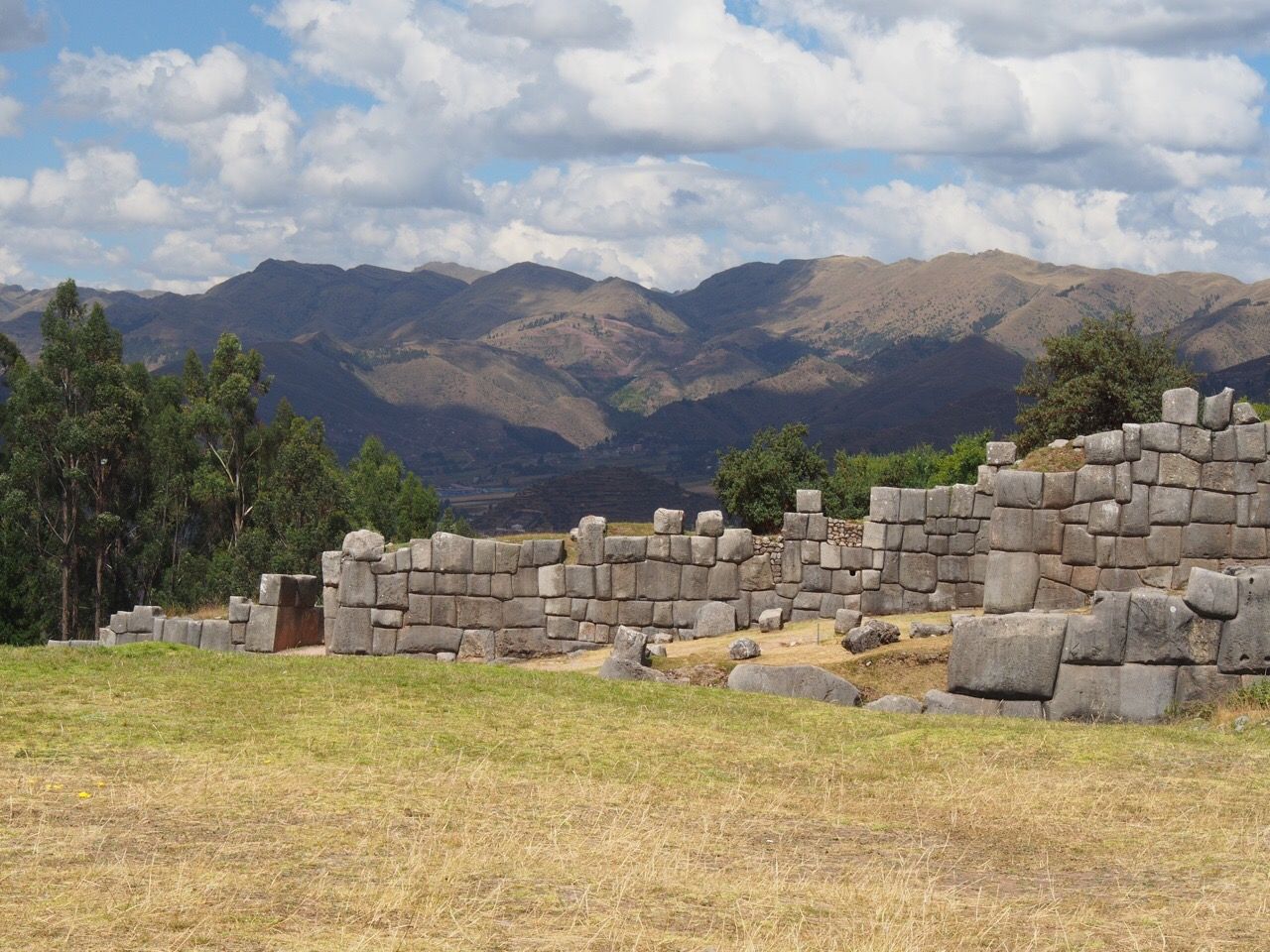 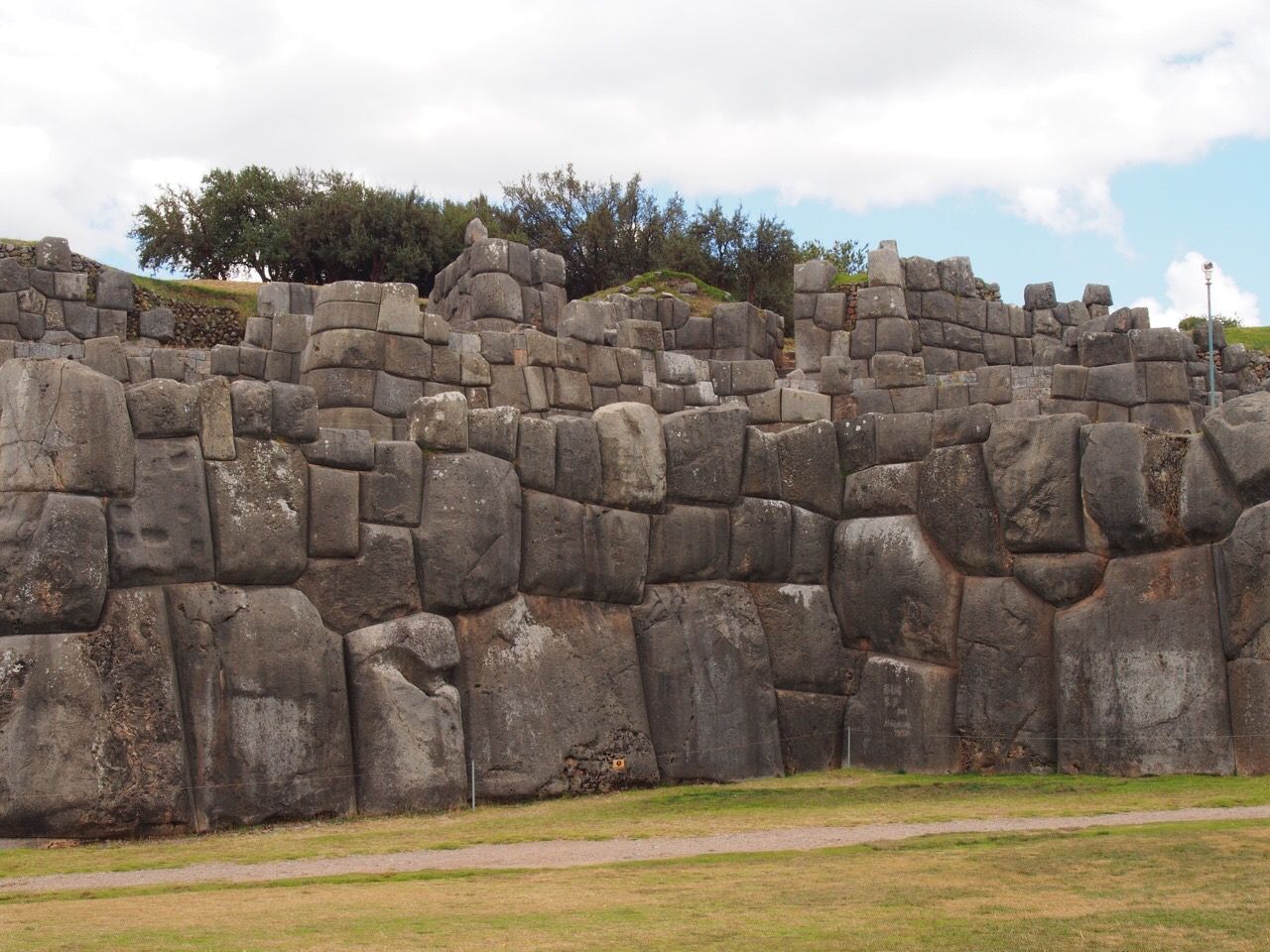 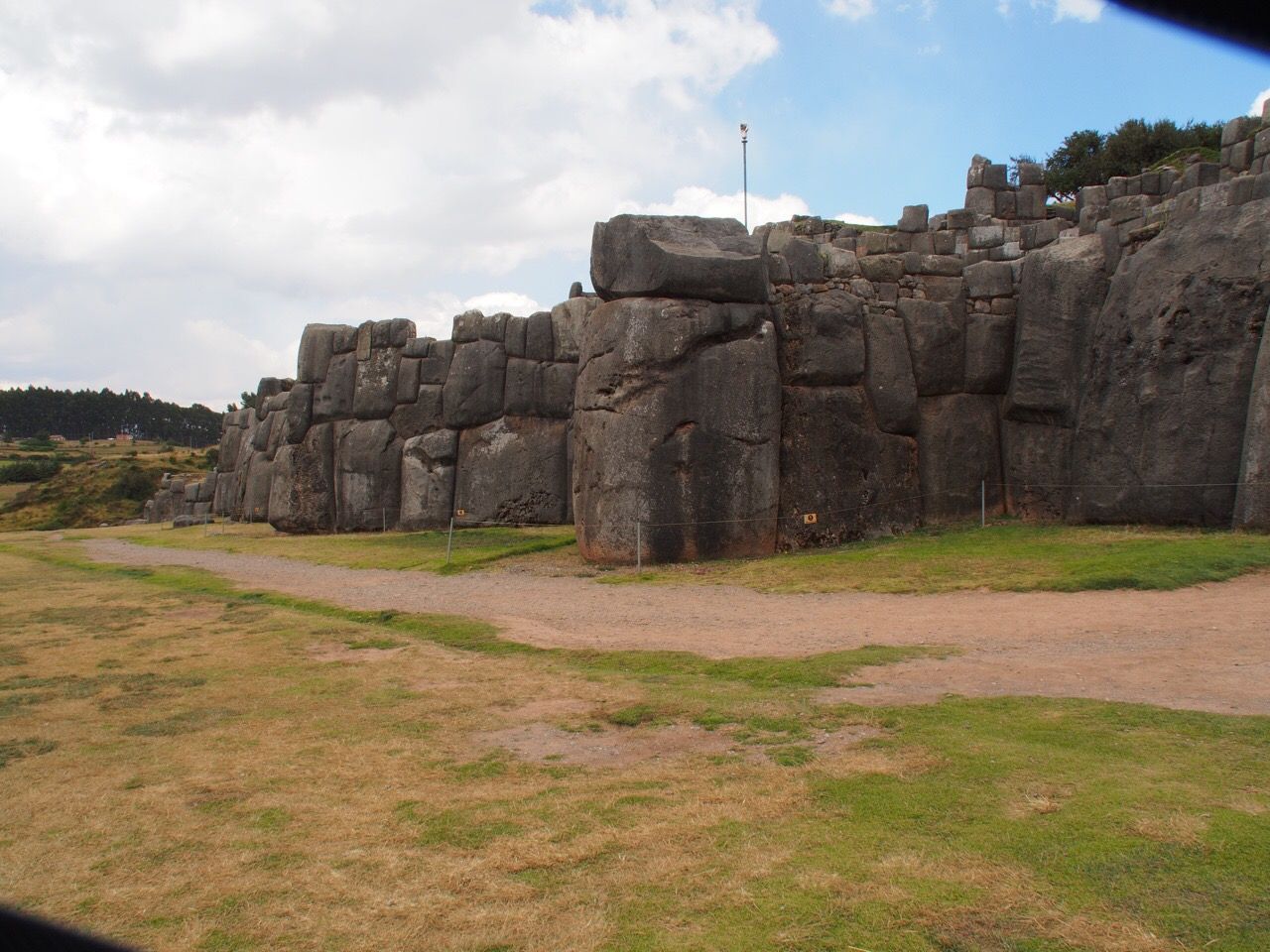 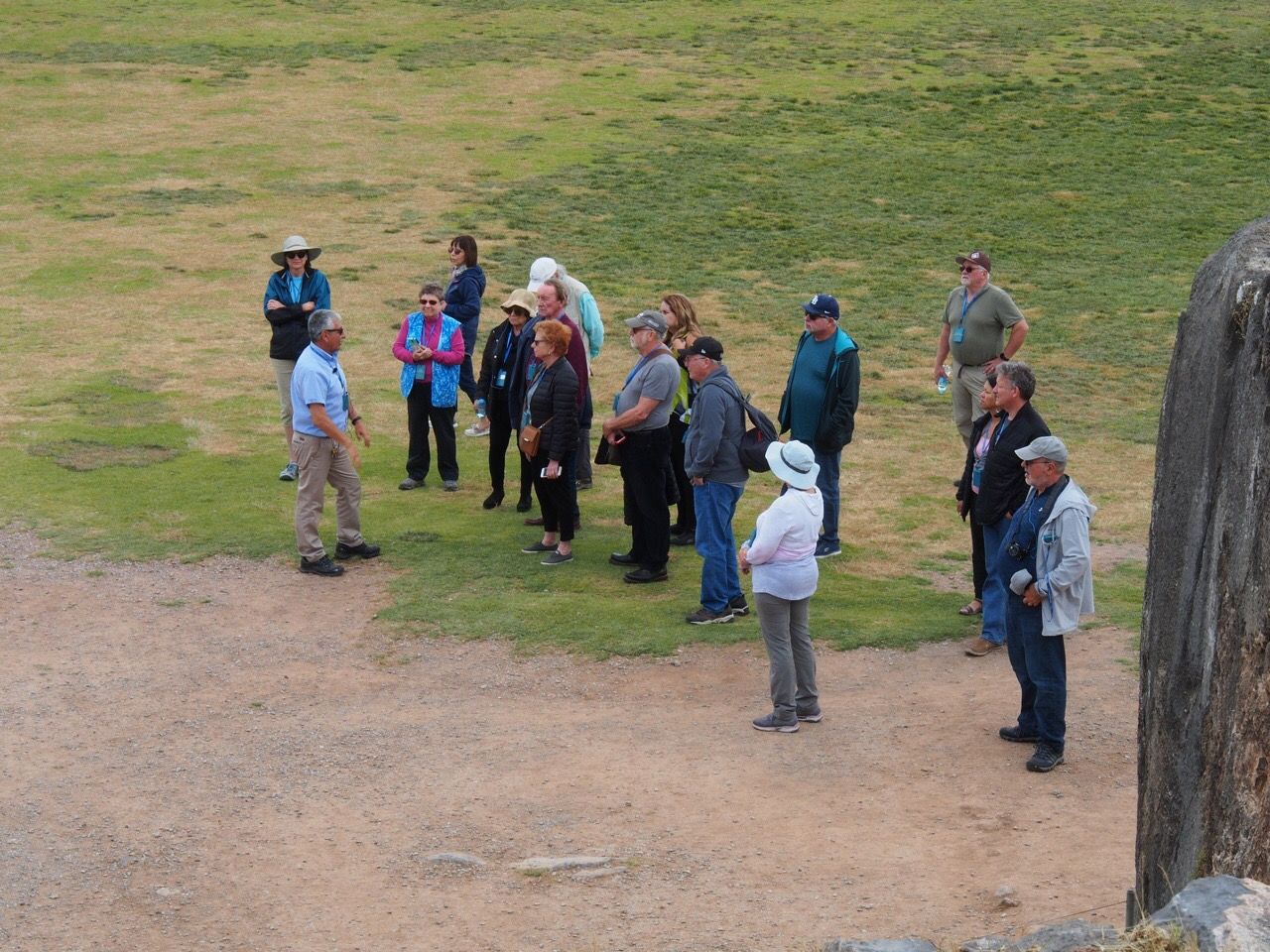 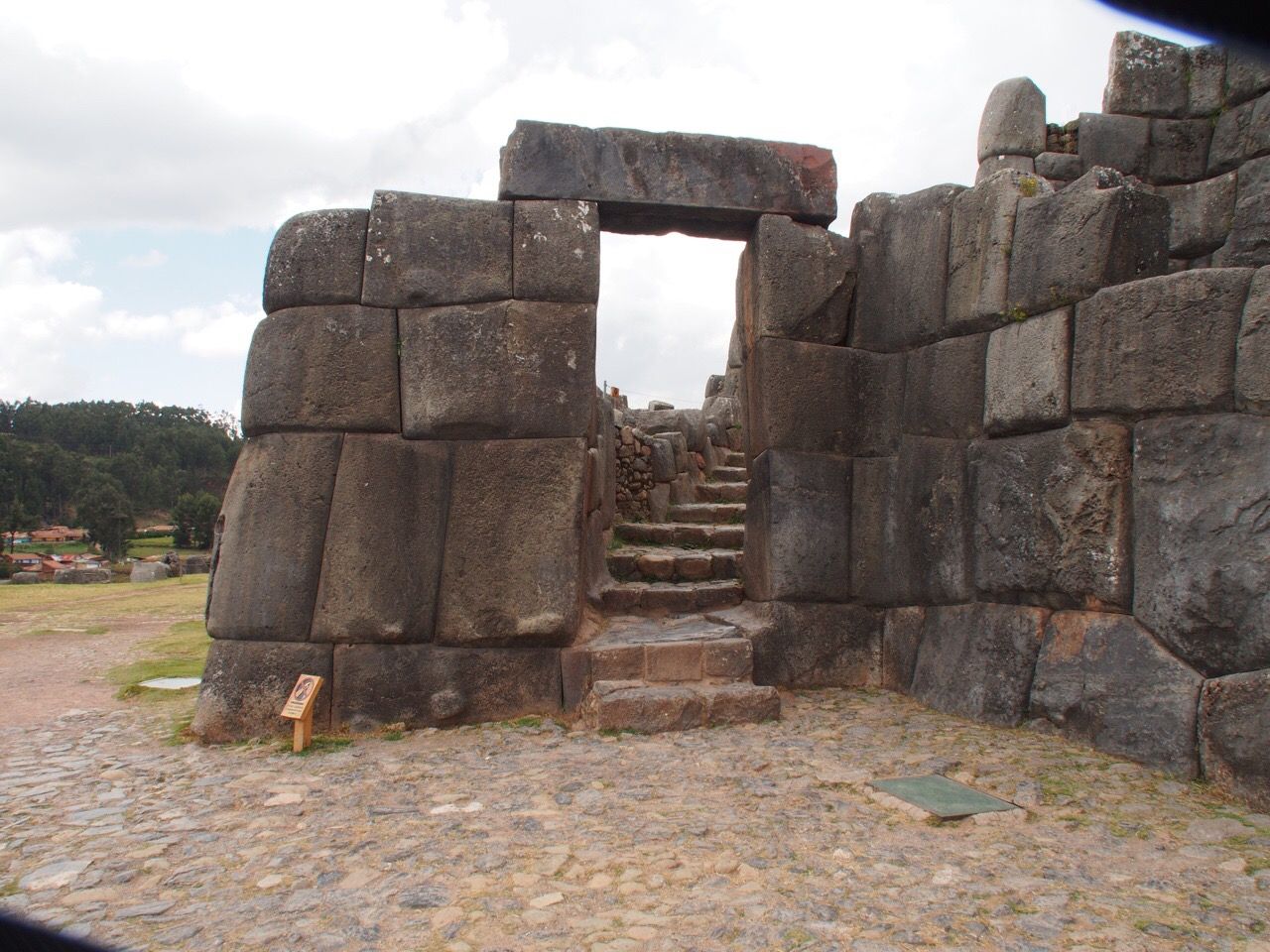 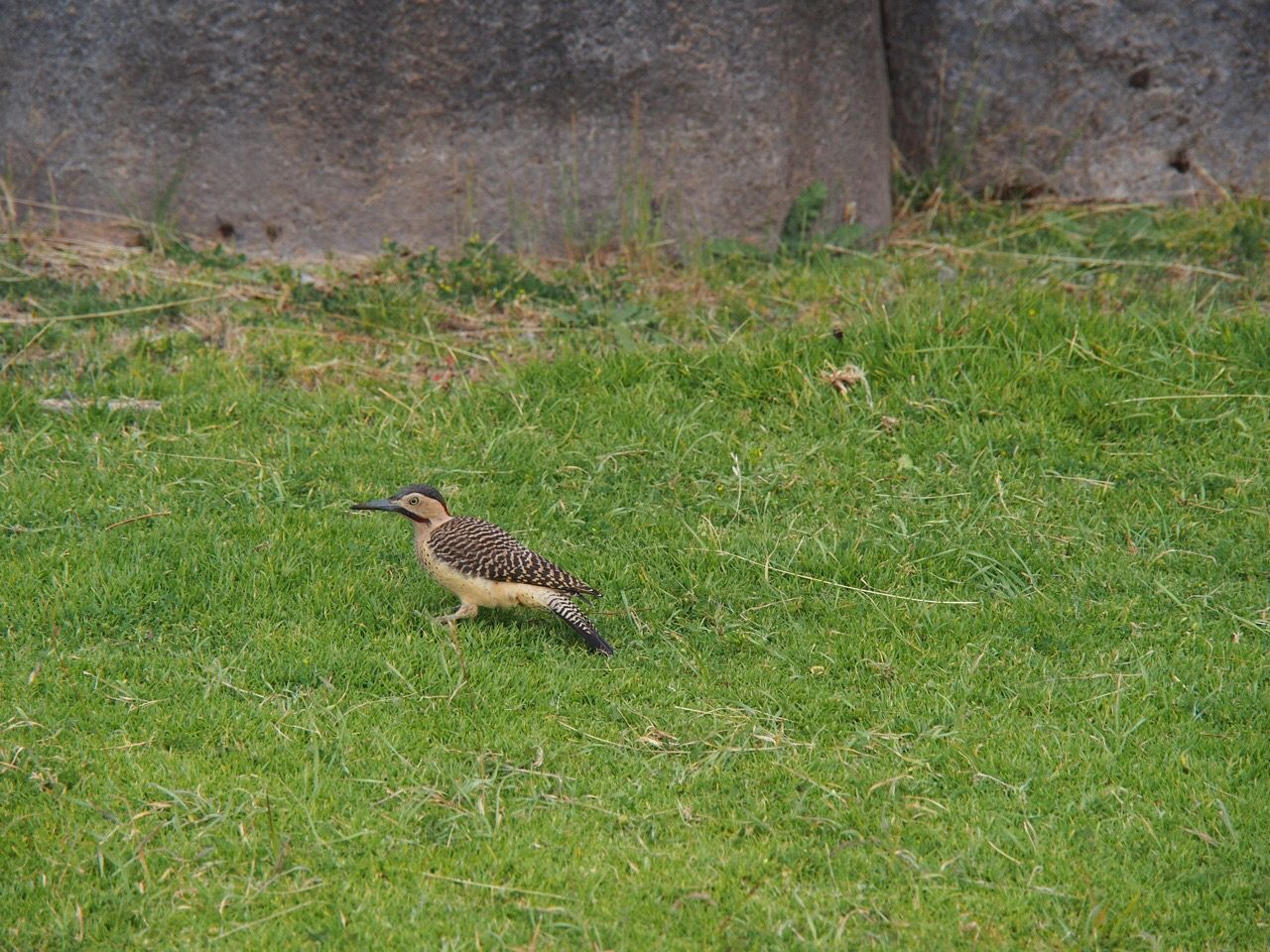 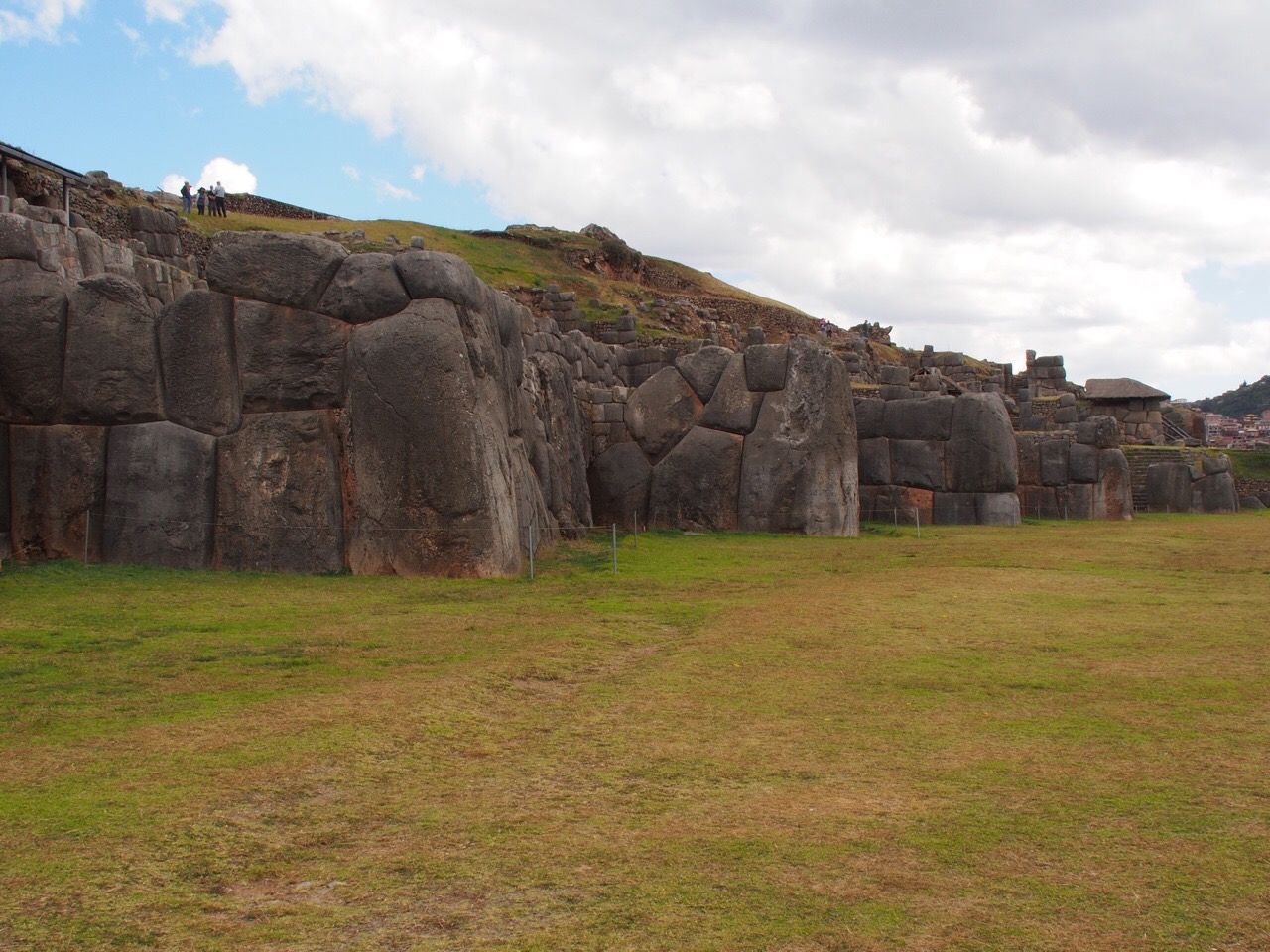 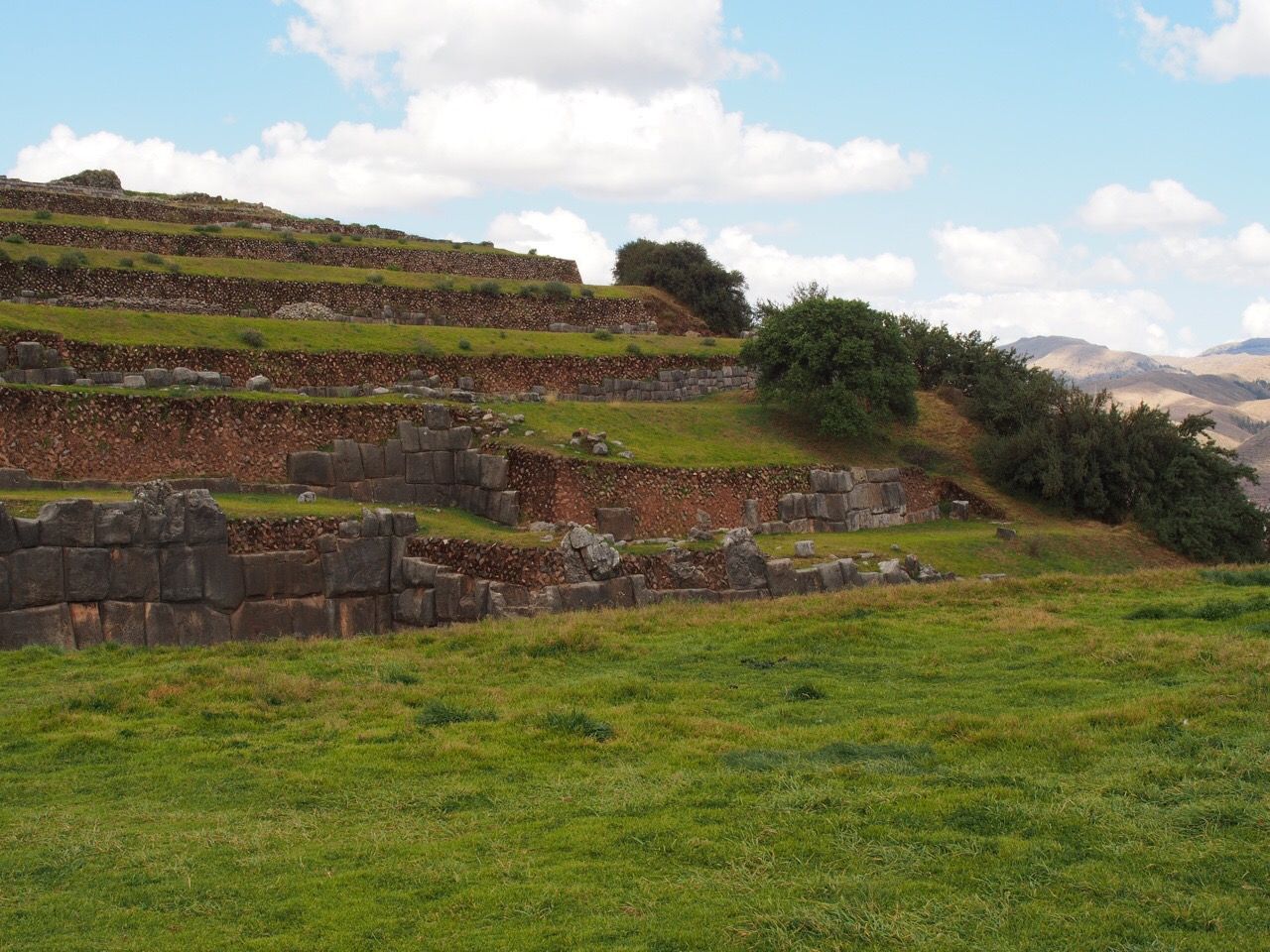 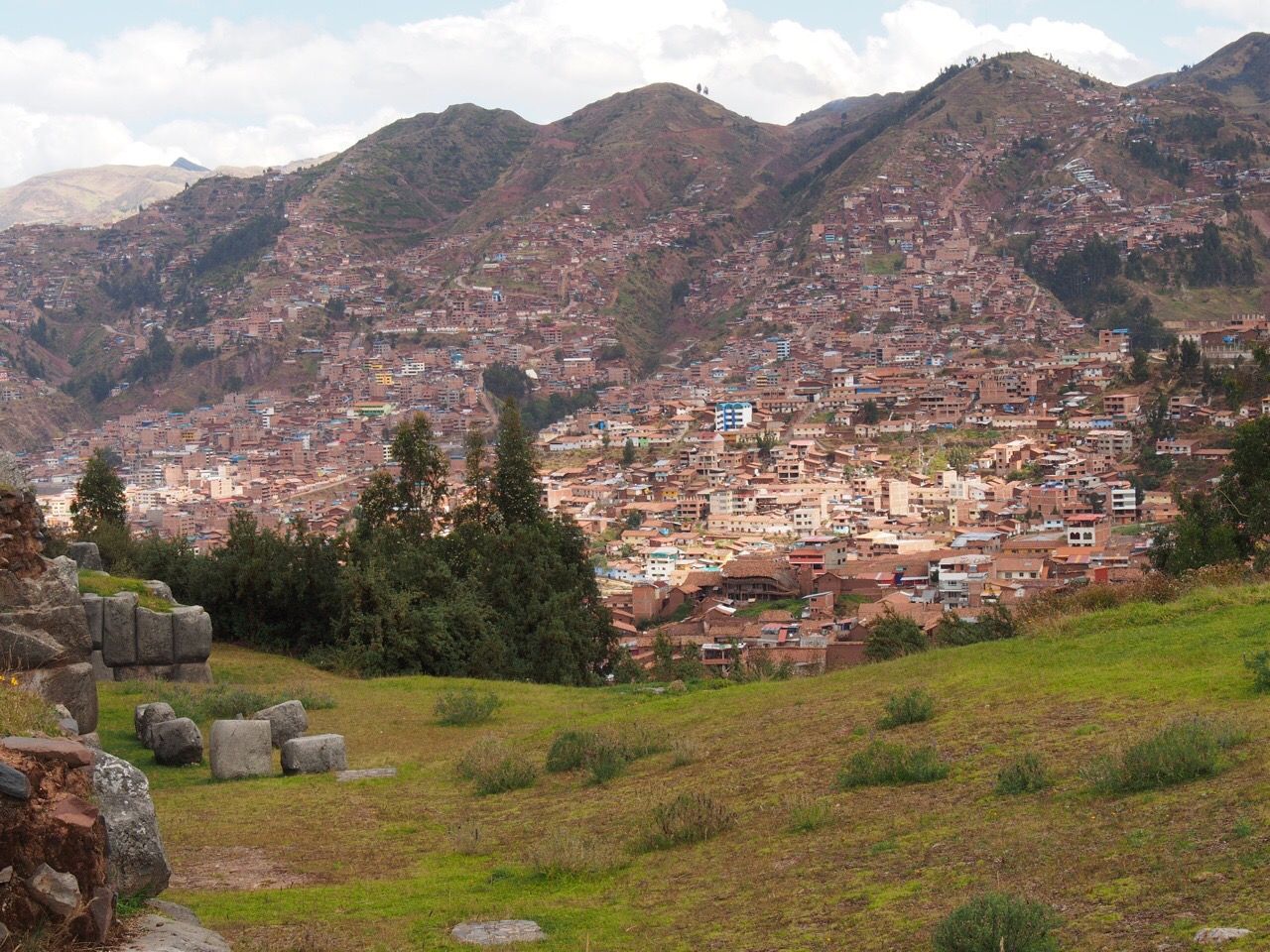 After our visit here, we enjoyed a buffet lunch together at Casona la Princesita before continuing north by coach into the Sacred Valley of the Incas (Valle Sagrado de los Incas). 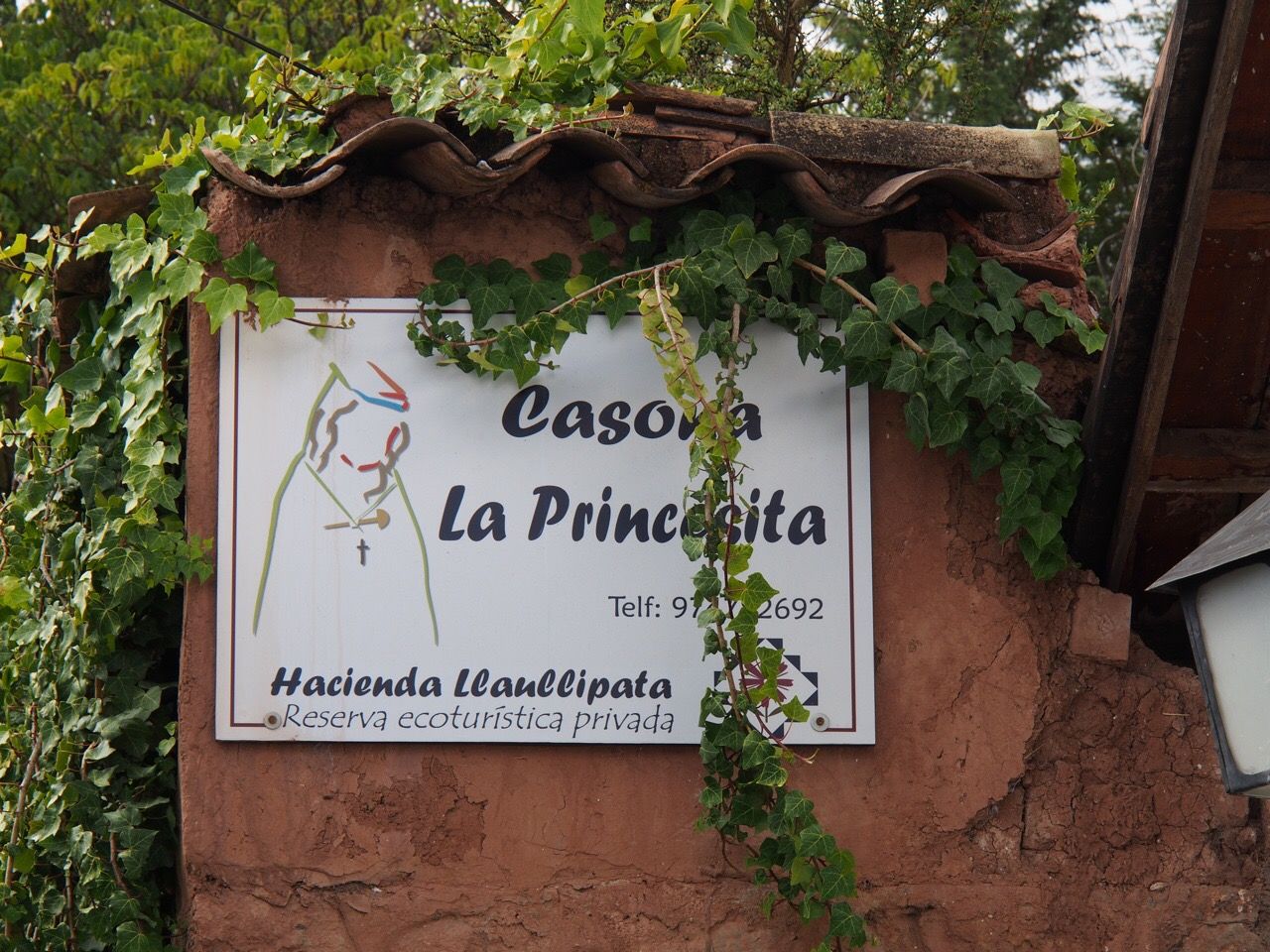 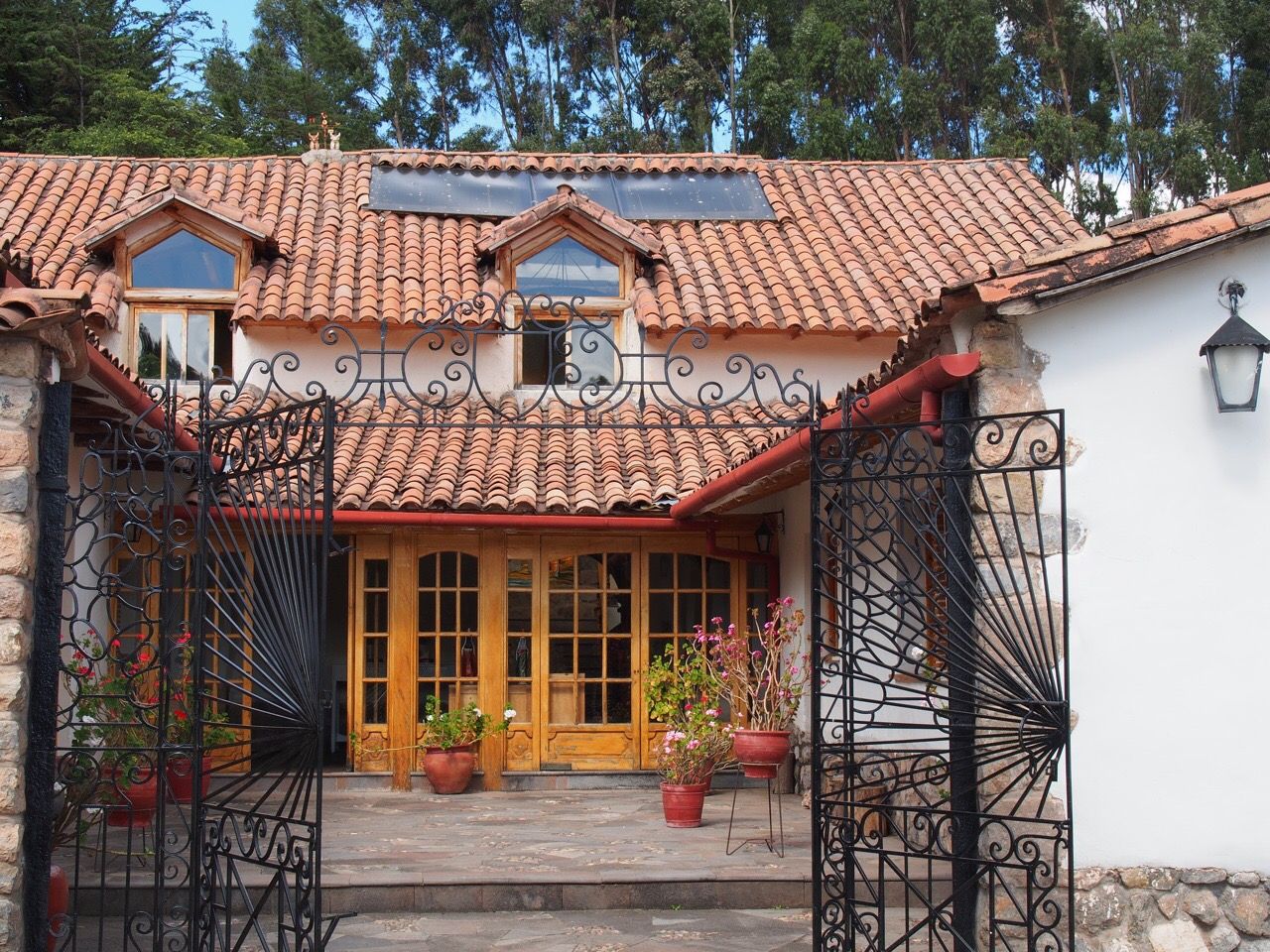 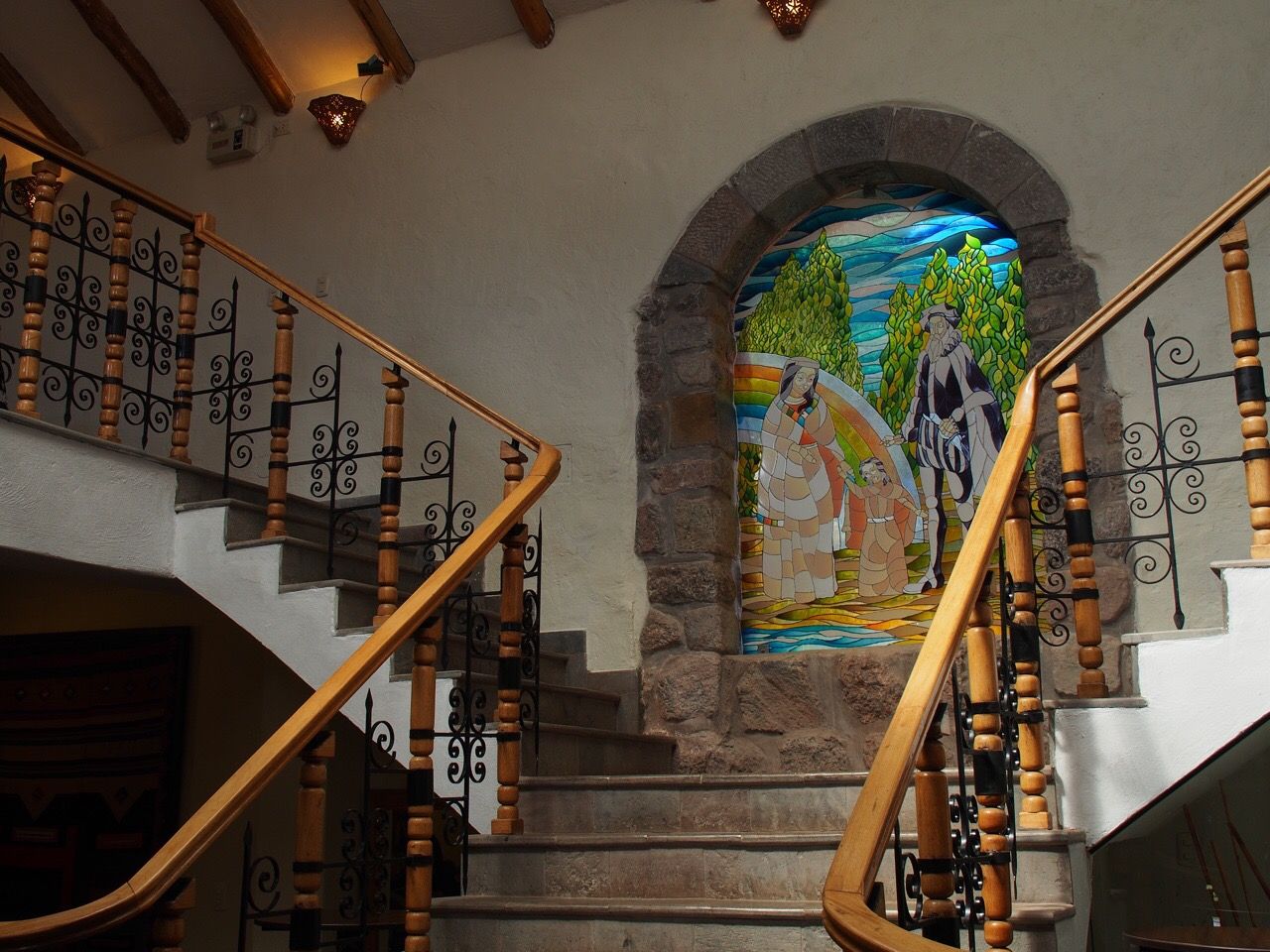 We stopped at a spot on the highway overlooking the town of Pisac. and then drove down into the town. 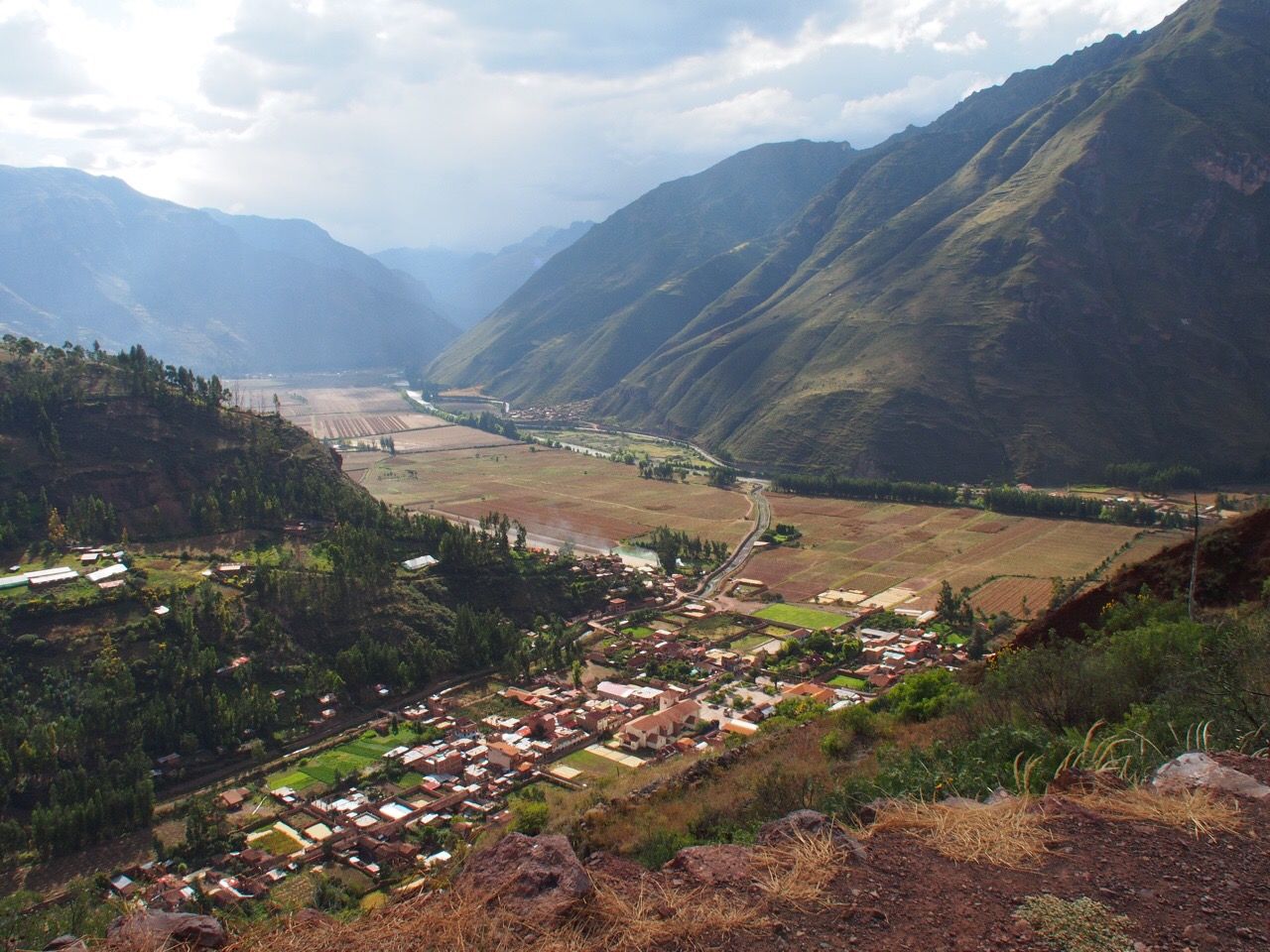 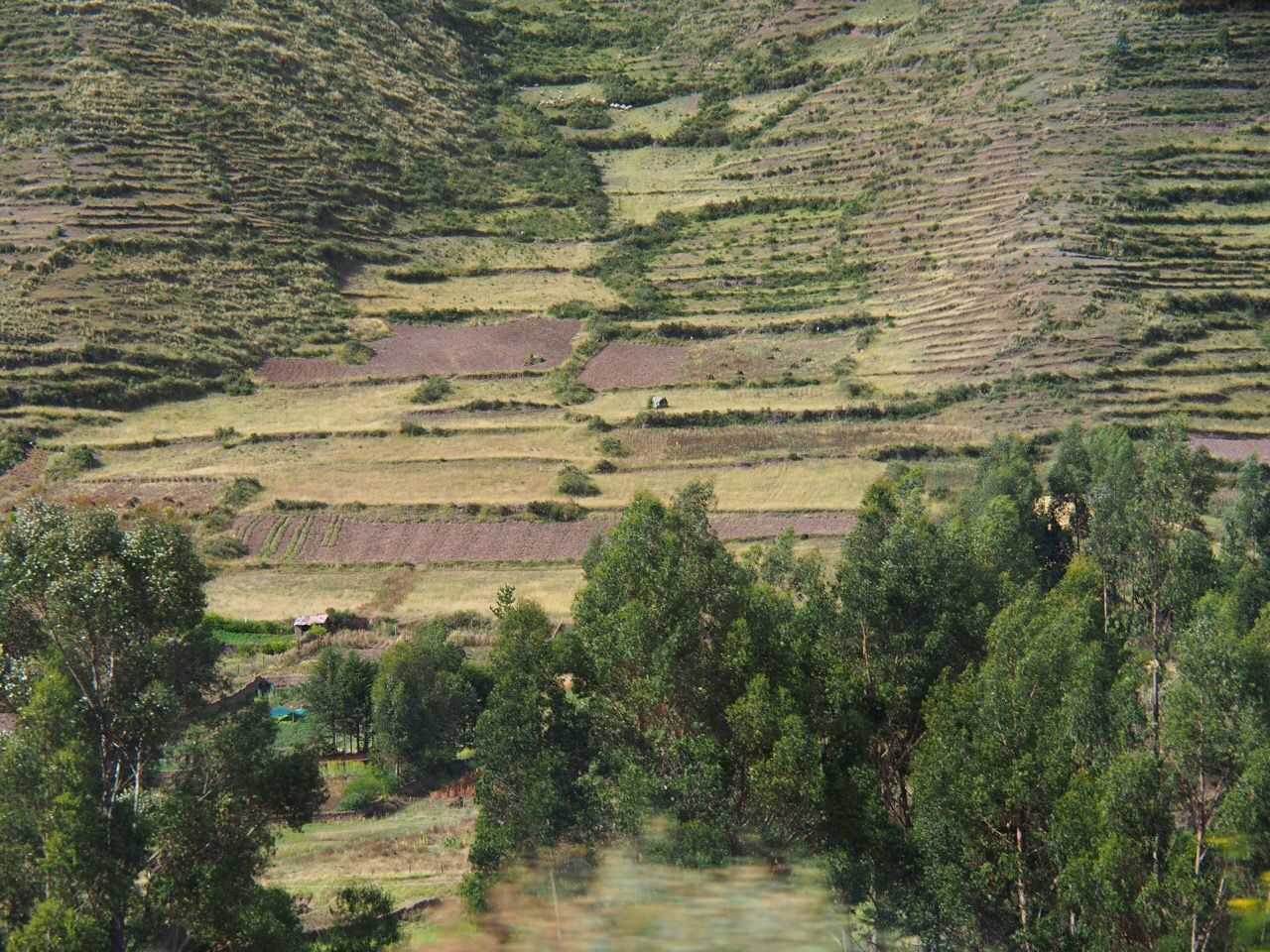 Designed with its terraced fields in the shape of a partridge (or pisaca), Pisac was destroyed by the conquistador Pizarro in the 1530s; the current town was built about forty years later. We walked around a Quechua market of stalls, much of the goods pretty much the same. 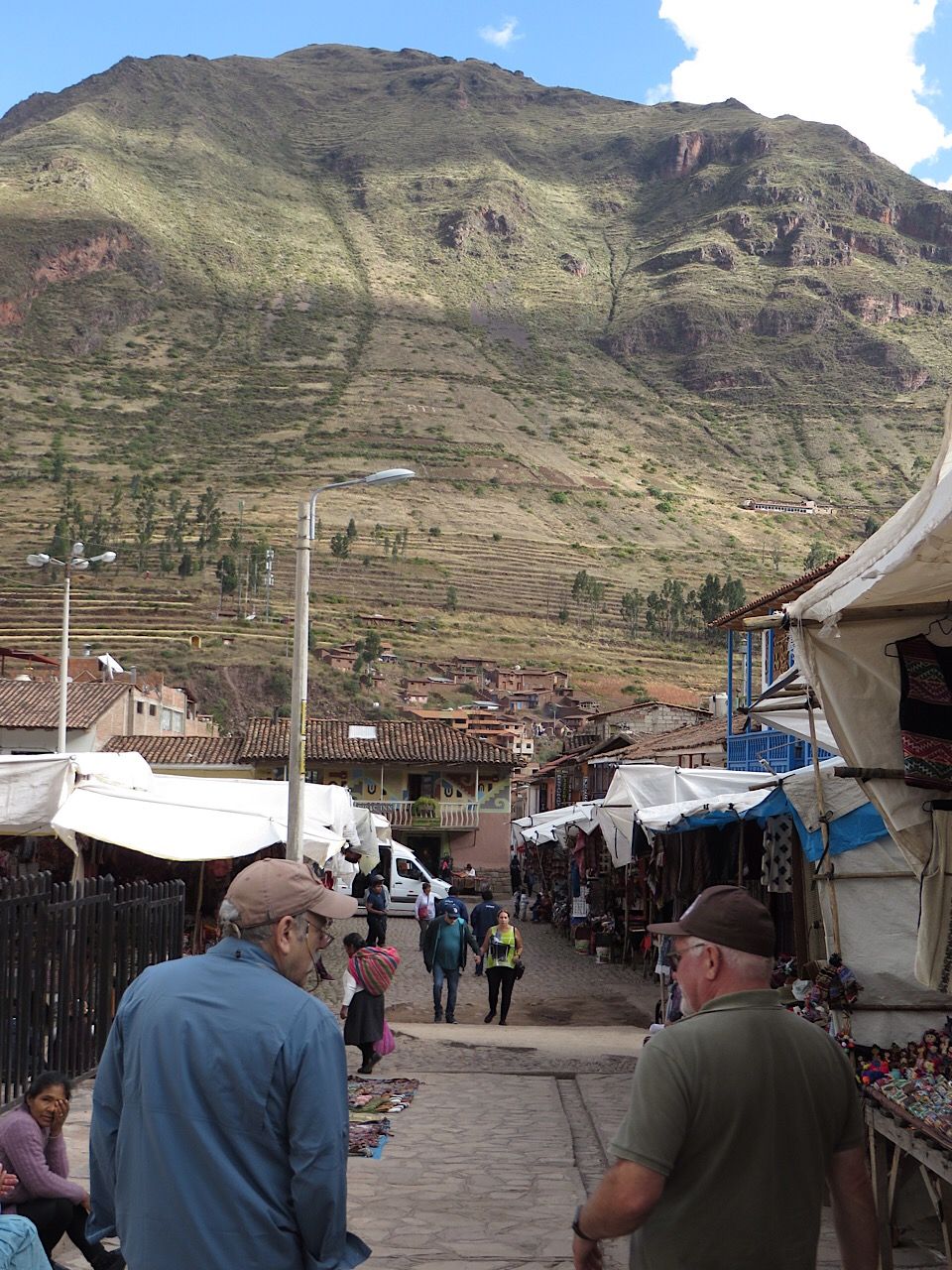 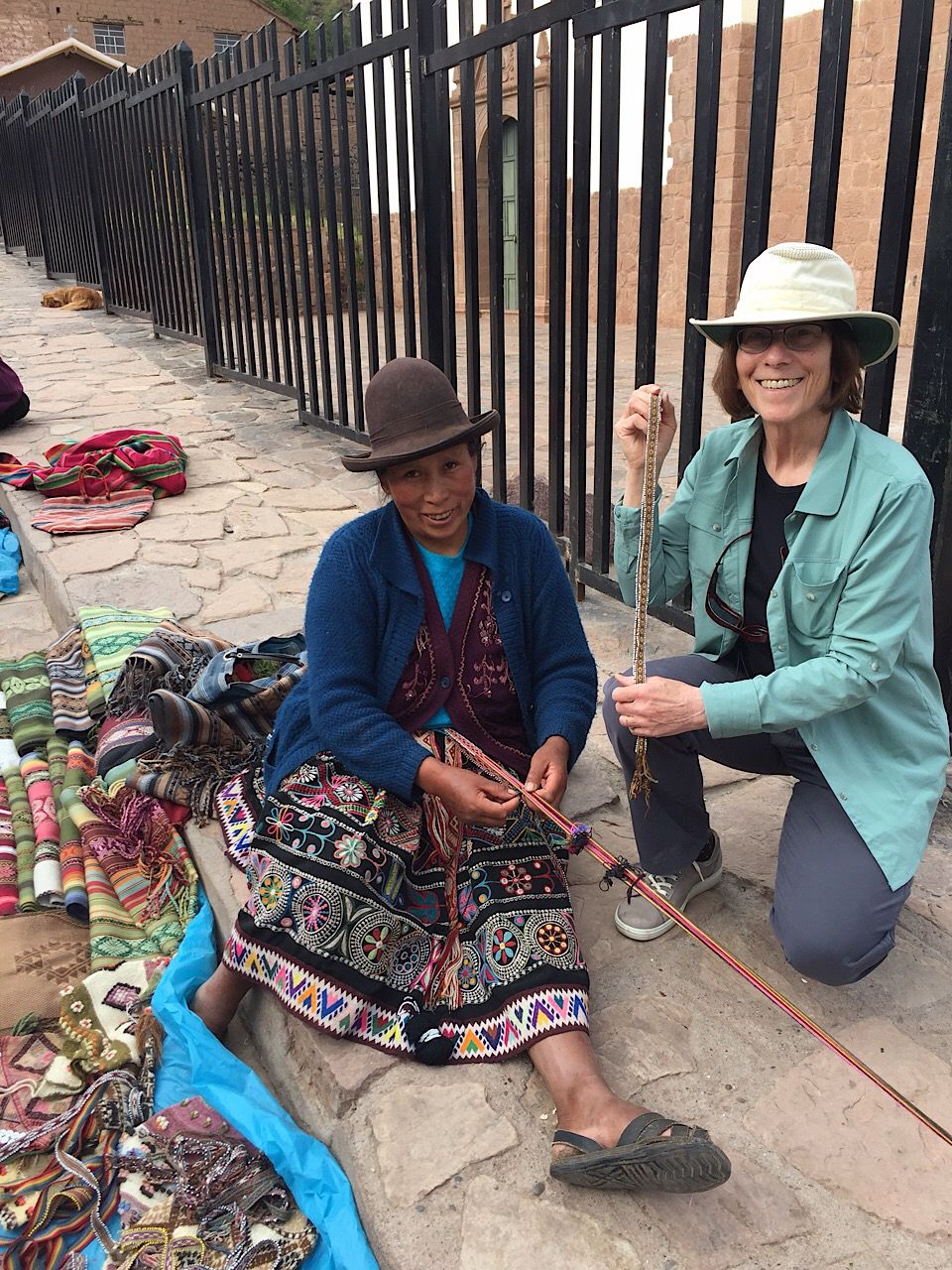 Next, we had an added trip to the small farming village of Huchoy Cusco (Little Cusco in Quechan). This village is operated as a farming coop and has about 75 families. Several of the villagers dressed in traditional Peruvian clothing (for us) were present, and a community leader described the history of the village, and had examples of their current crops: vegetables; grains; and herbs. After the talk, several of the men played music. Several of the women were spinning yarn. 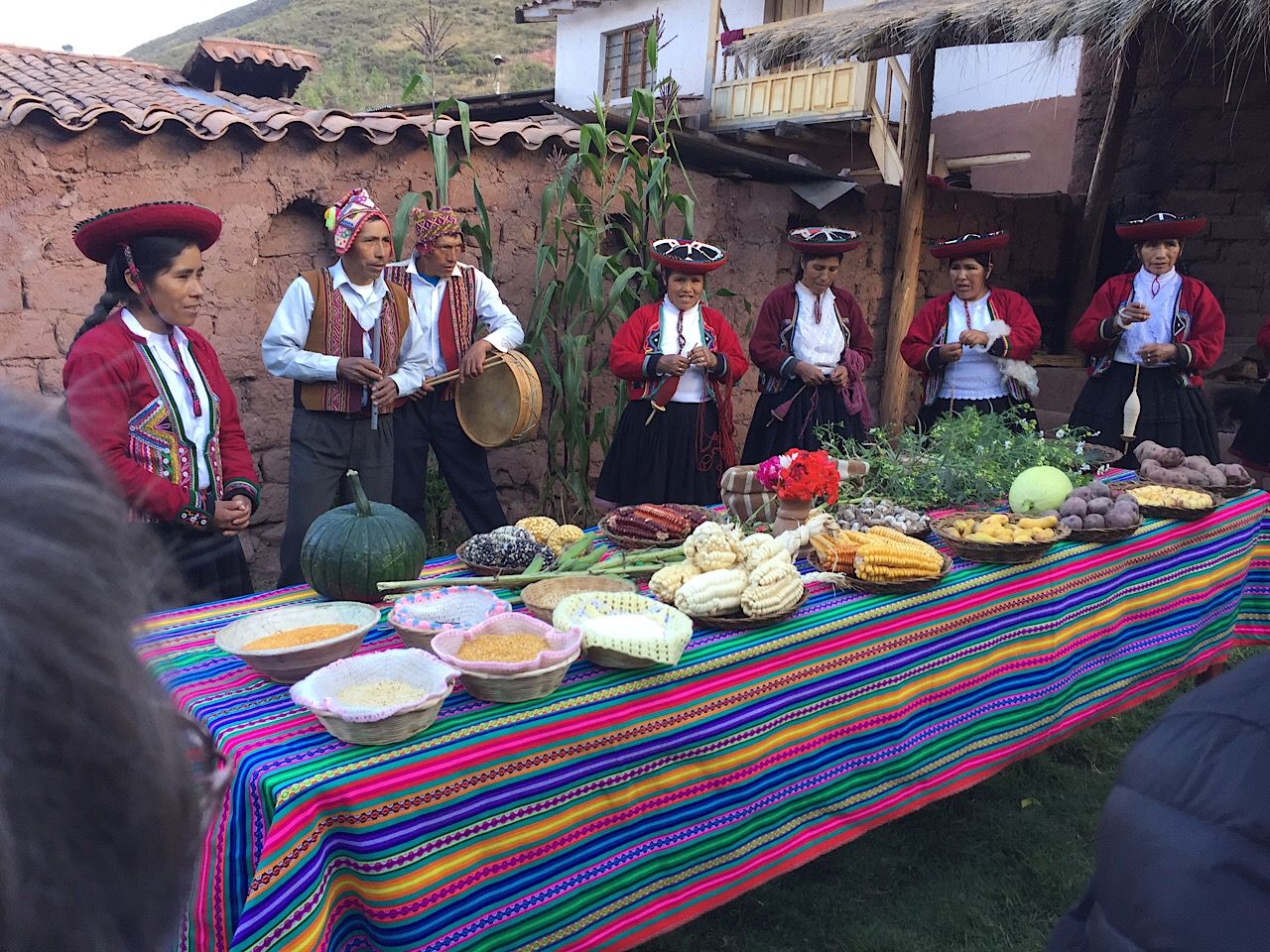 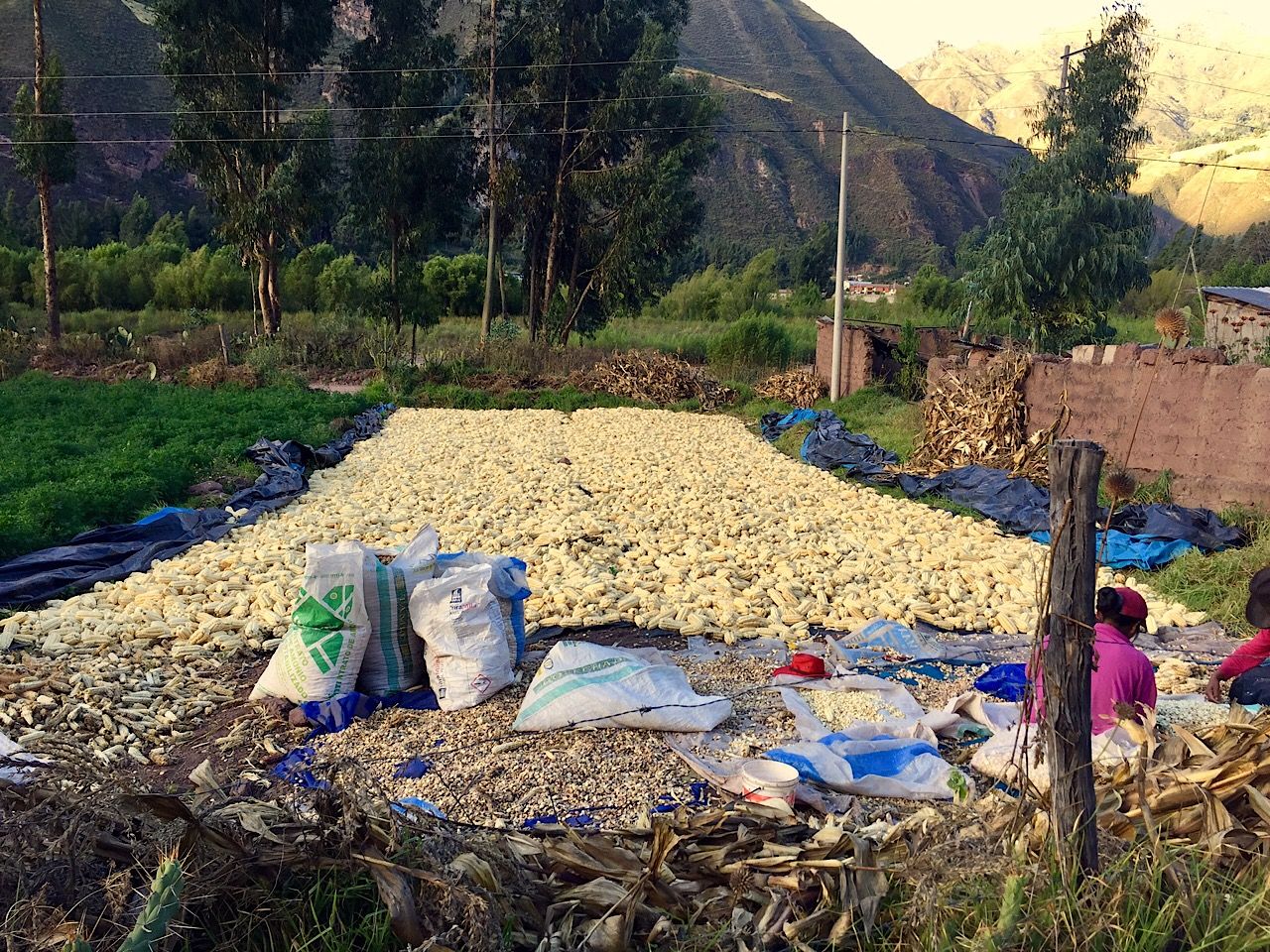 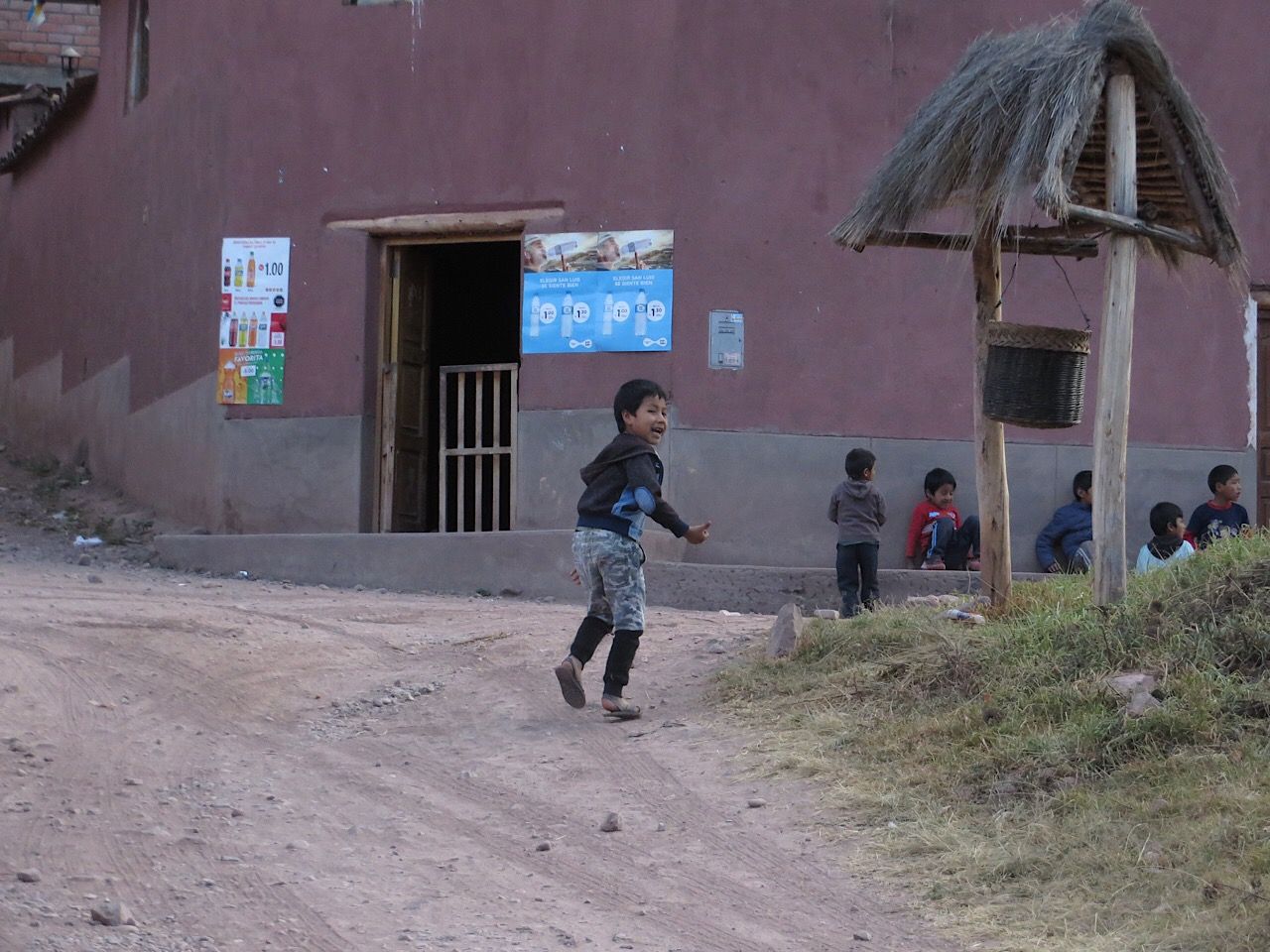 After leaving Huchoy Cusco, we drove to our hotel, Aranwa, in the Sacred Valley. This is a huge, modern resort at the end of an undeveloped road and surrounded by the Andes, with restaurant, a pool, shops, a spa, a chapel, a place to show movies, and a variety of animals and birds wandering around the grounds.
We relaxed, had a long dinner, and went to bed.
Links:
Sacsayhuaman
Casona La Princesita
Aranwa Sacred Valley Hotel
Link to Perú – Day 4

Published by Eileen and Larry Samberg on May 23rd, 2019