Today was a half-day for Larry, so today the Agora, the Central Market, and finally, the Acropolis! we also booked a half day tour to Sounion through Nikos at the desk. Went to Crown Plaza to get cash for it.
We took metro the two stops to Syntagma Square and walked to the Agora. 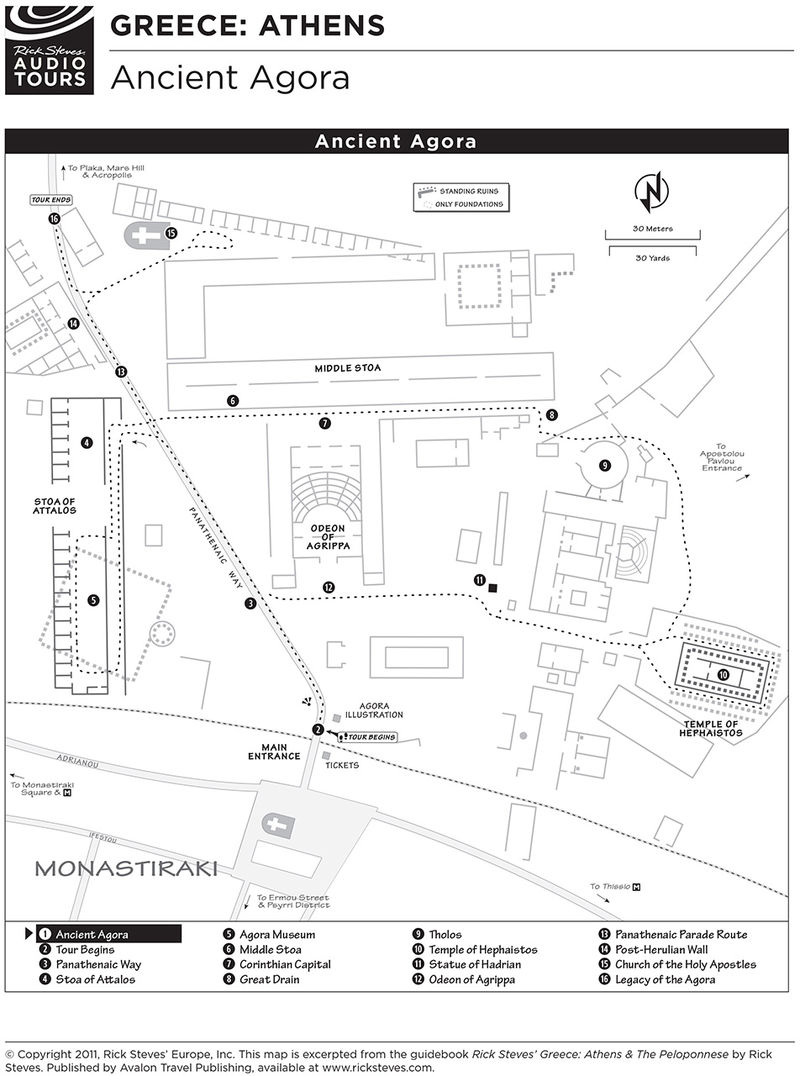 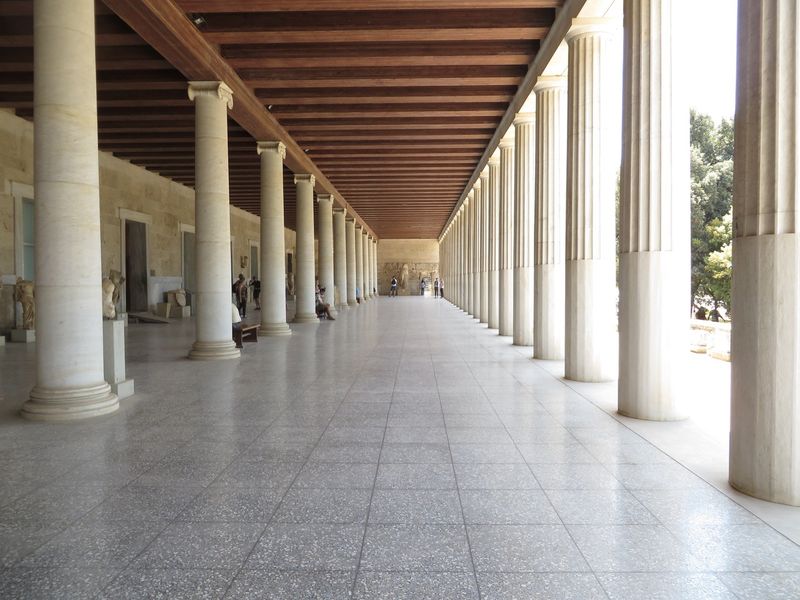 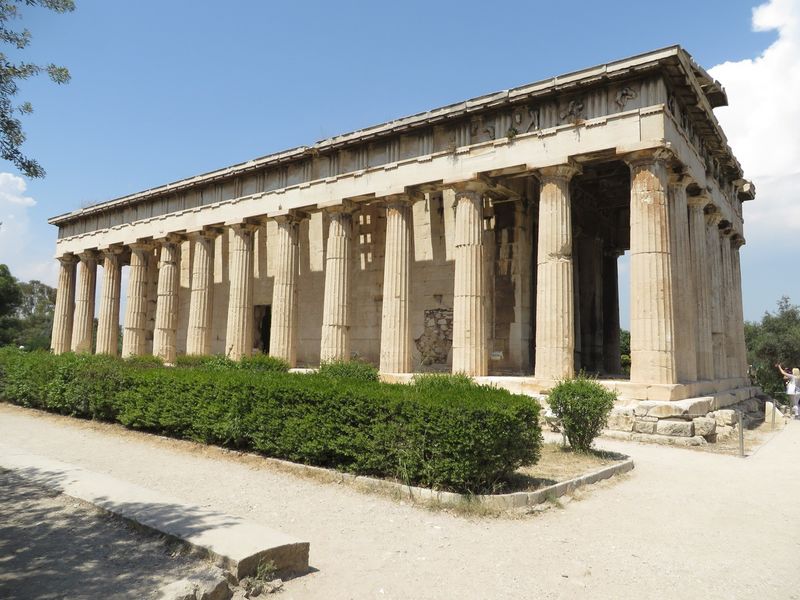 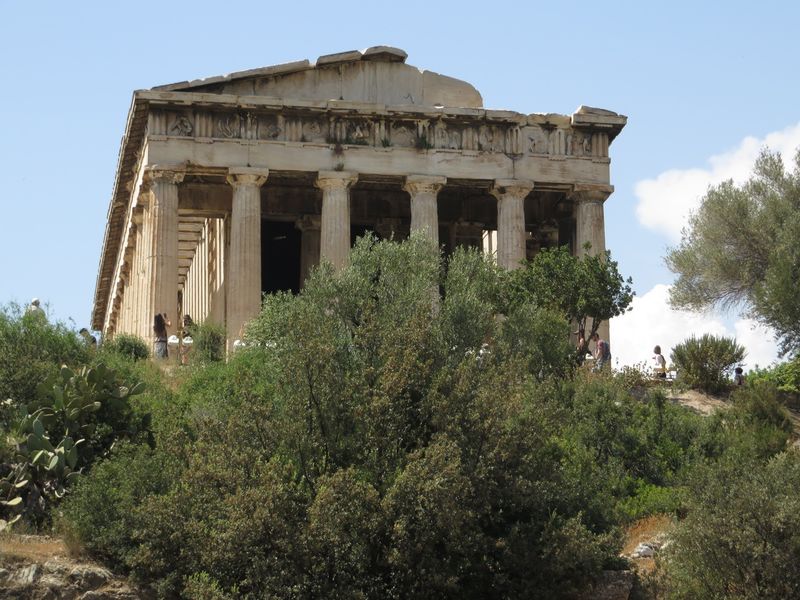 View of the Acropolis from the temple - Erechtheion and Parthenon on the left, the Propylaea, Monument of Agrippa, and the Temple of Athena Nike on the right 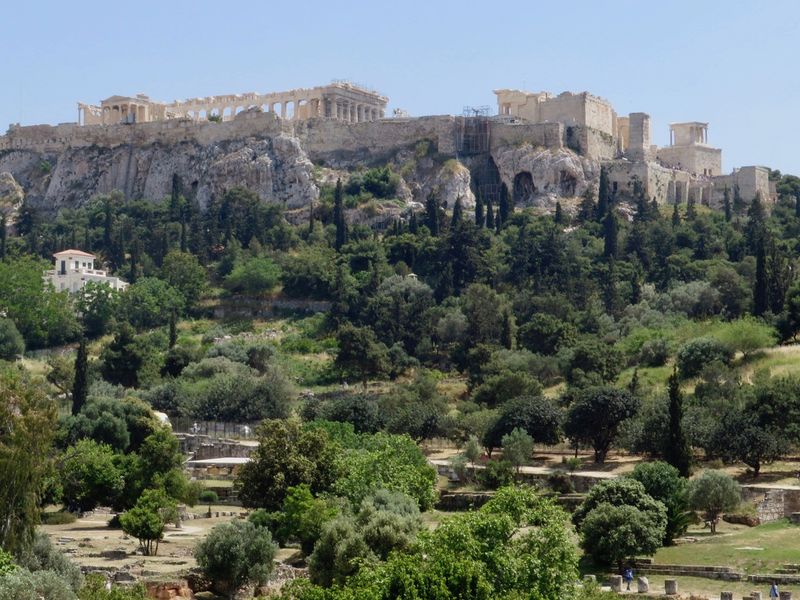 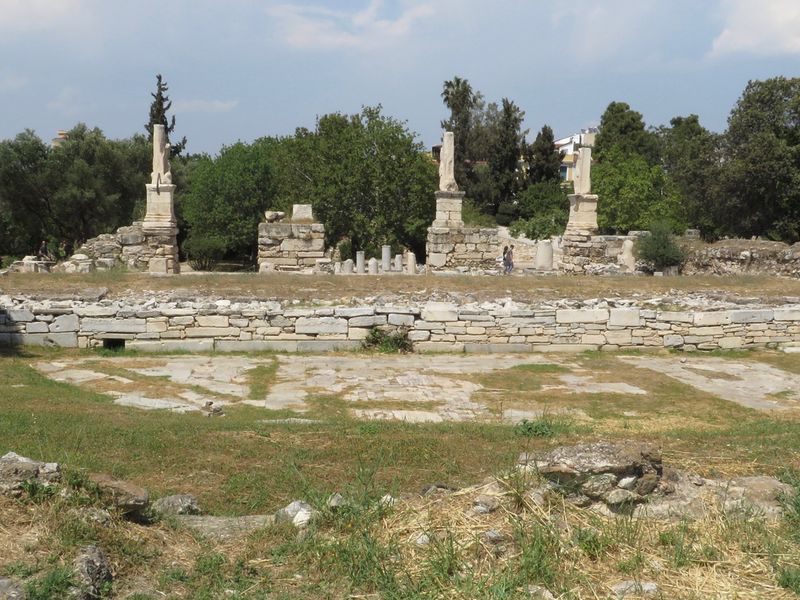 For our lunch break, we went to the Central Market and walked around a bit, buying rigani – greek oregano – and a salad herb mix. Then we had lunch in the market at Taverna Aris, tomato and cucumber salad and grilled sardines. 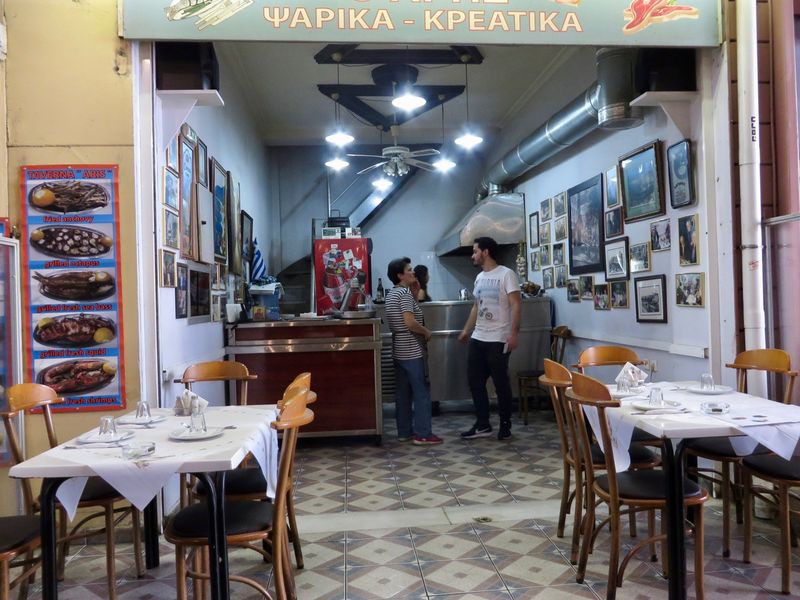 Fish at the Central Market 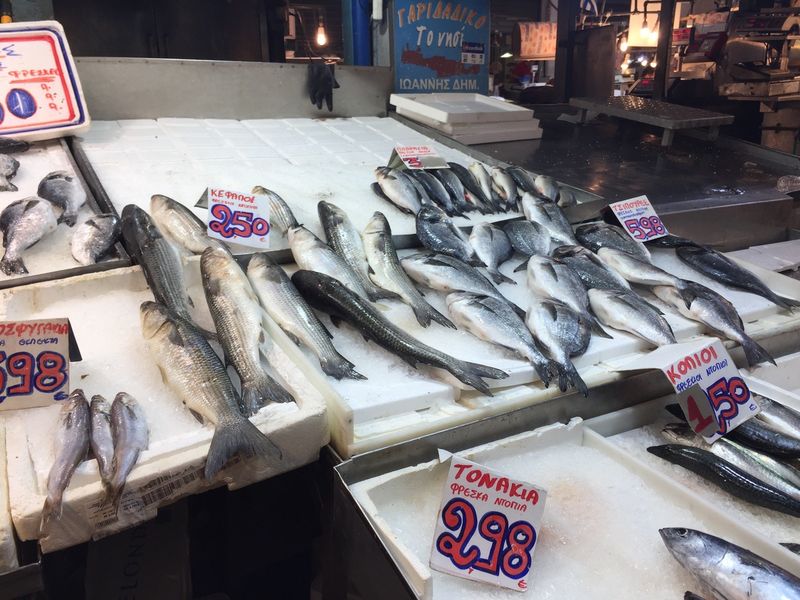 Following lunch we headed to the Acropolis for the walk from the main entrance and then down along the south slopes past the Odeon (music theather) of Herodes Atticus and the Theater of Dionysus. 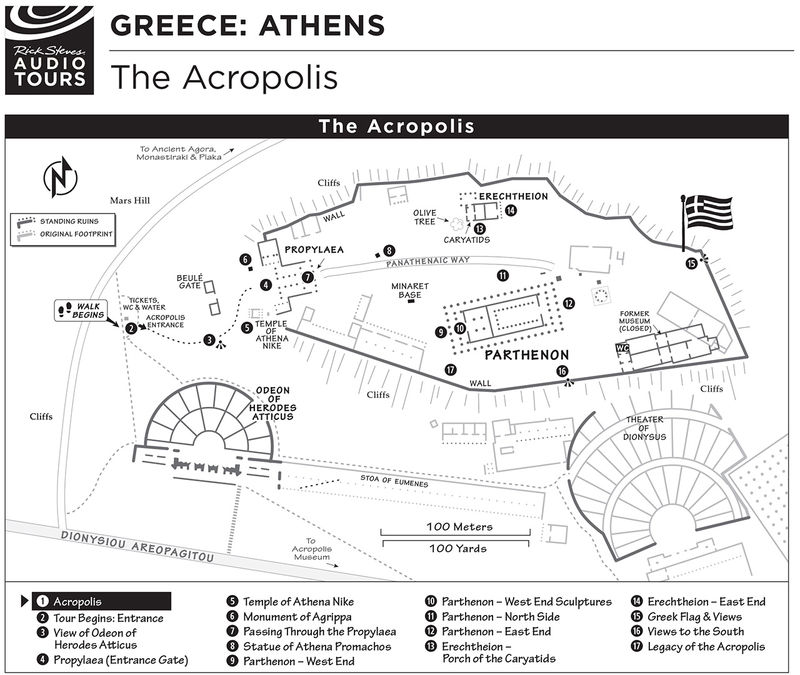 Propylaea (Entrance Gate), with the Monument of Agrippa on the close left and the Temple of Athena Nike on the close right 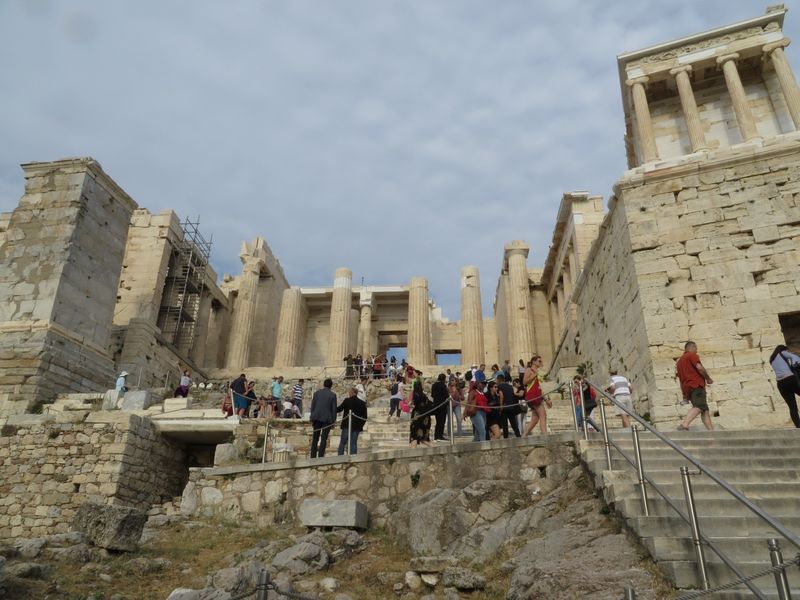 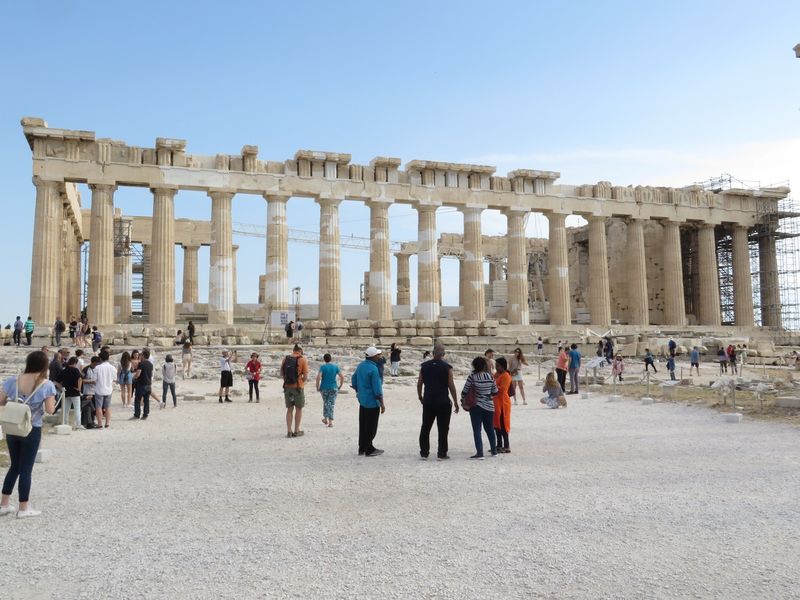 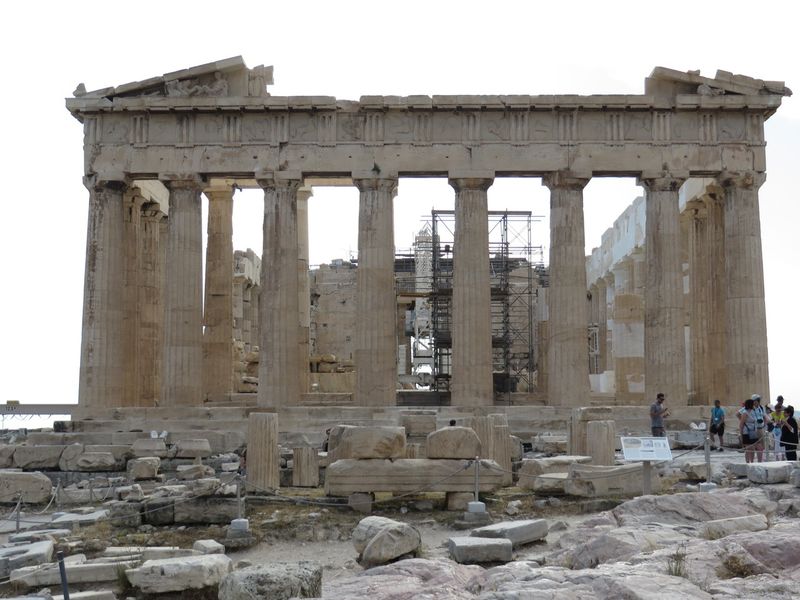 Erechtheion with Porch of the Caryatids 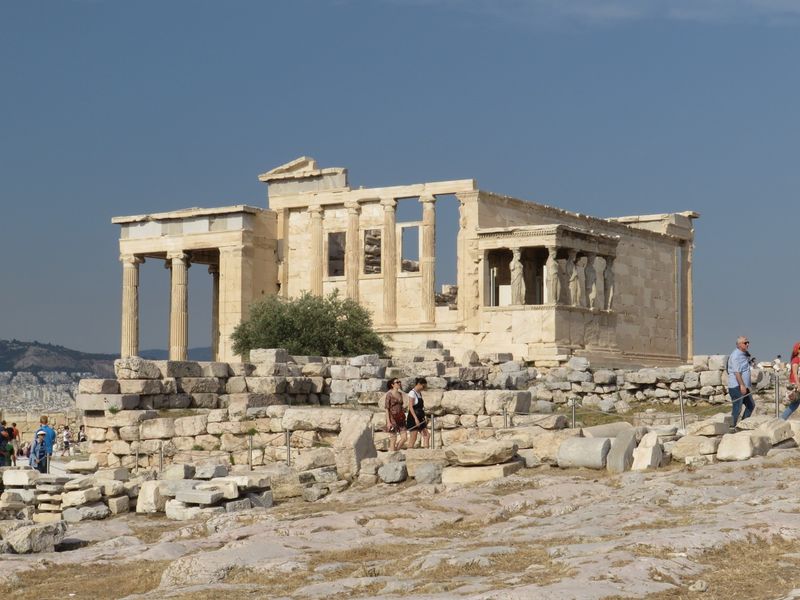 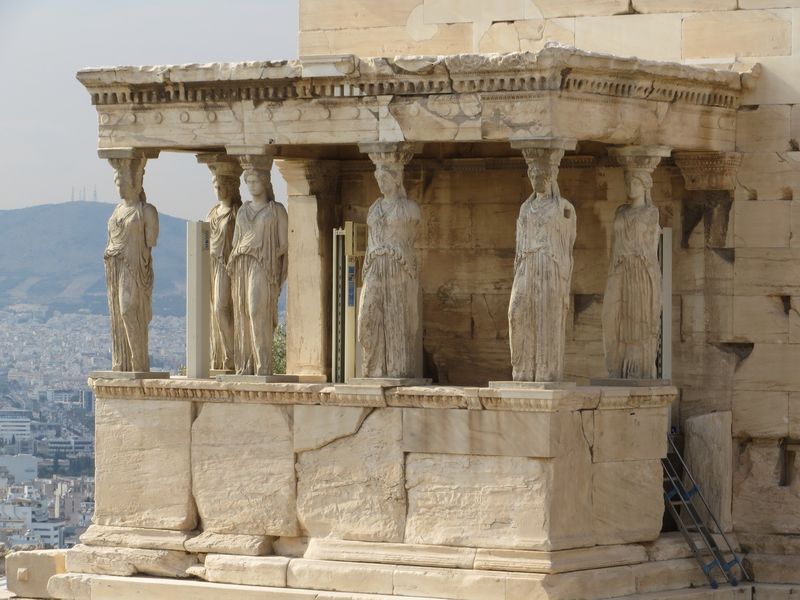 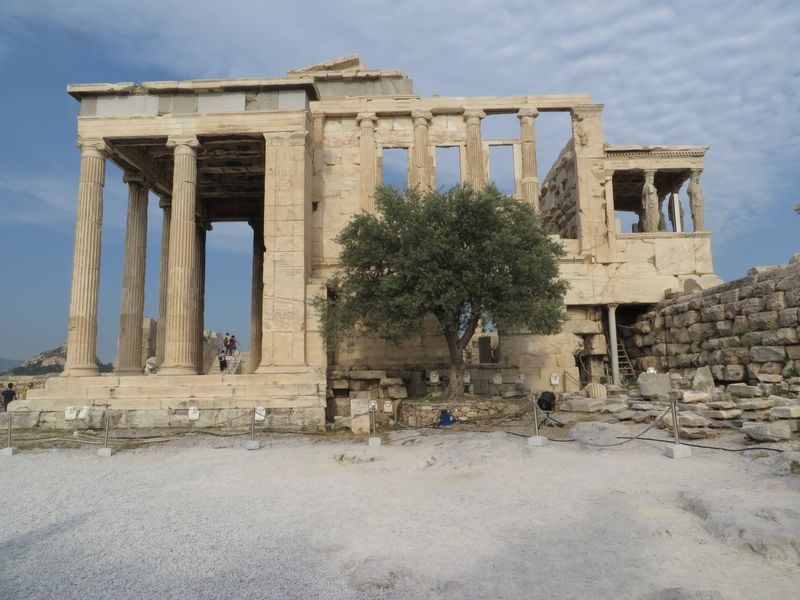 Looking down at the Agora 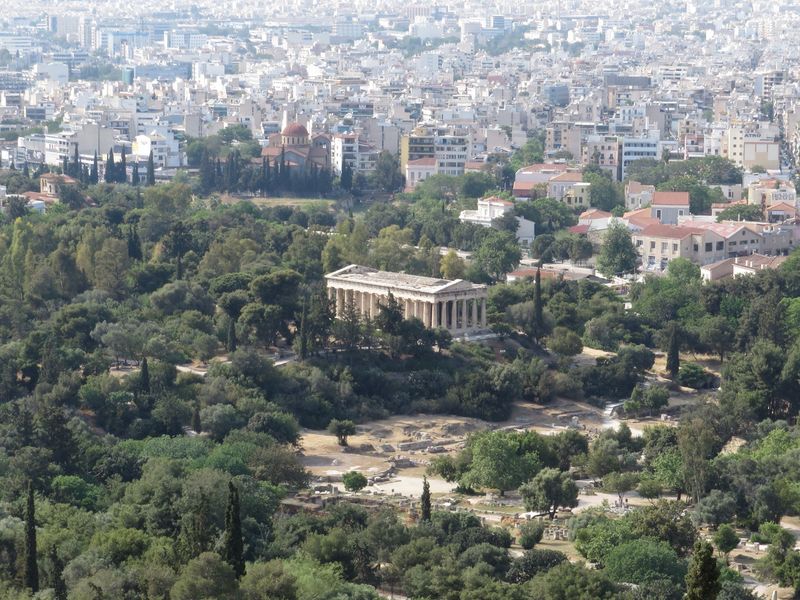 View of Hadrian’s Arch and the Temple of Olympian Zeus 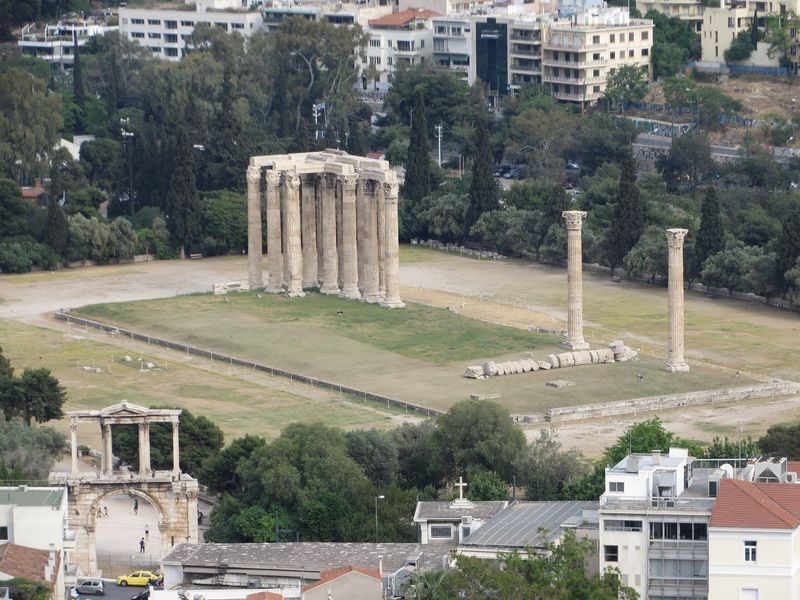 View of the Panathenaic (Olympic) Stadium 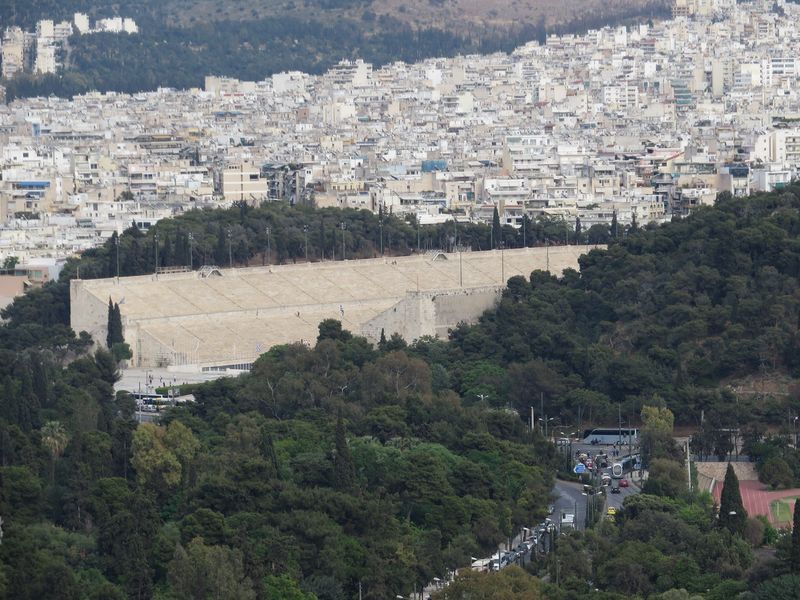 We then started to walk down along the south slopes, stopping at the Odeon of Herodes Atticus. 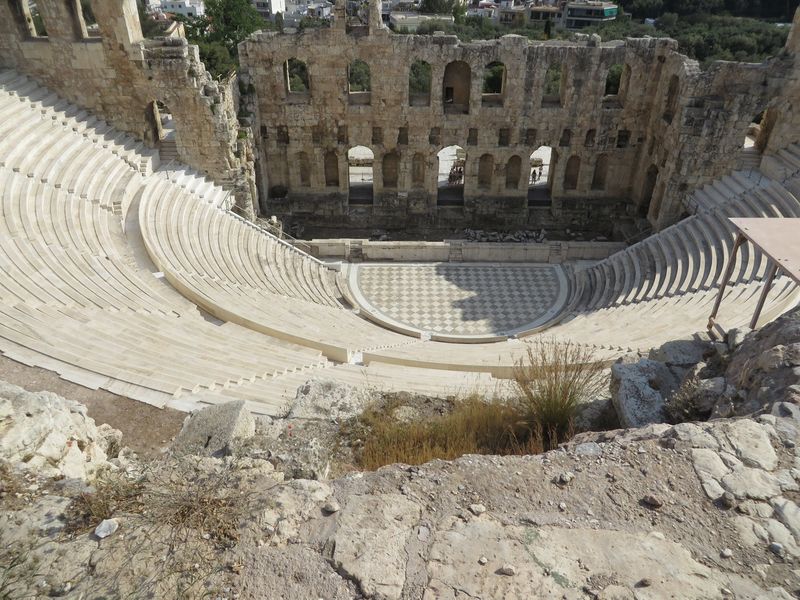 Walking across the entire south slope, we came to the Theater of Dionysus and then exited from that side, near the Acropolis Museum. 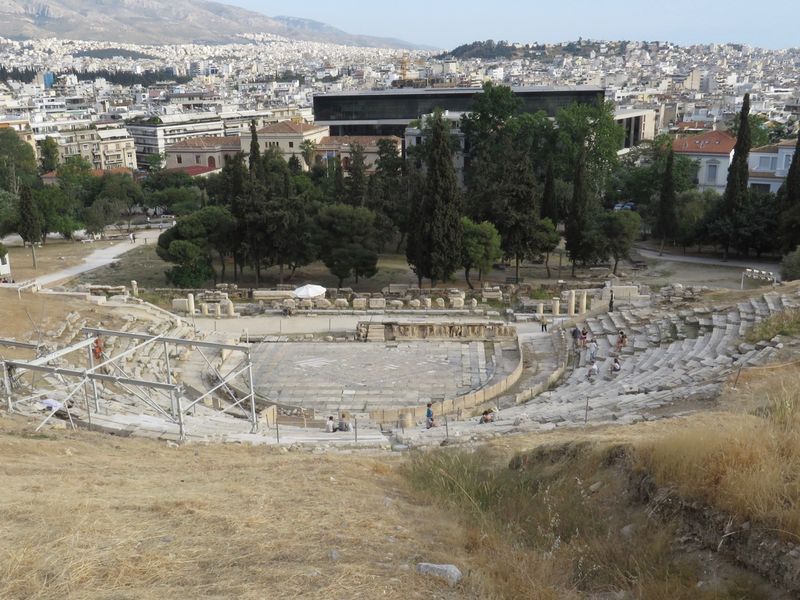 Close to sundown now, we walked to Syntagma and took metro home. Exhausted, we ate some of our food in the room, and collapsed on the bed.
Addresses
Taverna Aris
Sofokleous 17-19
Link to Day 5
— Eileen Samberg

Published by Eileen and Larry Samberg on April 26th, 2018