We had an early flight so we were up at 4:30. Breakfast and onto the bus. We flew to Baltra Airport in the Galápagos from Quito with a stop to pick up and drop off passengers in Guayaquil. (Note that although Quito is the capital, Guayaquil is the business center of the country and the most populous city.)
When we got to Baltra (Baltra is an uninhabited island where the US built an airstrip during WW2. It now is home to the airport in the Galápagos.), we took a short bus ride to a short ferry ride across the strait (Itabaca Channel) between Baltra and the larger island of Santa Cruz. Then we had a 20-30 minute bus ride to our hotel, the Royal Palm, in the lush highlands in the middle of the island.
On road before the hotel are Los Gemelos, twin sinkholes, surrounded by scalesia forest. 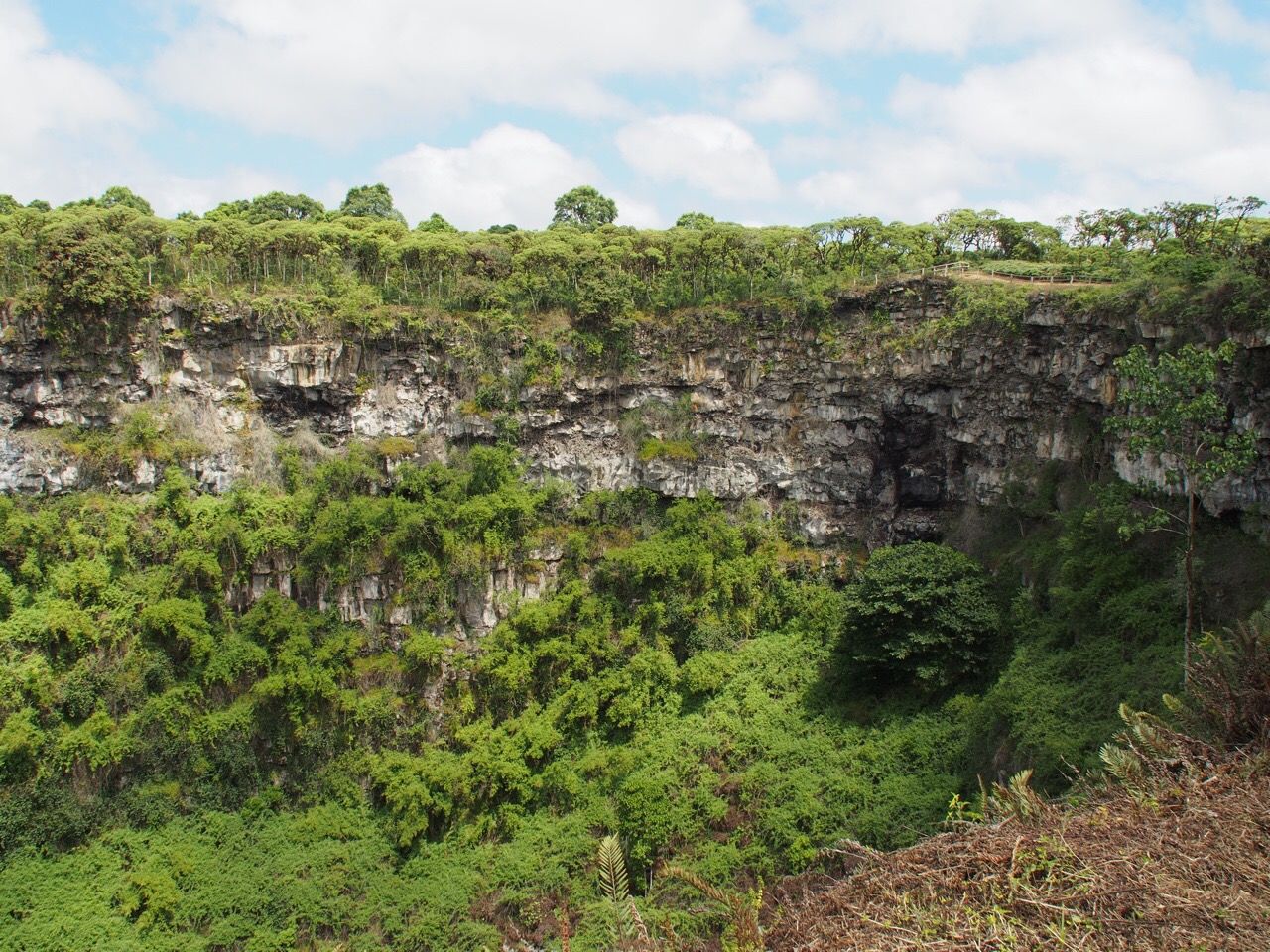 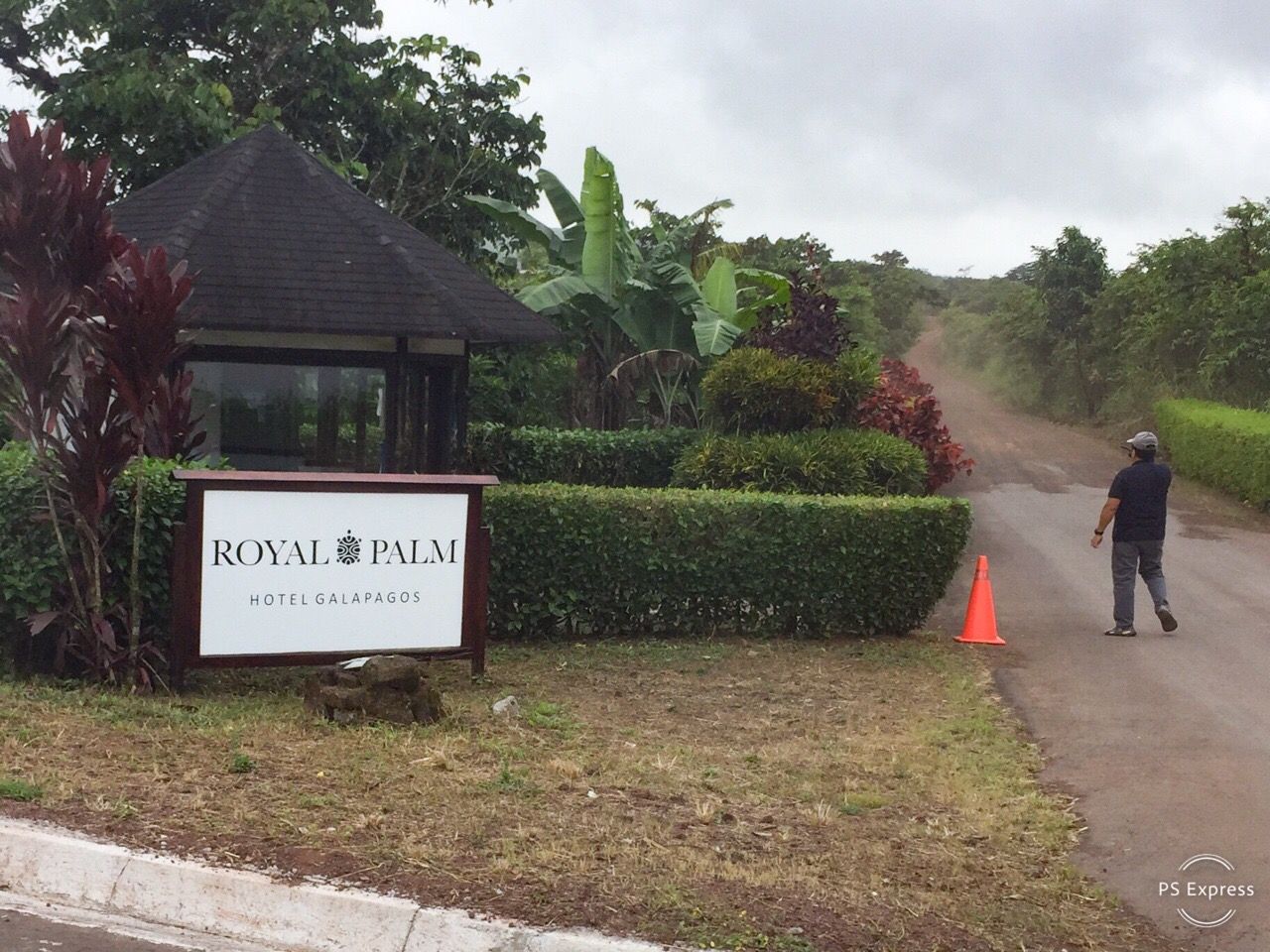 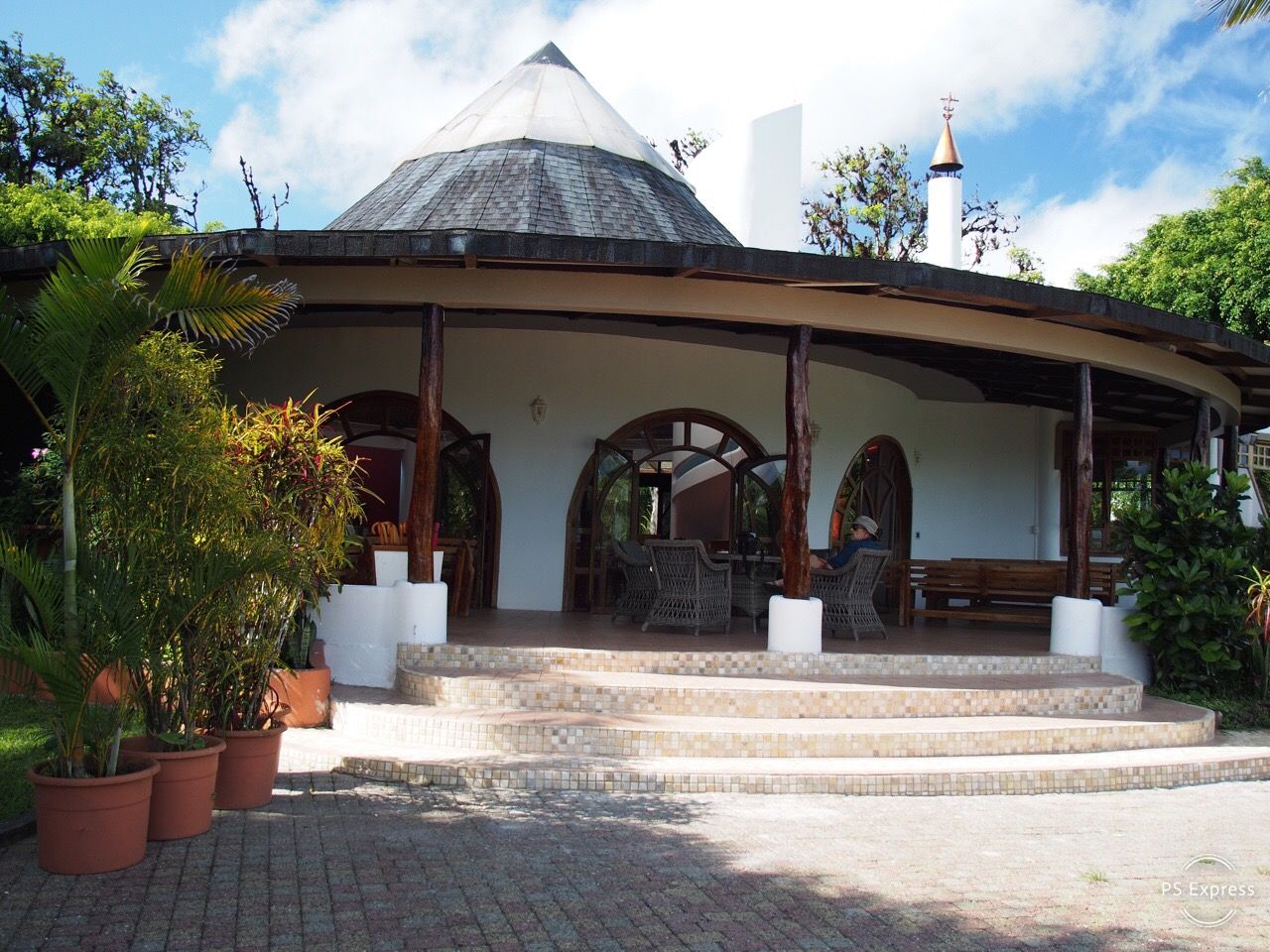 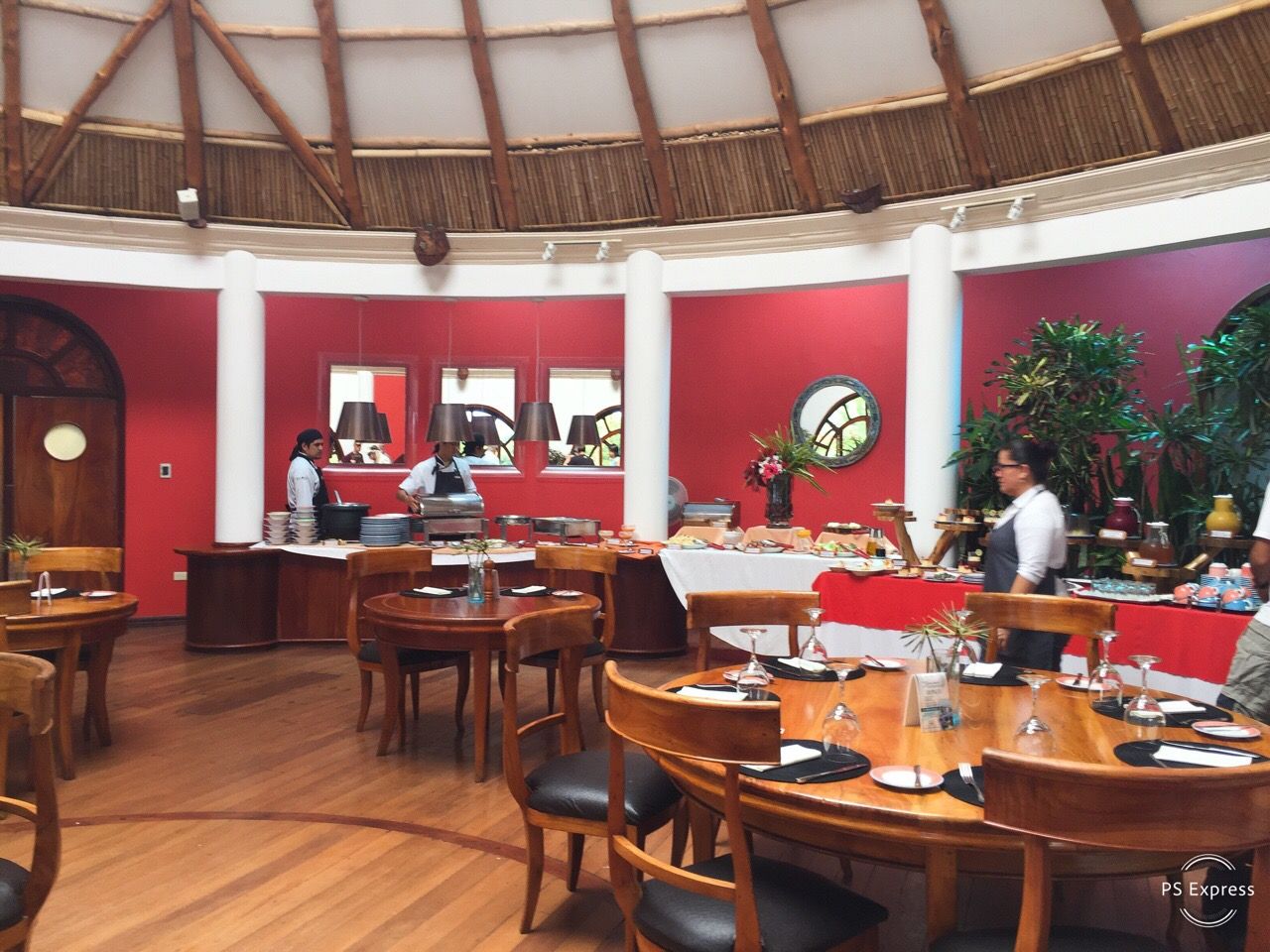 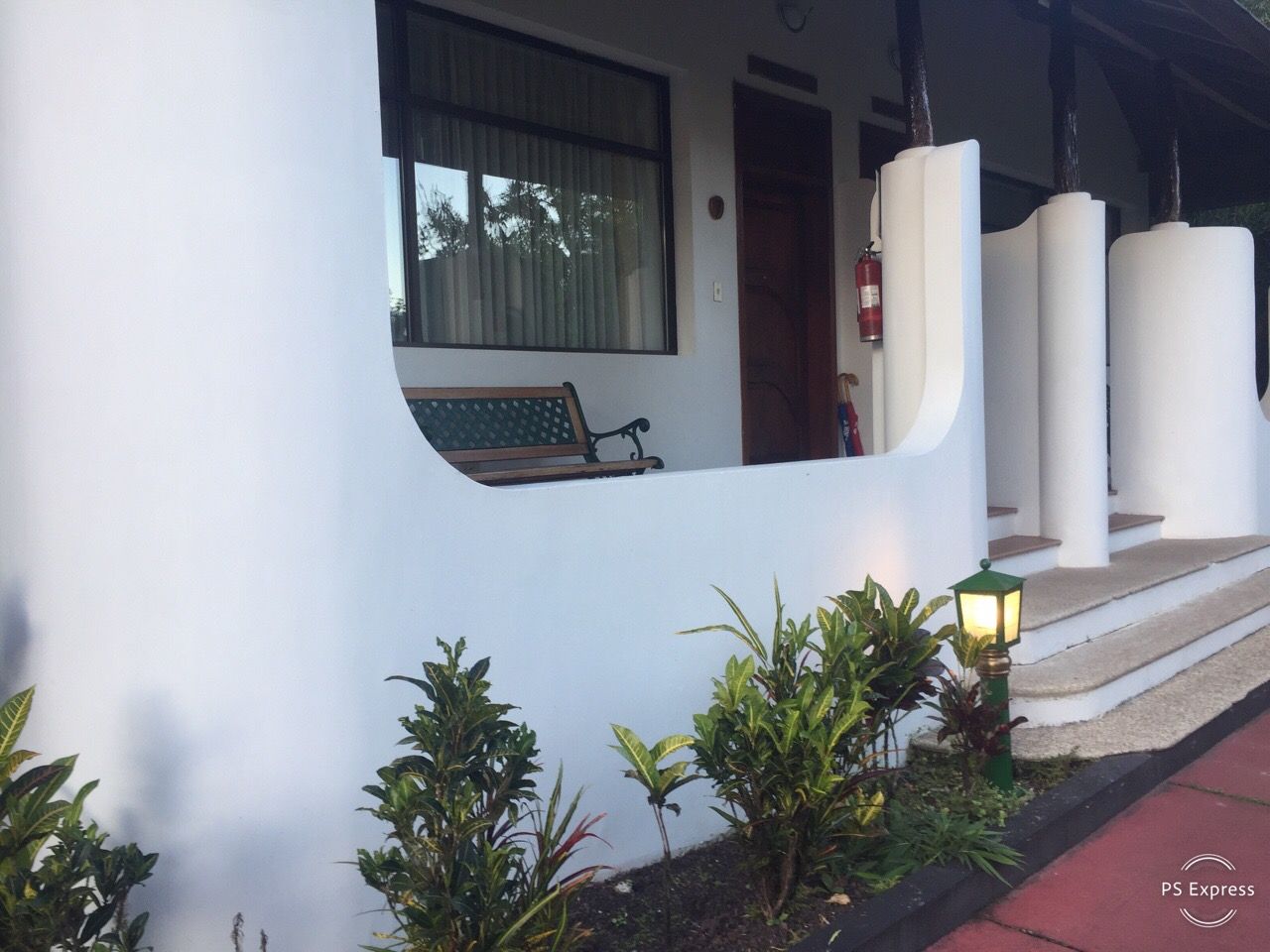 We learned that 97 percent of the Galápagos is national park, with people living and farming on the remaining 3 percent. The highlands, where our hotel is, is the main agricultural area, with Santa Rosa, Bella Vista, and Puerto Ayora the main populated areas on Santa Cruz.
There are seven generally accepted vegetation zones, defined by altitude and position on each island. Generally the higher up, the wetter the climate, and the south sides of the islands are wetter than the north. The first four are coastal, arid, transitional, scalesia, with the Royal Palm in the moist scalesia zone.
After lunch and an hour to relax we headed off by bus to Playa el Garrapatero. (The following map shows the airport, our hotel, and Garrapatero). 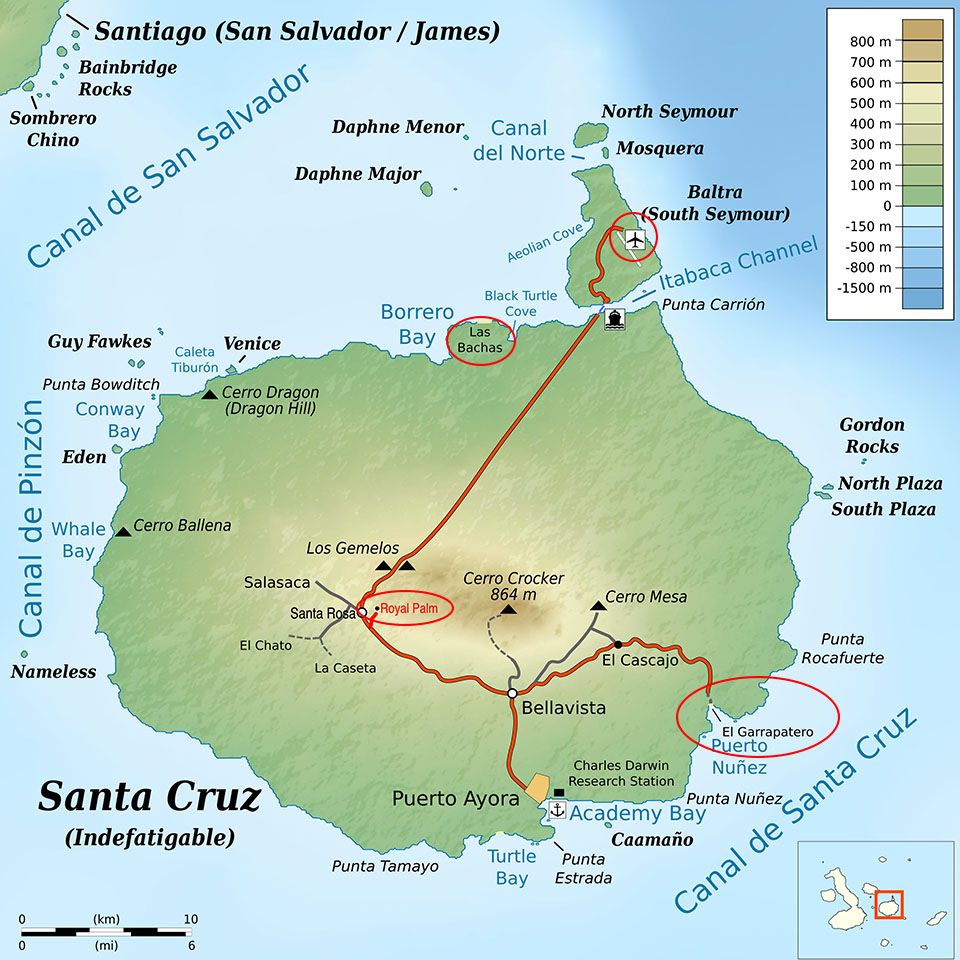 We walked around the beach for a while, some wading and some swimming, taking pictures of Sally Lightfoot crabs (both large and small), a marine iguana, lava lizard, and several birds. 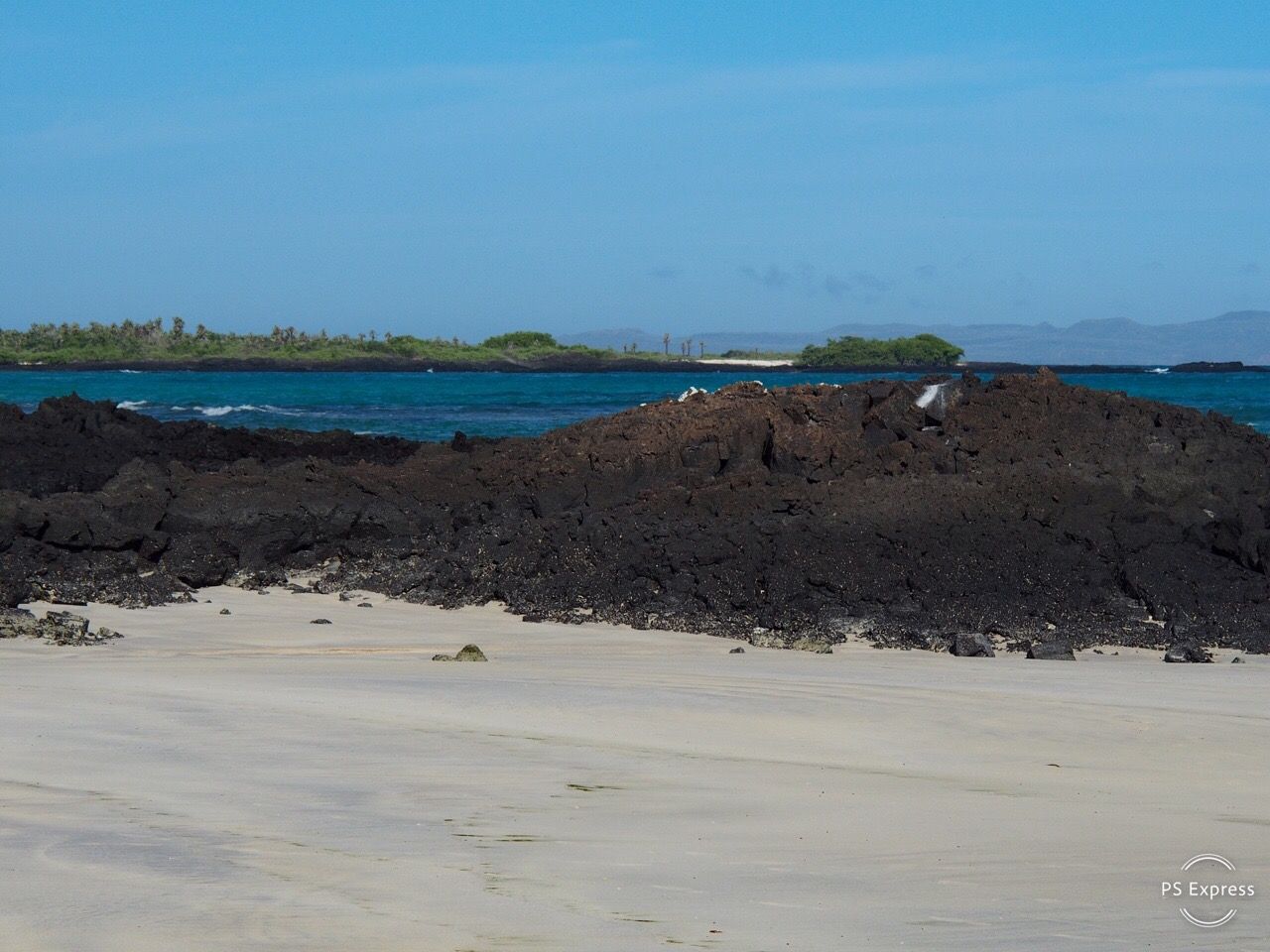 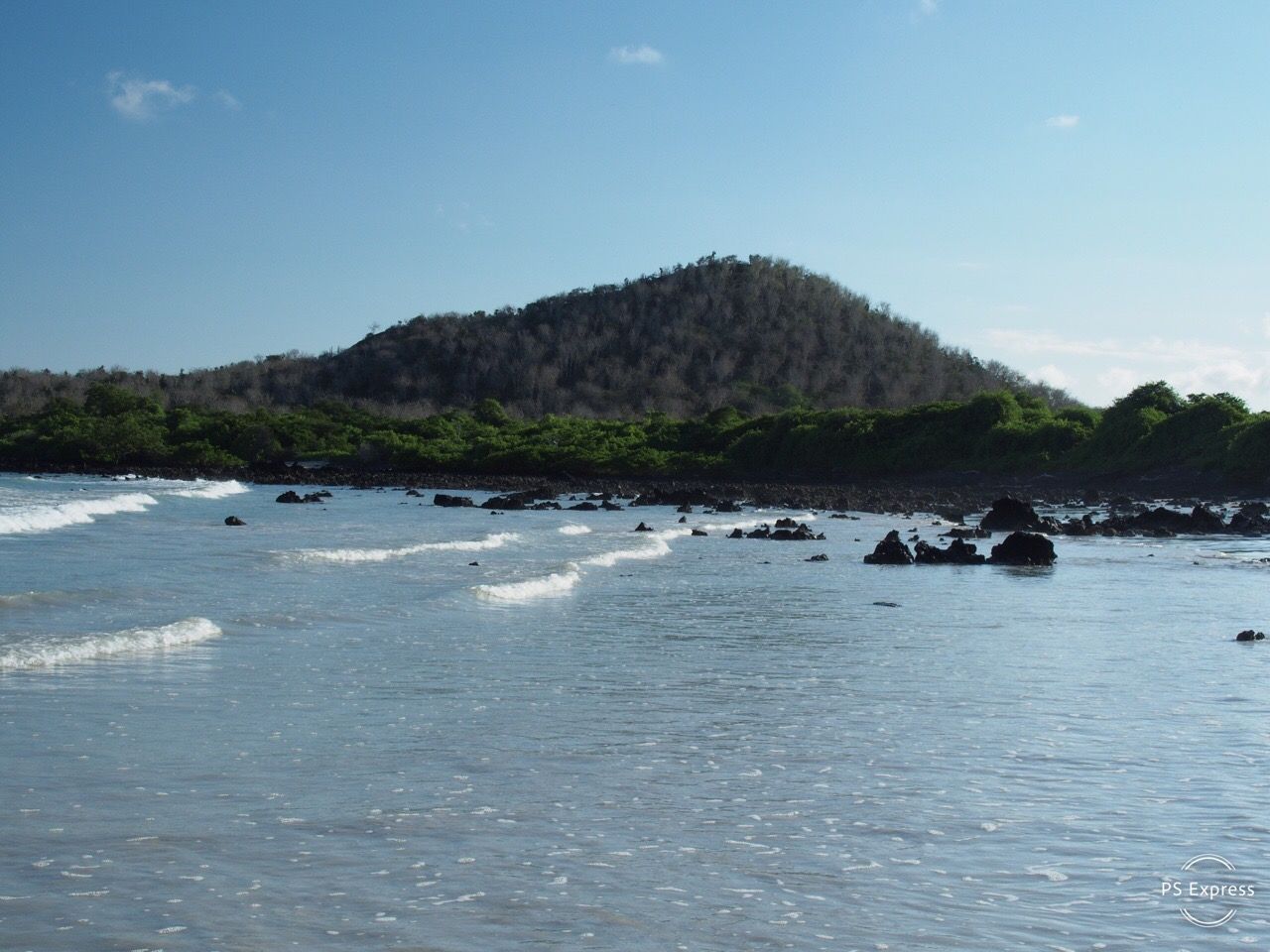 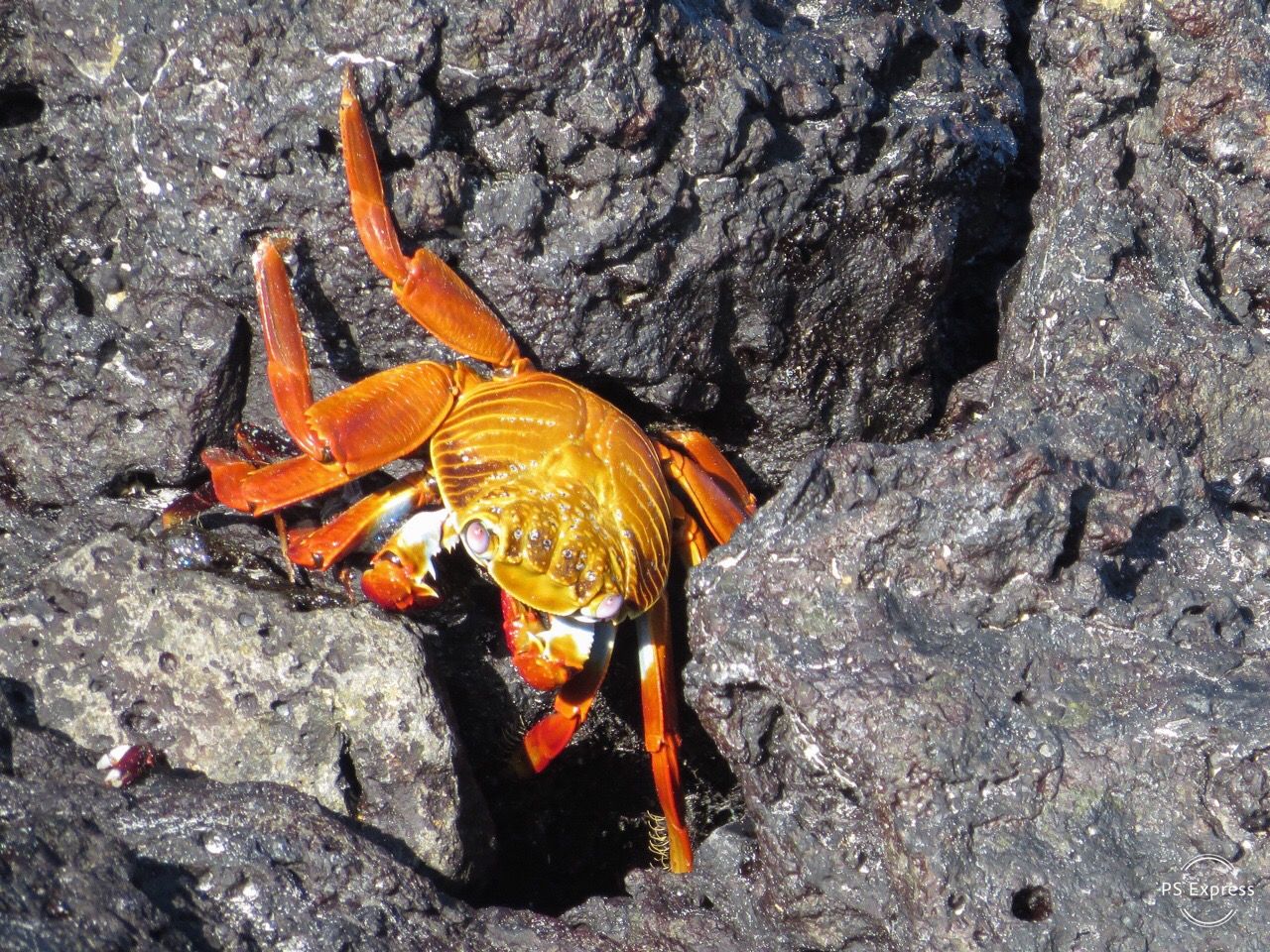 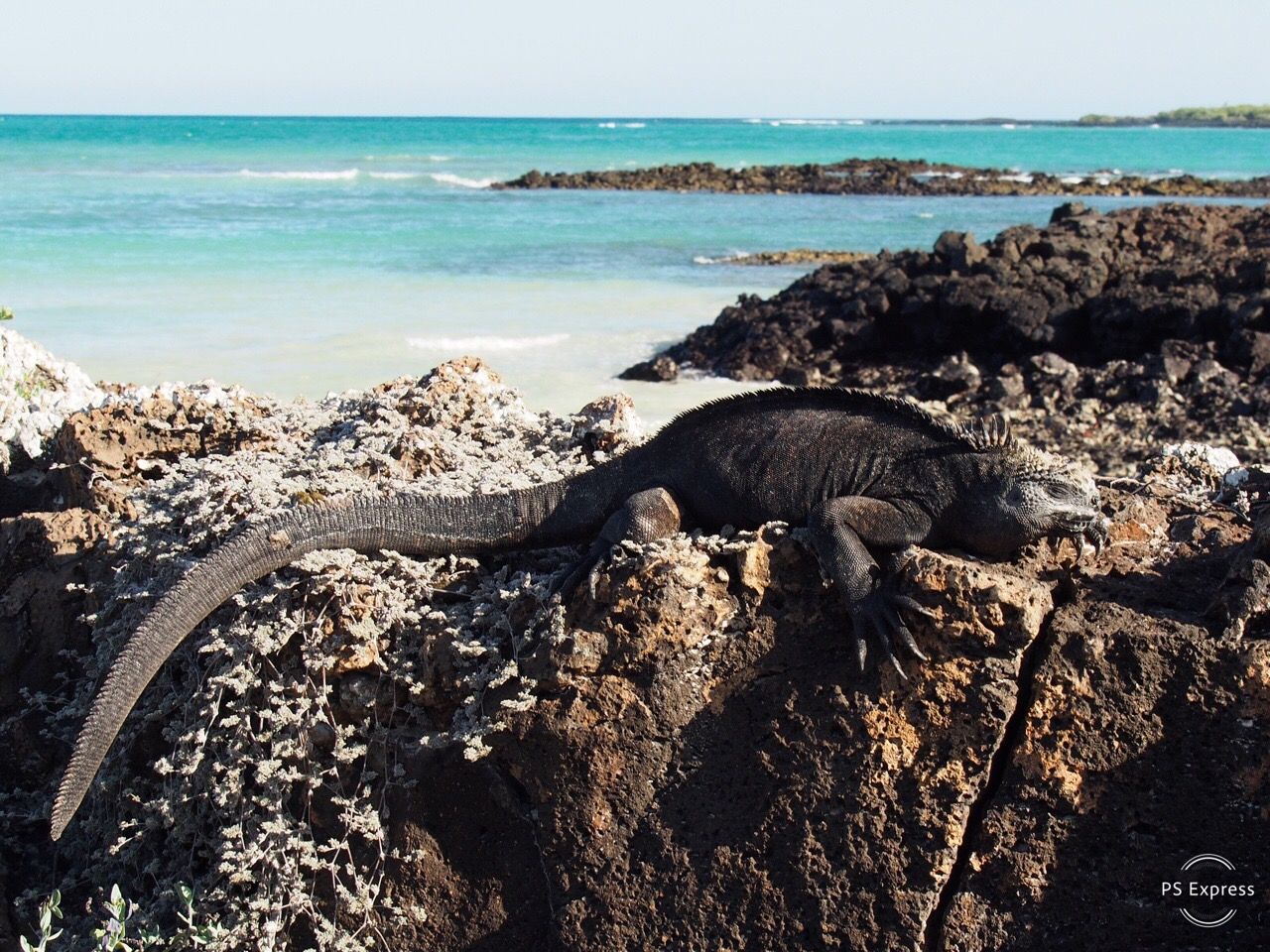 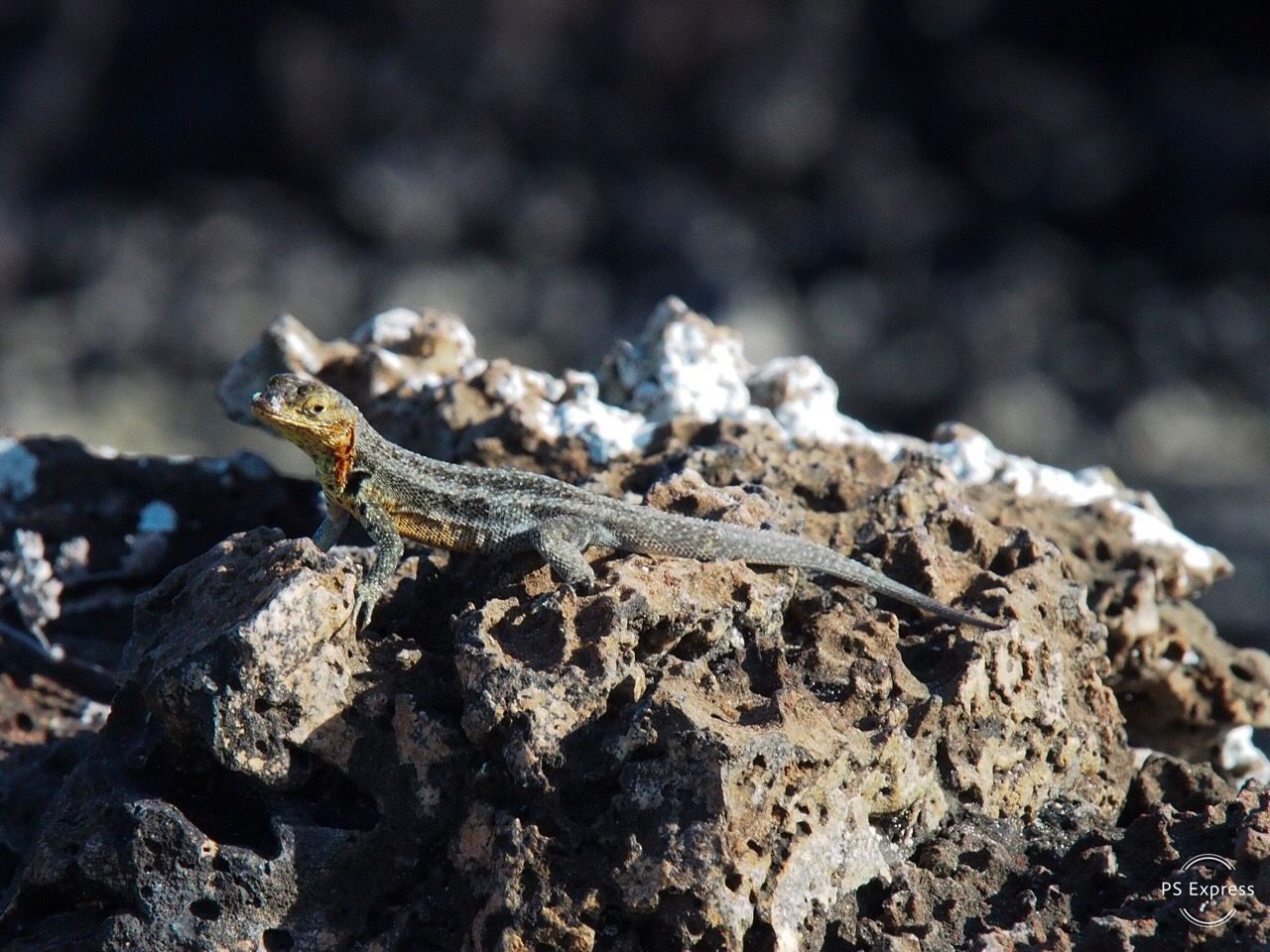 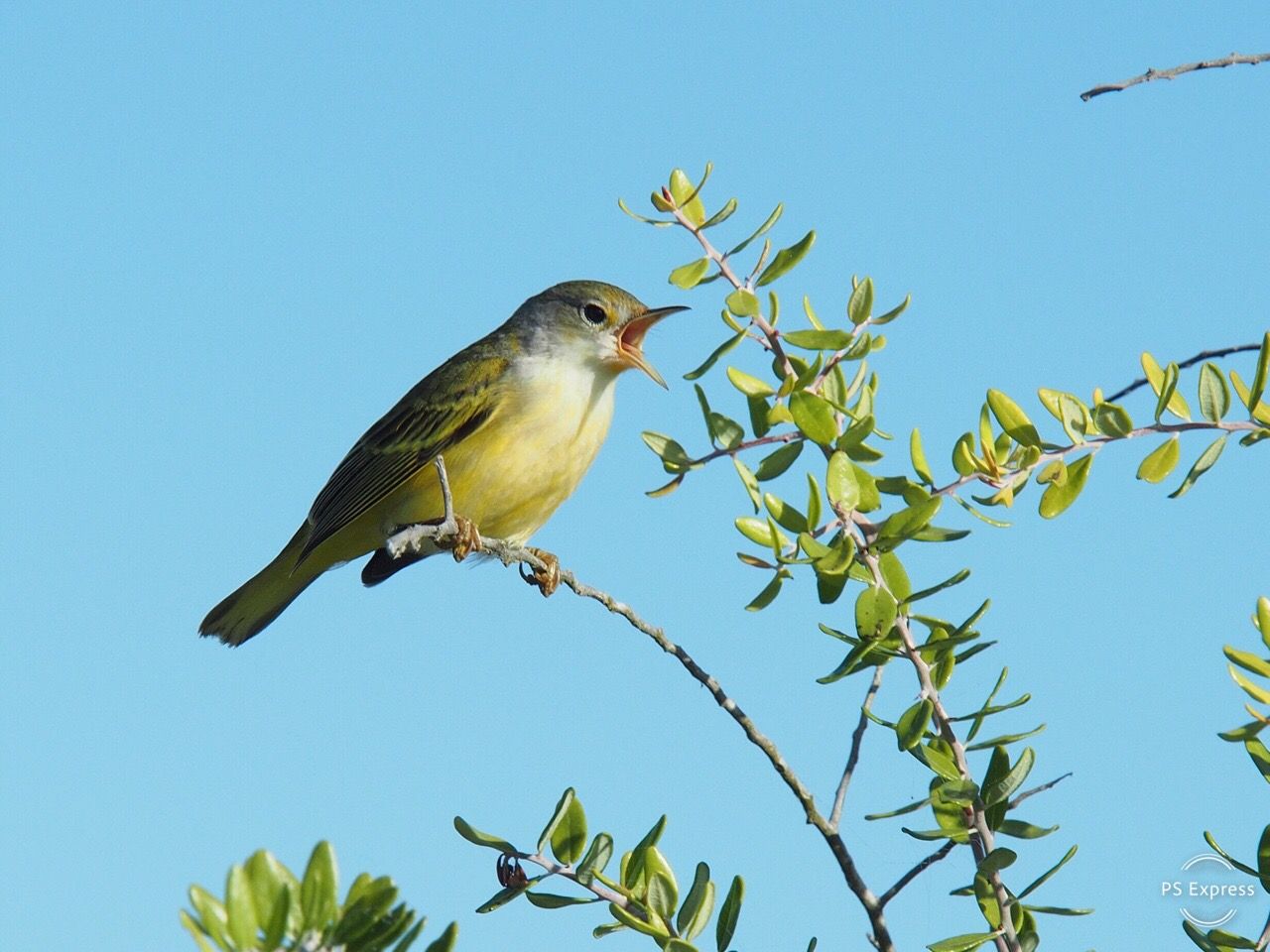 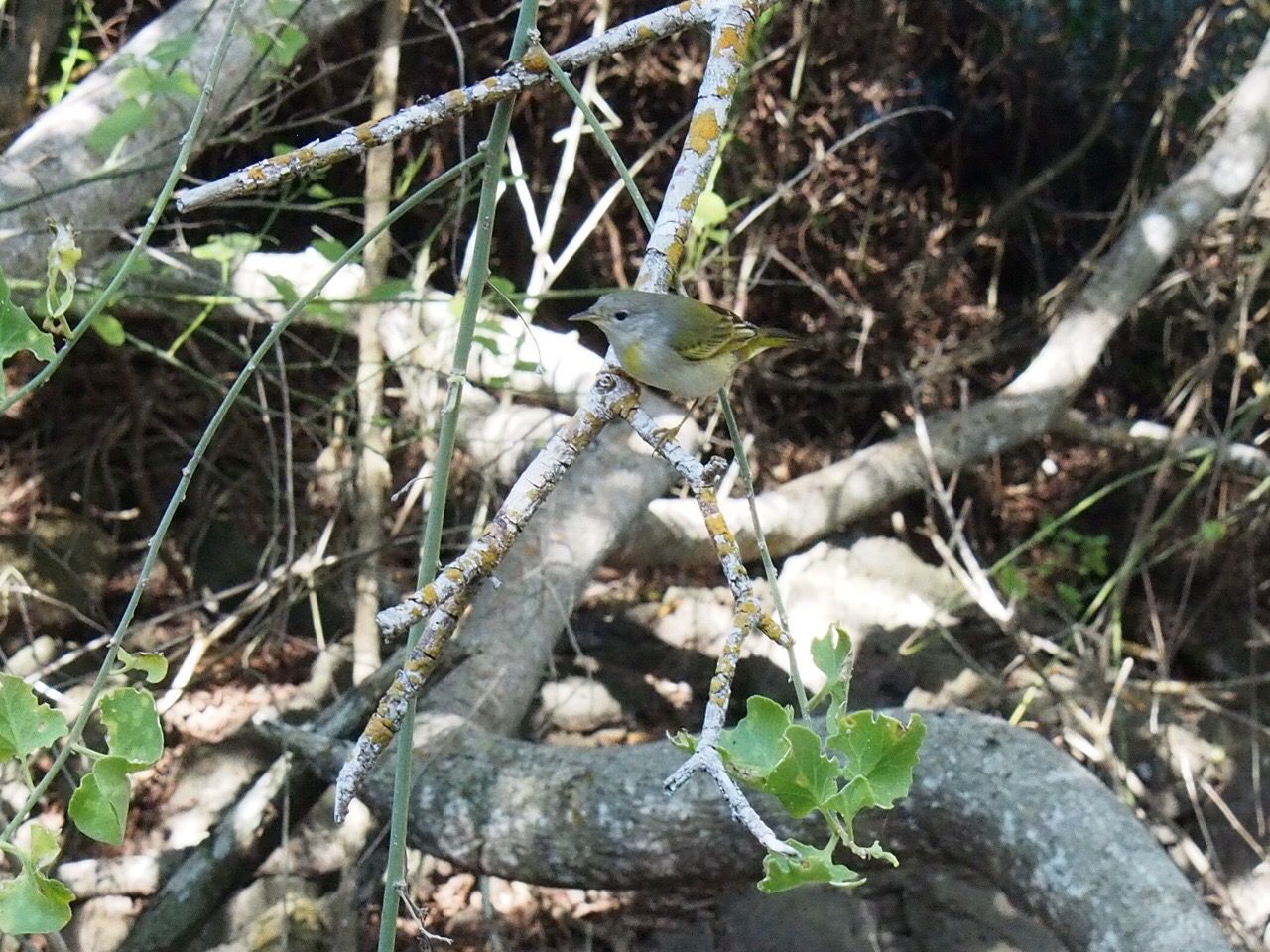 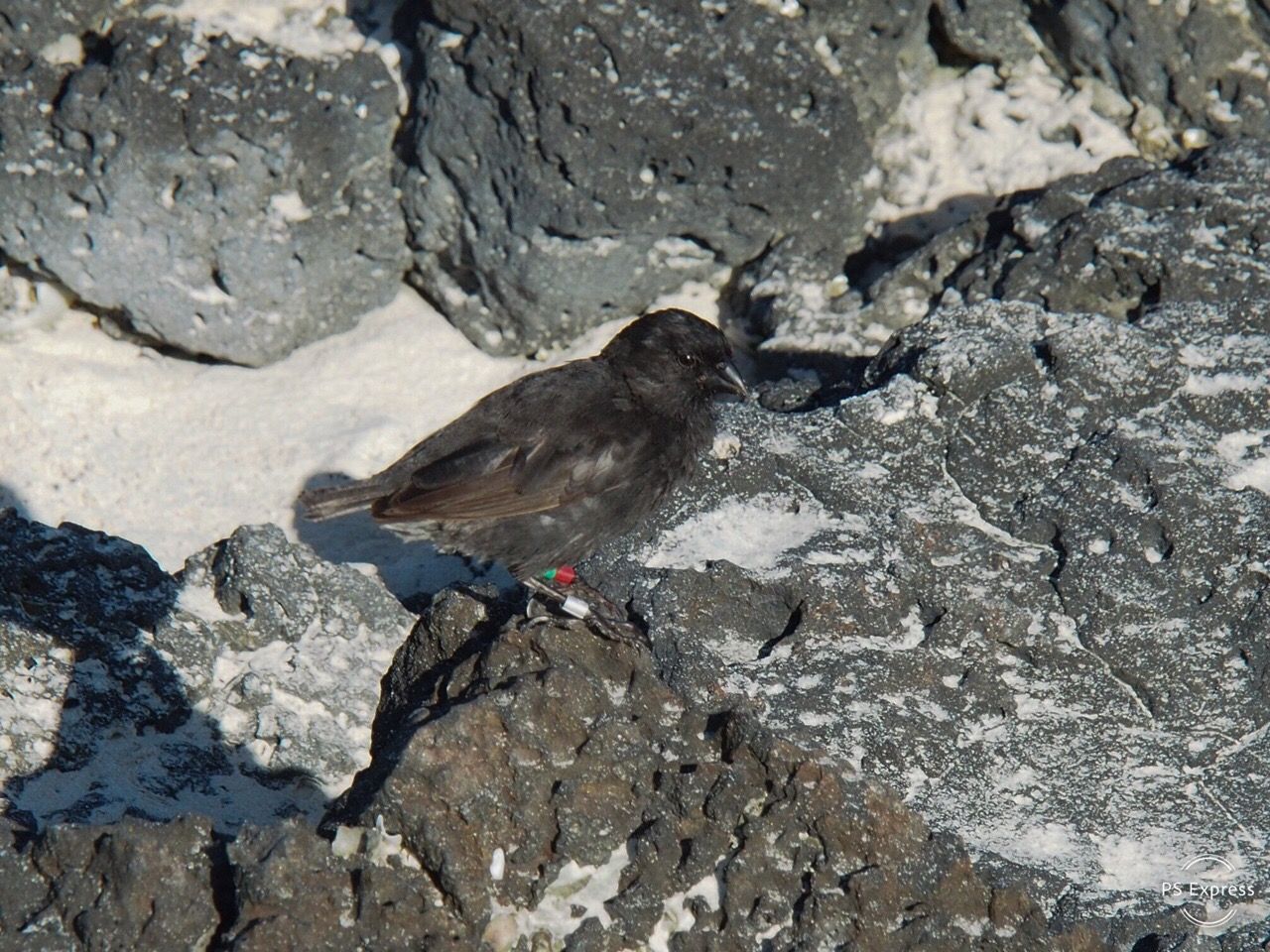 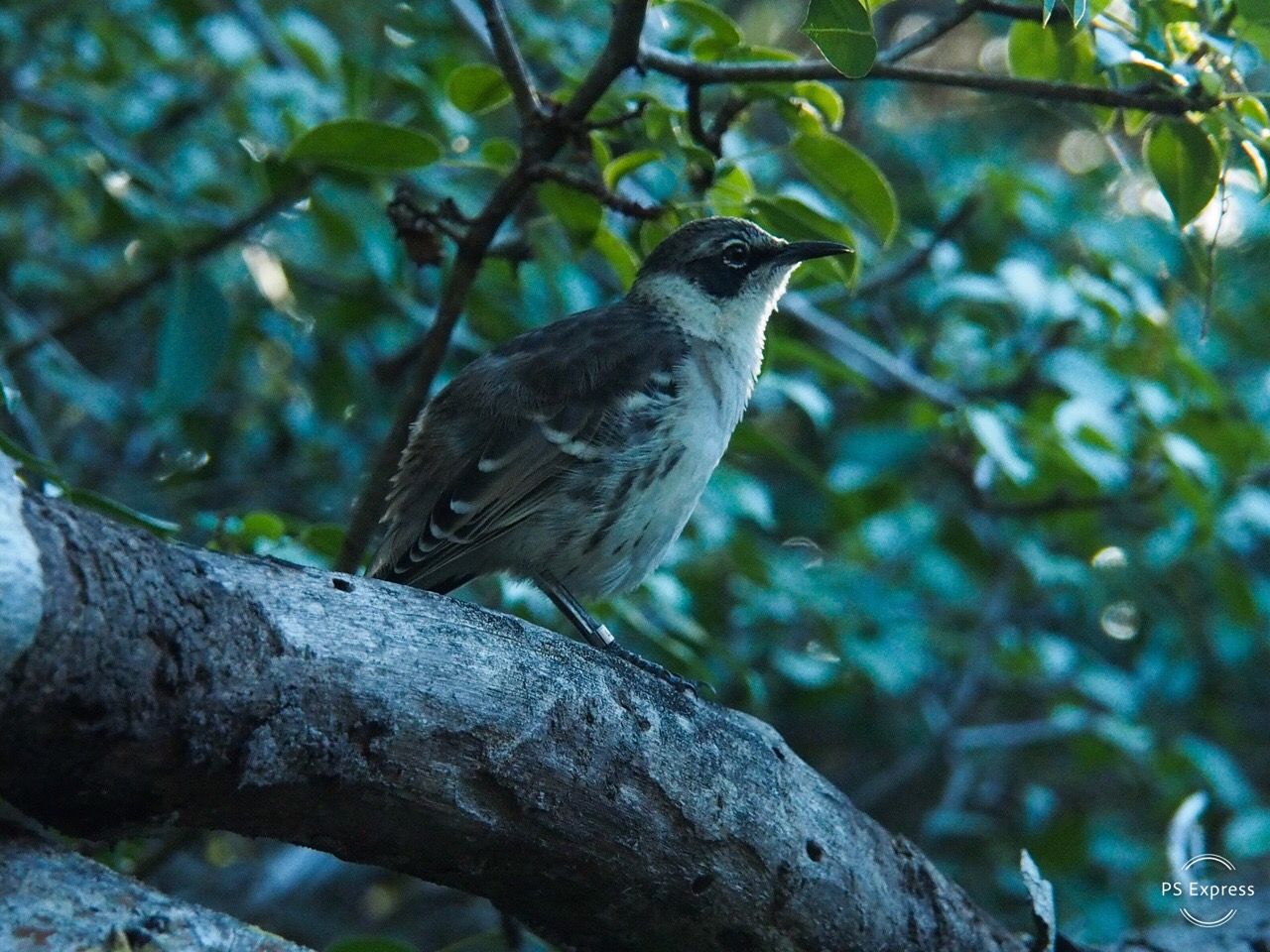 We then headed back to the hotel for dinner, and then to bed.
Links:
Royal Palm Galápagos Hotel
Link to Ecuador – Day 4

Published by Eileen and Larry Samberg on May 30th, 2019